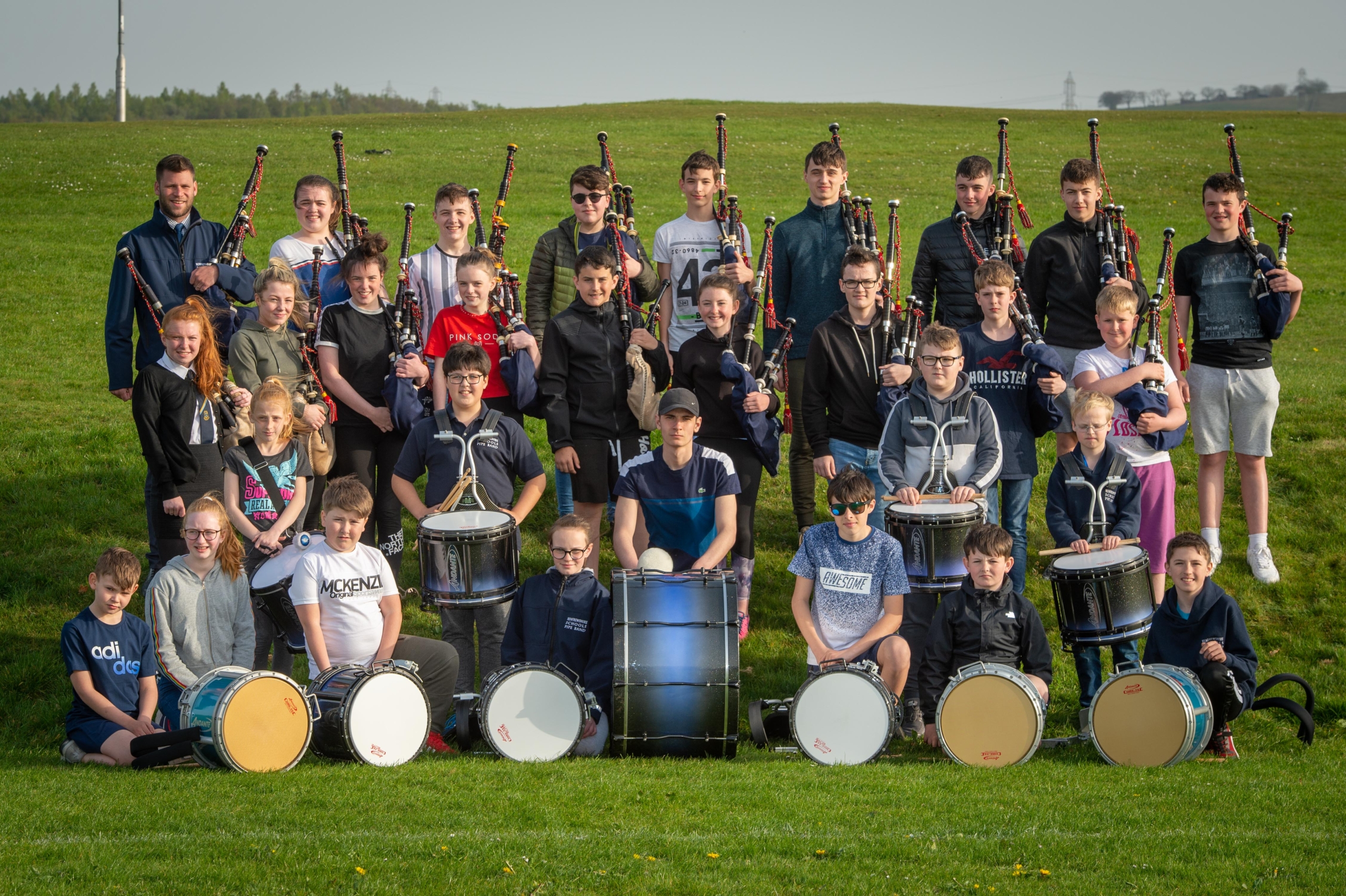 Renfrewshire’s best young bagpiping talent is tuning up to compete against the best in the world this summer – starting this month when one of piping’s biggest events comes to Paisley.

The Renfrewshire Schools Pipe Band will take to the arena at British Pipe Band Championships on Saturday 18 May ahead of a summer competing in several of world piping’s ‘majors’. 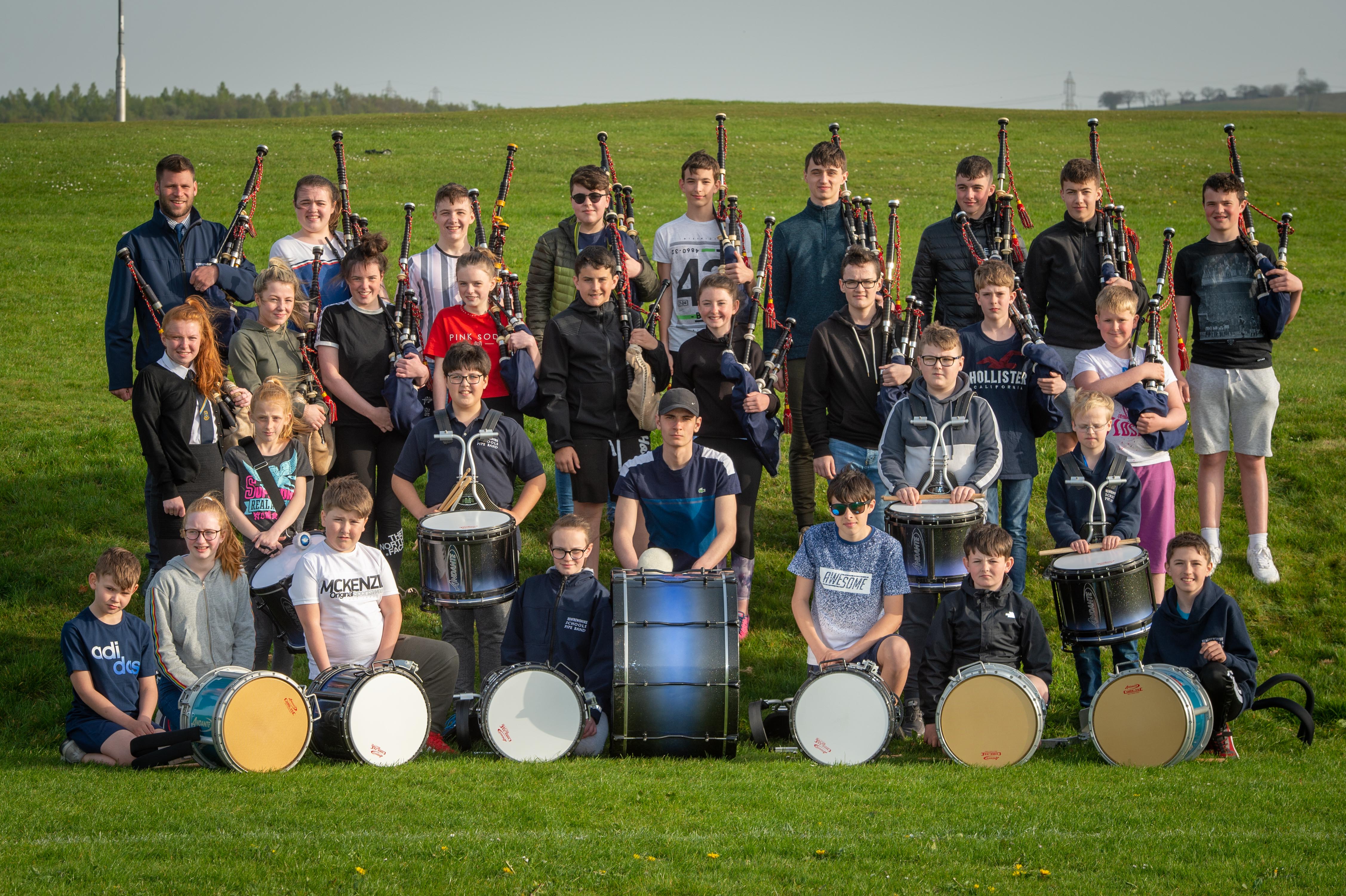 The free-to-attend event takes place at the St James Playing Fields and includes a programme of family entertainment and free transport to and from the site.

At last year’s British Championships the schools band performed superbly well to finish third in the Novice Junior B category – in their first major championships experience.

And while pipe major Keith Bowes admits competition will be tough, he believes the youngsters are making superb progress. He said: “Last year we competed at the British Championships and came third – in our very first major championships.

“It was a bit of a shock to do so well in our first one and while it will be hard to better that, we are in a better position than we were last year. 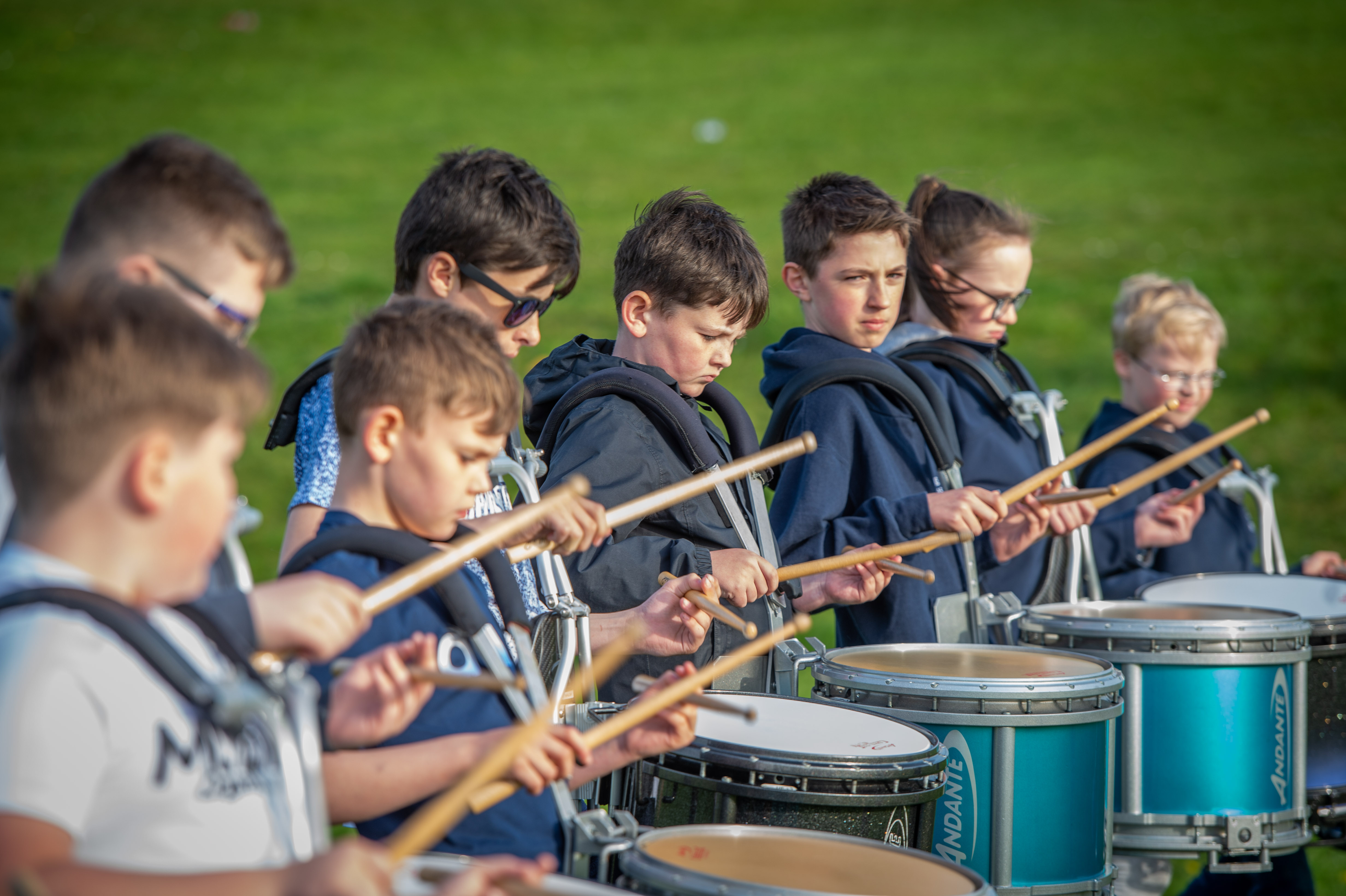 “The Inverness trip will be first overnight trip they’ve had together – it will be two days away with family there to support them, and that will be a great experience for the pupils.”

The 17 pipers and 14 drummers in the band come from P6 up to secondary school. They each get expert tuition in their own schools from a team of instructors led by Keith – and gather once a week for full-band practice in Johnstone.

The band are part of a wider investment in school music by Renfrewshire Council – which this year put an additional £500,000 into keeping tuition free in all local schools to make sure all pupils can access the benefits culture has on young people’s wellbeing and achievement. 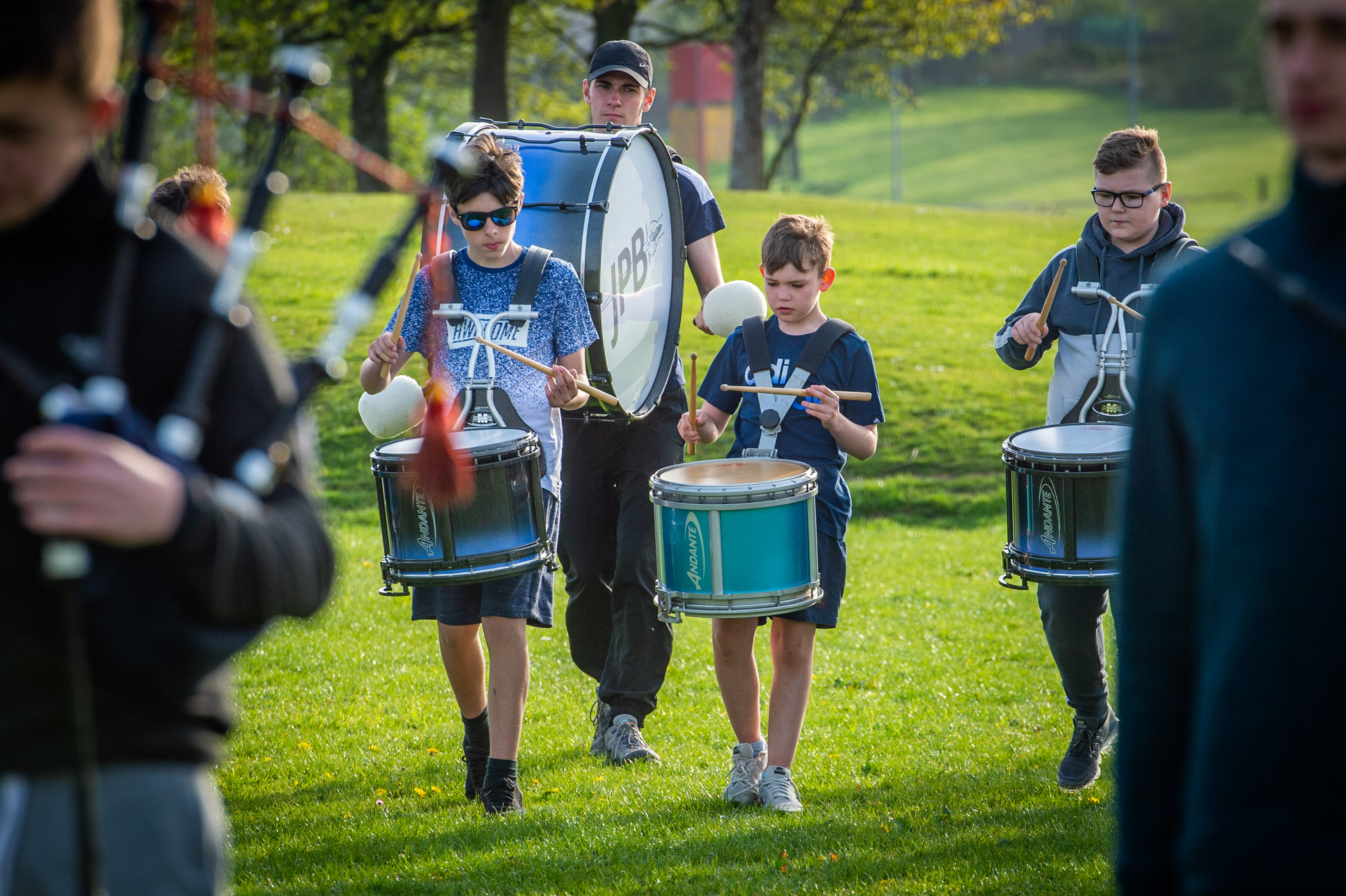 And Keith – also the pipe major of the Johnstone Pipe Band, which competes in the elite Grade One category – says he can already see evidence of that in the young people he works with.

He added: “This is now third season of the band and every year numbers have gone up. There are now pipers and drummers across 20 different schools in Renfrewshire.

“You can see benefits in them – being in the band is improving their confidence and discipline, as well as their all-round music skills.

“I’ve seen young people join the pipe band and became friends with kids from other primary schools which feed into the same high school – so they made new friends before they got there.

“They are also learning what it means to represent their schools. Many of them have represented their school at functions – and played at school concerts and graduations.

“We also have some kids who have represented the area as part of the national pipe band – meaning they are playing in big concerts in places such as the Royal Concert Hall in Glasgow.

“We are hoping to grow the band further – and also that when pupils they leave school will join one of the other local adult bands and help keep piping in Renfrewshire thriving.”

The British Pipe Band Championships are hosted by Renfrewshire Council and the Royal Scottish Pipe Band Association and are taking place in Paisley for the fourth successive year.

The free-to-attend event is at the St James Playing Fields from 10am to 7pm on Saturday 18 May and include a free day of family entertainment, Highland Games, food village and bar.

There is free transport on the day with McGills running shuttle buses to and from the event site from Paisley Gilmour St station, as well as the two free event parking sites at St Mirren Park in Greenhill Road, and West College Scotland in Renfrew Road.

For more info on the event, see www.paisley.is