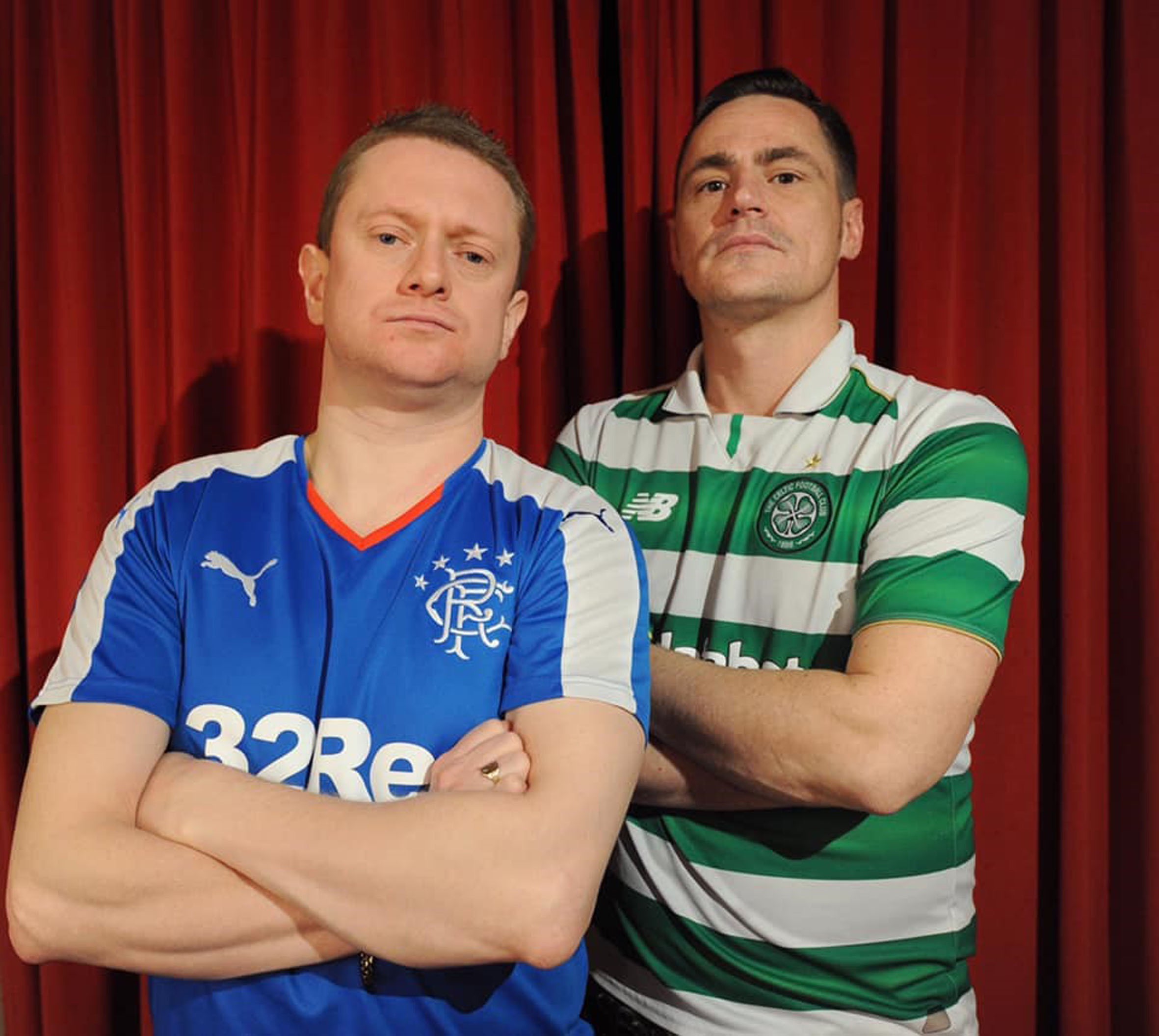 The Old Firm fans Billy and Tim are back with the hilarious new sequel, Singin’ I’m No a Billy He’s a Tim 2, written by the award winning Des Dillon.

The show is coming to Johnstone Town Hall on Friday 27 September at 7.30pm. Log on to www.renfrewshireboxoffice.ticketsolve.com to buy tickets.

Scotland’s most lovable rival football fans make a bet that backfires in spectacular fashion during the Scottish Cup Final at Hampden Park. Throw in a wee Gallus ghost on a mission from God and Polish nurse with a short fuse and watch the comedy unfold.

This will be the first ever national tour for the production, having only ever been shown once previously at the Pavilion Theatre in Glasgow. The tour is not only being produced and directed by Chris Taylor but he will also be taking on the role of Tim once again.

Chris says “It’s been a pretty manic few months but I’m loving every minute of it. I’ve got so much faith in Des’s script it helps ease a lot of the pressure. Also, we have a really strong cast with Gary Morrison as Billy, Neil Bratchpiece (The Bam Whisperer/Scot Squad) as the ghost, and the fantastic Zofia Sokolowicz as the nurse. In fact, Zofia is flying all the way from Poland just to play the role.

“I’m really looking forward working with them all and getting this great show out to the masses across the country.  It’s selling really well already and we have been constantly adding more shows, so it’s great to see the love for Billy and Tim is still there.

“And I can say with confidence that if you liked the original then you will be in bits at this one. It’s one of the funniest shows I’ve ever been involved in”.

Chris and the team will be performing at 16 venues across the country during September.