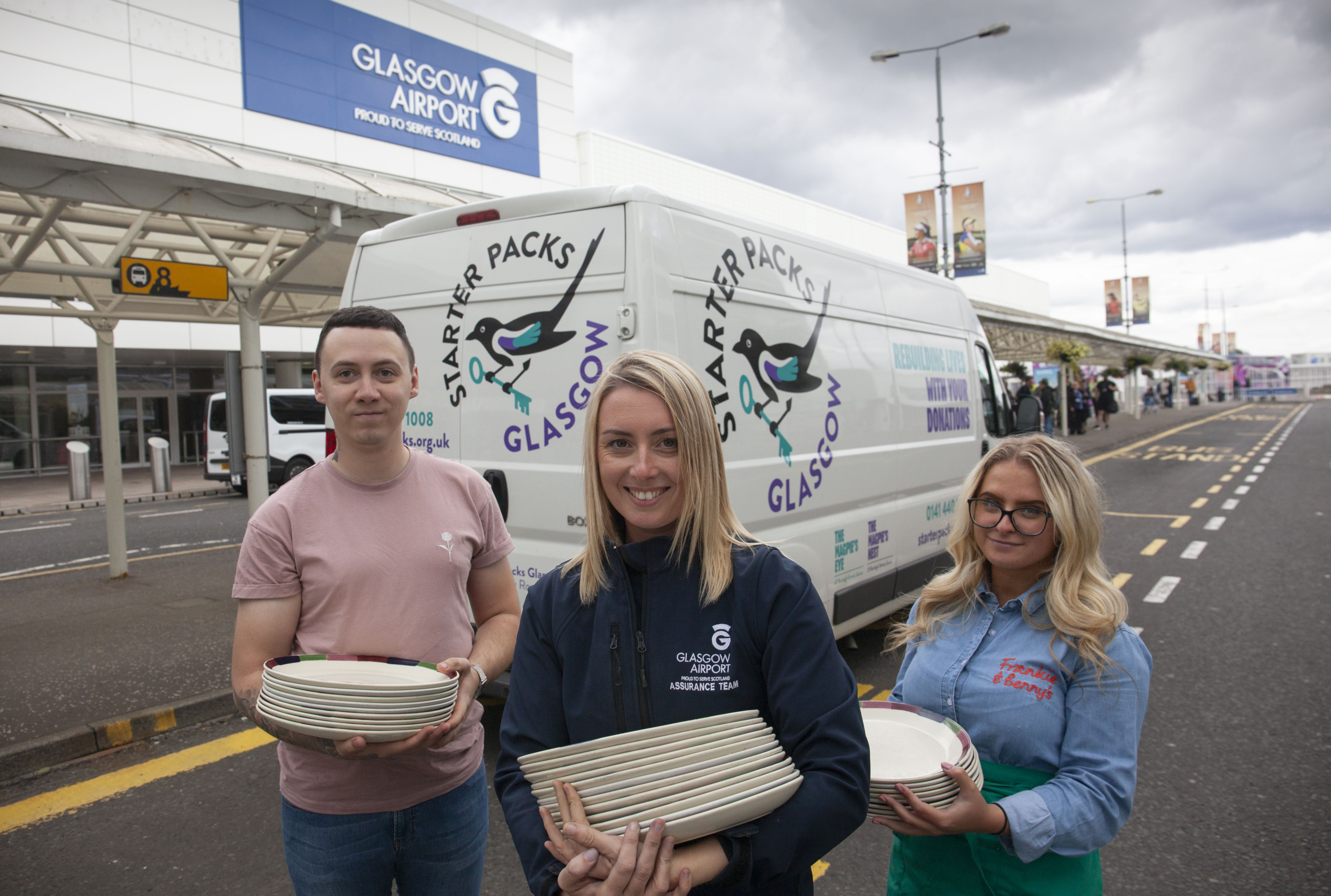 It was a case of daylight crockery at Glasgow Airport today (Wednesday 28 August) as big hearted bosses at one of the travel hub’s restaurants donated dozens of dining sets to a city-based starter pack charity. 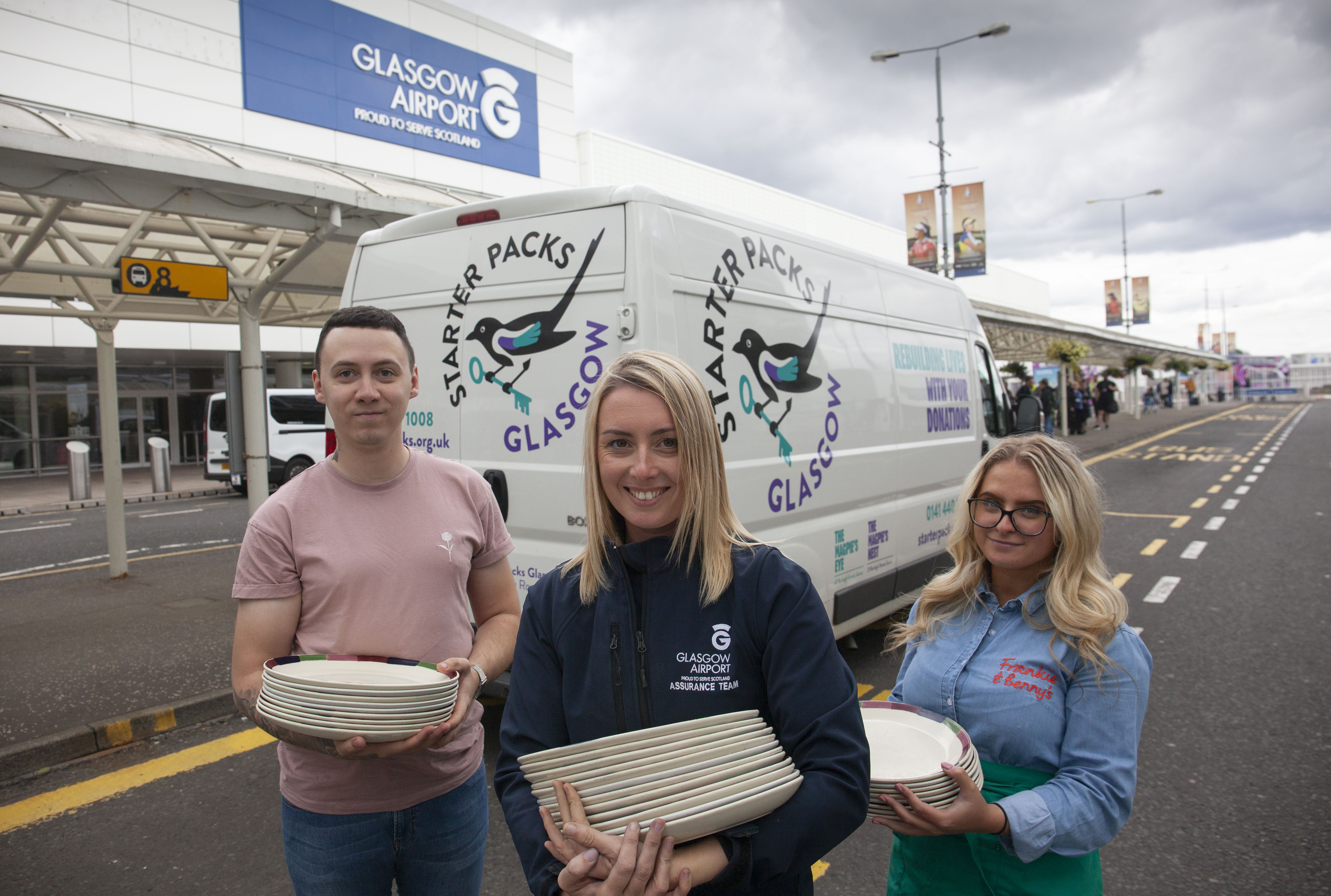 Rather than simply dispose of the crockery and cutlery, the restaurant’s manager Graeme Emslie asked Glasgow Airport’s sustainability team if they knew of any way the dining sets could be put to good use.

The airport’s sustainability assurance manager Kirsty Webster said: “As a responsible business we are committed to reducing our environmental impact and being a good neighbour. We were determined not to just dispose of the cutlery sets as there were so many of them and they were brand new. Luckily, one of my colleagues told me about the charity Starter Pack Glasgow, which is based in Govan.

“The charity helps new tenants, many of whom have been previously homeless, get started with household items they may struggle to afford when moving into a new home.

“It was a win-win situation really. We were really chuffed that staff from Starter Pack Glasgow were happy to take all the items and put them to use and in doing so Glasgow Airport could further cut down on waste.”

The reuse of the Frankie & Benny’s crockery is the latest move by Kirsty and her team to reduce waste and ensure Glasgow Airport continues to build on its green credentials while also supporting local charities and organisations.

In June this year, the airport donated a surplus bus to Help the Homeless Glasgow to be transformed by the city-based charity into a mobile drop-in support unit.

Kirsty also issued more than 5000 branded reusable water bottles to staff across the airport in February to help cut down on single-use plastic. To help get the message across, she enlisted the support of anti-plastic primary school pioneering pupils the Sunnyside Ocean Defenders.

In March, the airport invested more than £200,000 to introduce an eight-strong fleet of Mitsubishi Outlander PHEV hybrid vehicles and charging stations to its operation.

Gavin Dunbar, general manager at Starter Packs Glasgow, said: “We are so very appreciative of the donation of crockery from Frankie and Benny’s facilitated by the folks at Glasgow Airport.

“We’re supporting 25-30 households a week currently, and with every pack containing a minimum of four place settings to help people settle into their new homes, this is a huge help to us in supporting folks making a fresh start. Thank you so much!”

To find out more information on the charity visit: www.starterpacks.org.uk