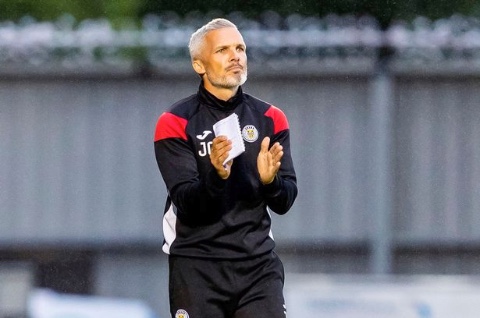 St. Mirren needed the Premiership playoffs last season to save their top-flight status. After finishing 11th in the Scottish Premiership, the Saints overcame Scottish Championship team Dundee United to preserve their place in the division. Now, after that dramatic penalty shootout wins, according to hardbonuscode.co.uk St. Mirren have started the new season in the top flight. Yet, the Saints haven’t got off to the start they had hoped for.  if you are a St. Mirren football fan in Scotland, you can wager on the Saints every matchday in the Scottish Premiership by entering this exclusive Totesport Promo Code.

After three games of Scottish Premiership play, St Mirren sits eighth in the table with three points from nine possible. A loss to Hibernian and Rangers were close-run affairs. Meanwhile, a home 1-0 win over Aberdeen was a solid result from the Saints.

Now, St. Mirren have plenty of room for improvement with winnable matches on the horizon.

Goodwin can be a fine coach at St. Mirren

Former Saints player Jim Goodwin took over the squad in the summer following the departure of Oran Kearney. The manager added 10 players to the St. Mirren squad ahead of their loss to Rangers over the weekend.

Although the attack has only scored one goal in three matches, Goodwin’s defense has received praise for conceding twice in 270-plus minutes of football. Rangers’ goal in game week 3 came from a moment of brilliance as Borna Barisic’s free-kick landed in the back of the net from an unlikely distance.

Goodwin was always on a tough road at St. Mirren this season. The player turnover and the loss of first-team coach Jimmy Nicholl, who left to coach at Dundee, were frustrating. The manager has had a lot of work to sift through since his arrival.

Can Morias fill the goalscoring void?

St. Mirren scored 34 goals in 2018-19, which was the third-fewest of any team in the Scottish Premiership. Goodwin has attempted to rectify the Saints’ goalscoring problems by signing three forwards.

Tony Andreu arrived from Coventry City, Jonathan Obika joined from Oxford United, and most recently, Junior Morias was added from Northampton Town. Morias is perhaps the most exciting of the three. Even Goodwin described his signing as “very lucky”. 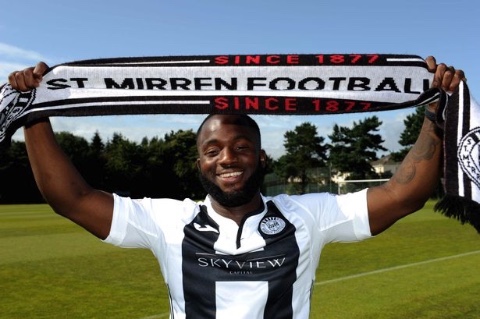 Morias spent time in the Fulham and Wycombe Wanderer’s youth systems before moving onto an assortment of lower league and non-league teams. In 2017, he popped up at Peterborough United scoring 10 goals in 45 matches. As is the case with many footballers, Morias was a casualty of a new manager taking over the squad in 2018. He went on to spend one season at Northampton Town where he scored six times in 19 League Two matches.

At only 24, Morias is a solid forward St. Mirren were shrewdly able to sign. Although Morias hasn’t got off the mark yet, Goodwin knows the striker’s quality should shine through as the season wears on.

St. Mirren have plenty of room for improvement. With Morias and the other nine players signed thus far, the Saints should ease their way away from relegation.

How to Increase Visitor Spending in Paisley – Using Online Services to Create...
Scroll to top
Go to mobile version