More than 550 people in Renfrewshire are picking up rewards for getting active after signing up to the Not Far? Leave the Car campaign.

The new campaign rewards people for leaving the car and choosing sustainable travel instead, such as walking, cycling or using public transport. 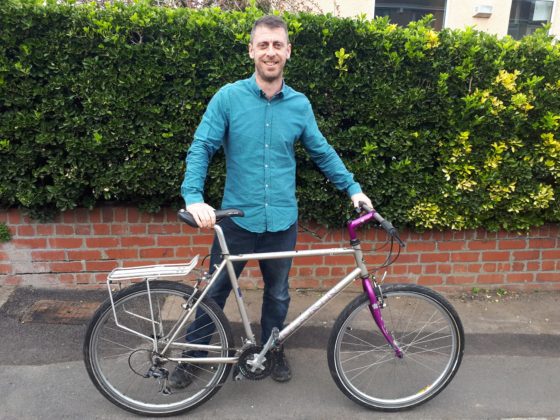 Any sustainable journey that means lower emissions than using the car automatically collects points which can be turned into prizes or discounts at local Renfrewshire and national businesses using the Better Points app, with more businesses being added all the time.

Rewards can be exchanged for discounts at local coffee shops such as Blend, Bianco E Nero and Nomads’, at John McKay Jewellers, as well as national retailers such as Decathlon, Argos, Currys, Halfords, Costa and Ikea.

Jack Windle, BetterPoints Behaviour Change Team Lead, said: “We’ve seen a fantastic response so far to the campaign in Renfrewshire with more than 550 sign ups who are getting active and getting rewarded at the same time.

“Your daily walk of cycle, or even commute to work, is now worth points that you can transform into prizes and all you need to do is download the app and sign up.

“We’re working hard behind-the-scenes every day to add more local businesses to the campaign so that you have even more choice for your rewards so get involved, you’ll be surprised how addictive getting active can be once you start!”

The campaign has been launched by Renfrewshire Council as part of a drive to lower emissions as the area aims to become net-zero by 2030 and also to promote healthier, more active lifestyles for local people.

To take part, people should download the BetterPoints app where they can sign up to the Renfrewshire campaign and start to track their day-to-day journeys – and this can be done by visiting www.renfrewshire.gov.uk/leavethecar.

The project has been funded by the Scottish Government and is provided by BetterPoints Ltd.

Travel Hacks | How To Get Cheaper Flights
Scroll to top