The Beat the Street challenge taking place across Renfrewshire has entered its Go Active-themed week on Wednesday, 13th October to encourage participants to find new activities and sports to try out. 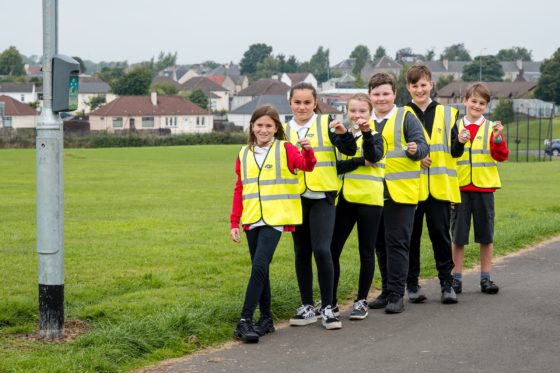 This week, players can celebrate Go Active week from 11am-2pm on Wednesday, 13th October at Thomas Shanks Public Park to try out free sporting activities with coaches. There will be a mobile Beat Box for bonus points, and players can also have their bikes checked over by Dr Bike.

The idea of the Go Active themed week is that people will find something that they might not have tried before to help them continue to keep up their new active habits after the Beat the Street competition comes to an end on Wednesday 27 October and to explore the sports and leisure options on offer.

Nearly 6,200 people have signed up to play the Beat the Street Renfrewshire game that is currently taking place across the towns and villages of Bridge of Weir, Elderslie, Houston, Howwood, Kilbarchan, Linwood, Johnstone and Lochwinnoch. Together, participants have walked, cycled, wheeled, run and scooted an incredible 42,000 miles so far in the competition. This has triggered a donation of £100 to MND Scotland. A further £100 will be donated when players reach a collective active travel mileage of 45,000 miles.

Teams of all varieties, including schools, community groups and workplaces have been battling it out for the past several weeks across the average and total points leaderboards to take home prizes of vouchers for books if they top the leaderboard. There are also prizes for individuals and ‘lucky spot’ prizes just for taking part.

Fordbank Primary School remains at the top of the total points leaderboard and The Wild Girls top the average points leaderboard with Active Communities in second place. One of their players said: “It gets me out even when it’s raining, as I want to help my team and my health is reaping the benefits.”

Councillor Cathy McEwan, Convener of Renfrewshire Council’s Infrastructure, Land and Environment Policy Board, said: “The aim of Beat the Street is to encourage our communities to become more active and to incorporate those healthy habits into their lifestyles over the long-term so they become part of people’s lifestyles. The Go Active themed week is a celebration of all the ways you can get moving in Renfrewshire and a fantastic opportunity to try out something new without any pressure.”

Anyone of any age is invited to take part and you can still get involved now by picking up a card from one of the distribution points on www.beatthestreet.me/renfrewshire More information is available on social media @RenfrewshireBTS

Glasgow News? Daily Updates part of our network
BIBBY CALLS FOR FAIR DEAL FOR THE WEST IN SCOTTISH PARLIAMENT