Renfrewshire’s Beat the Street campaign is off on the right foot this week as nearly 3,500 people have signed up to take part in the six-week physical activity game.

Beat the Street challenges communities, including schools, workplaces and community groups, to see how far they can walk, run, scoot, wheel or cycle in return for points and prizes. So far, participants have clocked up more than 2,300 miles with the total mileage increasing rapidly. 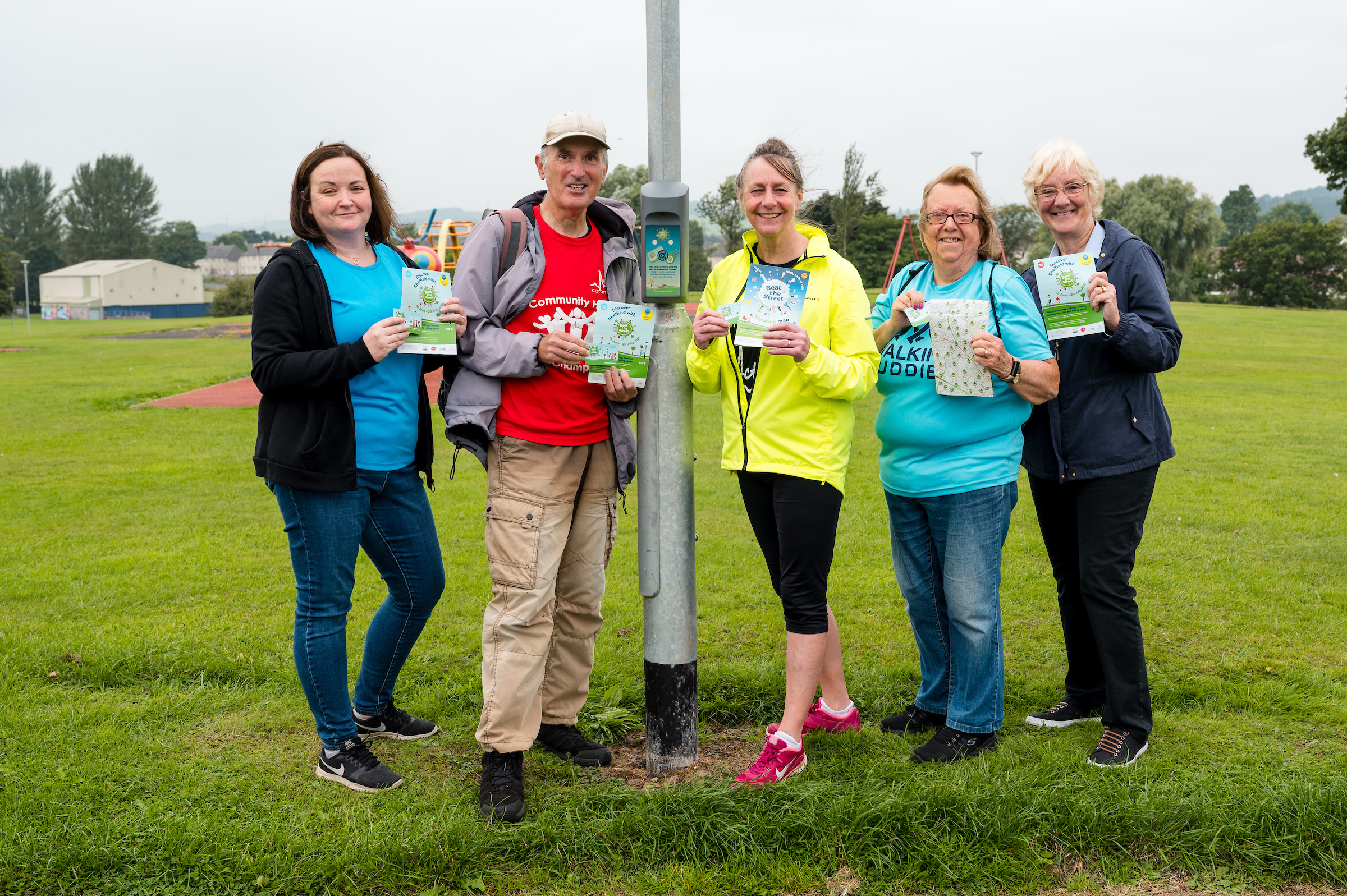 A total of 47 Beat Boxes have been placed on lampposts around Bridge of Weir, Elderslie, Houston, Howwood, Kilbarchan, Linwood, Johnstone and Lochwinnoch and players need to tap their card or fob to collect points, with the further they travel between boxes meaning the more points they pick up.

Beat the Street is COVID-19 safe as there is no need to touch any of the sensors or Beat Boxes – all players need to do is hover their card or fob near the sensor and it will register the points.

The game helps people explore their local community and discover routes and areas they may not know and is free to take part and open to anyone in the community, of any age, who would like to get more active.

Each week of the competition has a different theme, so keep an eye on the weekly newsletters and on social media for news on what’s happening and how to score bonus points.

The teams that travel the furthest can win hundreds of pounds worth of vouchers for sports or fitness equipment or books and there is also the opportunity to raise money for MND Scotland.

Councillor Cathy McEwan, Convener of Renfrewshire Council’s Infrastructure, Land and Environment Policy Board, said: “We are thrilled to be launching Beat the Street in eight areas across Renfrewshire and I hope everyone is ready to get their steps in or get in the saddle over the duration of the six-week game.

“While it’s a fun game with prizes to be won, the real winners are everyone who takes the time to walk, cycle or run every day. By engaging with communities through a fun game, we aim to leave a legacy of a healthier community, reduced congestion and less air pollution.”

The game was invented by Dr William Bird, who developed the Beat the Street game as a way of getting people to incorporate physical activity into their daily lives. Beat the Street also aims to encourage people to walk, run and cycle more instead of taking the car.

More information including where to collect a free game card is available at www.beatthestreet.me/renfrewshire or on social media @RenfrewshireBTS

Glasgow News? Daily Updates part of our network
iOS 15: A Good Reason to Buy an iPhone?