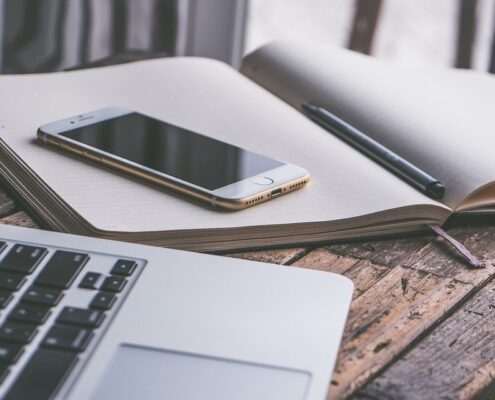 FaceTime not only took off but became a vital component of surviving when the lockdown started, and Apple looks to be learning from that, updating FaceTime with a bunch of new features to keep you there.

There is a new grid view, but with the added perk of Spatial Audio, where a voice will come from the direction of the speaker on the screen. Users who need to show their “receipts” can share their iPhone screen on a call for the first time. Perks like upgraded mic modes and portrait mode will keep the attention on you rather than the kid’s 100th rerun of Frozen in the background.

But the big announcement is SharePlay. Host a long-distance movie night with movies or music playing alongside your conversation. AirPlay your media like the GGPoker WSOP to your Apple TV and watch in sync with your friends across all devices. Somewhere down the line Apple has promised to introduce third party apps like TikTok to this idea.

Photo sharing improved by delivering multiple photos in a stack for your friend to browse through, rather than scrolling one by one.

“Shared With You” will appear all over your device. If something from Apple News, Apple Music or Apple TV+ is shared with you, you don’t need to go hunting through the conversation to find it again, it will be in a respective app under “Shared With You” and users and can pin objects in a conversation for easy discovery.

In an upgrade of the idea of customising your Do Not Disturb option, Focus gives you the option to create different modes for work, sleep, personal time, etc. Set co-workers to break through the notification block during work mode. Or only certain contacts to be able to call in sleep mode. Customise your home screen and app library to show only relevant apps during work hours or minimal notifications while driving or asleep.

Maps will appear to the travel bug in us by rendering 3D images of iconic locations, with day and night mode. See the San Francisco skyline as you plan your next trip.

Safari has been redesigned to be more suitable to single-handed navigation, solving a workout us iPhone [insert here] Plus users are lamenting.

Wallet will finally allow users to download their driver’s licence into their phone, with money, loyalty cards and your kids’ photos also stored in your phone, it almost eliminates the need for a physical wallet at all. Unfortunately, it’s thus-far only available in the US, but if it’s successful it’s probable it will be available elsewhere.

You will also be able to add HomeKit keys and Car Key is to be improved with Ultra Wideband support for select vehicles so users can soon unlock their car by just approaching it with their phone in their pocket.

The feature making most waves online is by far the background noise option. @br0itsmari0 said: “So I found out accidentally you can do background noise on iOS15 while listening to music, I think rain is going to be my new favourite feature.”

Photos can now be dragged and dropped between apps. Have you scrolled through your photos trying to find the one to share only to do the same thing when you get into iMessage? Not anymore.

Speaking of photos, physical text can now be scanned into apps like Notebook by scanning it with your camera.

A release date isn’t confirmed yet, but Apple has a pattern of releasing their iOS update a week after its September event. But if you can’t wait that long there are guides to trying the beta version posted online.

The upgrade is available to download to the iPhone SE (1st gen) through to iPhone 12.

They’re off! Beat the Street officially launches in Renfrewshire!
Scroll to top
Go to mobile version