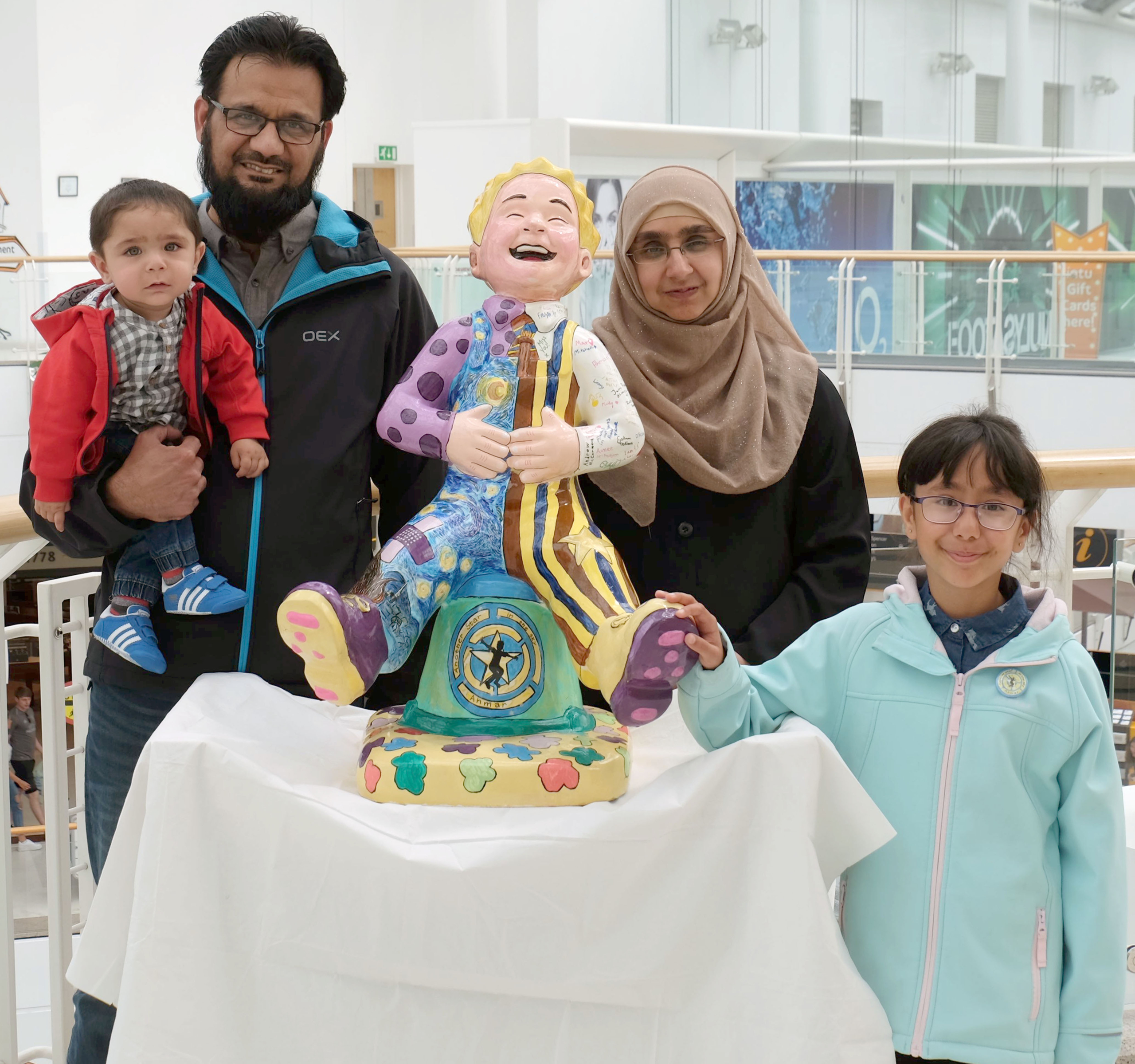 A HEARTBROKEN mum is hoping a statue of Oor Wullie displayed in a shopping mall will help raise awareness of the rare medical condition that tragically took the life of her teenage son.

Ahmar Javed was only 13  – when unknown to anyone – he was suffering from Arteriovenous Malformation (AVM) that caused him to suddenly develop a bleed on the brain. 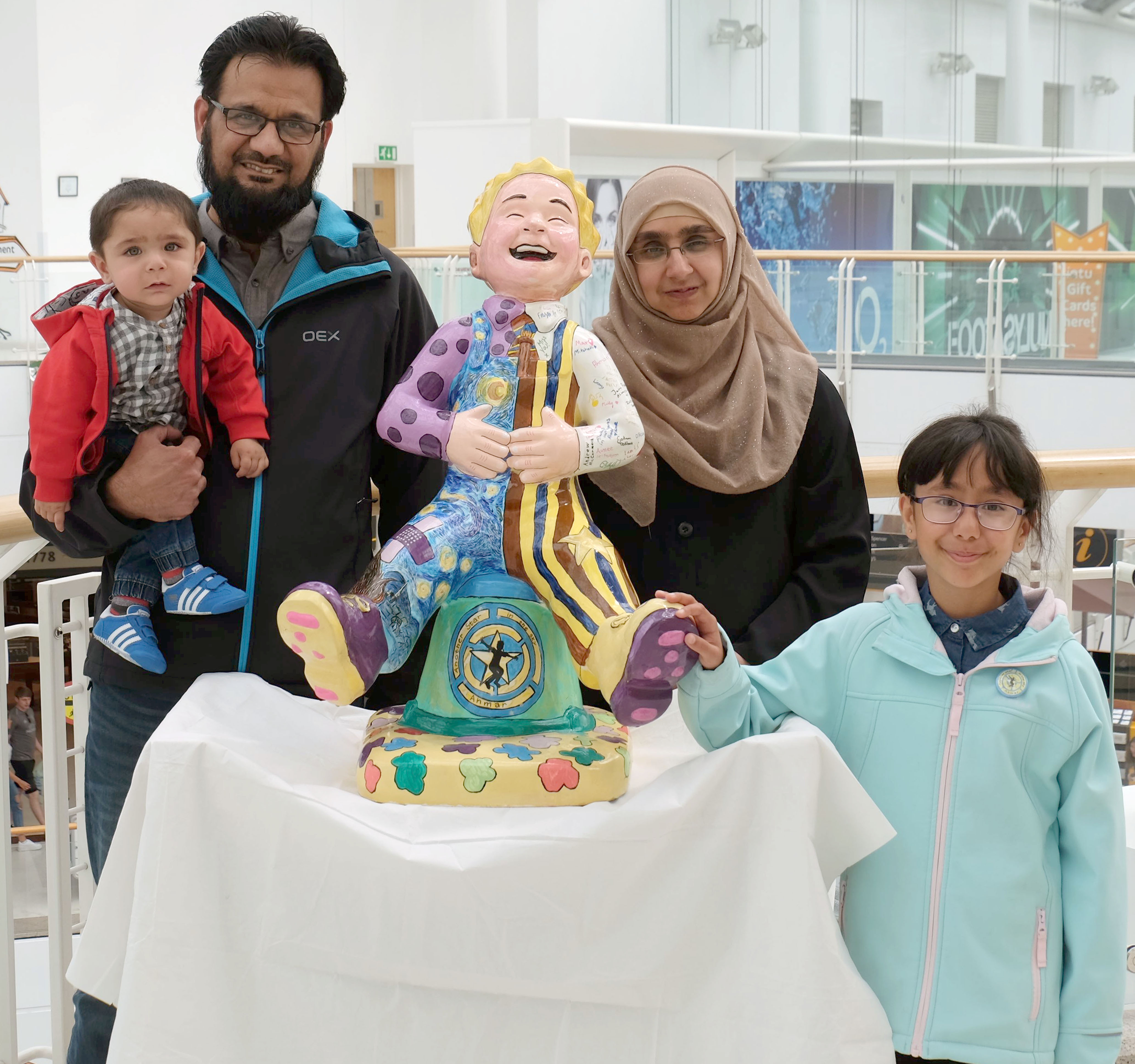 The lad’s mum and dad, Sameena and Javed had to take the agonising decision to turn off his life support machine ten days after Ahmar suffered the bleed while at a karate class.

After Ahmar died almost two years ago, Sameena launched a fundraising campaign, in association with Glasgow Children’s Hospital Charity, called Another Star In The Sky to raise money in her son’s name.

Sameena says there is not enough research into early diagnosis and treatment of AVM – an abnormal tangling of blood vessels that affects just one in 10,000 people – and there was a lack of bereavement counselling for her family when Ahmar died. 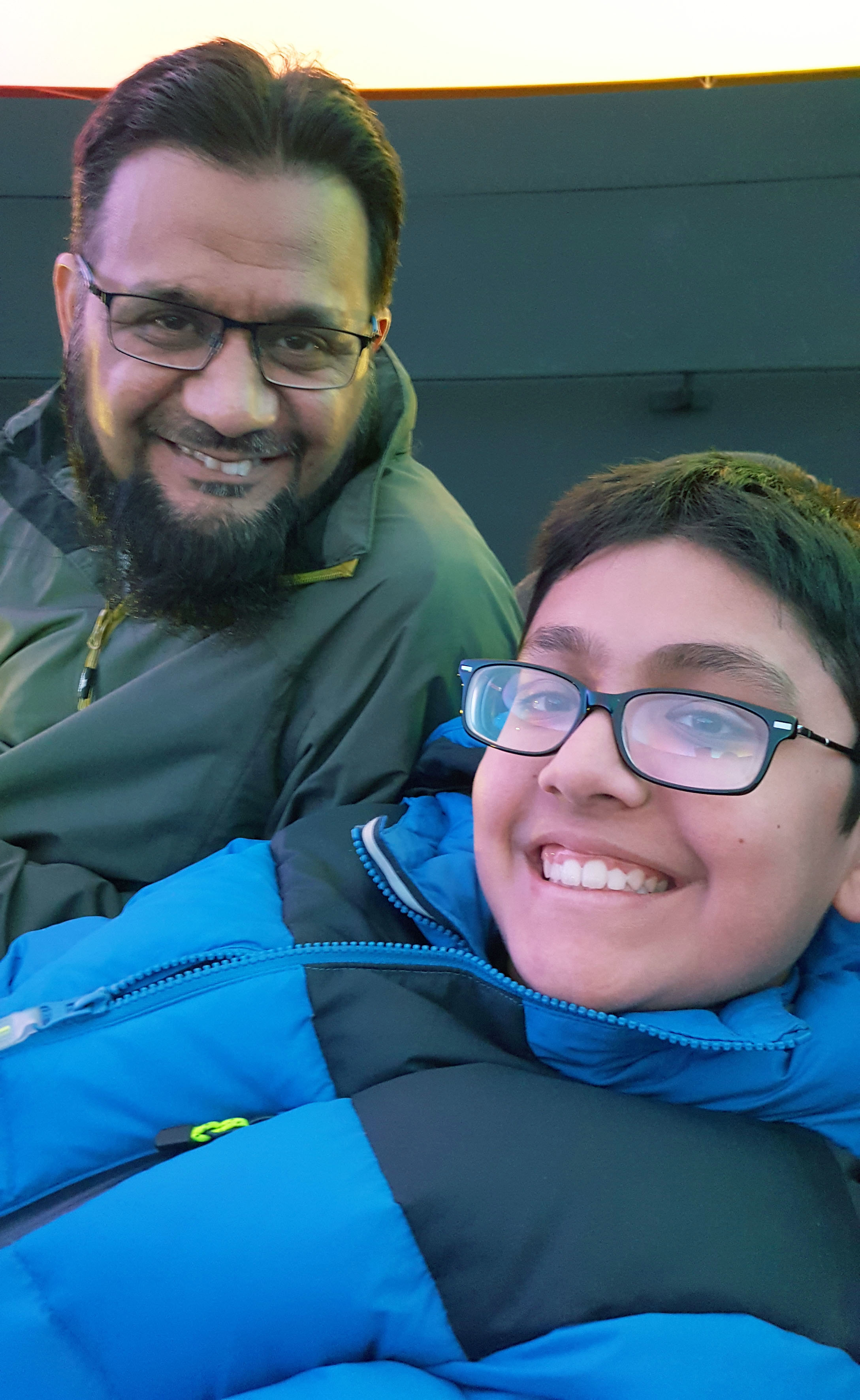 The Another Star In The Sky charity has already raised more than £13,000 with half the money being donated to the Office for Rare Conditions Glasgow at the Royal Hospital for Children and the Queen Elizabeth University Hospital, to help fund research into rare illnesses like AVM that killed Ahmar.

The other part of fundraising goes to the Child Bereavement UK charity’s Glasgow centre that offers support to bereaved children and families.

Ahmar’s school pals at Castlehead High, in Paisley had been given a statue of Oor Wullie to paint by the Glasgow Children’s Hospital Charity. And the pupils decided they would paint the statue in Ahmar’s honour and write messages to him on Oor Wullie’s arm. 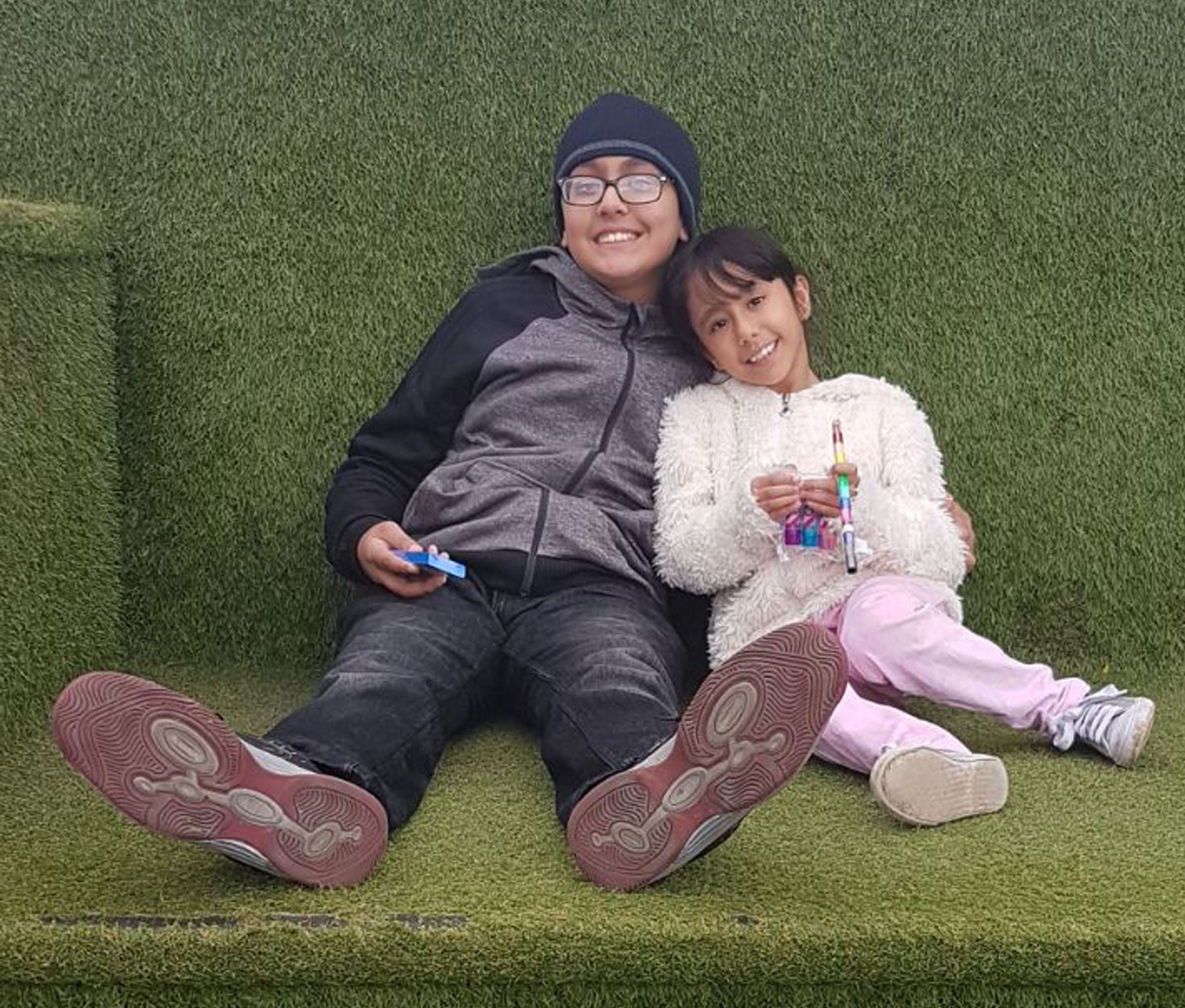 The statue has now been put on display by intu Braehead in the lower shopping mall as part of the Oor Wullie Bucket Trail.

Sameena says: “We are totally overwhelmed that the Castlehead pupils decided to paint the Oor Wullie statue in Ahmar’s memory and the messages they wrote on the statue are lovely. We’re very proud they still remember him.

“We’ll never forget the kindness of the staff and pupils at Castlehead and also the people at intu Braehead for displaying the statue in the mall, as it helps raise awareness of AVM and our campaign.

“I hope that when people see the statue they might be intrigued by the messages on it and want to find out more about Ahmar. And perhaps they might want to do something to support the work of our charity.”

Sameena added: “I’m hoping that in the future enough research will have been done to find an easy and effective way of diagnosing the condition early and that a treatment will have been found.

“Amhar always said he wanted to study medicine and become a doctor. He may not be with us any more, but we could still realise his dream of helping people who are ill and if we can help get early diagnosis and treatment that would be his legacy.”

Lydia Brown, community development manager at intu Braehead said: “What happened to Sameena and her family is heart-breaking.

“We would encourage visitors to intu Braehead to see the statue painted by the Castlehead pupils, along with other statues we have displayed in the lower mall for the Oor Wullie Bucket Trail, which we’re supporting.

“Sameena’s charity needs all the help it can get and we hope people will get in touch with her and offer any help they can.”

Sameena and her family are running the charity on their own and as well as fundraising efforts, they are asking for practical help, like setting up a website and social media channels to publicise Another Star In The Sky.

You can email sjaved1@virginmedia.com if you can offer any help to Sameena and the charity.