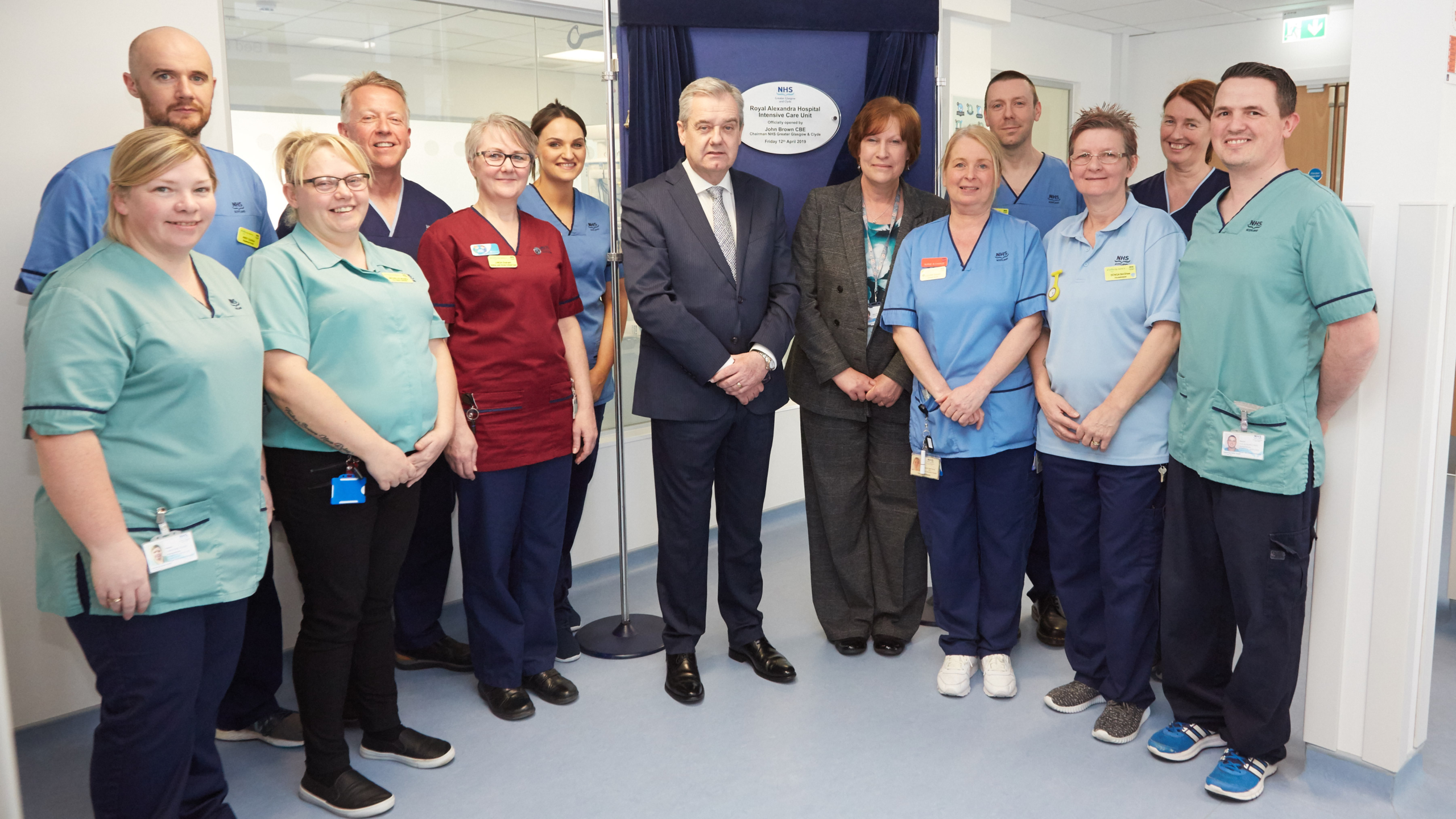 Seriously ill patients in Paisley will now be cared for in a new state-of-the-art Intensive Care Unit (ICU).

The £5 million unit at the Royal Alexandra Hospital was officially opened today (Friday 12th) by John Brown, Chairman of NHS Greater Glasgow and Clyde and was commemorated with a special dedicated plaque. 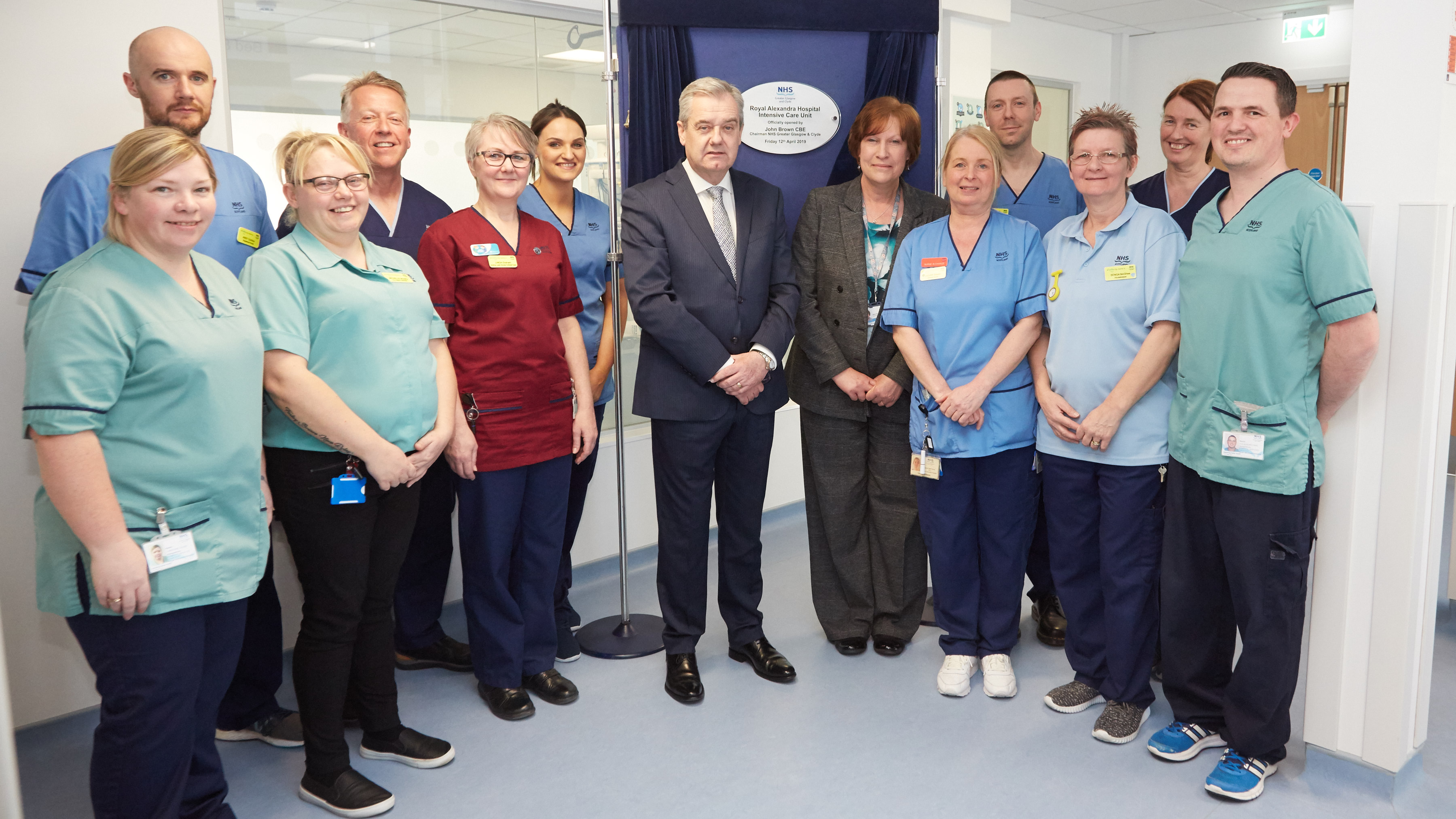 The new unit has nine bed spaces and meets the very highest levels of specification in line with the Scottish Intensive Care Society guidance and clinical standards for intensive care units.

The first patient passed through the doors in February and the unit will provide the highest standards of care for the most critically unwell patients following illness or surgery and who need various types of life and organ support.

John Brown said:  “I was delighted to have been asked to officially open this new Intensive Care Unit.

“I am confident that these new facilities will significantly enhance the quality of care and available for patients, families and staff, both in the immediate future and in the years come. 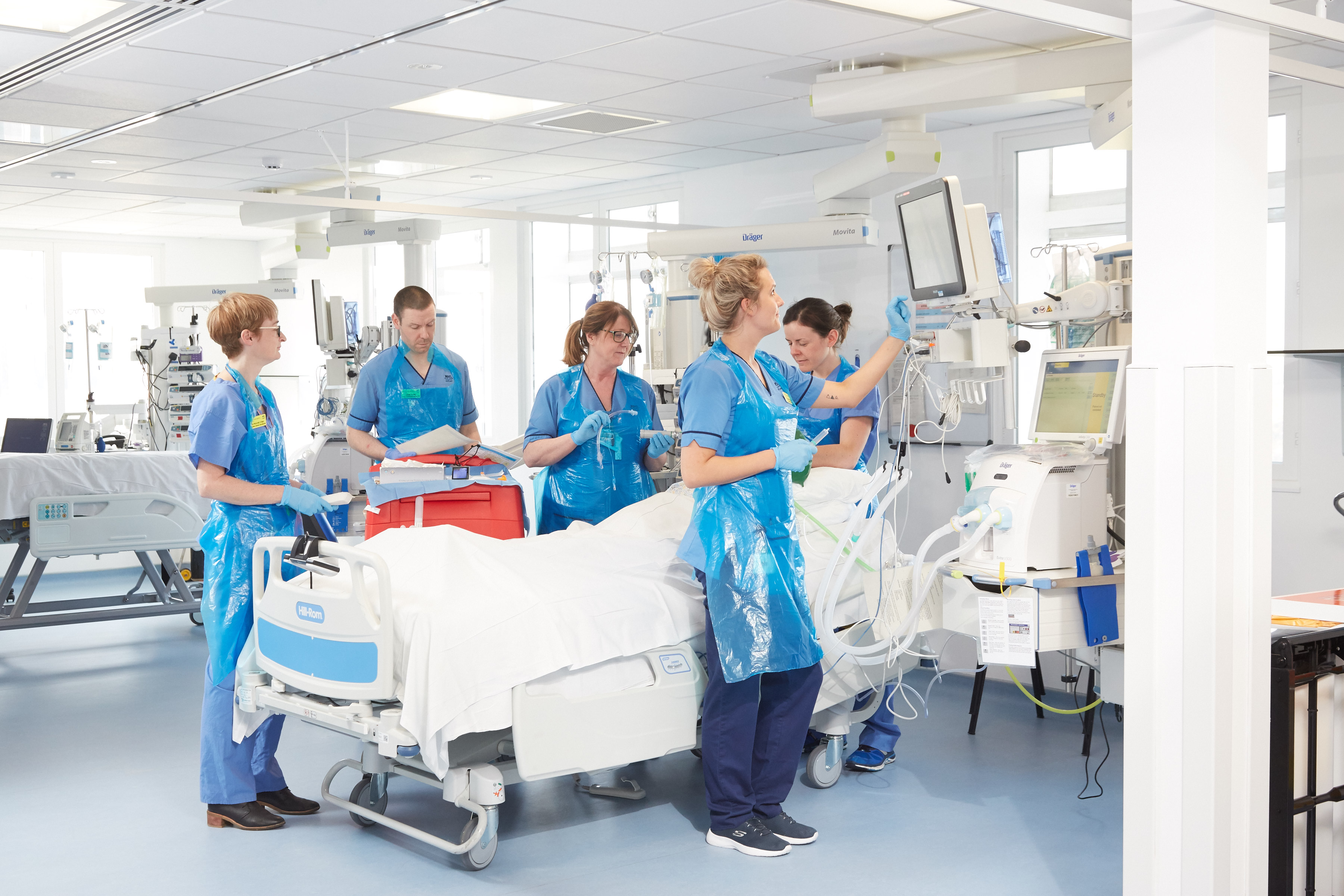 “The unit looks spectacular in design and the air of space, light and calm will be of great comfort to pateitns and families at such an anxious time.”

The old Intensive Care Unit (ICU) opened initially as a High Dependency Unit in 1986 and ten years later evolved into an ICU.

The initial space and design posed limitations to service development over the years and despite the challenges the care and services provided in the old unit were known for excellence in patient and family focused care.

In 2016 the Board supported a £5 million investment to replace the old ICU and work got underway in 2017.  The first patient passed through the doors on the 19th February this year.

Glasgow News? Daily Updates part of our network
Alejandro Betancourt; The Face Behind The Complete Turnaround Of Hawkers