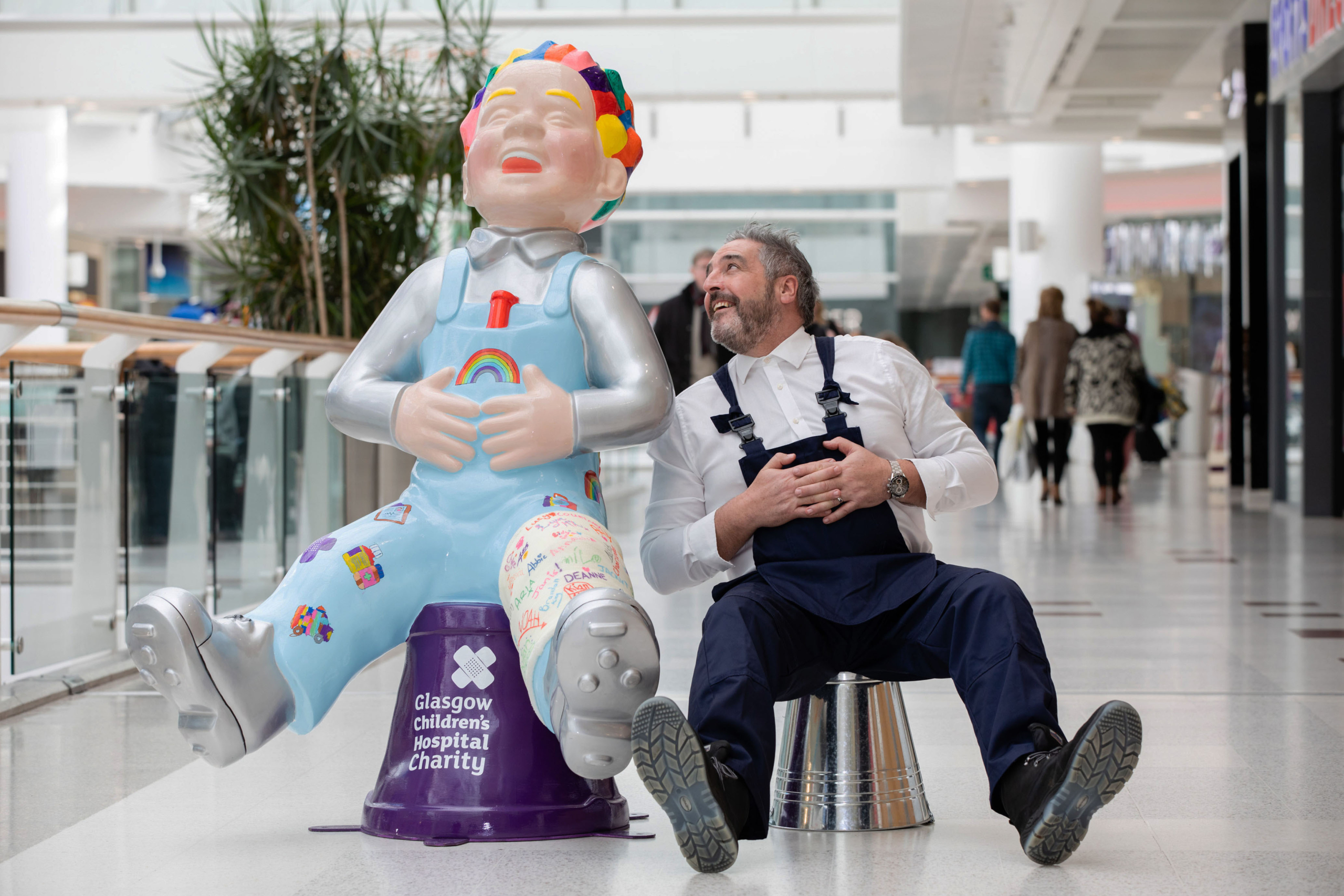 GAME for a laugh shopping centre boss Peter Beagley became Oor Wullie for a day as he launched the intu Braehead bid to raise money for a children’s hospital charity.

Peter dressed as the iconic comic strip character and sat on a galvie bucket beside a life-size statue of Oor Wullie, which will be on display in the mall for almost three months from June 17. 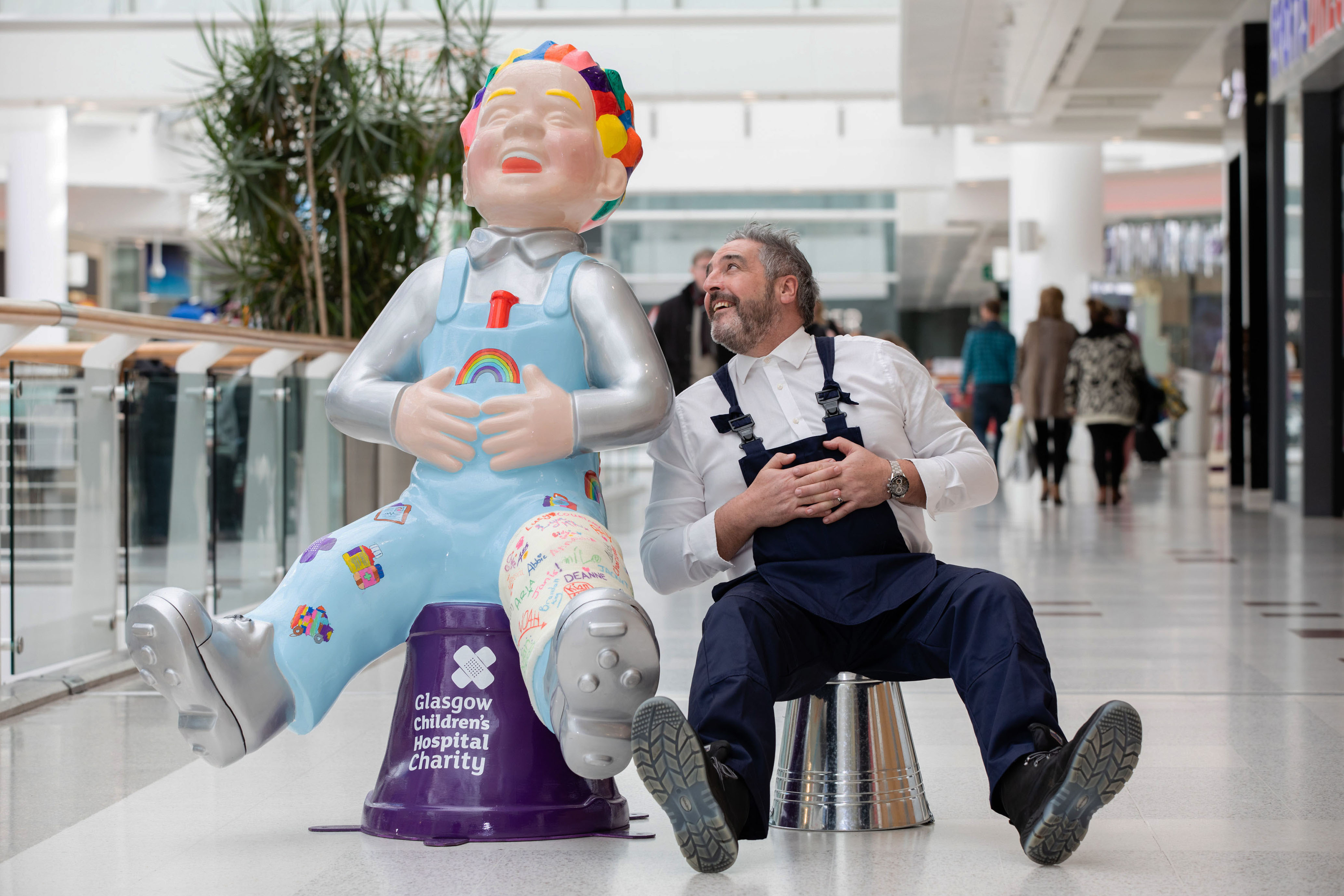 The shopping centre has partnered with Glasgow Children’s Hospital Charity and is sponsoring a statue as part of the Oor Wullie’s BIG Bucket Trail 2019.

When the life-size Oor Wullie statue goes on show in the lower mall, shoppers can download an app on their mobile phone or tablet, which will register they have visited the statue. They can then claim a reward from the centre’s customer services desk.

The intu Braehead sculpture will have its own unique design pattern when it is unveiled in June and is one of 200 Oor Wullie statues popping up around Scotland. 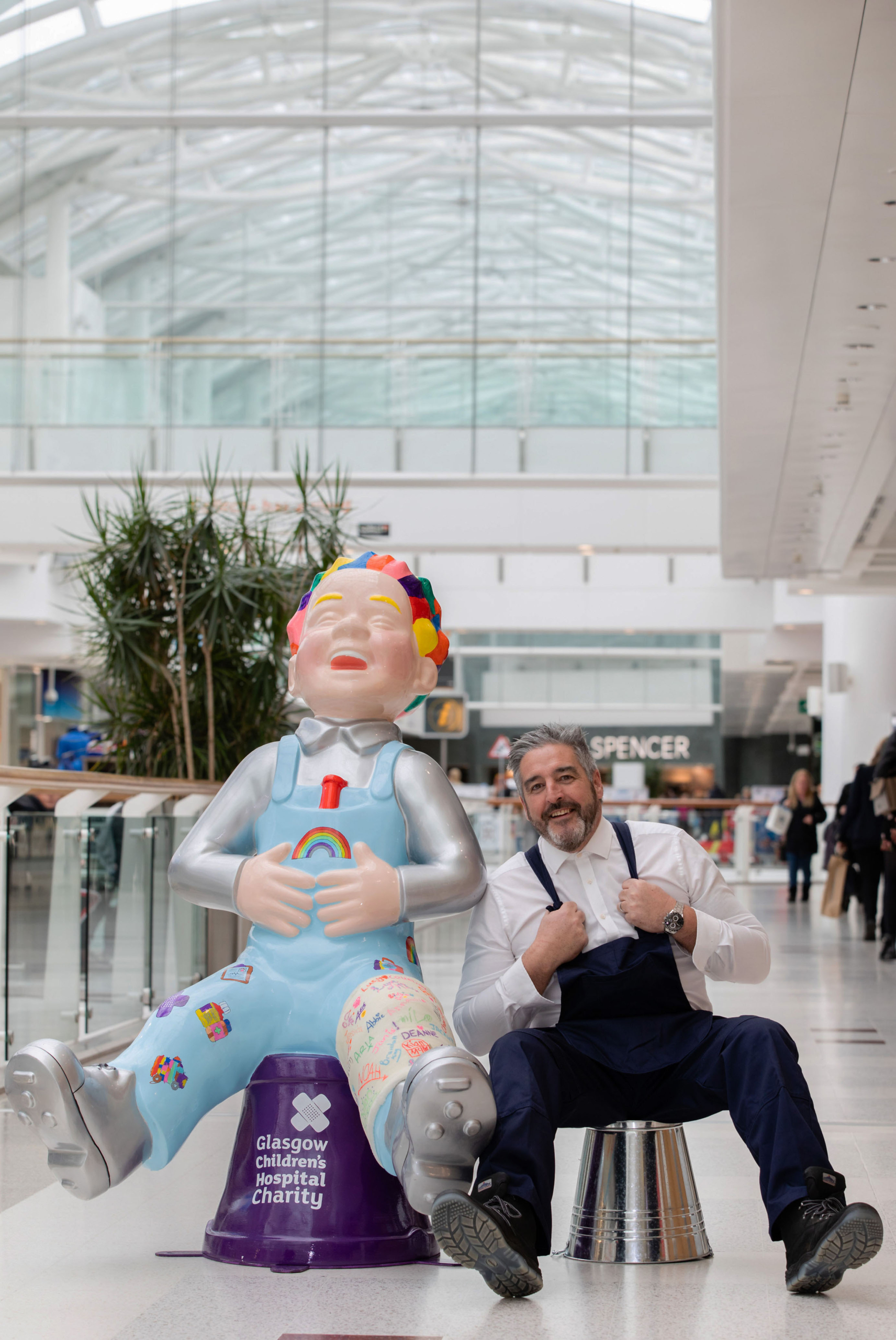 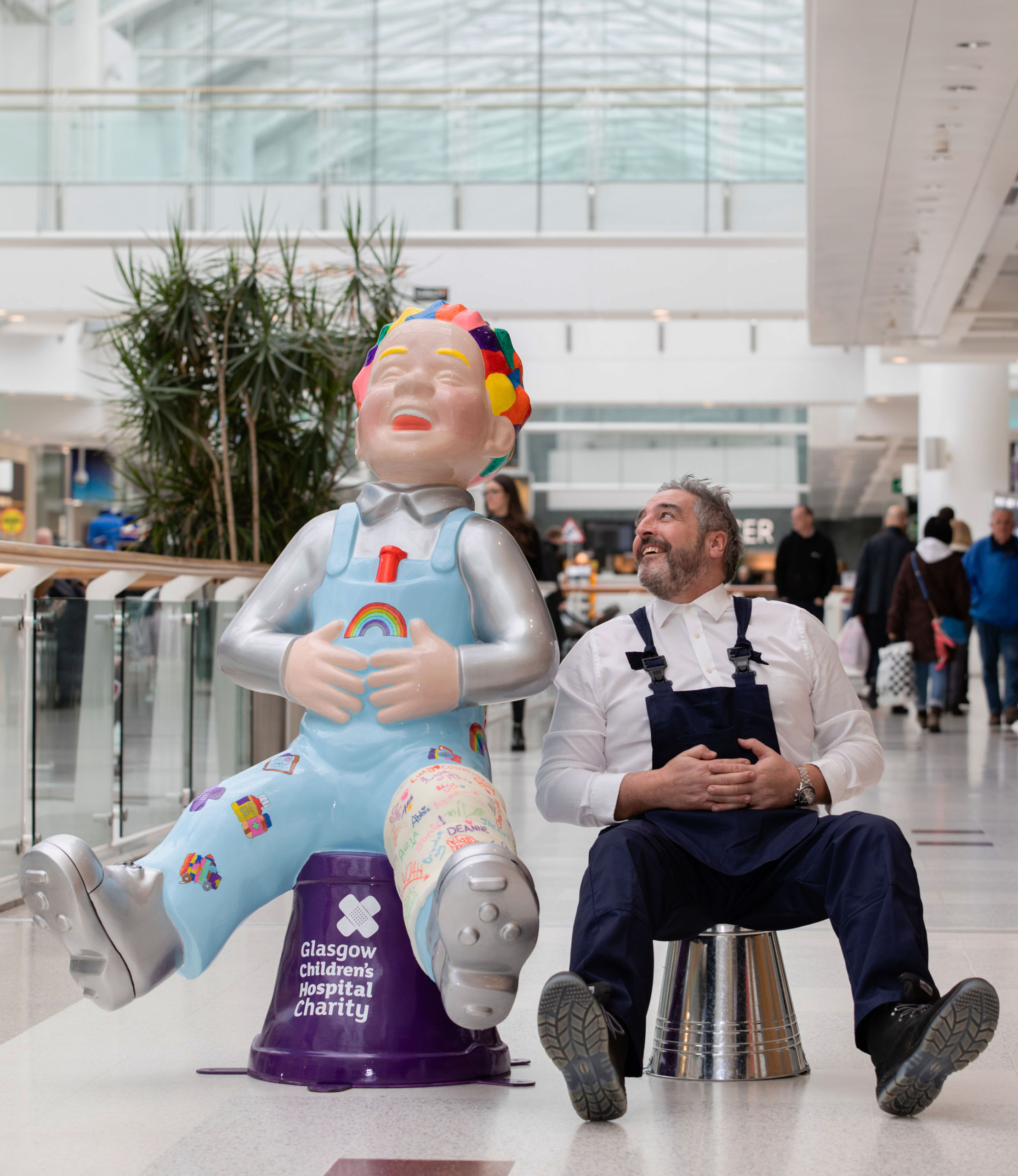 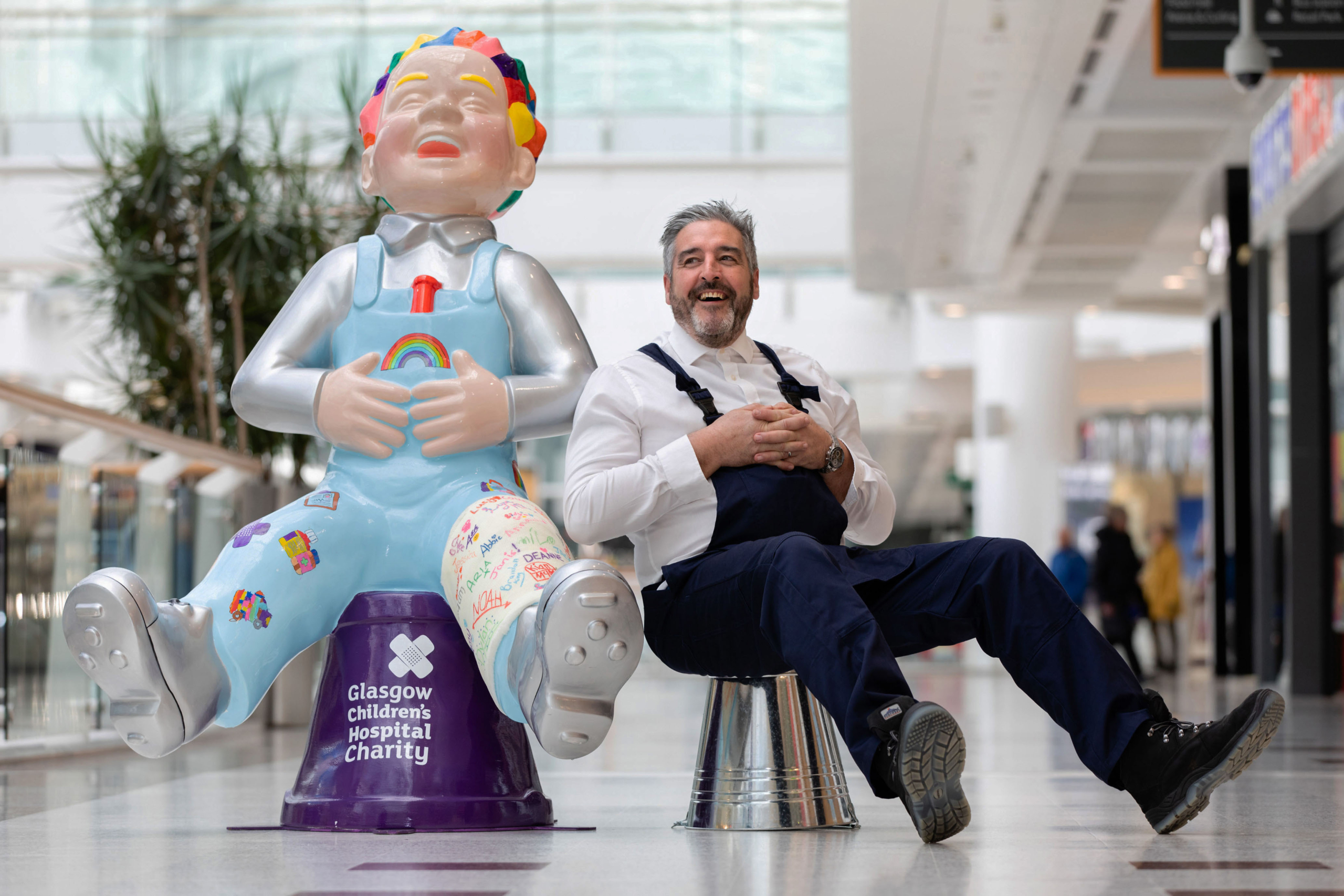 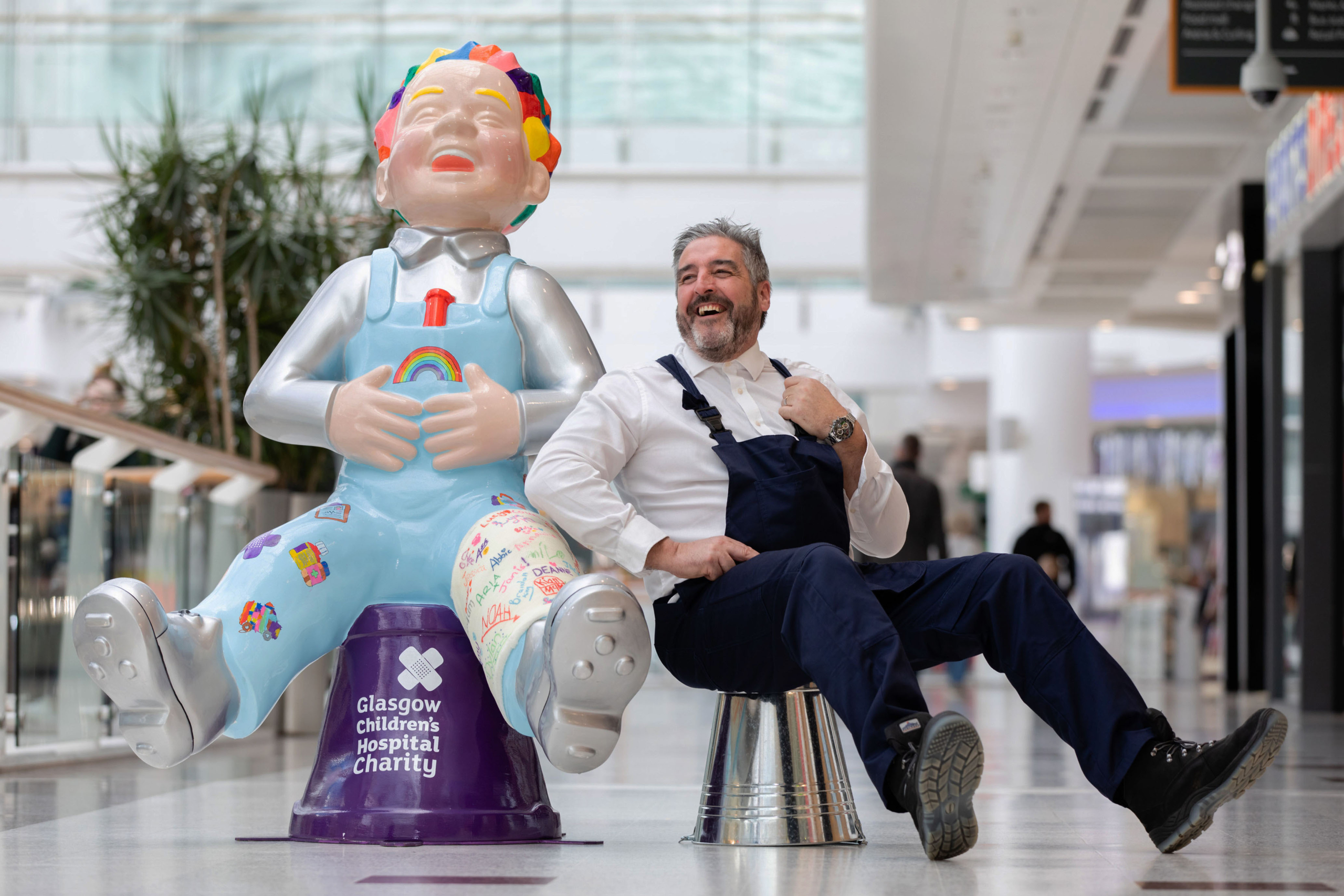 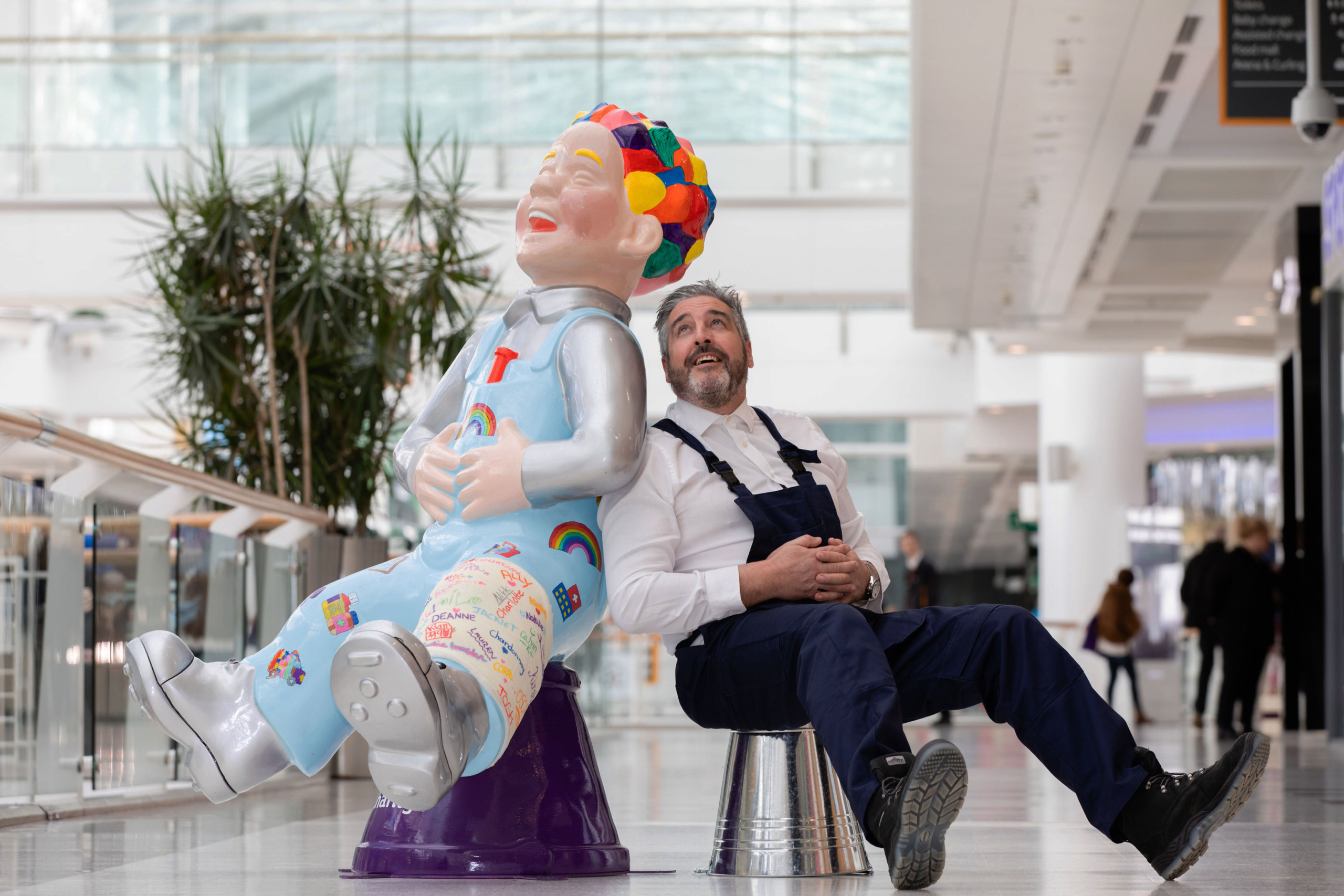 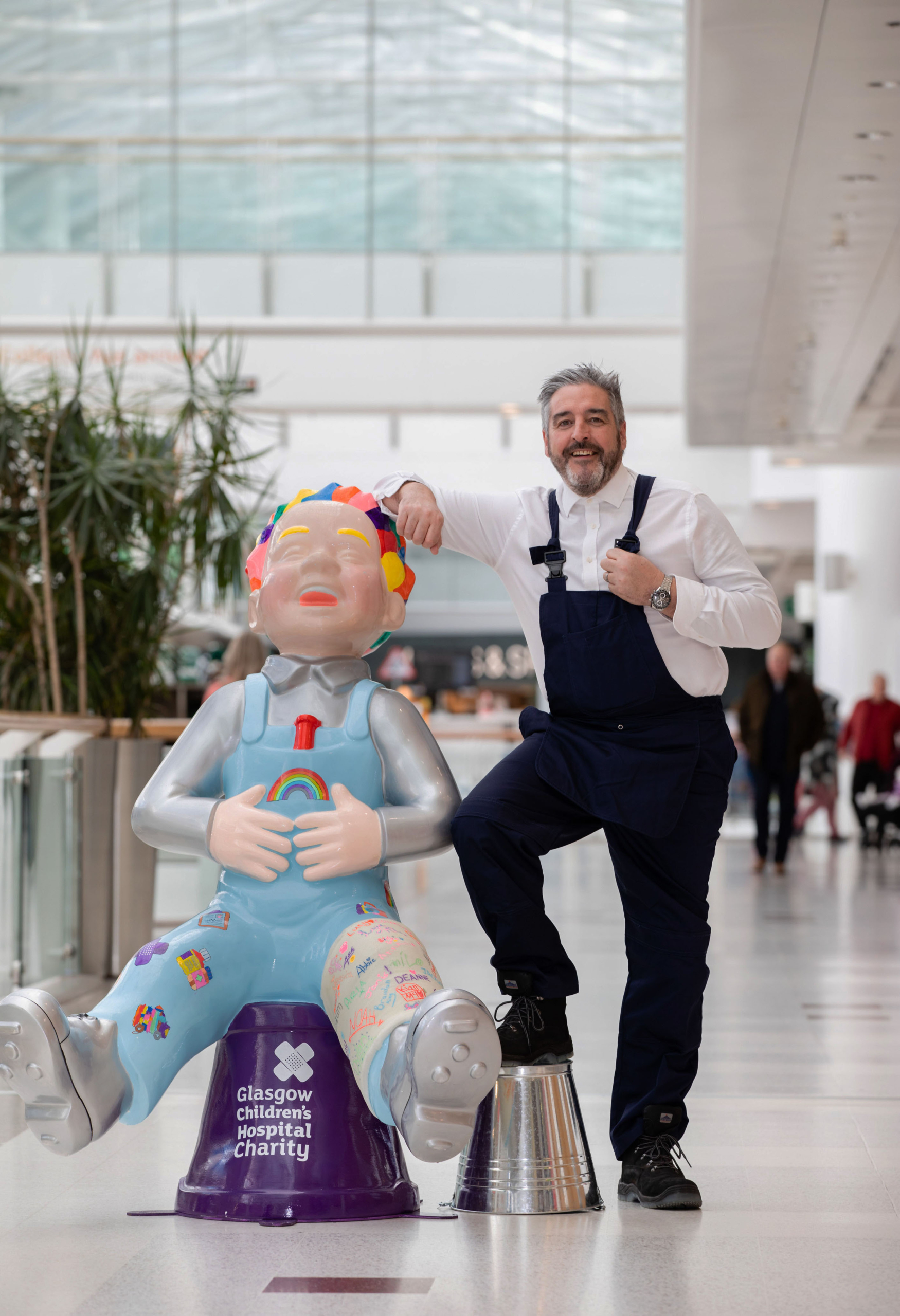 As part of the sponsorship, intu Braehead will also receive a smaller statue that they are gifting to the Riverbrae School, in Linwood for the pupils there to decorate with their own designs. This will also go on display in the shopping centre before going back to the school.

Peter Beagley, regional centre director with responsibility for intu Braehead said: “You could say one of the things on my bucket list is to raise funds for Glasgow Children’s Hospital Charity. And all our staff and shoppers can have a bit of fun along the way.

“Oor Wullie is undoubtedly one of the most iconic characters in popular Scottish culture. It was great fun getting dressed up as Oor Wullie and it brought a smile to everyone’s face when they saw me in the mall beside the statue.”

“It’s fantastic to see that Peter and the team at intu Braehead have already embraced the fun and creativity that Oor Wullie’s BIG Bucket Trail will bring to Scotland this summer.

“We’re incredibly grateful to the centre for their continued support, and can’t wait to visit the Oor Wullie statue at intu Braehead.”

Glasgow News? Daily Updates part of our network
How did bingo become a favourite pastime of Scots?