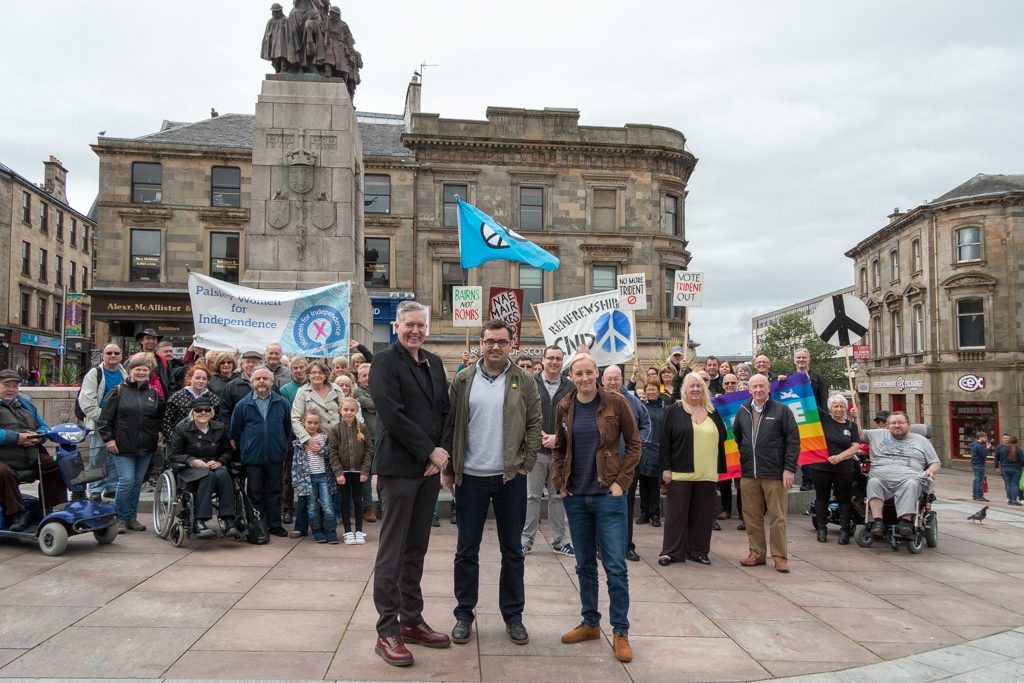 Gavin Newlands, MP for Paisley and Renfrewshire North, will today (Monday) vote against the UK renewing its fleet of Trident nuclear weapons.

The new Prime Minister Theresa May is asking MPs to vote on whether or not construction work for replacing the fleet of nuclear submarines at Faslane at a cost of up to £205 billion should go ahead.

Trident is opposed by the Scottish Parliament, 57 of Scotland’s 59 MPs, churches, the STUC and civic society, yet the UK Government is intent on basing another generation of nuclear weapons in Scotland’s waters for another fifty years. Gavin Newlands said: “My constituents should be in no doubt that I’ll be voting against wasting over £200 billion on this moral obscenity.

“At a time of Tory austerity, when in communities all over Renfrewshire and across Scotland there are children going to bed hungry, it is absurd to waste hundreds of billions on outdated nuclear weapons that we don’t want, don’t need, and could never use.

“I won’t stand by while this government and its supporters treat these families with contempt and spend our money on something completely abhorrent and unnecessary in the modern world.”

Local man to spread word about Paisley 2021 on adventure from Mirren Park to...
Scroll to top