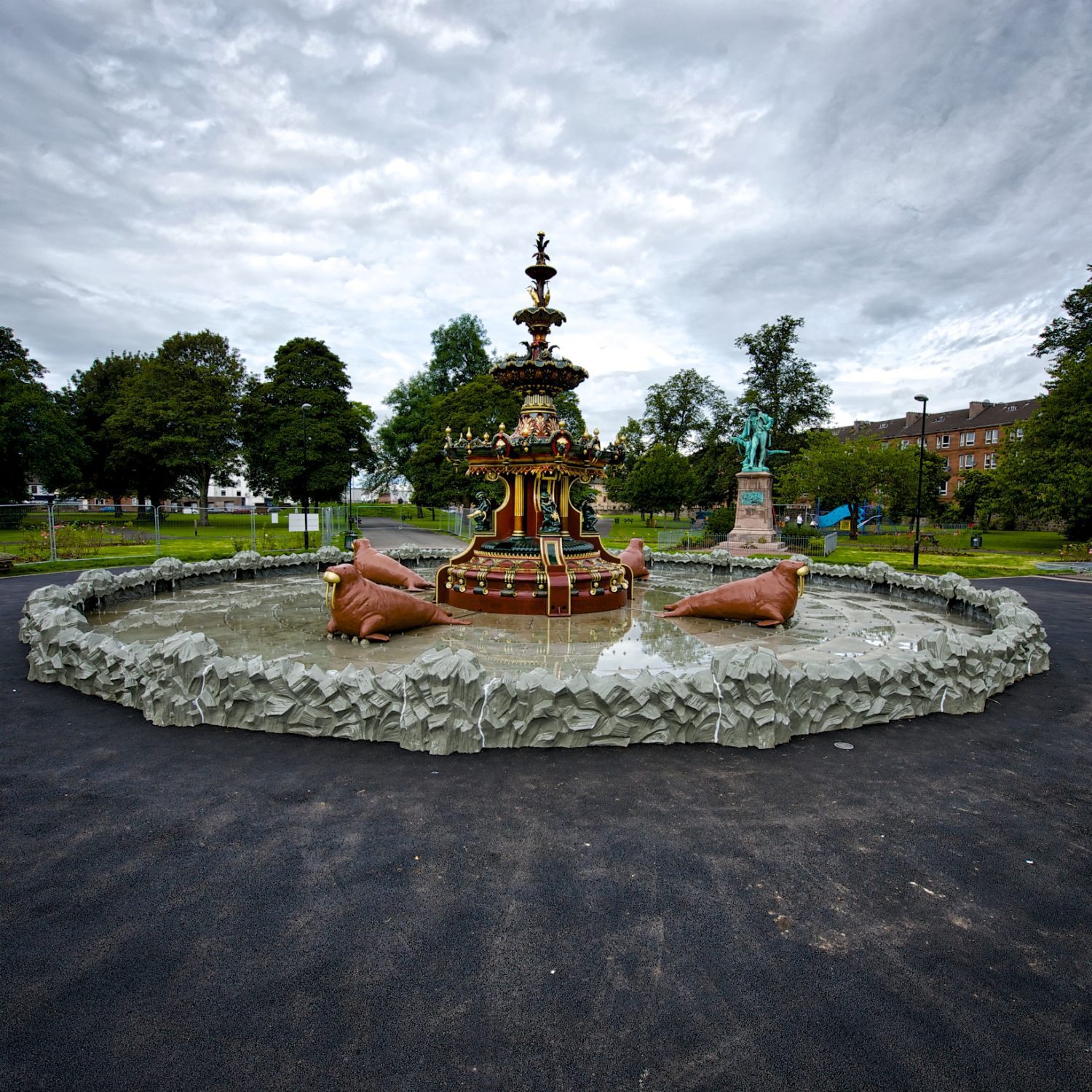 The project to restore Paisley’s Grand Fountain to its former glory has beaten world-famous competition to be named as a winner at a prestigious UK awards ceremony.

The intricate cast-iron A-listed structure – one of the town’s architectural treasures – was painstakingly returned to its original Victorian-era condition last year.

And the project won the Restoration/Conservation category at the Museums and Heritage Awards in London – ahead of nominees from the Tate galleries and the Bletchley Park WW2 heritage site.

Judges praised the Renfrewshire-Council-led scheme, saying it ‘combined painstaking research with clear community outcomes resulting in the greatest reward of all, civic pride’.

The fountain – notable for its distinctive walrus sculptures – was gifted to the town by the Coats family in 1868 and has been the centerpiece of the Fountain Gardens ever since – but had fallen into disrepair over the years.

The year-long work saw it taken off site and restored piece-by-piece, before being reassembled and restored to full working condition last summer.

The £650,000 project included funding from the Heritage Lottery Fund and Historic Scotland – and was delivered with great support from local groups Friends of the Fountain Gardens and the STAR Project.

Overall, the Grand Fountain was one of only four Scottish projects to even make the shortlist of 58 nominations from across the UK and abroad.

Renfrewshire’s Provost Anne Hall said: “The Grand Fountain is one of the finest examples of Paisley’s outstanding built heritage and it is fantastic to see that being recognised at a UK level.

“The fountain itself is a living link to the town’s proud textile-making past and that heritage will be at the centre of the town’s upcoming bid for UK City of Culture 2021.

“A lot of hard work went into this project between council staff, contractors, funders and local groups and it is great to see those efforts being recognised.

“We also had tremendous community involvement throughout the project through events and work with schools – which the judges alluded to in their comments – and this award is for everybody who was part of that.”

The specialist contractors for the project were Wigan-based Lost Art Limited – who developed new techniques to improve the process of cast-iron restoration – and conservation engineer Jim Mitchell of Industrial Heritage Consulting Limited.

You can find out more about the Grand Fountain Restoration Project by visiting www.renfrewshire.gov.uk/grandfountain

Council Pitches in with Linwood
Scroll to top