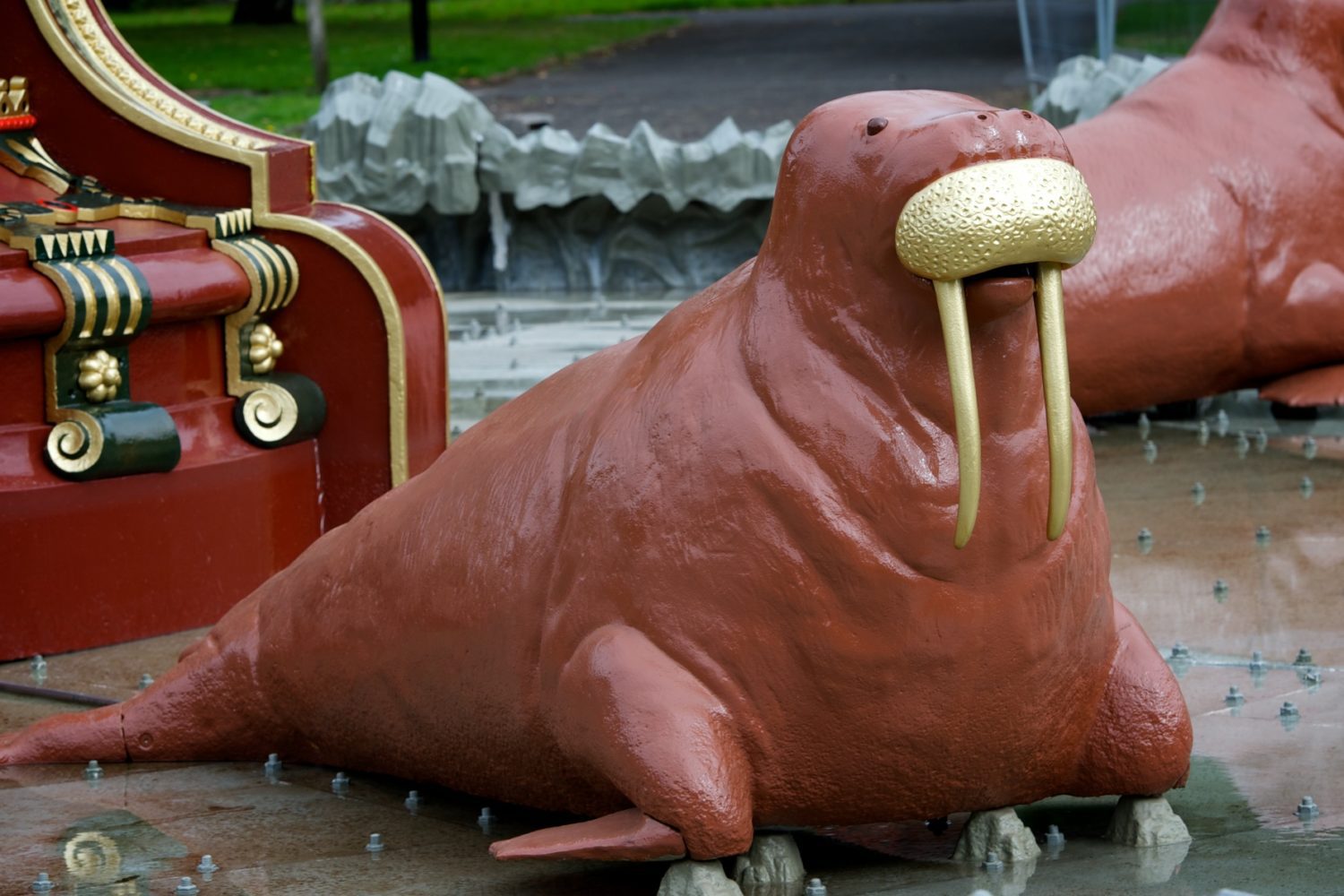 One of the jewels in Paisley’s architectural crown is back and looking better than ever after a year-long restoration project.

The A-listed Grand Fountain in the town’s Fountain Gardens has been reassembled on site over the past fortnight, sparking a flurry of interest from residents.

The intricate cast-iron structure – notable for its distinctive walrus sculptures – has been the centerpiece of the park since 1868, but has now been restored to its original deep-red colour and condition.

The £650,000 project – funded by Renfrewshire Council, the Heritage Lottery Fund and Historic Scotland – saw the fountain dismantled and removed to be painstakingly repaired by specialists, before coming back on site at the end of July.

Renfrewshire Council leader Mark Macmillan and Councillor Terry Kelly, convener of the council’s Planning and Property Policy Board, paid the fountain a visit to see the work for themselves.

Councillor Kelly said: “The project to restore the Grand Fountain has been a long time in the making but there is no question it was worth the wait.

“The fountain is looking spectacular and when you see it close up you can really appreciate the detail of this magnificent structure.

“I know many of our local residents will have fond memories of the fountain and surrounding park, and I would encourage them to get along and see it for themselves once the work is fully completed in the next week.

Councillor Macmillan added: “The Grand Fountain is a direct link with Paisley’s proud past at the centre of the world’s textile industry, having been gifted to the town by the Coats family.

“Paisley has an outstanding built heritage, with the second-highest concentration of listed buildings of anywhere in Scotland – and the Grand Fountain is one of the finest examples of that.

“The council is working to make the most of those priceless assets – having this year unveiled ambitious plans to use Paisley’s heritage and culture as the engine to drive a wide-ranging process of regeneration over the next decade.”

The Grand Fountain will be officially opened at a Victorian Garden Party between noon and 4pm on Saturday 6 September, as part of Renfrewshire Doors Open Day.

The event will feature entertainment, family fun and refreshments, with the official switch-on ceremony at 1pm.