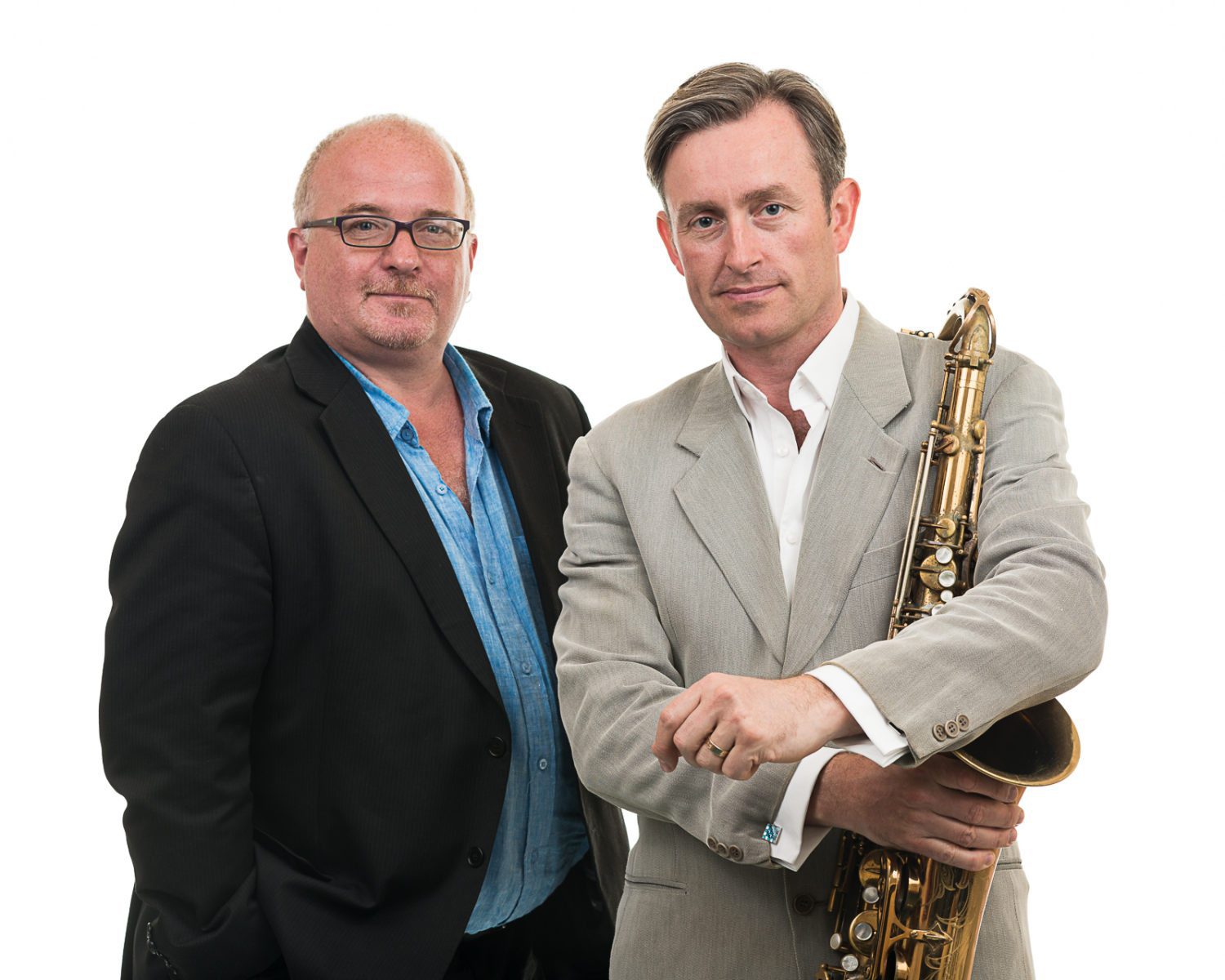 Tommy Smith is a leading light in European jazz, first and foremost as one of the finest jazz musicians of his generation, and latterly as the founder and current director of The Scottish National Jazz Orchestra (SNJO).

His prolific career began in earnest when, aged only sixteen, he recorded his first album Giant Strides. Since then, he has made twenty-six solo albums as a leader for Blue Note, Linn and his own label Spartacus Records.

Tommy Smith is also founder/director of The Tommy Smith Youth Jazz Orchestra and is current Artistic Director of the first ever full-time jazz course at the Royal Conservatoire of Scotland. His latest album Karma won him his sixth Scottish Jazz Award for album of the year in 2012.

Widely regarded as one of the UK’s best jazz pianists, Brian Kellock aligns himself with figures like Oscar Peterson and Monty Alexander, but is equally at home in mainstream, contemporary jazz styles.

In 2000, Brian Kellock was recognized as one of the top ten young, jazz pianists in the world by Classic CD magazine and his album Live at Henry’s (2001) received widespread praise and enthusiastic reviews. He has also featured as a popular member, contributor and soloist with The Scottish National Jazz Orchestra.

Smith and Kellock’s 2015 tour celebrates their third collaboration, The Whispering of the Stars where they’ll play timeless classics likeTenderly, Stardust and Moonlight Serenade.

A Tale of Secrets, Storytelling and Sibling Rivalry at Paisley Arts Centre
Scroll to top