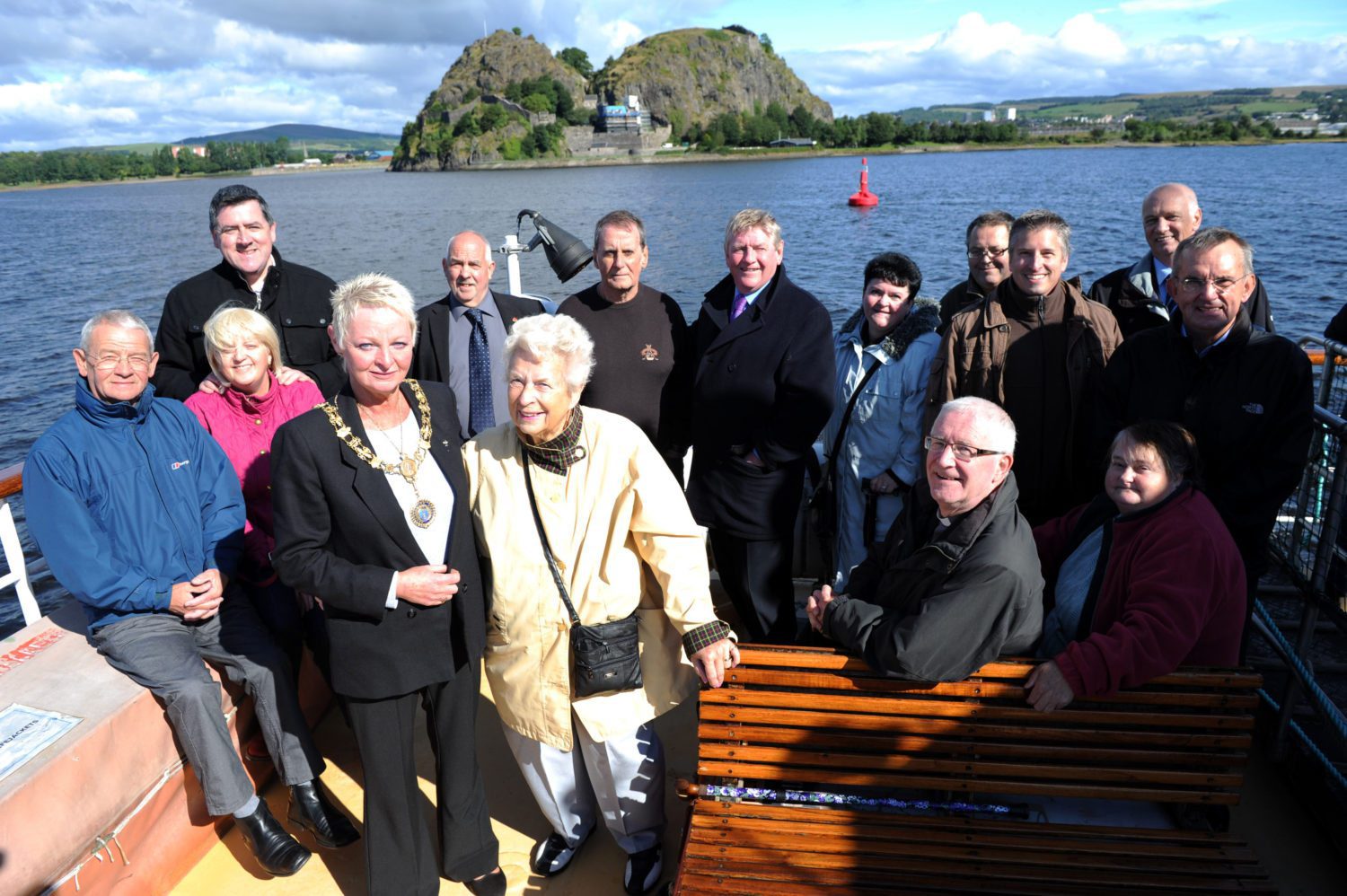 38 Renfrew residents joined Renfrewshire’s Provost Anne Hall in an historic trip down the Clyde to preserve the town’s fishing rights on the river.

The guests were invited to watch as Renfrewshire’s civic leaders carried out the historic act of casting the nets to retain the rights of salmon fishing on the Clyde.

The custom goes back as far as 1781 when the town lost the right to the fishing on parts of the Clyde by not fishing in the area.

King Robert III had granted a charter to the community of Renfrew granting the right to fish the River Clyde as far back as 1396.

However Renfrew Town Council failed to keep the rights on parts of the river owned by Sir Michael Stewart because they hadn’t fished those areas for some years. From then on it became practise to maintain the rights by having the Provost, Baillies and Town Clerk put out the nets and haul them in every three years. The practise of casting of the nets is still carried on as a tradition.

Provost Hall was also joined by local councillors, MPs and MSPs for the trip from Braehead pier to the mouth of the River Leven.

Provost Hall said: “I was pleased that so many from the local community joined me on this unique celebration of Renfrew’s history. The historic salmon fishing is a significant tradition and one that’s worth preserving. It’s great that everyone had such a great day.”

The fishing net for the special trip was kindly donated by Gordon from Country Sports, Paisley.

Image 1 – Renfrew residents and civic leaders prepare to board the boat for the salmon fishing trip.

Image 3 – Sticking your net out: Provost Hall prepares to put her net into the water.

Image 4 – Catch of the day: Provost Hall looking to catch a salmon from the Clyde.

Image 10 – Provost Hall and Renfrew residents enjoy the views on the boat journey to the River Leven.