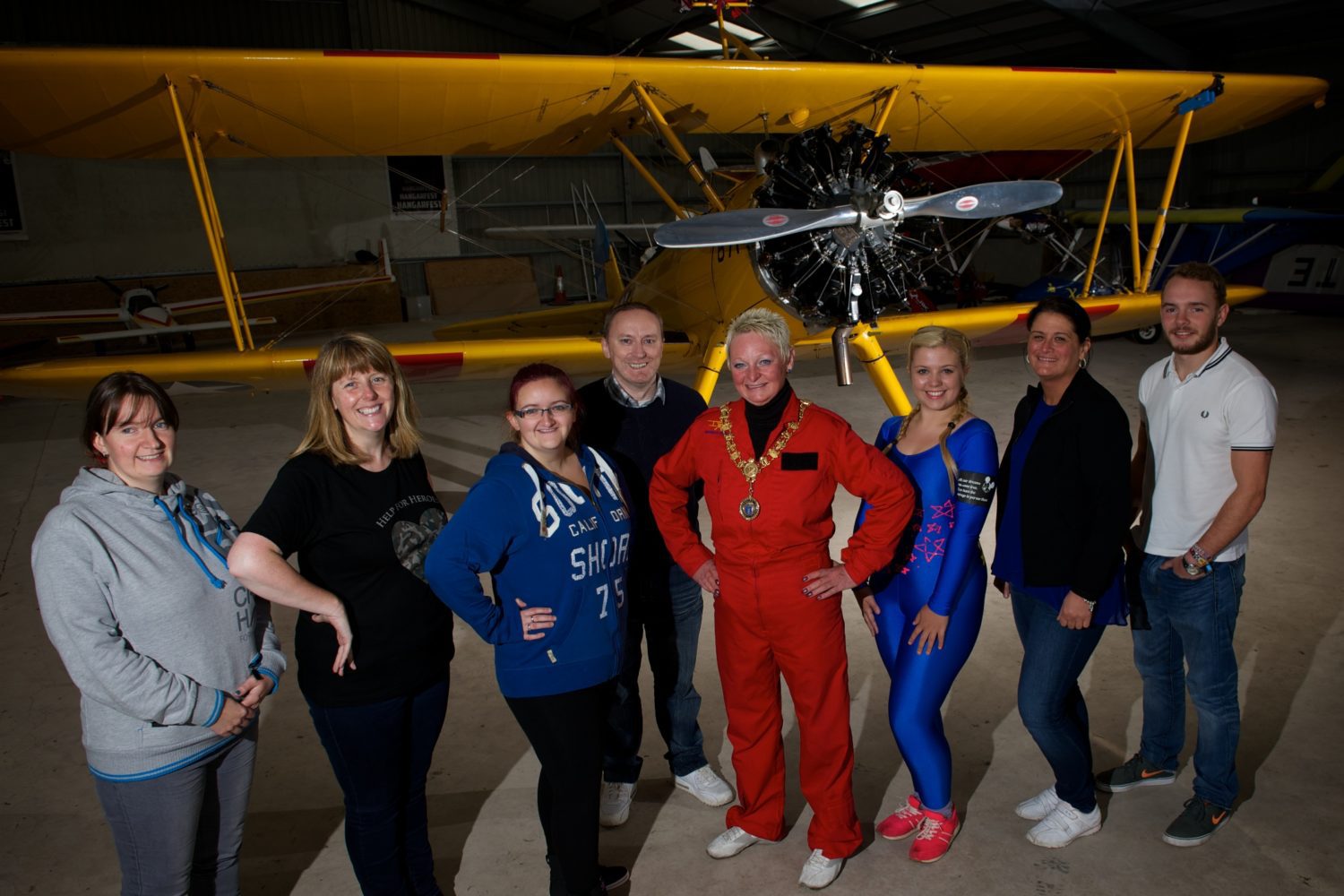 The wing-walk, which is raising awareness of armed forces charity Help for Heroes, took place on Strathaven Airfield on Wednesday 20 and Thursday 21 August.

Provost Hall, who took part in the wing-walk on the second day, started the campaign in March to show support for Help for Heroes, who help wounded service men and women and their families.

Provost Hall said: “The bravery of our service men and women is always one that strikes a chord with me. It’s great that I have been joined by seventeen people who want to help me raise awareness of this much deserved charity.

“I wanted to do something a little bit different. Doing a wing-walk is ideal as it’s so extraordinary and that is exactly what our service men and women do every day. As we begin commemorating WW1 this year, it’s vital we continue to reflect not only on the past, but our present and future too.

“We started the wing-walk mission to raise awareness of Help for Heroes, but many people have generously donated money while we’ve been preparing for this event. So far, over £5,000 has been donated and all monies donated will be given to Help for Heroes.”

Joining Provost Hall on the day was first time flyer, 20 year old Stephanie Bain, from Erskine, who decided to do the wing-walk despite never having flown before and trim Karen Anderson, who lost over 2 stone to take part.

Stephanie said: “I’m delighted that I’ve done a wing-walk before I’ve flown on a plane. It’s another thing to tick off my bucket list. I was inspired by Provost Hall’s challenge to go wing-walking for Help for Heroes and decided I just had to do it.”

Karen added: “I’ve always been a keen supporter of charity and when I heard Provost Hall was doing a wing-walk I knew I had to join in. Last year, I joined Provost Hall in her first big charity event – to abseil from Renfrewshire Council HQ building in Paisley.

“Although it’s been a challenge to make sure I got to my target weight before the big day, it’s really given me a new boost of life and I’m grateful to have been able to do the wing-walk.”

The wing-walk prompted many local people to donate money to Help for Heroes, with over £5,000 donated on the day.

M and C Coaches and Whitestar Luxury Travel kindly donated their services to take the wing-walkers to and from Paisley and Strathaven Airfield.

For more information on Help for Heroes, please visit www.helpforheroes.org.uk.[/vc_column_text][/vc_column][/vc_row]