Why not learn a new instrument, develop your skill and keep yourself occupied during this time! 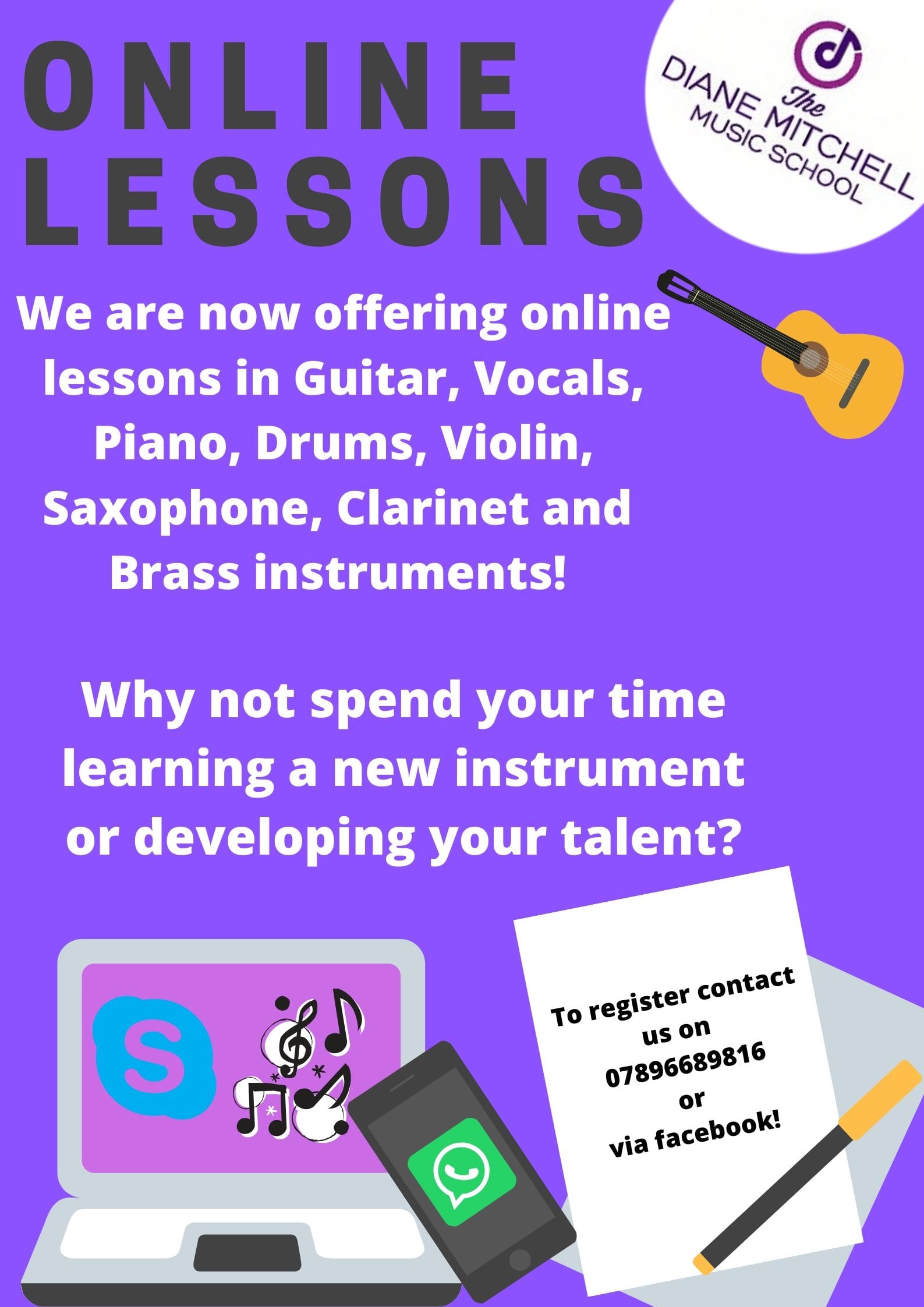 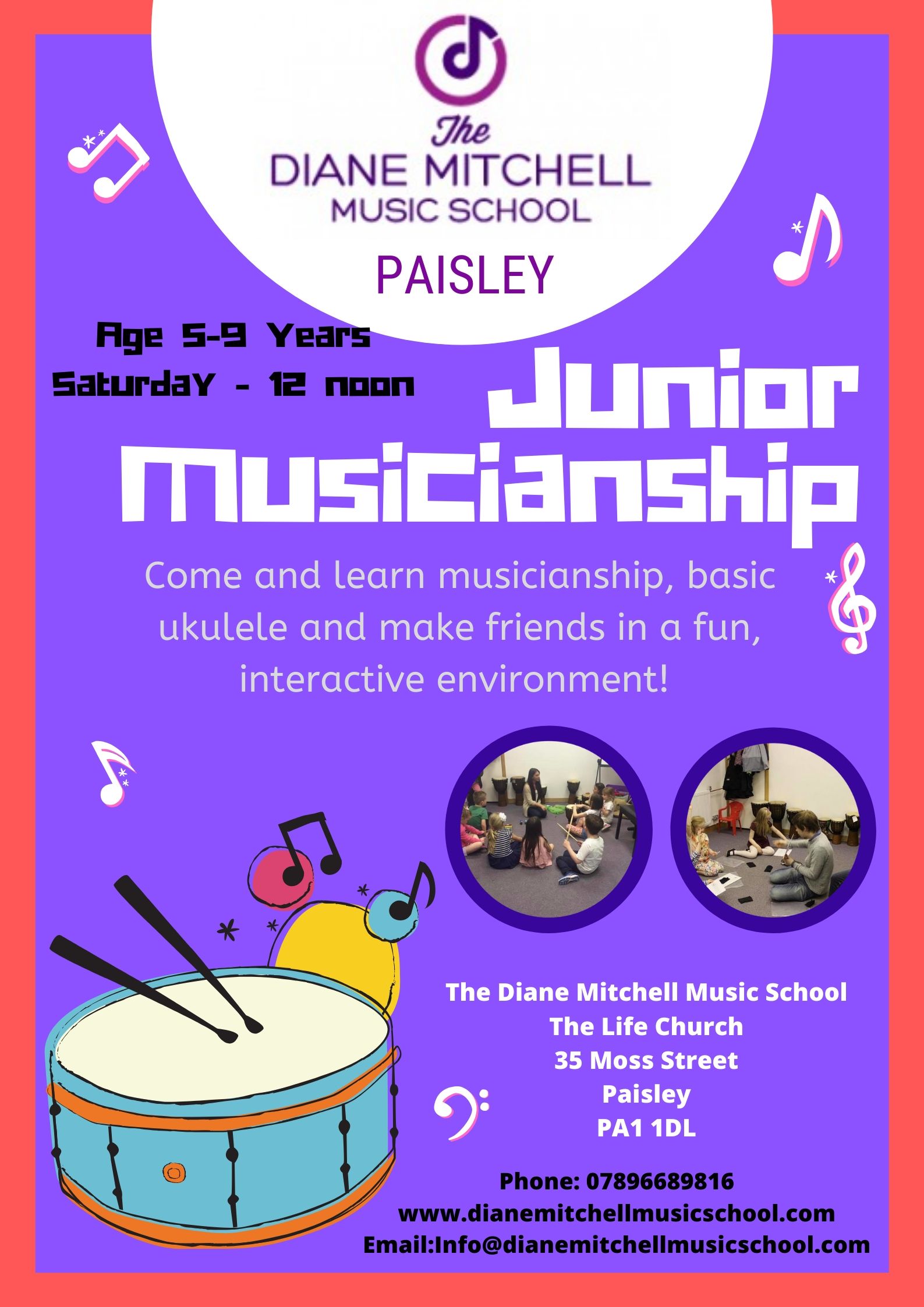 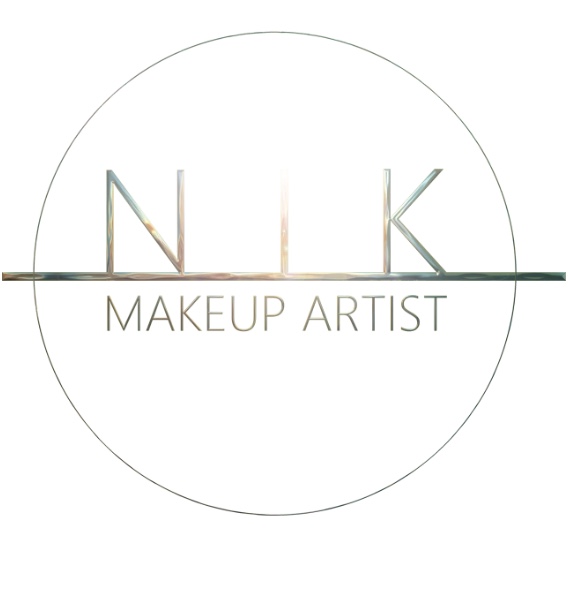 Nik Makeup Artist has teamed up with https://www.stevenallanimages.comto come up with a new look for her customers. 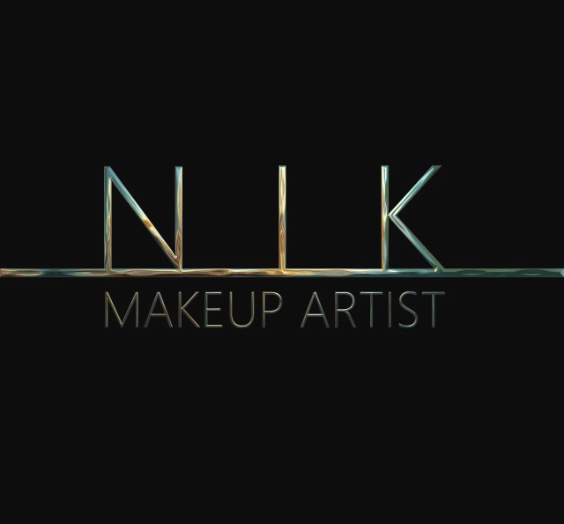 We hope you like our new look just as much as we do we feel it’s in keeping with the luxury services that we offer.

Here is the motion video of our new logo.

Morning yogis, it’s me again, blethering about mental health and why it matters, and, of course, how yoga can help.

So, there’s two parts to your nervous system – the sympathetic Flight or Fight part that’s the reptile brain the bit that saves you from being eaten by a bear, and the parasympathetic Rest and Recover, the bit that helps you heal, digest your food, maintain your mental and physical health, for want of a better term – the useful bit.

Sympathetic is good but I’m not likely to get eaten by a bear, and my reptile brain hasn’t evolved to realise that just because the man in front of me has put his fish at a weird angle on the conveyor belt and if he’d just straightened it slightly I could get my whole basket laid out neatly and properly and I wouldn’t have to still have this cheese in the basket and now someone’s put their stuff down on the end of the thing and I can’t…. 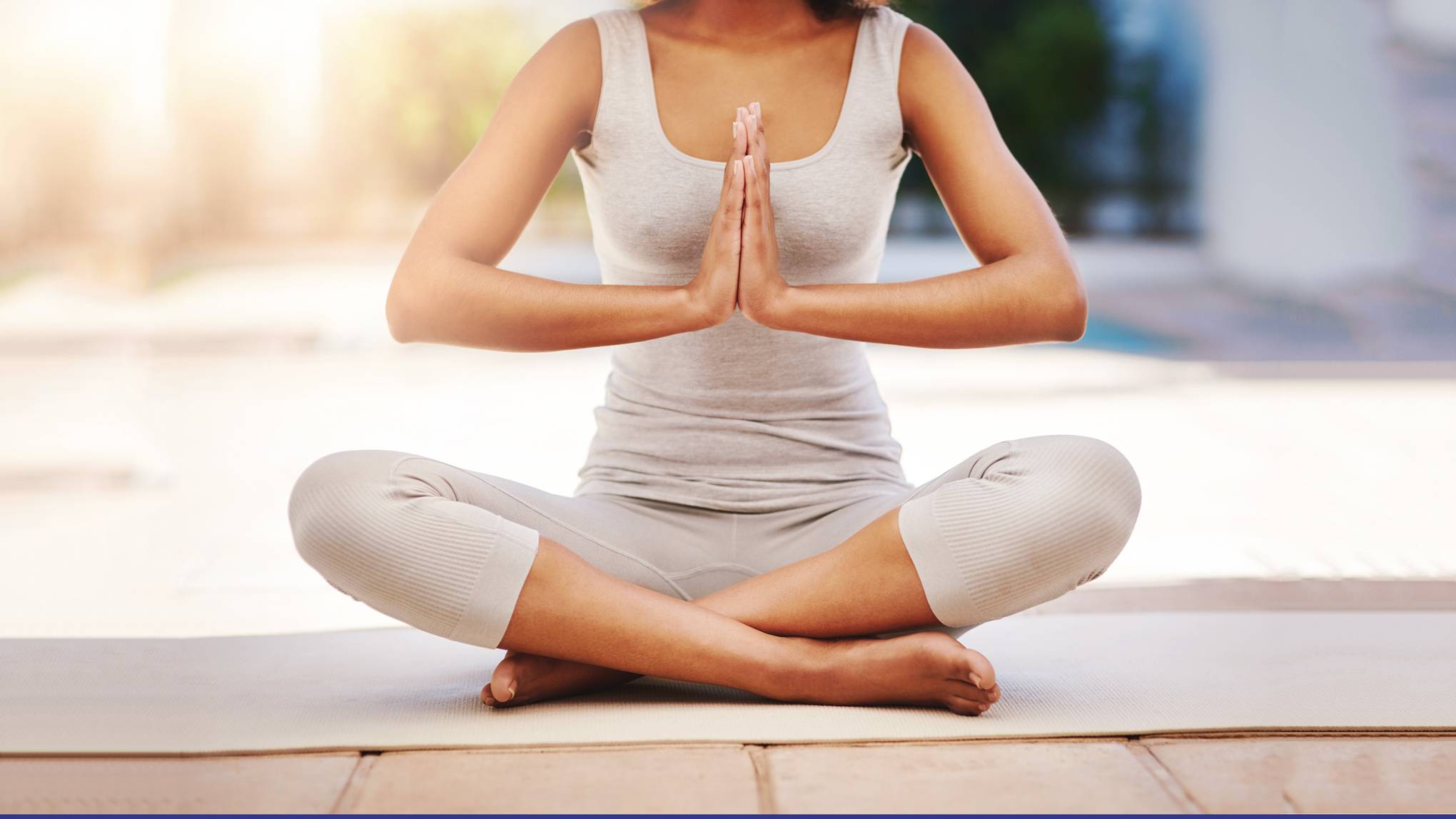 Anyway,
Breathe…
That sympathetic response is fine, muscles are primed for running or fighting, pupils dilated to take in any movement and make full use of the available light, breath is shortened, blood pulls back to support the muscles, heart rate increases, adrenalin floods the system.
All done unconsciously, led by the wee lizard at the controls.

So how does yoga help, baldy? you ask.
I’ll tell you, but don’t call me baldy, I was just about to fight a bear in Morrisons, you’ve no chance.

Yoga puts You back in charge, not the wee lizard, not the wee bunny that runs the parasympathetic either, YOU, the essential being that is YOU.
What? How? Who’re you calling YOU?

You can control the body’s response to stress, breathing, controlled and moderated, releases the tension brought on by the stress response, conscious mindful control of what’s going on inside will calm the system and put you back in charge.
There are loads of helpful strategies to bring you back from the edge of a panic attack, the most effective one is breathing, Take Control of your Breath and you take back control of your body and of your self.
A wee free exercise for you: breathe in for a count of two, then out for a count of four, keep going, if two’s not enough try three in and six out, controlled, breathing through the nose deep into the lungs, keep going, increase it to four if you have to but that’s a long exhale at eight, if you’re going for five in try five out, feeling calmer? how about six and six, too much, go back to two and four, or anywhere in between, you’re in control.
YOU ARE IN CONTROL.
That’s yoga.
Namaste. 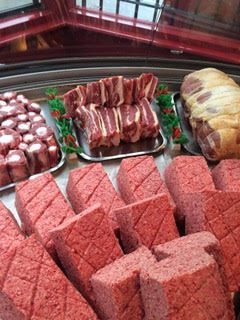 Crowds can expect to witness rap battles between 12 different MCs through-out the night and the winner being presented with a £200.00 cash prize! Local DJ ‘Big Div’ will be launching sounds all night long with more additions to the night due to be announced over the coming weeks with beatboxers also welcome to take to the stage.

#1BLUD DANCE COMPANY will also be taking to the stage and Shuttle Street to perform inside and outside of the hosting venue during the evening to show off their dance skills.

Organizer ‘Rekz’ said: “I have always been interested in expressive music such as Hip Hip/Rap. The Scottish scene in comparison to the English scene has been lacking in the mainstream. Paisley is an integral musical hub in Scotland it would only be fitting for the Scottish Hip Hop/Rap talents to take centre stage in the Bungalow Paisley, which will no doubt create noise and inspire people through it. Paisley having had turbulent times socially, music such as this can unite people and in many occasions be helpful to the mind and soul.”

Work on the next mural in the Paisley First Walls Series is underway in the town’s Lawn Street thanks to the creativity of one of the town’s community groups.

Made in the Mill worked with Paisley based artist Duncan Wilson to create a design concept which raises awareness of mental health.

The group, an artists’ collective based in Mile End Mill Paisley and supported by the NHS, works with artists who use art and creativity as part of their recovery.

Made in the Mill, said: “The mural was designed to represent recovery and the clients involved liked the symbolic image of ‘getting your head above the clouds’.

The words ‘and breathe’ were chosen as a relaxing, open message about wellbeing which could apply to everyone.”

Artist Duncan Wilson said: “It’s great to be part of Paisley First’s Walls series and I’d just like to thank the participants of Made in the Mill for their creativity and input into developing this mural, it has been a pleasure working with them.”

“This is just one of a number of projects aimed at getting local people actively involved in what’s happening in their home town.”

This is the third Paisley First mural with two other murals on the town’s Storie Street and Johnston Street also attracting visitors to the town.

The Paisley First Walls Series is part-funded with a grant through Renfrewshire’s Culture, Heritage and Events Fund.

Paisley 2021 bid director Jean Cameron said: “The existing murals already make wonderful additions to the town centre and we are delighted to have helped Paisley First fund this great project.

“One of the key aims of Paisley’s UK City of Culture 2021 bid is to create opportunities to harness the power of culture makes people’s lives better – involvement in cultural activity has a proven impact on health and well-being.

“For this latest mural to be raising awareness of mental health issues is a perfect way to bring that message to life.”

After Lawn Street, work on the fourth mural will get underway at Lady Lane with the winning design for this location, which was open to Renfrewshire’s creative community, due to be announced shortly. 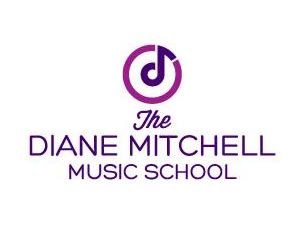 During the months of July and August, we are offering a range of fun music activities to keep your children occupied, while learning valuable music skills. We are now taking bookings for our Summer Weeks, which will run during the school holidays. We have a range of classes at both our Paisley and our Barrhead premises.

Information on the classes can be found at http://www.dianemitchellmusicschool.com/summer-music-classes/

Every Friday night in the Hoose start the straight fae work session with a glass of fizz or two with our special offer on draught prosecco at only £2.95. Make the weekend start with a pop from 4pm till 8pm.

Every second Wednesday its live Traditional Scottish music sessions from the champions of such music in Renfrewshire Rentrad, these session kick off at 7pm so a few beers while tapping yer feet and still got time for a beer before bed.

The “Sit in with oor Hoose Band” night is moving to once every second Tuesday on the 1st and 3rd of every month, as it says in the image, you choose either to sit in, watch, sing, dance whatever yu feel comfortable with. Great entertainment in the Hoose just for you.

Our Hugely popular Northern Soul/Motown night returns on the 26th May with loads of wonderful tunes that will just get you up and getting down, shuffling and jigging to the best era for music ever. enjoy yerself while doing a bit of exercise, err well while havin a glass or two.

All in all a great line up of entertainment in oor Hoose. Make a night of it, book a table for dinner with our Buy One Get One Free deal on all our meals, call 0141 561 7105 to book.