YOUNGSTERS who wrote letters to each other in a project encouraging friendship between children from ethnic and migrant communities have met up with their pen pals for the first time.

There was plenty of excitement when the children, aged between six and 11 who are living across Renfrewshire, were brought together for a special event to be introduced to each other. 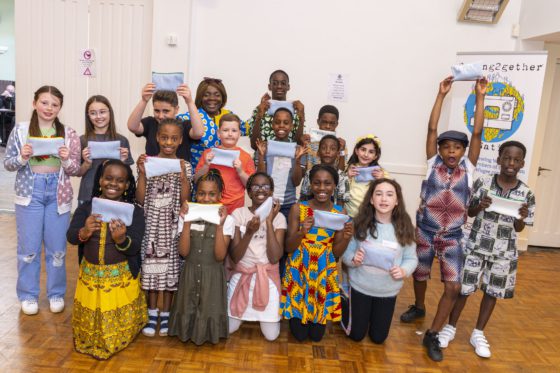 The Pen Pals project was led by the region’s Ethnic Communities Cultural Steering Group – comprising, OneRen, Pachedu, School of African Cultures, Jambo Radio, Inspiring Families and the University of the West of Scotland.

Its aim was to strengthen connections across the diverse communities locally and for children from different backgrounds to share their experiences. 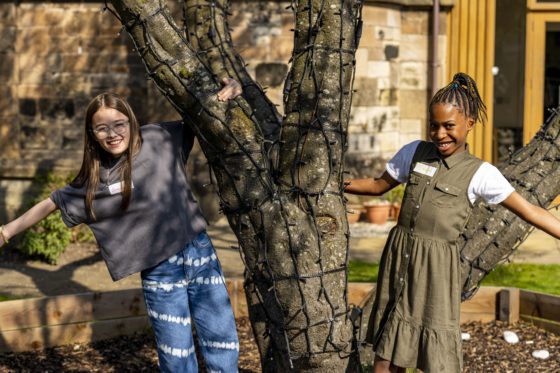 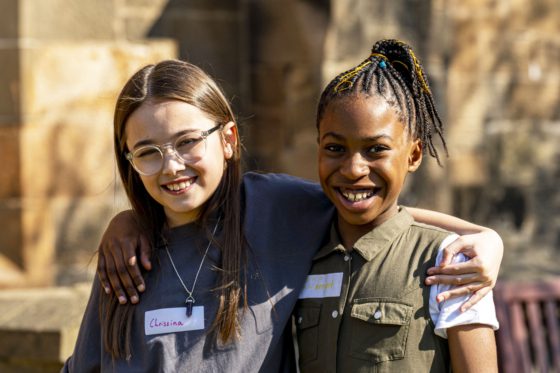 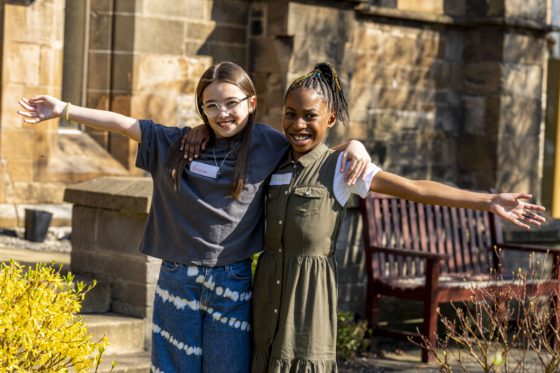 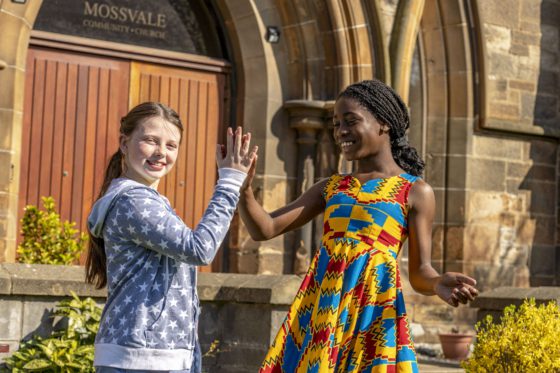 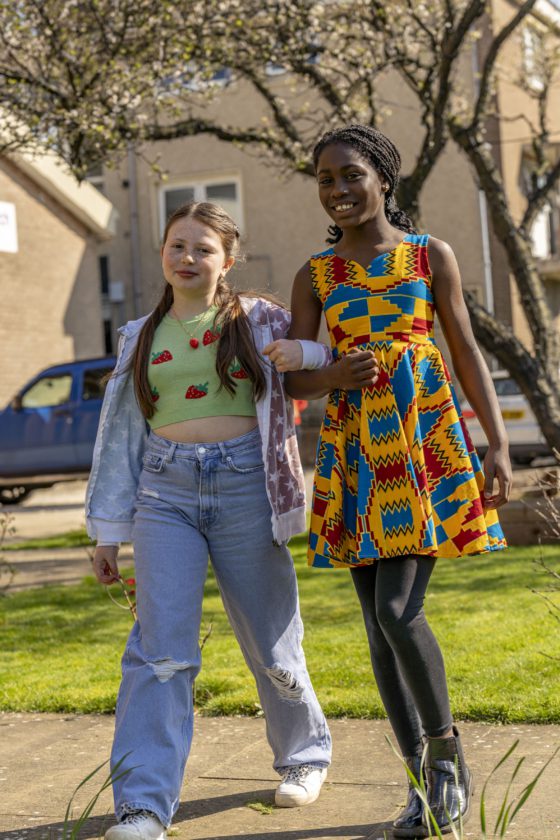 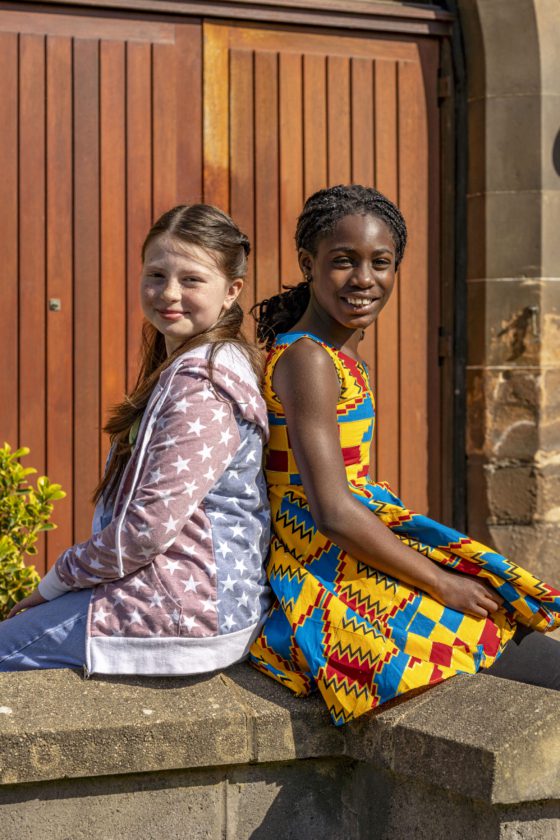 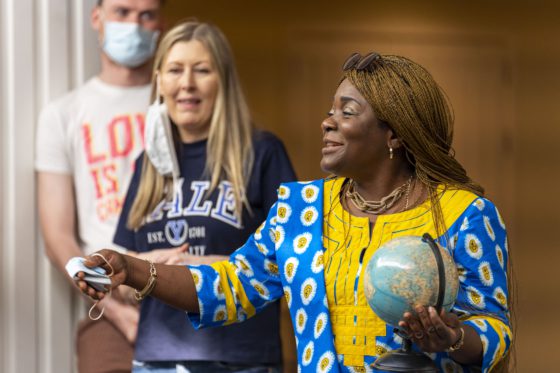 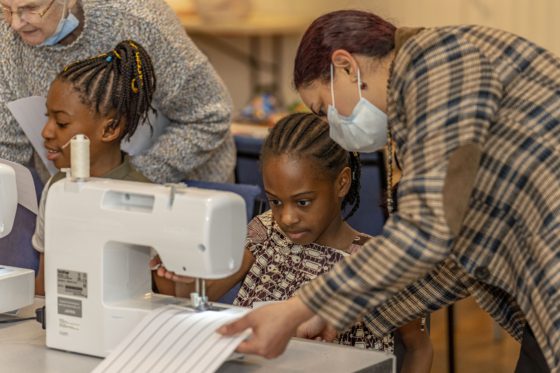 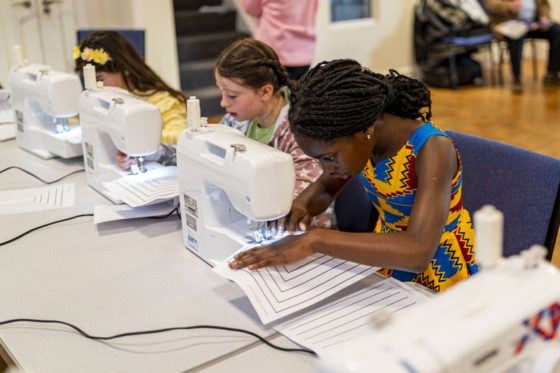 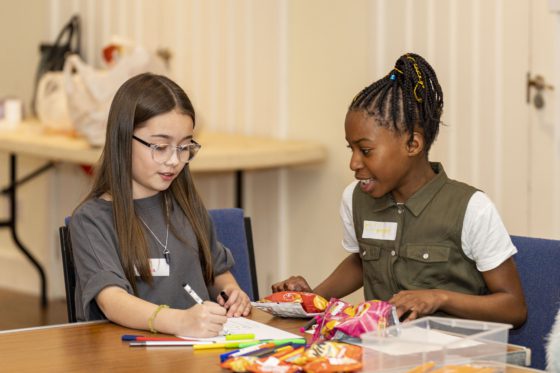 Gabriella Turay, aged ten, from Paisley, whose pen pal is Christina McEwan, said: “It’s fun getting to know people. We wrote to each other about our families, our friends and what we like doing.

“I enjoyed writing the letters to Christina and I also sent her drawings. I always looked forward to getting a letter from Christina and getting to know what was going on in her life.

“I was so excited about meeting her that I did star jumps when I saw her for the first time. I’m sure we’ll see each other again.”

Christina, aged nine, from Paisley, added: “The best thing about having a pen pal is that I made a new friend and being able to tell them about the things I like to do. It was good that I could find out what Gabriella likes to do as well.

“When we met, we just started talking like we were old friends and we’ll keep on writing to each other.”

Jamelia said: “I loved getting Sophia’s letters because when you start having a pen pal, you don’t really know anything about the person you’re writing to.

“I’d write and tell Sophia about my family and my friends and she did the same about hers.

“We’re going to speak to our parents and ask them to arrange for us to meet up again.”

Sophia, aged 11, added: “It’s good to find out what’s going on in other people’s lives and having a new friend.

“I wrote and told Jamelia about my pet guinea pigs and that I like to go ice skating. It was also good that I was able to practise my writing skills.”

Jamelia’s mum, Rebecca, said: “The Pen Pals Project has been really good for Jamelia as her confidence has grown and she has learned about different cultures.”

Regine Bews, founder and project co-ordinator at the School of African Cultures, said: “The children were quite excited and looking forward to meeting their pen pals.

“We encouraged the children to use pen and paper instead of an email or text when they were writing, as it’s a bit more special to get a letter through the post. There’s more of a personal connection when you actually sit down with a piece of paper and write a letter.”

When the pen pals met up for a special event at Paisley’s Mossvale Community Church, they also took part in a sewing workshop with the local group, Sewing2gether All Nations, each of them making a pencil case.

Representatives of the Scottish Government also presented the youngsters with a special book featuring the letters the children had written, along with drawings and photographs they had sent each other. Copies of this book will also be on display in Renfrewshire’s libraries.

The Pen Pals Project is one of a series of initiatives across Renfrewshire to strengthen cultural connections across all communities.

The Pen Pals project was supported by Renfrewshire Council’s Future Paisley initiative and made possible through the New Scots Refugee Integration Delivery Project, which is led by the Scottish Government in partnership with COSLA, Scottish Refugee Council and the UNESCO Chair at the University of Glasgow. This project has been part funded by the European Union Asylum, Migration and Integration Fund, making management of migration flows more efficient across the European Union.

Rikki Payne, Arts Manager at OneRen, said: “Modern Renfrewshire is a rich tapestry of diverse communities, all of which we should celebrate. It’s important that we build connections between them all.

“Children are so important to this. Not only have they made great new friends but they have gained an understanding of other cultures which will live with them throughout their life.

“Importantly, it was a lot of fun too. We hope many enduring friendships have been formed, as I’m sure the pen pals will all be keeping in-touch.”