Spotless September steps into schools to educate the next generation

Young people in Renfrewshire primary schools have been learning about the Team Up to Clean Up campaign and the difference it is making to the local environment.

Pupils at West Primary were the latest school visited during Spotless September where they were given a presentation on what the campaign involves and how they could inspire their friends and their parents to get involved. 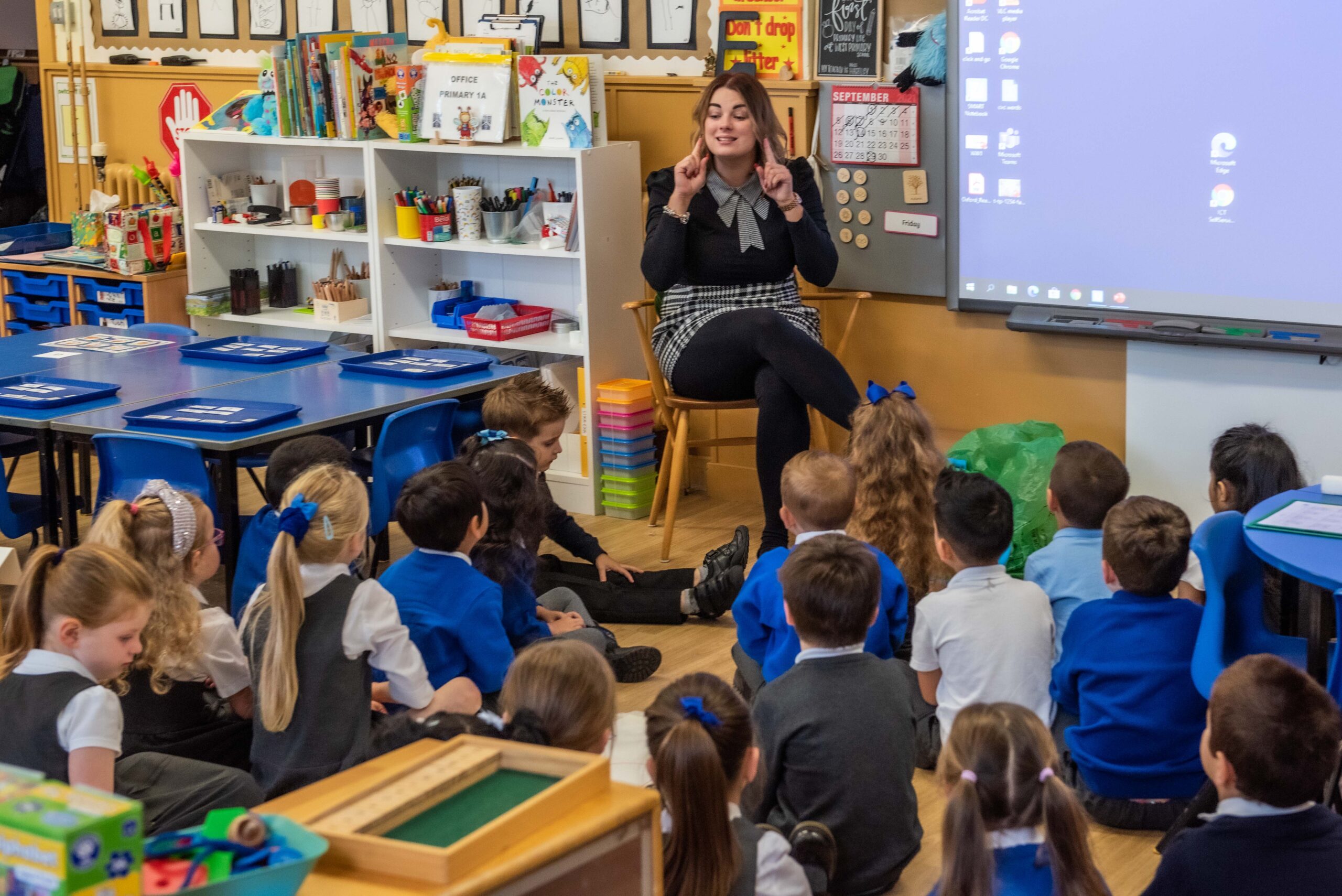 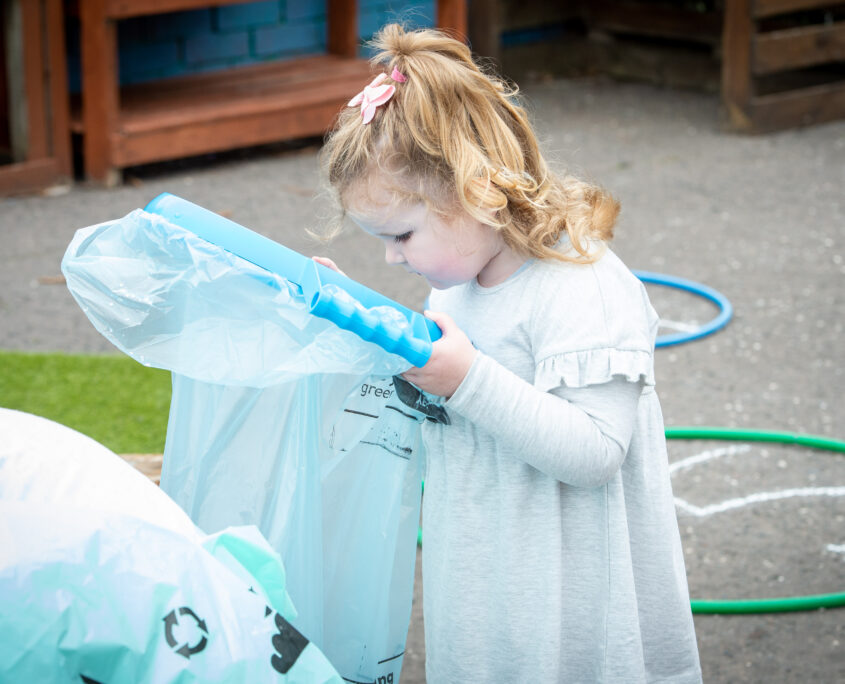 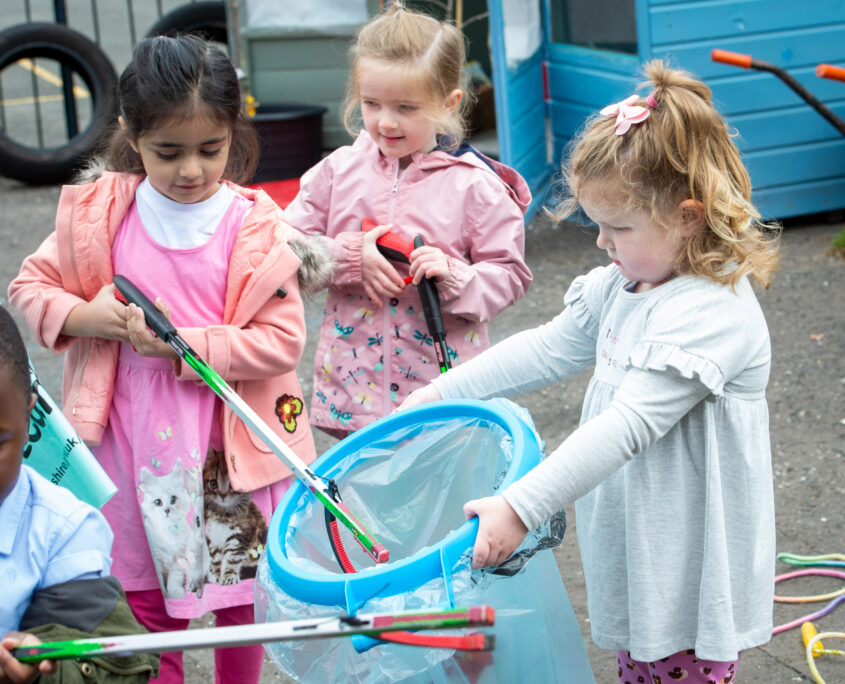 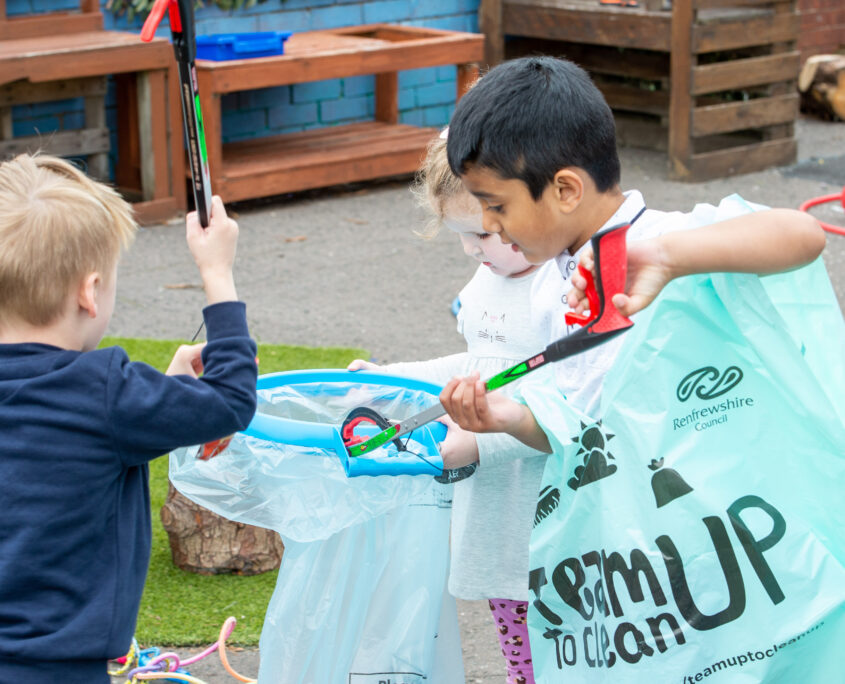 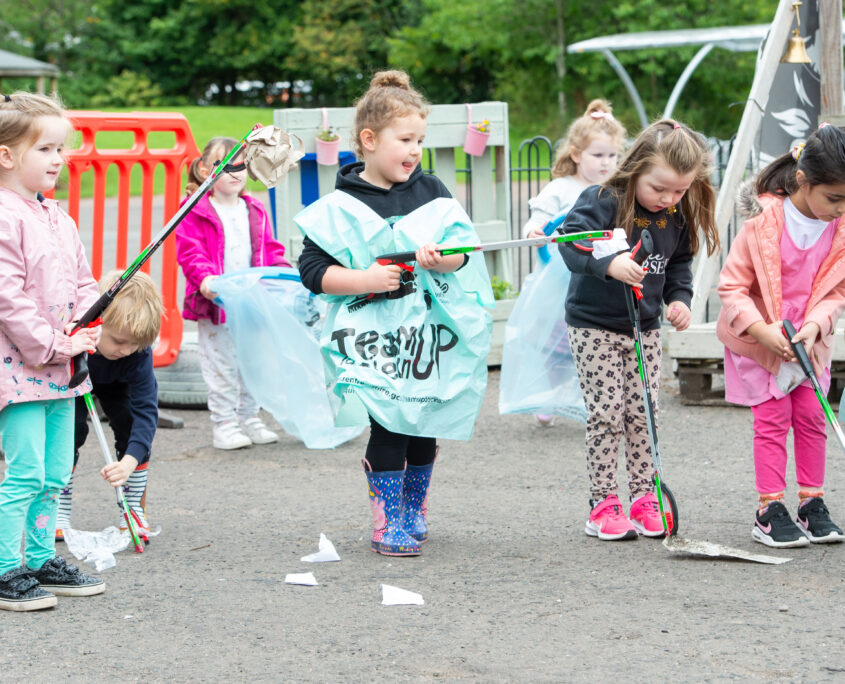 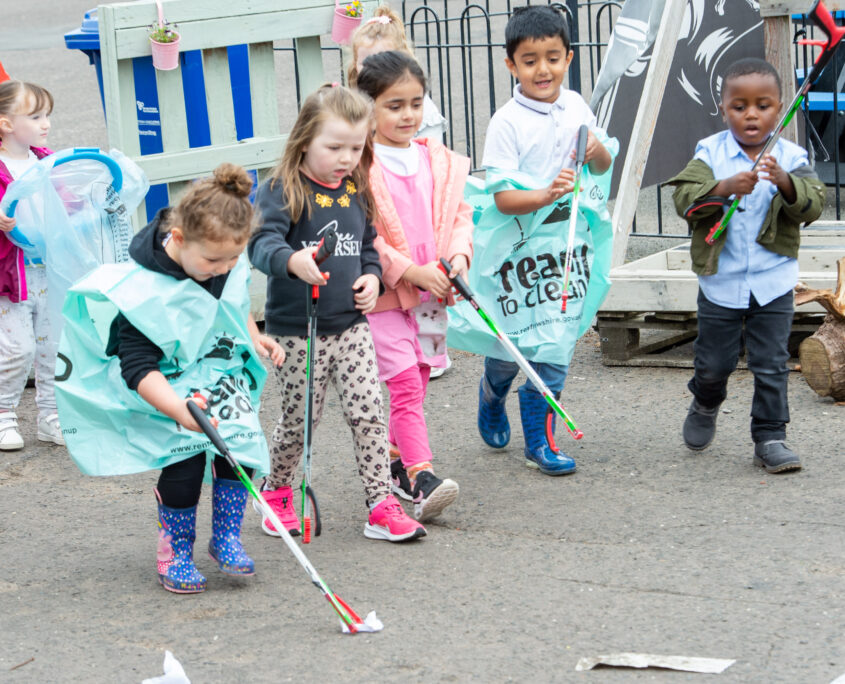 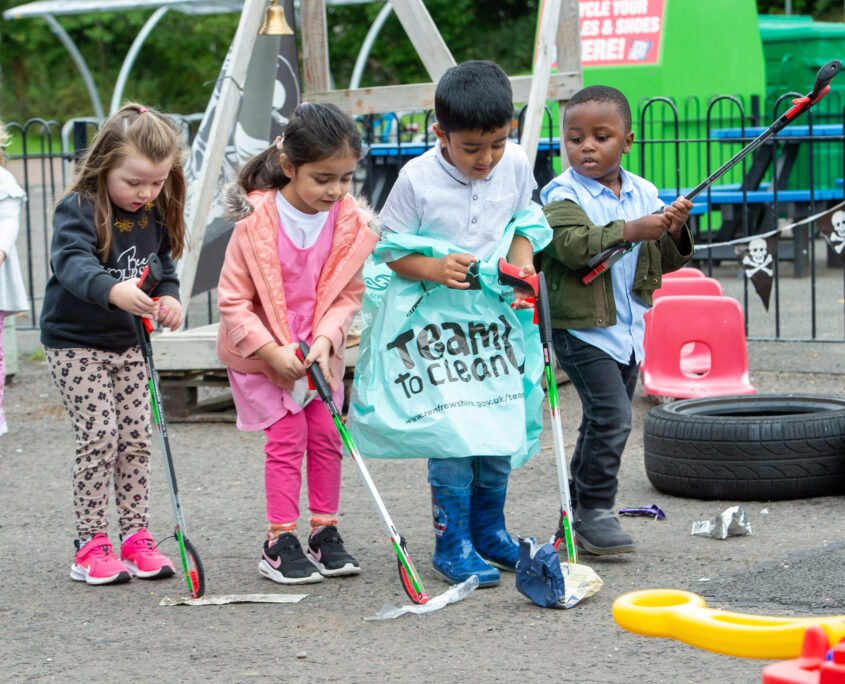 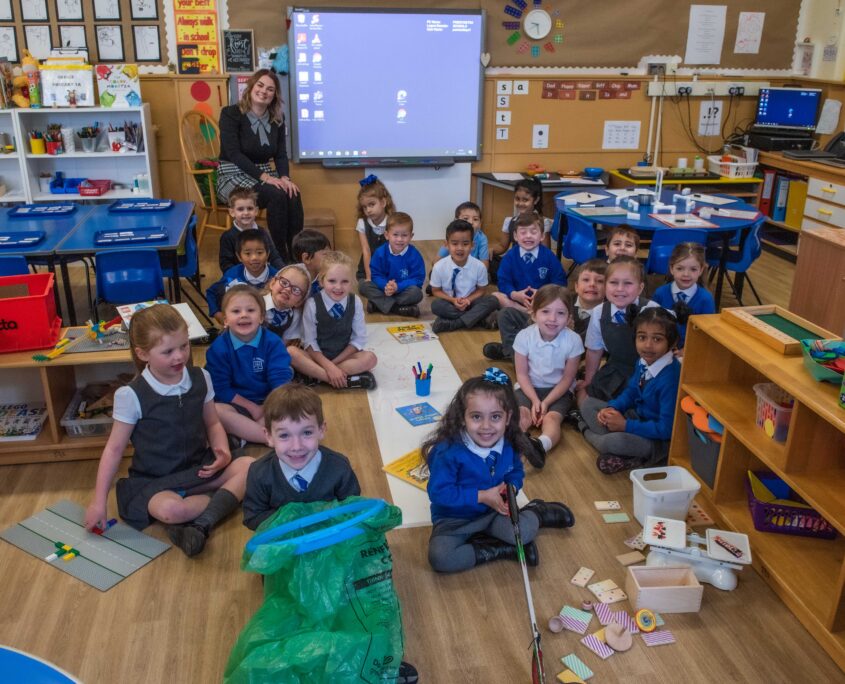 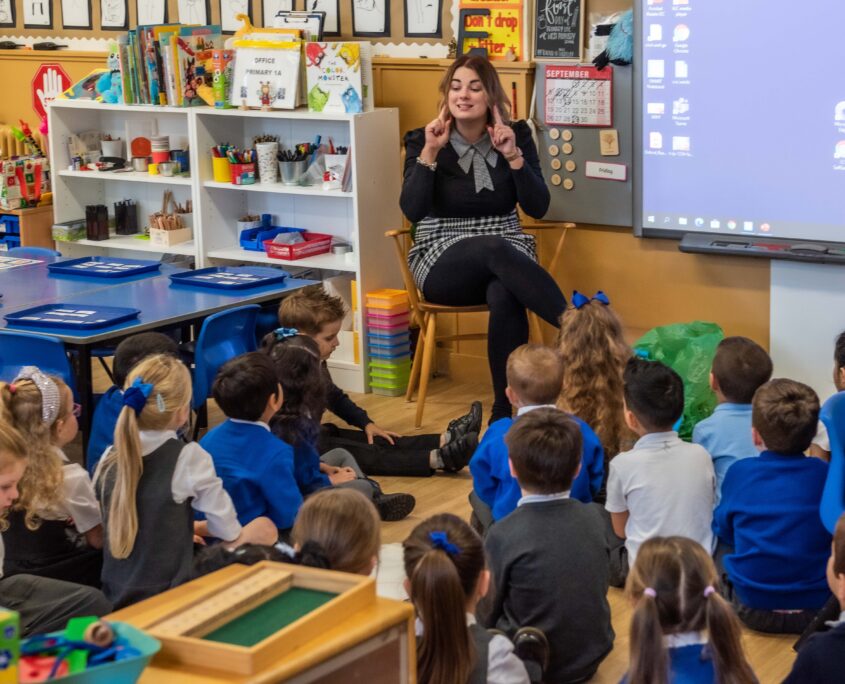 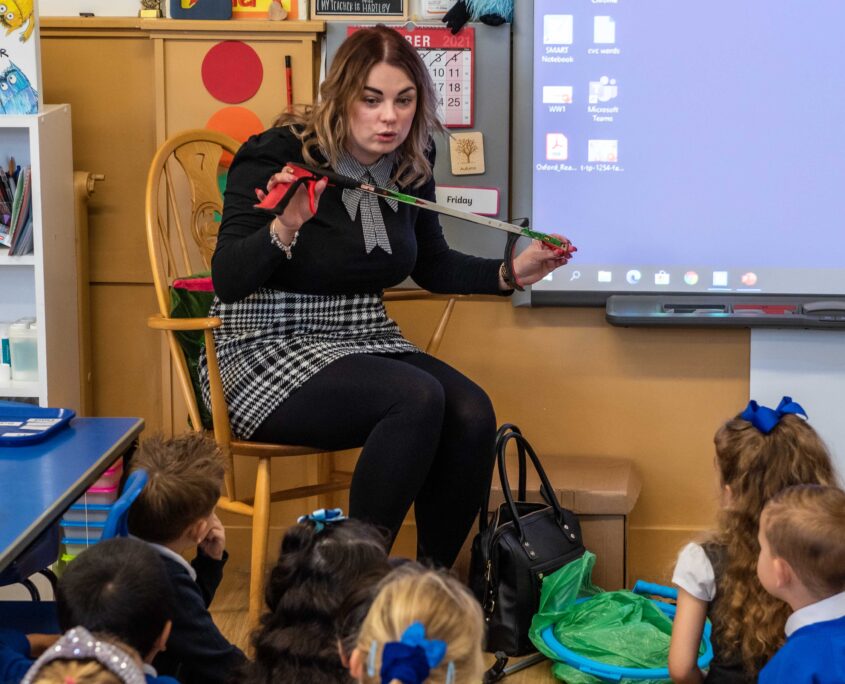 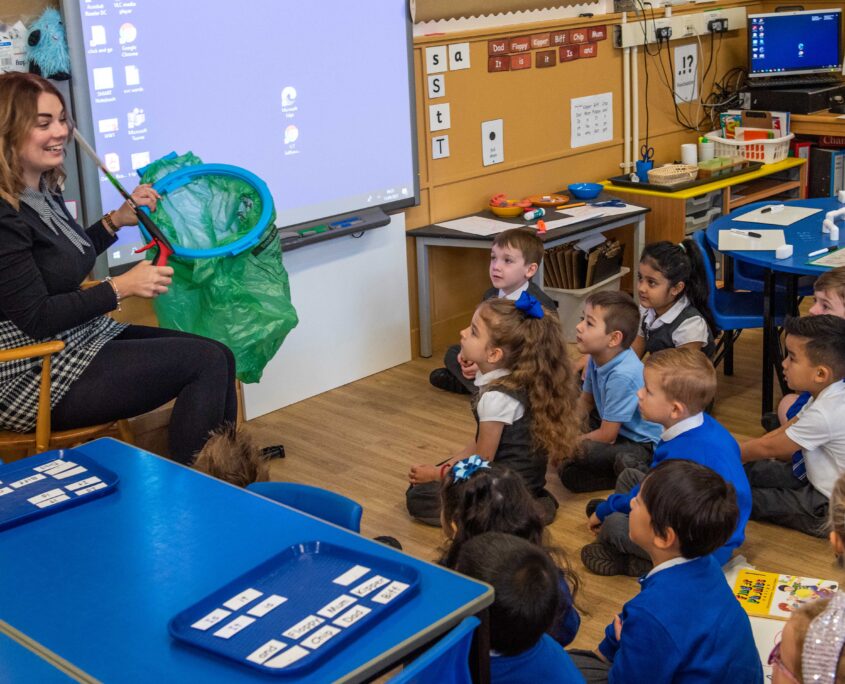 Litter picking, recycling and the impact on animals and wildlife were all on the agenda as pupils were encouraged to think before they litter.

Emma McCrystal, Senior Community Safety Officer, said: “Having the opportunity to interact with the children informally, as well as educating them on the importance of looking after their communities, has been a lovely experience.

“I am pleasantly surprised at how well the children have engaged in the workshops and enjoyed picking up the litter.

Officers from the campaign have already visited St David’s, St Fillan’s, Fordbank and Cochrane Castle, with many more primary schools still to come before Spotless September is over.

Councillor Cathy McEwan, Convener of Renfrewshire Council’s Infrastructure, Land and Environment Policy Board, said: “One of the most important parts of the Team Up to Clean Up campaign is the education of our next generation and outlining to them why they are so important now and for our future.

“Littering is a bad habit they learn from others, so we want them to lead from the front and challenge their peers and their parents on any misconception that it is acceptable.

“Our teams are out visiting as many schools as possible to get the message across during Spotless September and we hope that we will begin to see the difference in our pupils attitudes immediately.”

Spotless September is part of the wider Team Up to Clean Up campaign which brings the Council and community together to tackle environmental issues in Renfrewshire.

Volunteers are supported with equipment and collection of the bags from litter picks, while the Council has invested in additional gully cleaning, road sweeping, litter picking as well as fly tipping, dog fouling and recycling campaigns.

For more information and to join thousands of other volunteers as part of the campaign, visit www.renfrewshire.gov.uk/SpotlessSeptember.