ST MIRREN have today completed their five-year journey to become a fan-owned club.

The St Mirren Independent Supporters Association (SMISA) have bought out the remaining shareholding of chairman Gordon Scott to become majority (51%) owners of the Buddies. 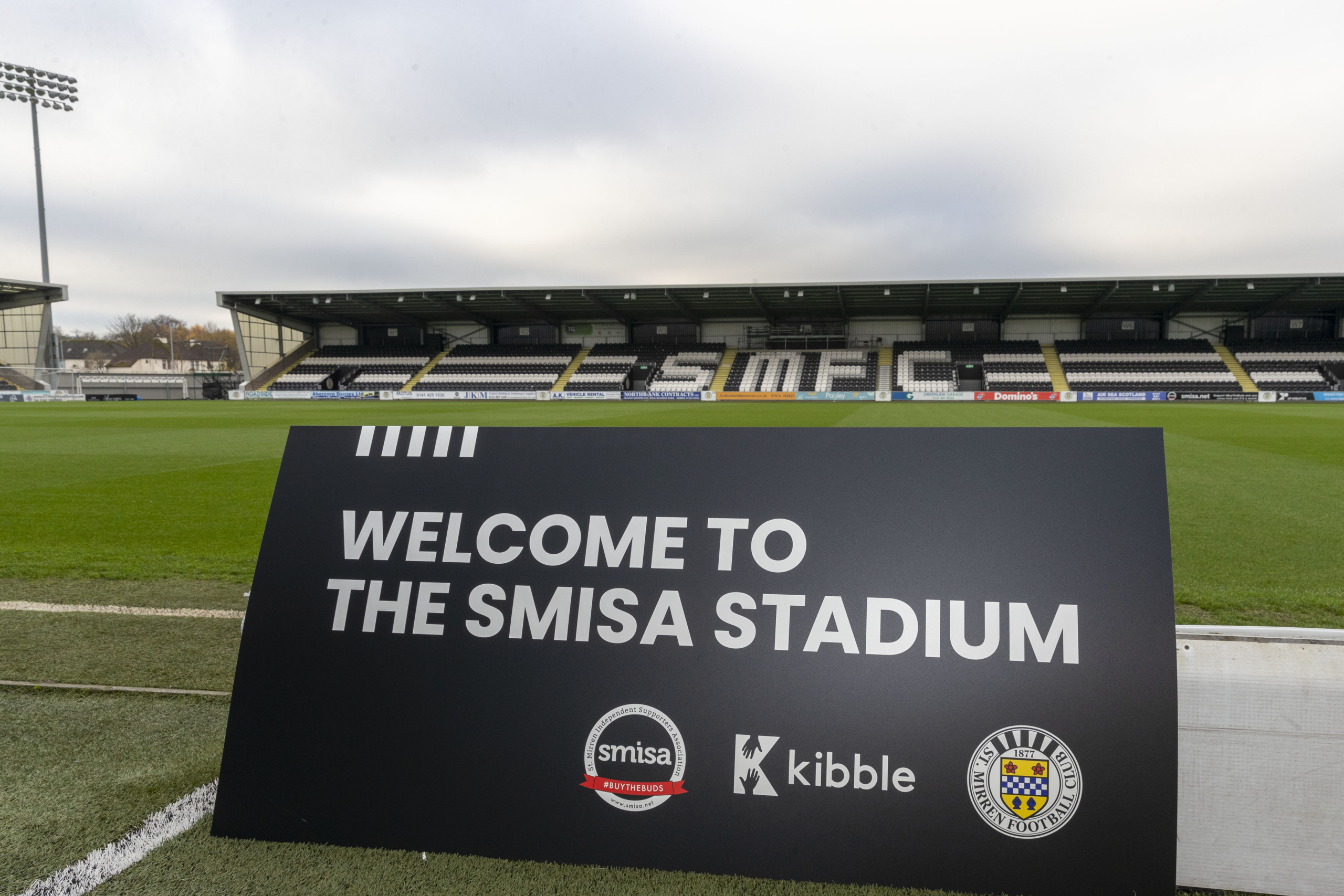 The deal helps to safeguard the future of the club – formed in 1877 – by placing it in the hands of its supporters, the people who care for it the most.

The move into fan ownership comes in conjunction with charity and social enterprise Kibble who last year bought a 27 percent stake to become part-owners of the club.

That model – where the club is owned by its fans and run in partnership with a charity – is believed to be unique in top-flight European football and has allowed SMISA to complete the transition to fan ownership in five years rather than the original 10-year plan set out in 2016.

And the dream of fan ownership has only been realised thanks to the financial backing from SMISA’s near-1200 strong membership over the past five years and the support and growth of SMISA in general from its formation almost 20 years ago.

Now that the shares have been purchased, the members’ contributions will instead go towards supporting different areas of the club including the youth academy and the charitable foundation.

SMISA will now have four representatives on the St Mirren board, with Scott and Alan Wardrop joining existing SMISA-appointed club directors John Needham and David Riley.

And, although the club is now owned by its fans, the day-to-day operations will continue to be run by CEO Tony Fitzpatrick and the St Mirren staff.

Scott, who made fan ownership possible by teaming up with SMISA to buy out the previous owners back in 2016, was pleased to see the deal come to fruition on a special day at the SMISA stadium.

He said: “I am immensely proud of the part I have played in delivering fan ownership.

“We had always said that we had ten years to deliver a sustainable model but when the opportunity arose to deliver this now in partnership with Kibble it was too good an opportunity to miss.

“We have taken giant strides over the last five seasons both on the pitch and off it and with the deal now complete I am convinced that this model will allow us to continue that progress.”

SMISA chair George Adam added: “This is a really proud day not just for St Mirren fans but for the people of Paisley and beyond.

“To have our club now owned by the supporters means we will never have to worry again about it being run by people without St Mirren’s best interests at heart.

“It’s a real testimony to the fans who were presented with a vision back in 2015 and have now been able to make it a reality. I’ve never been prouder to be a Buddie.”

“They are now in charge of the destiny of the club they love, and Kibble are delighted to be working with SMISA and to have played our part in making this possible.

“When we agreed to become shareholders and partners last year, it was because we were excited about the chance to work hand-in-hand with SMISA to help take the club forward while improving the lives of young people in the Renfrewshire area.

“We believe we are starting to see the fruits of that relationship and look forward to contributing towards many more successful years at St Mirren.”

Supporters Direct Scotland chief executive Alan Russell added: “At SD Scotland we are delighted to see SMISA reach this milestone and are proud to have supported them on their journey towards fan ownership.

“They have shown what can be achieved by working in close partnership with other shareholders and other community organisations and have had one hand on the steering wheel as St Mirren FC have established themselves in the Premiership once again.

“Their experience as minority shareholders over the last few years will be invaluable as they take ownership of the club – and they join the family of fan-owned clubs who are a beacon to the whole supporters trust movement in Scotland and beyond. Congratulations!”

Anyone wishing to join SMISA can do so from as little as £5 a month at smisa.net/signup.

Sustainable Technologies for Agriculture and Energy
Scroll to top