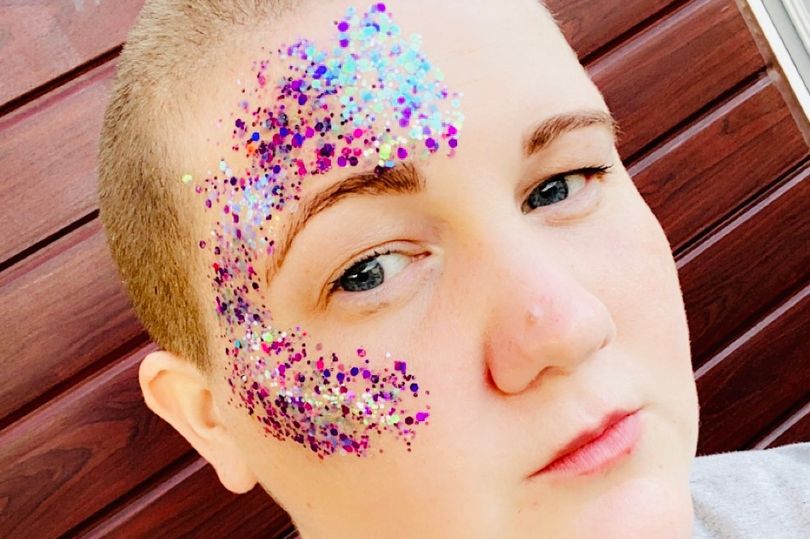 A brave Paisley hospital worker has had her hair chopped in a bid to help beat cancer.

Gemma Wallace has been helping the NHS battle the coronavirus pandemic in her role as a cleaner at the Royal Alexandra Hospital.

Now she is hoping to help fund research in the ongoing battle to defeat cancer.

The determined mum-of-two raised more than £600 when she braved the shave for Macmillan Cancer Support on Saturday.

And she revealed it was two family members close to her heart that inspired her to take on the challenge.

Gemma told the Express: “I was very nervous ahead of the challenge because it’s such a big change to how you look.

“But it’s a cause very close to my heart because cancer runs in my family.

“I’ve got two family members, a great aunt and uncle, who are unfortunately terminally ill at the moment.

“I really wanted to do something for them and set an initial target of £150. I was already past £600 before I braved the shave on Saturday and more money is still coming in.

You can donate by going to https://www.gofundme.com/f/66aph-macmillan-cancer

Gemma was cheered on by her four-year-old daughter Kayla, who just started school at Heriot Primary.

Her backing was all Gemma needed to finally take the plunge over the weekend after a hectic few months.

Gemma added: “My daughter said she was very proud of me, which for a four-year-old really means a lot to me.

“It’s been such a busy time at the Royal Alexandra. “Cleaning has obviously become even more important than usual and it’s been so busy. “It’s been exhausting but I’m proud to play my part in helping the NHS.