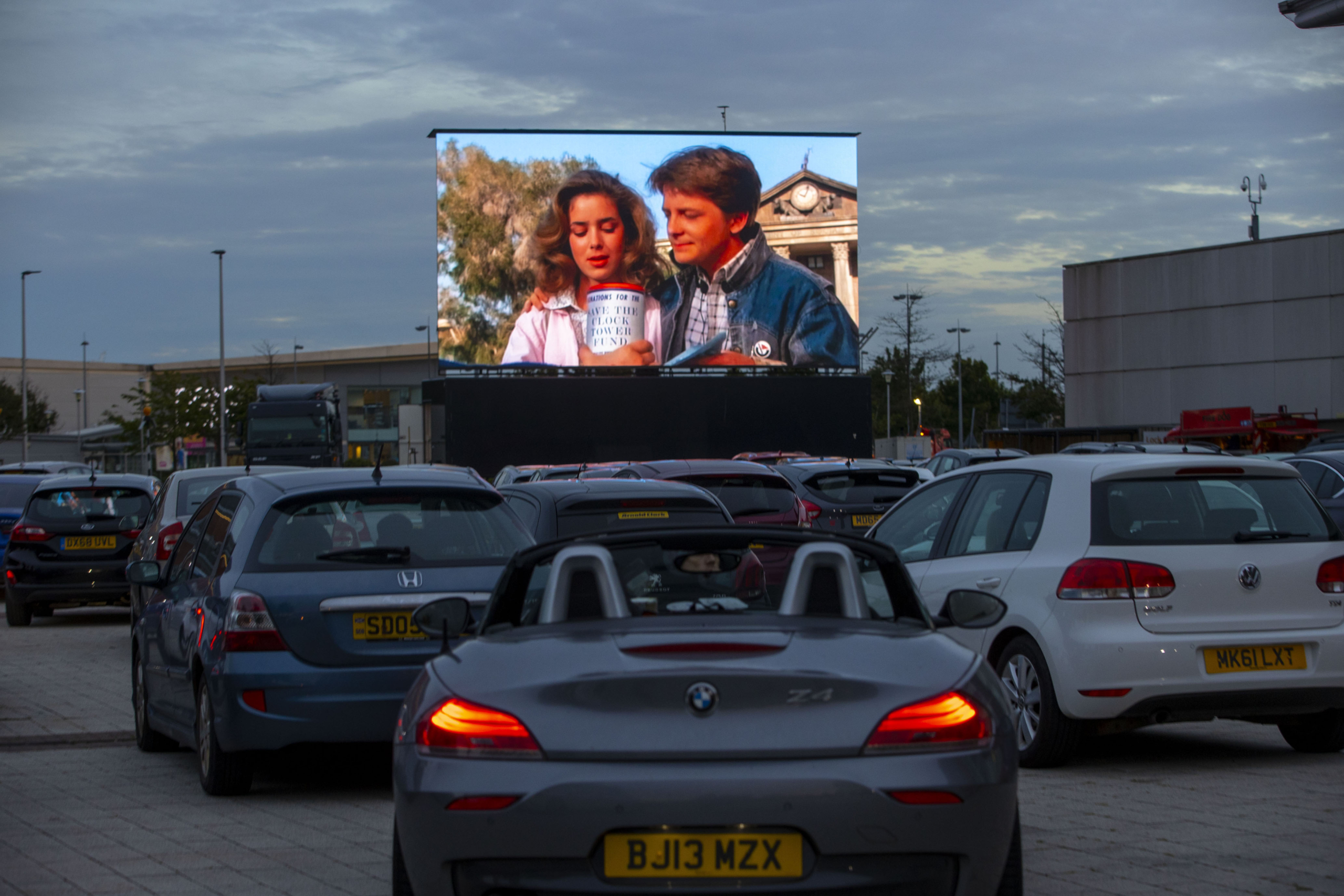 It was a full house when drive-in movies came to the boardwalk at intu Braehead for the first time last night. (Wednesday, July 29)

Grease was the first film shown and it was the one that everyone seemed to want as 150 cars packed with movie fans turned up to watch the iconic film featuring John Travolta and Olivia Newton-John.

And as a thank you for their work on the frontline during the coronavirus pandemic, anyone who works for the NHS was given free entry to the first screening.

Later during the second show, which was family favourite, Back to the Future a similar amount of cars were parked up in the boardwalk in front of a giant screen.

The Arena at intu Braehead has teamed up with the Catherine McEwan Foundation charity to help raise much-needed funds to help people living with Crohn’s and Colitis get better care, treatment and quality of life. 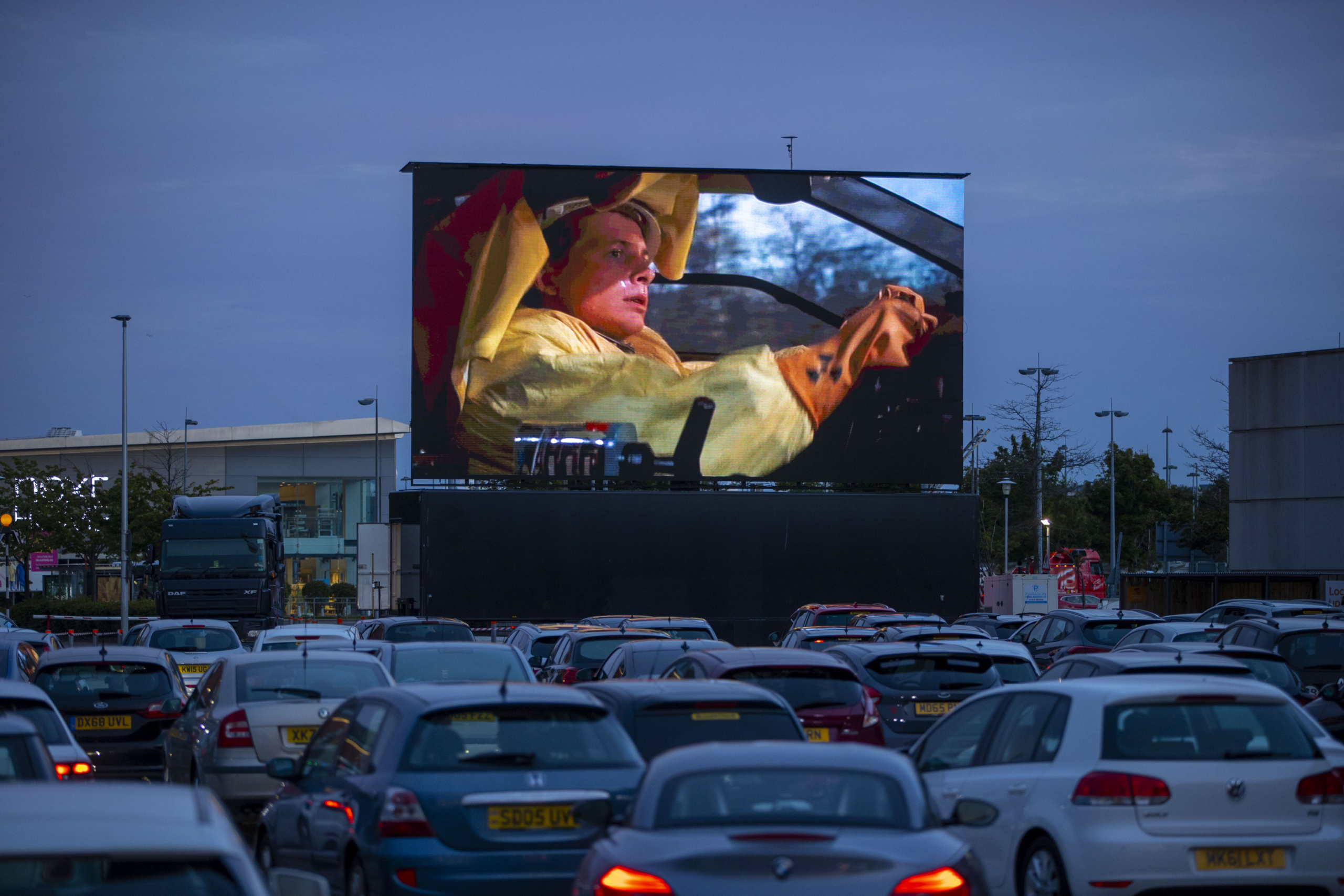 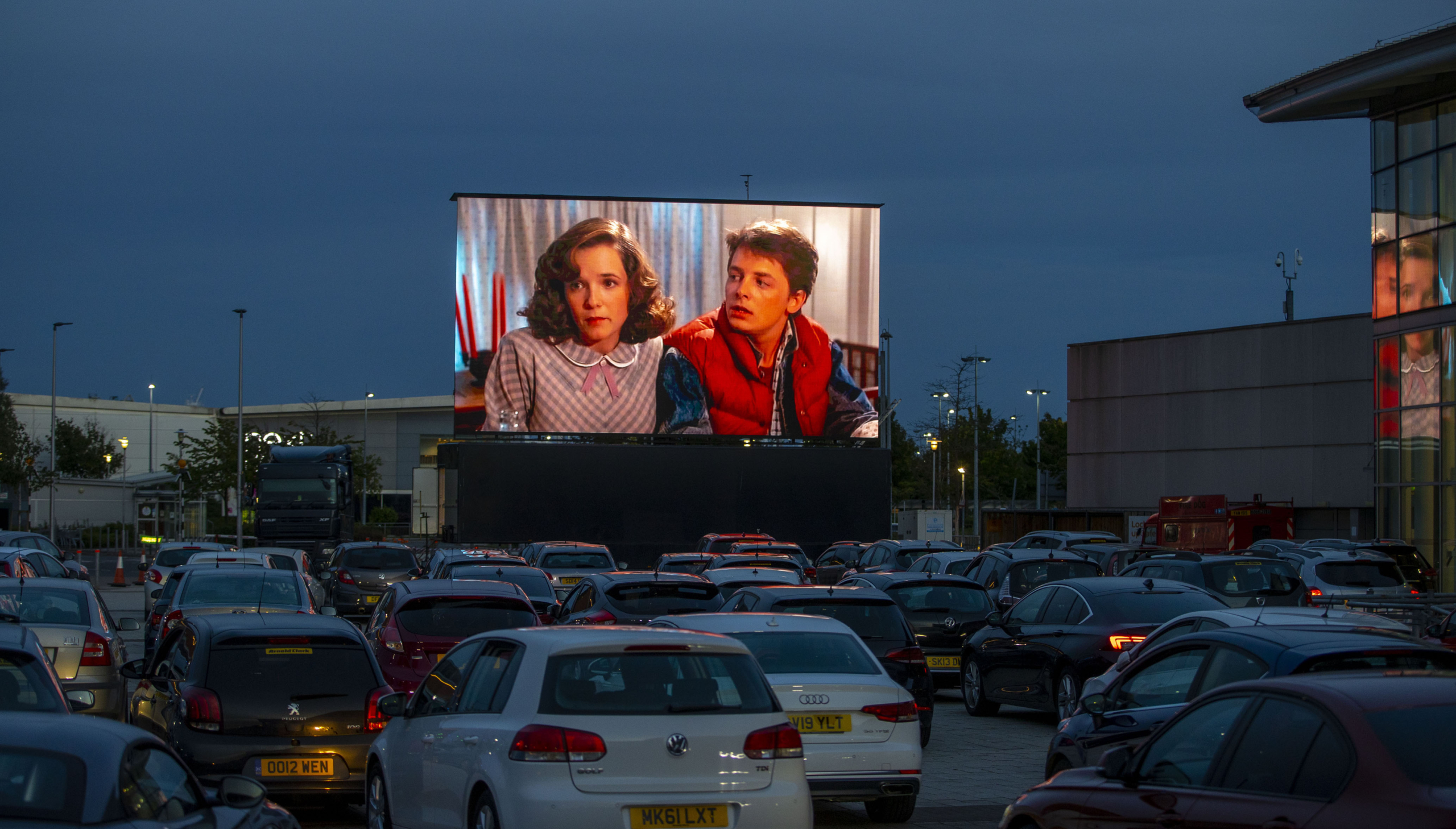 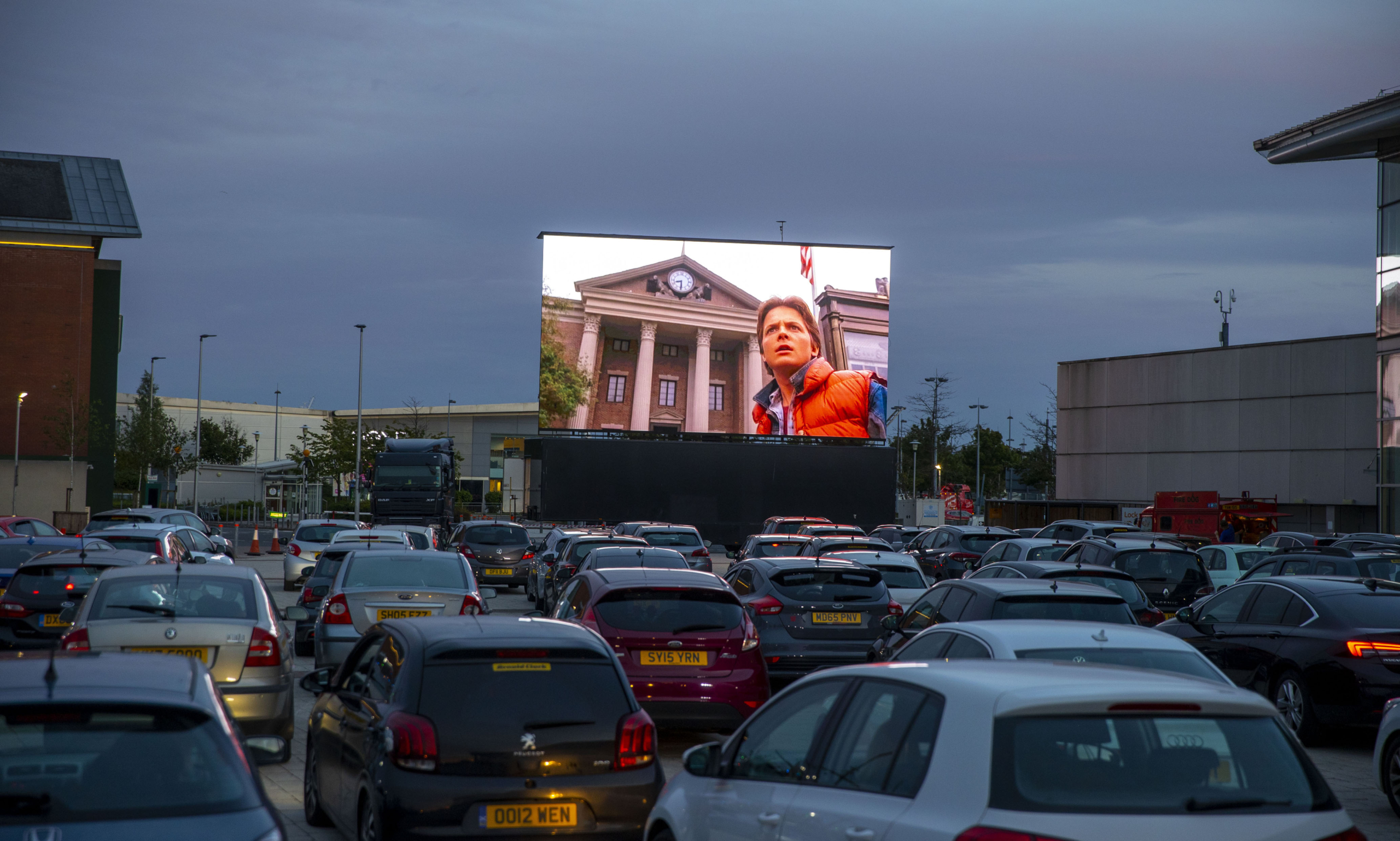 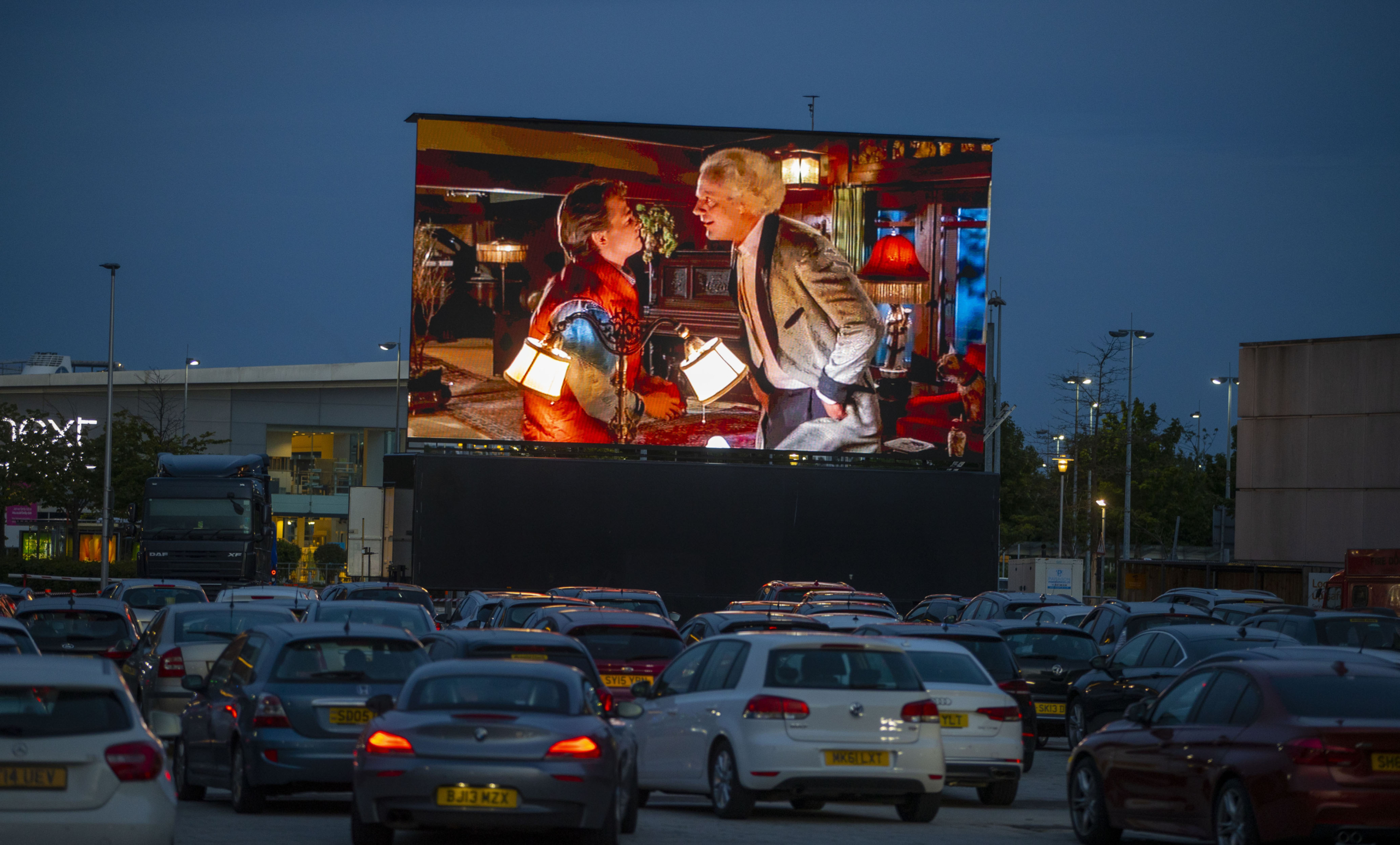 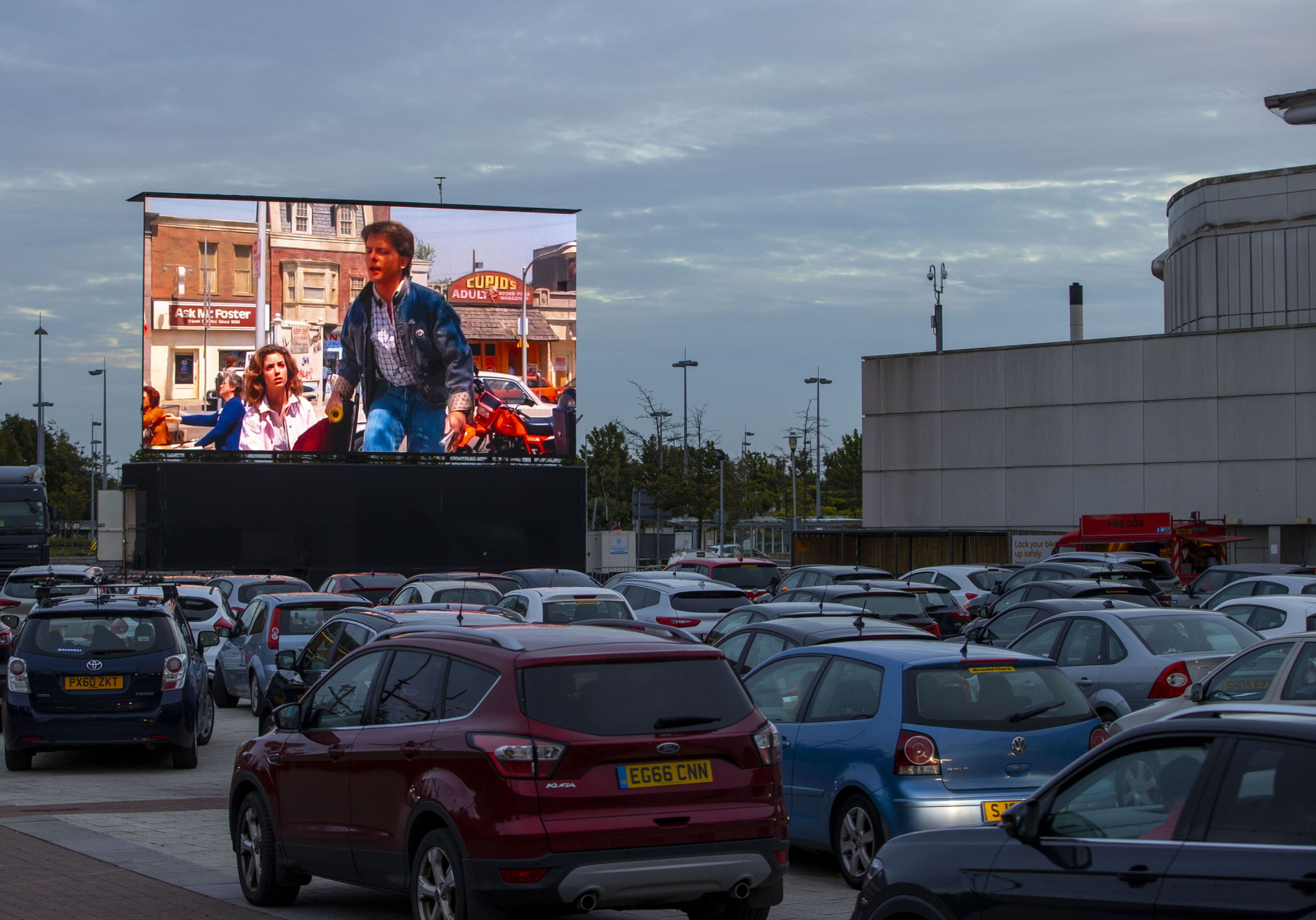 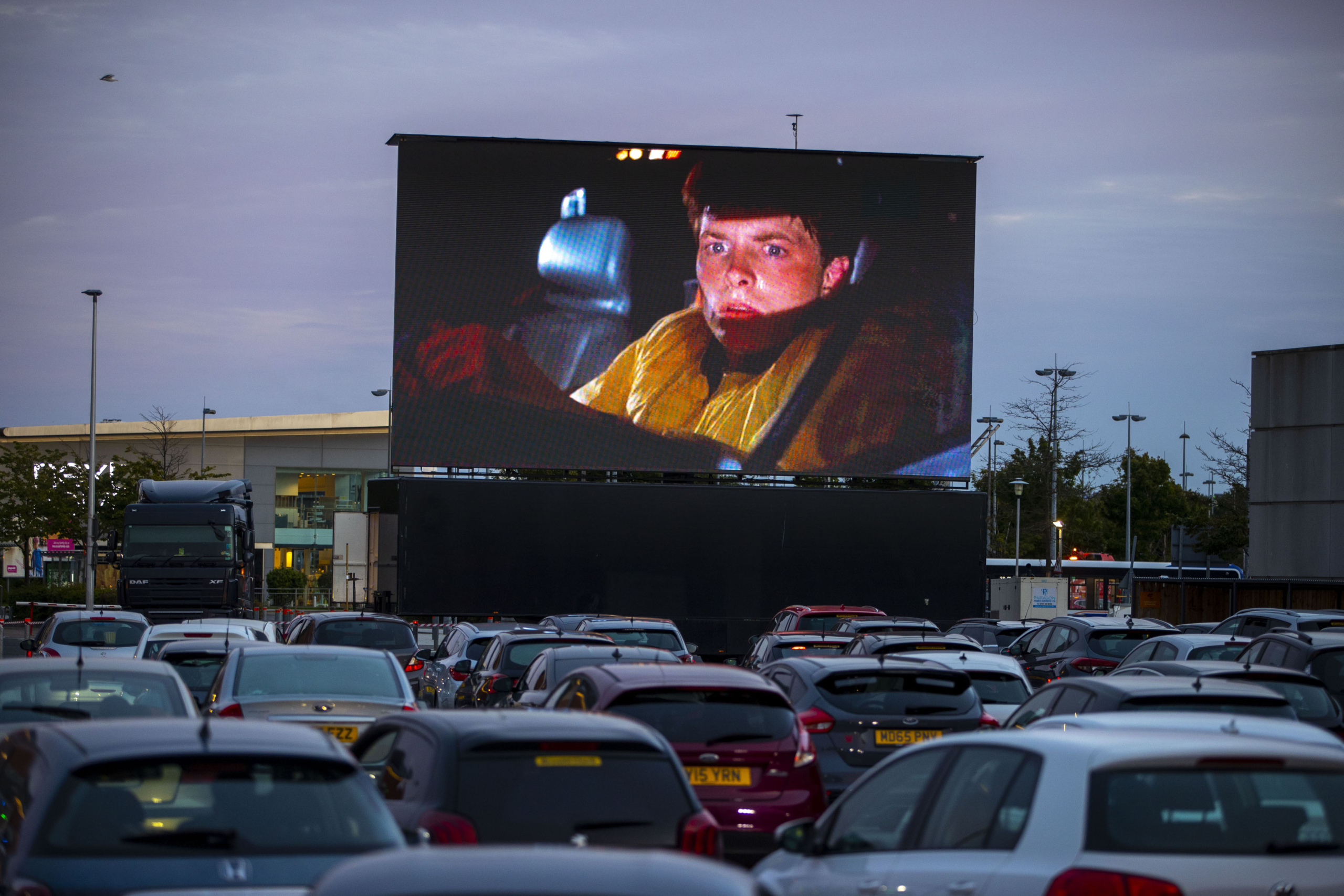 There will be two films shown on a giant screen every night and four movies this weekend, with the audio broadcast via a frequency that car radios can be tuned to.

Tickets are still on sale for the drive movie screenings that go on until Sunday, August 2 and the movies being shown are Grease, Jurassic Park, Mama Mia, Goonies, Finding Nemo, Lion King, The Lost Boys, Back to the Future and Dirty Dancing.

Refreshments are provided on site by the UK’s top street food operator, The Big Feed.

Derek McEwan, who launched the Catherine McEwan Foundation after his mother, Catherine passed away after years of suffering from Crohn’s Disease said: “It’s great to be at the iconic Braehead Boardwalk raising funds to help children and adults battling Crohn’s and Colitis.

“Our first night has been great and the fact that we could give a little back to our NHS superheroes tonight made it a bit special.”

Scott Martin, intu Braehead Leisure general manager added: “People seemed to move like greased lightning to snap up the tickets when they went on sale.

“It’s a novel way to have a good night out with the family and there are still a few tickets left for some of the drive-in movie showings during the rest of the week.”

Tickets costing £35 per car plus booking fee are on sale from www.lockdowndrivein.com.