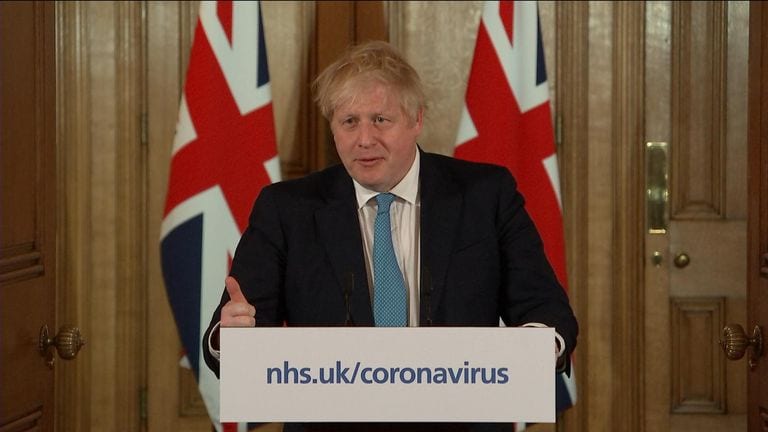 Lots of help with Wages and benefits please watch for full information.

Government to pay up to 80% of wages in coronavirus outbreak

Rishi Sunak announces scheme offering up to £2,500 a month to those not working

The chancellor, Rishi Sunak, has announced the government will pay the wages of British workers to keep them in jobs as the coronavirus outbreak escalates.

In an unprecedented step, Sunak said the state would pay grants covering up to 80% of the salary of workers kept on by companies, up to a total of £2,500 per month, just above the median income.

Coming just days after announcing a £350bn bailout package of loans and government grants to help businesses cope with the lockdown of large parts of the economy, the chancellor said his plan was one of the most comprehensive in the world and “unprecedented in British history”.

“We are starting a great national effort to protect jobs,” he said. “It’s on all of us.”

Sunak said there would be no limit on the funding available to pay people’s wages.

The government is also deferring the next quarter of VAT payments, which is the equivalent of injecting another £30bn into the economy and is designed to help companies stay afloat.

Sunak was speaking alongside Boris Johnson at the daily Downing Street press conference after schools shut to most children until further notice. The prime minister said the measures were intended to be temporary, as part of a “joint objective” between people and the government to beat the disease.

“We will do everything in our power to help. Supporting you directly in a way that government has never done before, in addition to the package we have already set out for business,” Johnson said.

The government has come under mounting pressure in recent days to do more to support ordinary people after taking unprecedented steps to help businesses through the worst of the outbreak. Growing numbers of UK firms are teetering on the brink of collapse amid the lockdown measures, threatening widespread job losses as demand for goods and services evaporates.

Pressure had been mounting on the chancellor to introduce a universal basic income – guaranteed regular payments from the state – to deal with the fallout from the coronavirus with 150 MPs demanding the step was taken to support people across the country. There had also been calls to emulate US plans to hand American citizens direct cash payments worth more than $1,000 (£852) as part of a stimulus package worth more than $1tn.

The government has been forced to revise its approach to tackling the Covid-19 outbreak on a daily basis as the increasing severity of the health pandemic and damage to the economy unfolds.

Economists at Deutsche Bank forecast the British economy could suffer the worst recession for a century – outstripping the 2008 financial crisis – with millions of workers losing their jobs and the unemployment rate doubling.

Sunak had initially earmarked £12bn in last week’s budget to soften the impact of the Covid-19 health pandemic, although the chancellor was rapidly forced to come back with fresh measures, while promising to do “whatever it takes” to see the UK through the crisis.

Advice for parents and carers
Scroll to top