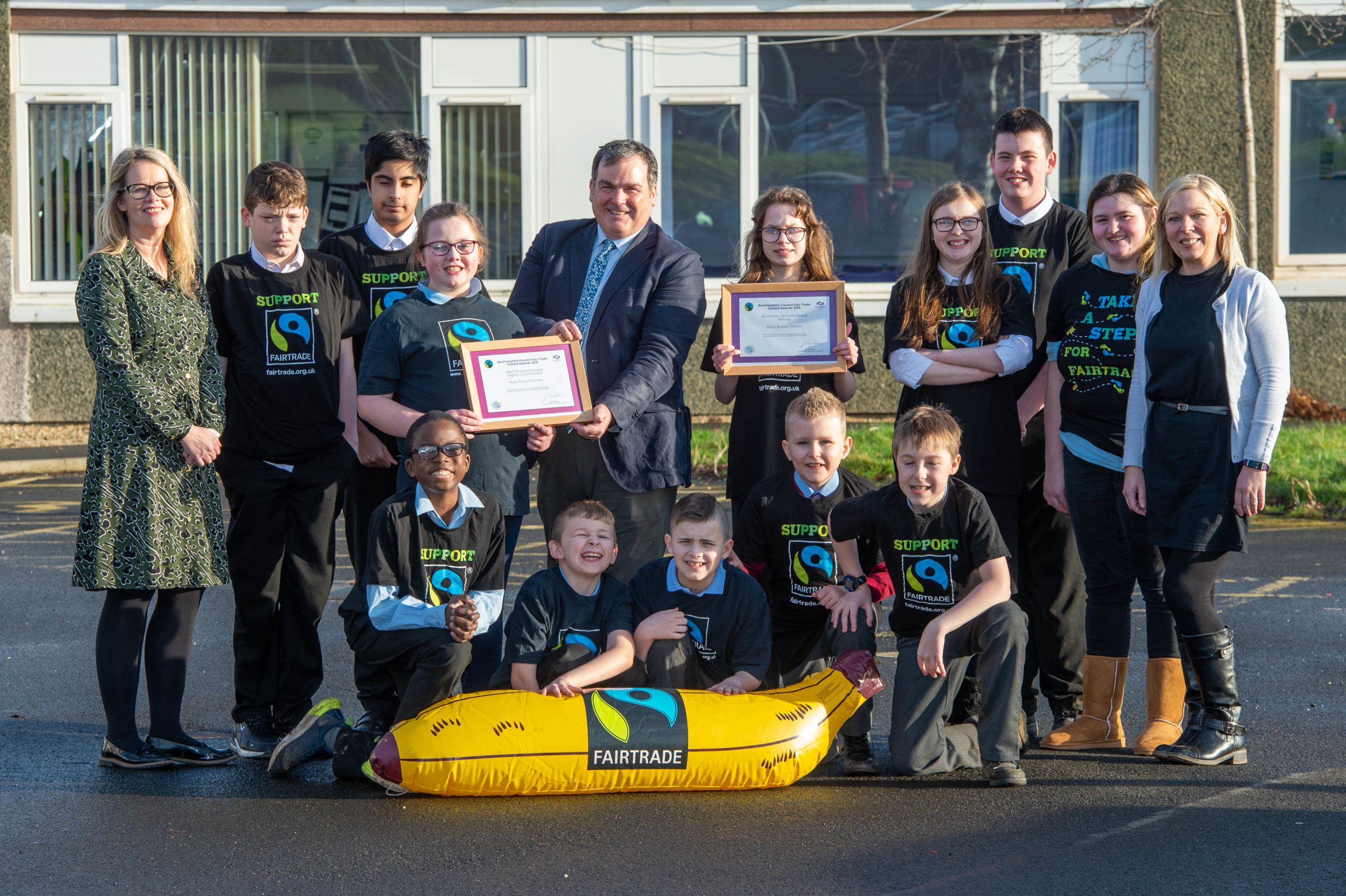 Renfrewshire’s top schools for the promotion of fair trade have been announced, with Mary Russell and Bargarran Primary taking home the glory for 2019.

The awards aim to recognise the outstanding work carried out by local schools to promote fair trade in Renfrewshire and ensure young people have the opportunity to learn about how they can make a difference to the world.

First-time winners of the John McDowell Award, which is named after the former Provost of Renfrewshire who established the campaign for fair trade in the area, are Bargarran Primary School.

They’ve established a Fair Trade Parliament consisting of 25 pupils from Primary 2-7, outlined their own fair trade policy for the school, run tuck shops and coffee mornings to promote the issue, and held whole school assemblies to talk about fair trade. 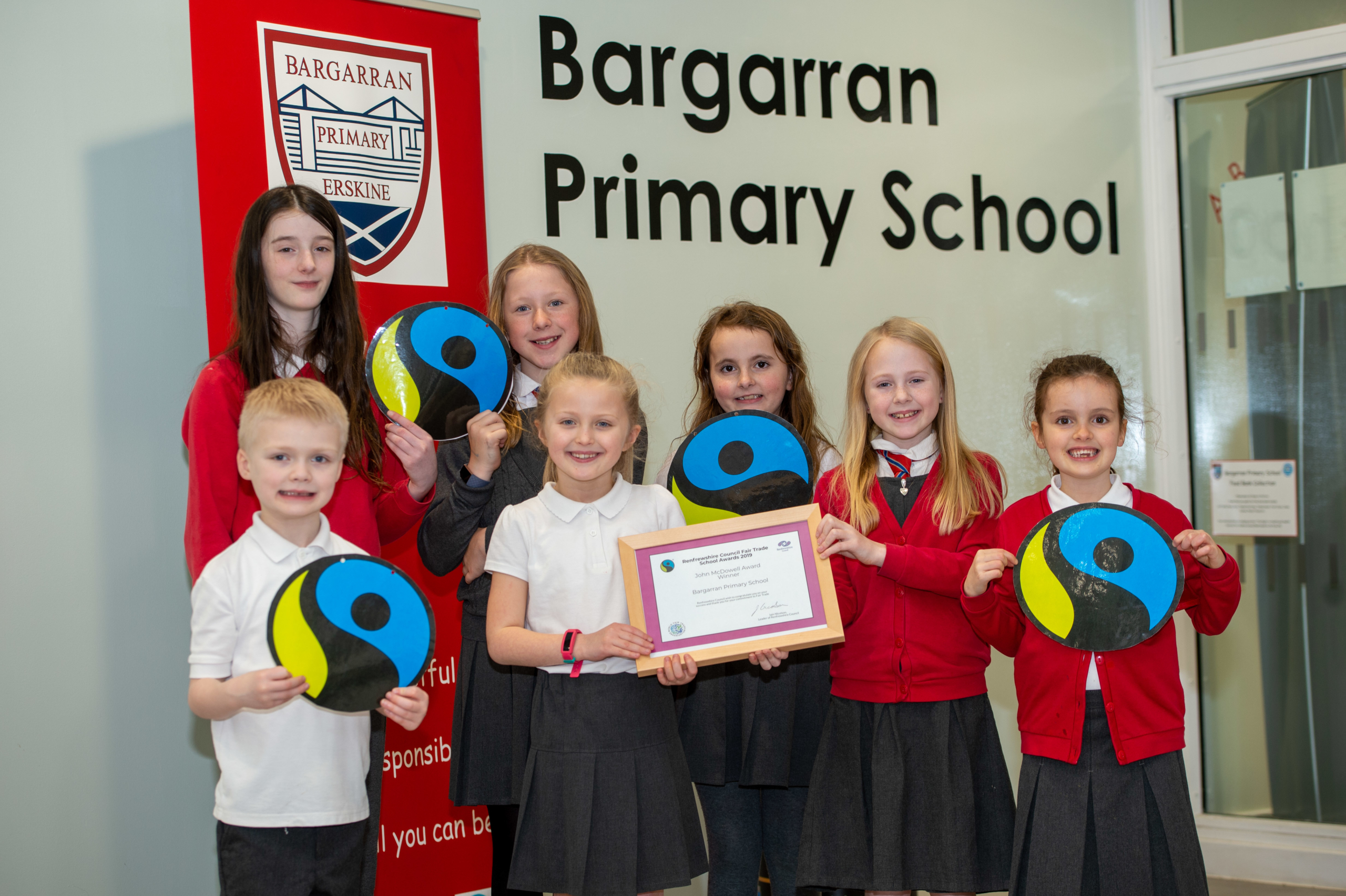 The school also renewed its FairAchiever status in 2019 with the Fairtrade Foundation – the highest award that a school can receive.

Liz Mackenzie, Depute Head Teacher at Bargarran Primary, said: “All our pupils are delighted to receive this year’s John McDowell Award for their commitment to Fair Trade.

“Having successfully renewed our FairAchiever Status in May 2019, the pupils from this year’s Fairtrade Parliament are continuing to promote Fairtrade by raising awareness within the school and local community.“

Mary Russell Primary were highly commended for their commitment to the campaign. 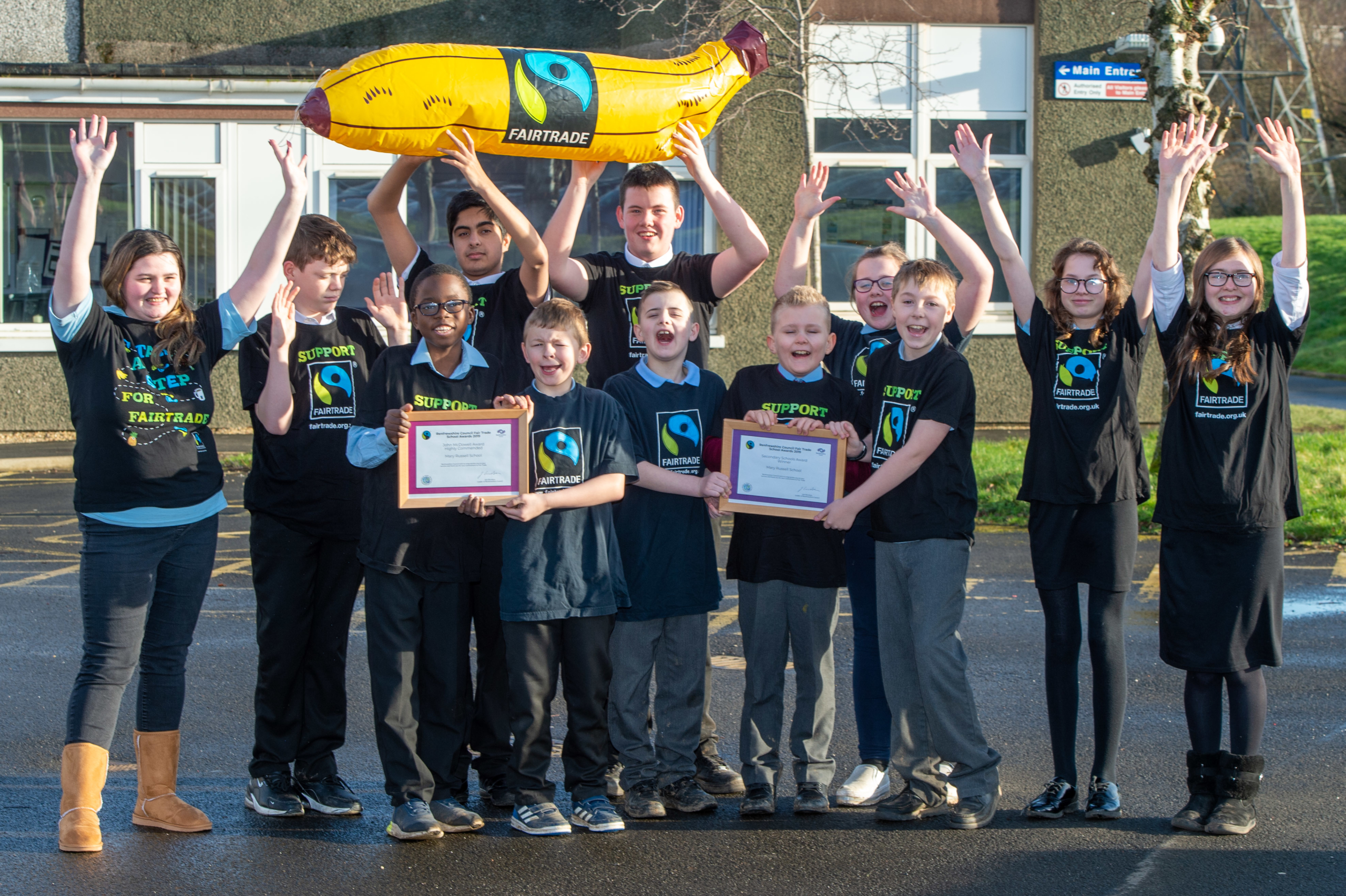 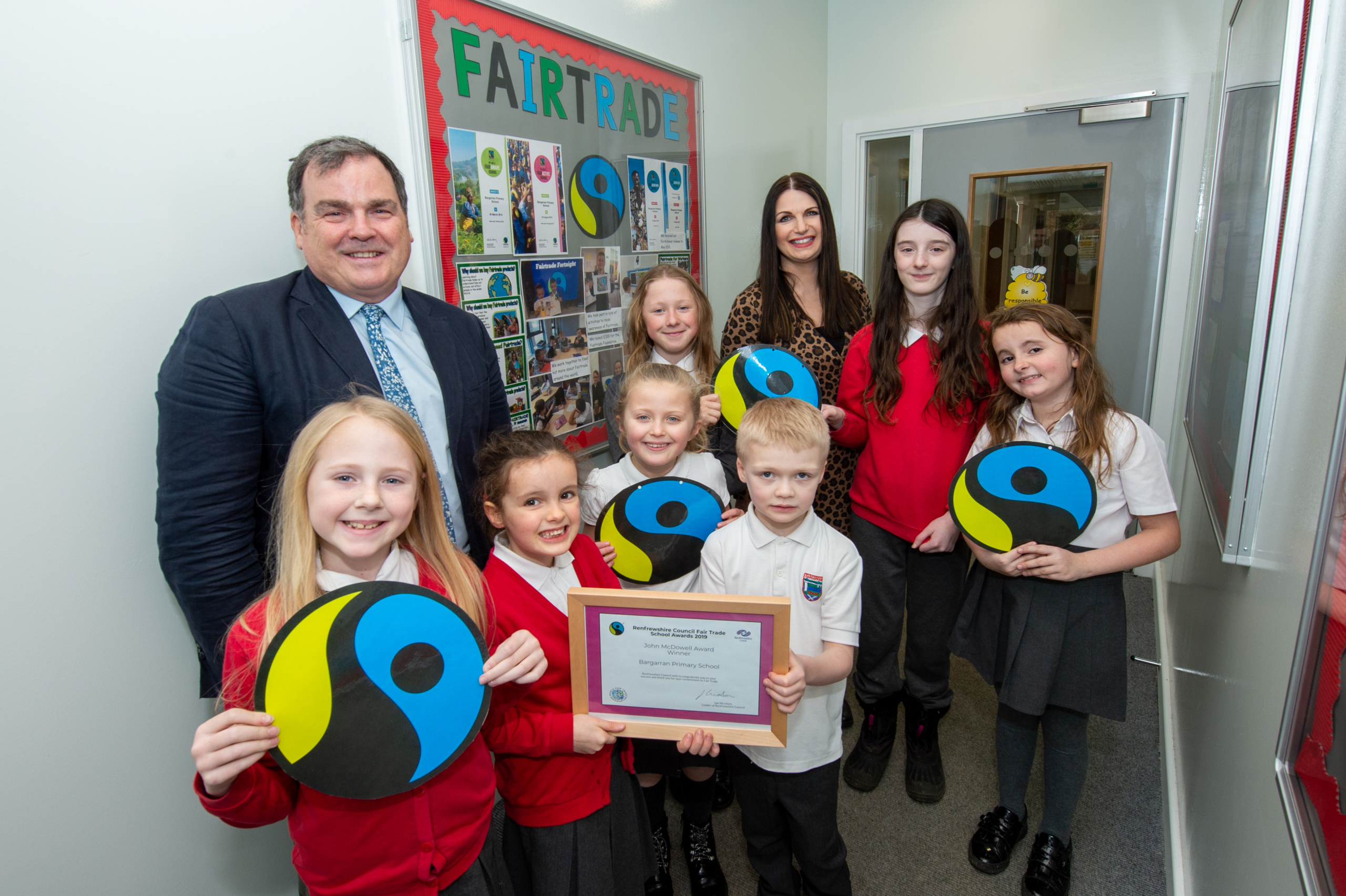 Their peers in Mary Russell Secondary though have taken home the Renfrewshire Secondary Schools award for the first time after their committed group achieved FairAchiever status from the Fairtrade Foundation.

Their monthly group hosted regular coffee mornings and events, including the visit of a Rwandan coffee producer, worked with fair trade organisations including the Scottish Fair Trade Forum and Rainbow Turtle, have embedded the issue into the school curriculum with all pupils having the chance to learn about fair trade in class and at school assemblies.

Julie McCallum, Mary Russell Head Teacher, said: “Our school is firmly committed to promoting the fair trade and sustainability agenda and we are delighted that this year the work we have been undertaking in Mary Russell has been recognised.

“Our Fairtrade committee led by our principal teacher Susan Hamill have worked hard to ensure that we continue to raise the profile of Fairtrade across our school and within our partnerships.”

Renfrewshire Council Leader Iain Nicolson presented the awards to both schools and praised their commitment to the cause.

Councillor Nicolson said: “It’s fantastic to see our young pupils learning about the importance of fair trade and both schools have done so much throughout the year to deserve their awards.

“Their work within their school is ensuring that our younger generation recognise the difference that can be made by supporting fair trade and they’ve raised awareness in the local community too by hosting regular events.

“As a council, we are committed to promoting fair trade having become the first in Scotland to sign up to the International Fair Trade Charter in May last year and we will continue to support it wherever possible as we move forward.”

The Renfrewshire Fair Trade Steering Group meets regularly to discuss the issue of fair trade and outline how it can be supported within the council and more widely in Renfrewshire, and new members are always welcome.