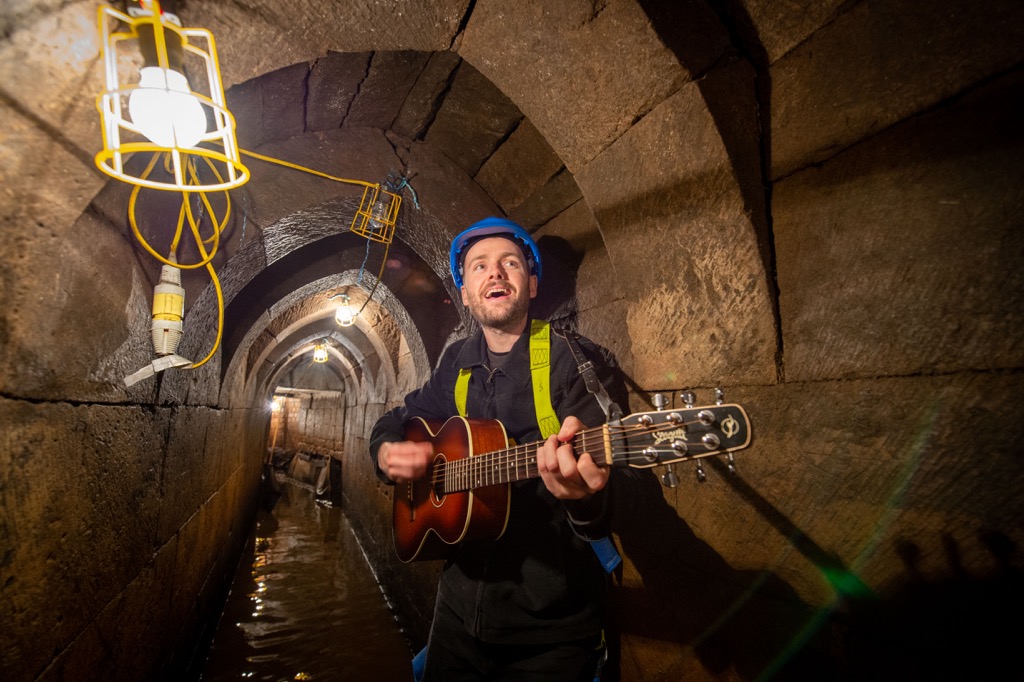 A Paisley singer songwriter who is inspired by Renfrewshire’s music and culture travelled underground to play in a unique venue.

Michael Cassidy has become the first person to ever perform a gig in Paisley’s historic Abbey Drain.

The medieval drain was reopened for tours as part of Doors Open Days (7 and 8 September).

As a prelude to the expeditions, Michael performed a new song, Colour the Darkness, inspired by one of the treasures discovered in the drain – a stone carving of one of the first pieces of polyphonic music.

He said: “I’m so proud to have had the opportunity to perform in such an unusual venue. The Abbey Drain is an iconic part of Paisley and to be able to perform there was just brilliant.

“Kenneth Elliott at the University of Glasgow transcribed the music found on the carving into modern notation and made it possible for me to find the notes that I could use as a stimulus for a new song.

“The lyrics of Colour the Darkness talk about how the drain remained unnoticed for years in the darkness, and that finding out more about what’s underground has added colour to our knowledge of Paisley.

“Paisley has an incredible history of songwriting and it’s easy to be inspired by all the fantastic poets, rockers and artists that Renfrewshire has produced over the years.

“It was a great experience and one that I will never forget.”

Paisley performed two further songs as part of the gig.

The eight-week Abbey Drain Big Dig – co-ordinated by Renfrewshire Council and led by Guard Archaeology Ltd, with support from the National Lottery Heritage Fund, Historic Environment Scotland and Renfrewshire Local History Forum – uncovered a 14th century stone archway marking the exact point the drain and its contents once flowed into the River Cart.

Renfrewshire Council leader Cllr Iain Nicolson said: “The Abbey Drain is now a big part of Paisley’s history and heritage, and it’s fantastic that we were able to use it as a music venue before Doors Open Days.

“The Big Dig was a great community project and it captured the attention of people all over Scotland.

“We would like to thank Michael for his involvement and for celebrating our history and heritage in this way.”

Michael has been hosting a programme of songwriting and music workshops with adults and young people, and will also be appearing at Paisley in Song at Paisley Arts Centre on 17 October as part of The Spree. 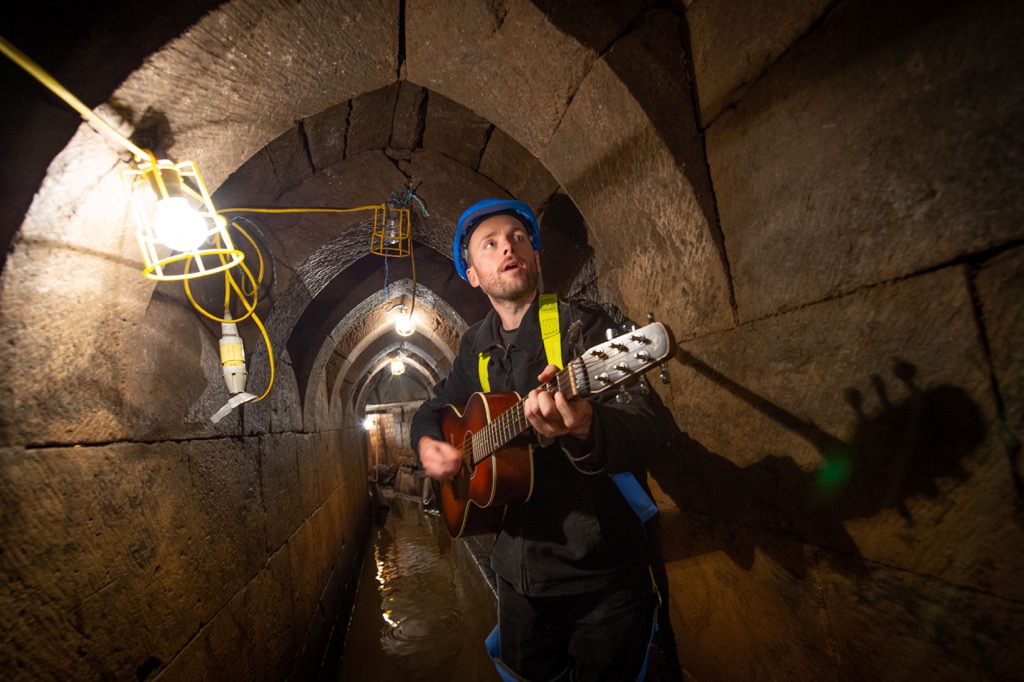 The songwriting programme is funded by the Paisley TH.CARS2 initiative, and The Spree event will be presented in collaboration with Renfrewshire Council, Renfrewshire Leisure and Create Paisley.

For tickets and to find out more, visit https://www.thespree.co.uk/event/paisley-in-song/

Glasgow News? Daily Updates part of our network
How to make the most of your ‘Disney On Ice’ experience

The truth about hydraulic pump Testing
Scroll to top