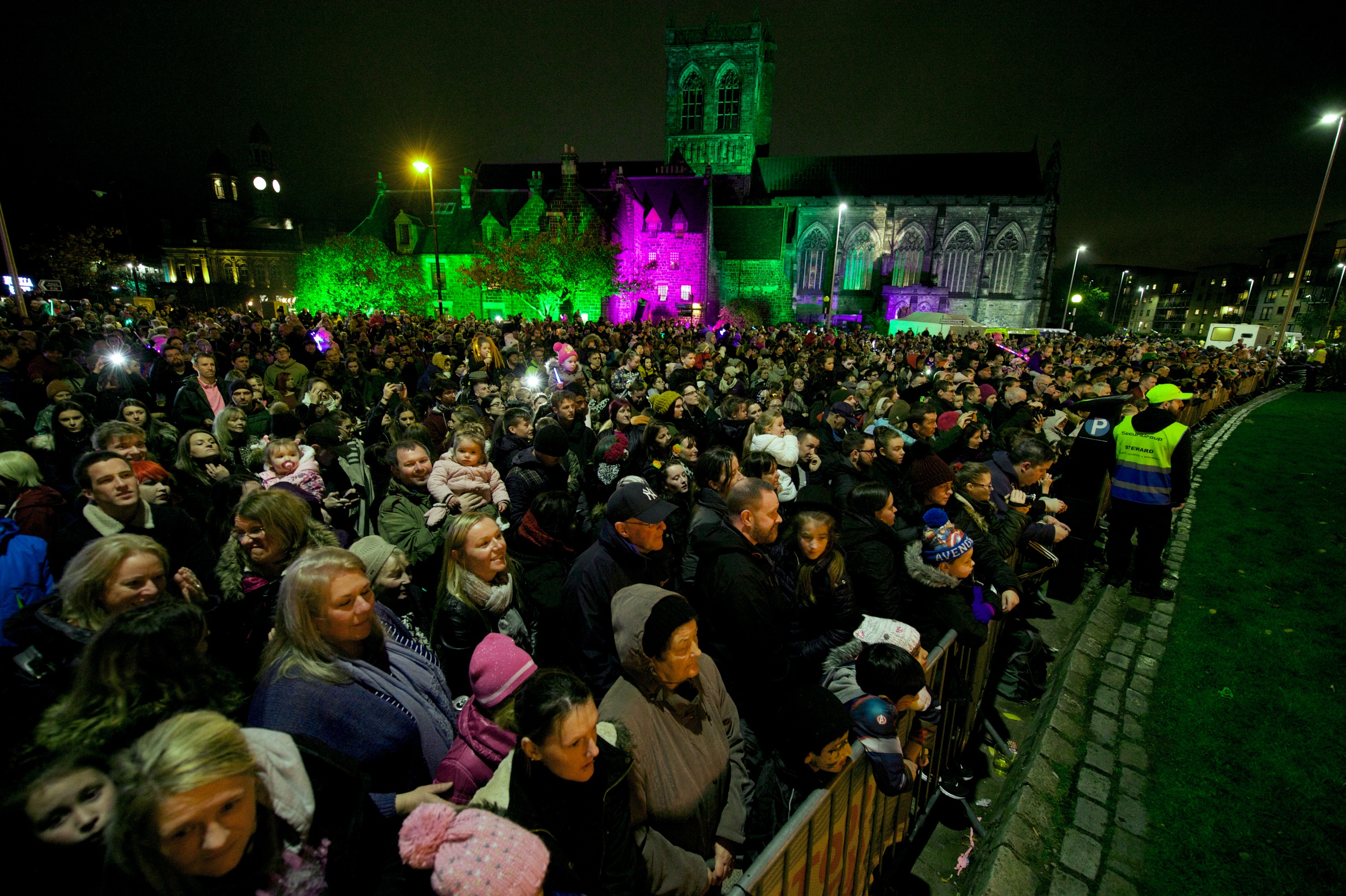 Community groups throughout Renfrewshire are set to benefit from a new pot of funding and expert advice to help them stage their own events.

Renfrewshire Council is making a festive events fund of £20,000 available to help local groups stage events in towns and villages across the area.

There will also be an events toolkit offering detailed advice on how to plan, organise and promote their own – as well as a series of public surgeries run by the council events team

Paisley’s festive events programme is being boosted with a series of special events to commemorate the 90th anniversary of the Glen Cinema disaster, including a torchlight procession featuring local schoolchildren and community groups.

Plus some of Paisley’s upcoming festive events are being reprogrammed to spread the benefits to different parts of the town – Sma’ Shot Day will take place in a new location around New St/Shuttle St next month, and the event sites for Halloween and Christmas lights will include the area at top of the High St. 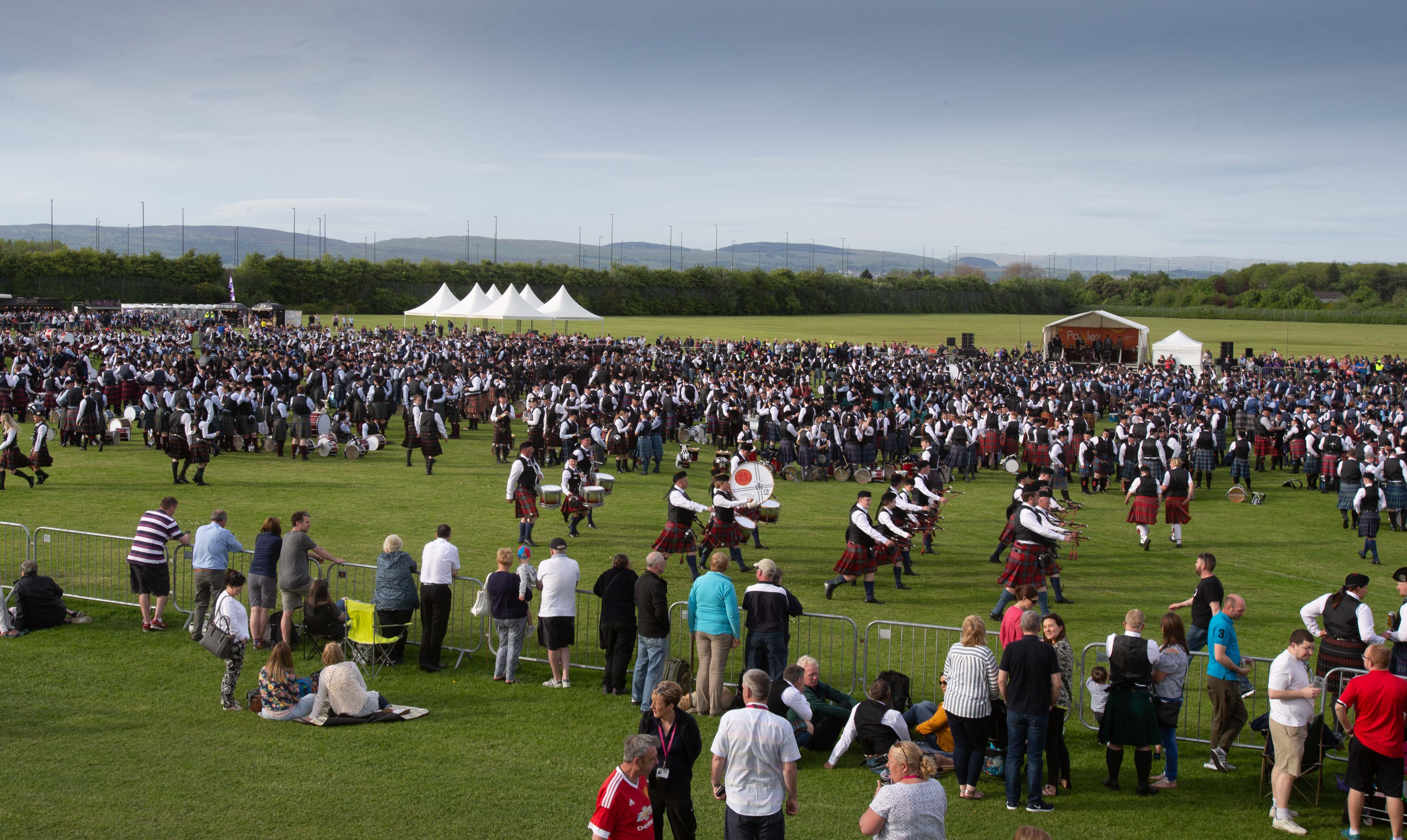 The events toolkit has been produced by the council’s events and marketing team and contains their expert advice on everything from applying for licenses and public safety to generating media and online profile.

Public surgeries to help local groups will take place in Paisley, Renfrew, Linwood and Bridge of Weir during July and August and are open for booking now – along with details of how to apply for the new fund – via www.renfrewshire.gov.uk/event-checklist

Renfrewshire Council leader Iain Nicolson said: “Renfrewshire’s major events programme is a massive success story – it has put the area firmly on the map as one of Scotland’s key destinations for great days out, and brings huge numbers of people into our town centres. 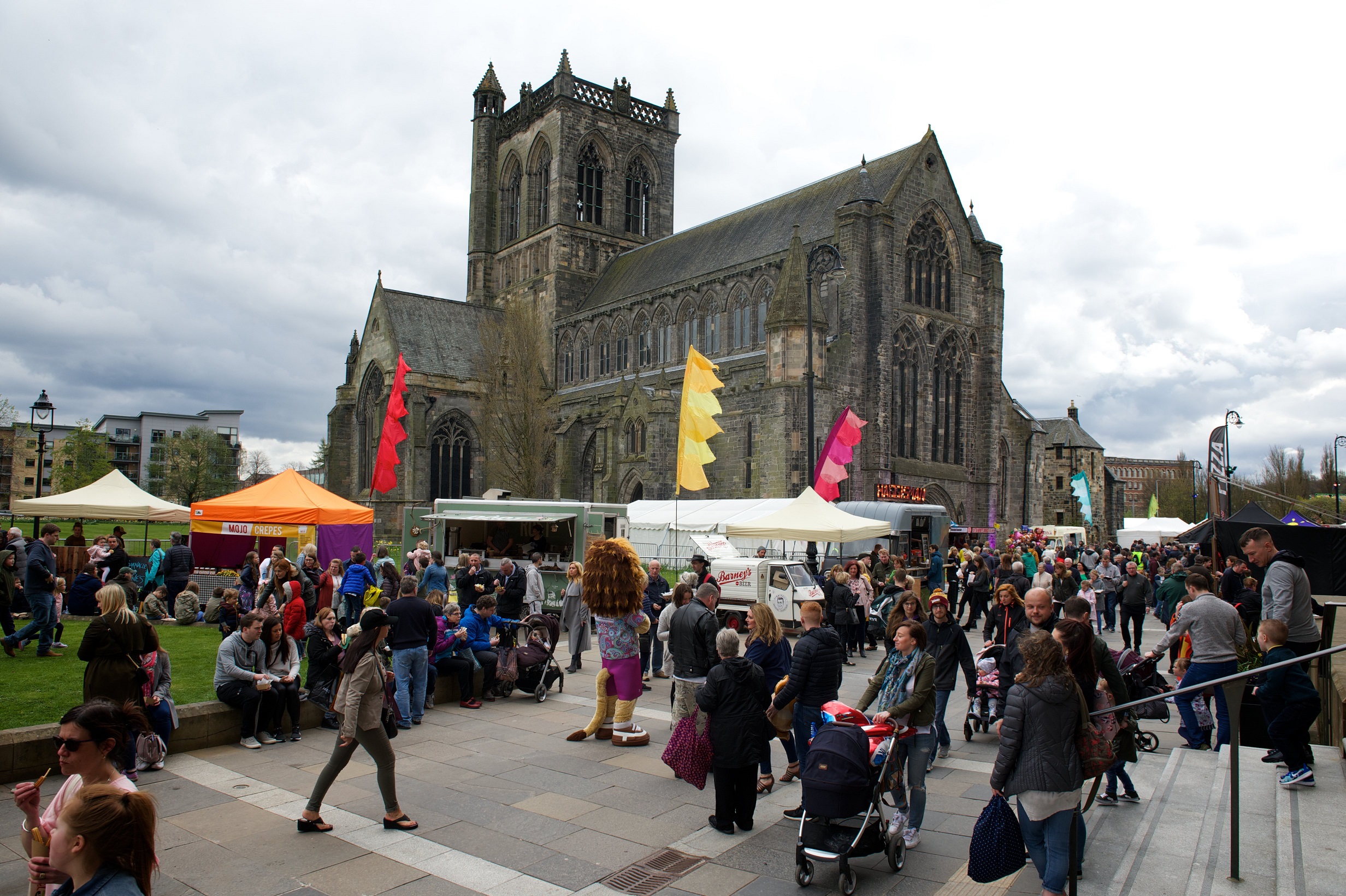 “We want to build on that success and evolve the programme further – and the ongoing work in and around Paisley Town Hall gives us the chance to spread the benefits of some of the major events around other areas of Paisley town centre.

“The new community events fund and toolkit will also help those benefits reach the rest of Renfrewshire by equipping community groups across the area to stage their own – by offering a mixture of funding and expert advice.”

The developments are included as part of a report to the council’s Leadership Board yesterday which covered a number of highlights around the area’s growing events and visitor profile, including:

– this year’s Paisley Food and Drink Festival saw attendees rise 32% to almost 20,000, with an economic impact of 1.1m – and was listed as one of the best food festivals in the UK

– the paisley.is website to promote the area as a place to live, visit and invest saw nearly 250,000 page views in its first year, while its social media content had a reach of 3.5m

The next events in the council’s programme are Sma’ Shot Day in Paisley on Saturday 6 July, and the Johnstone Fire Engine Rally on Saturday 10 August.