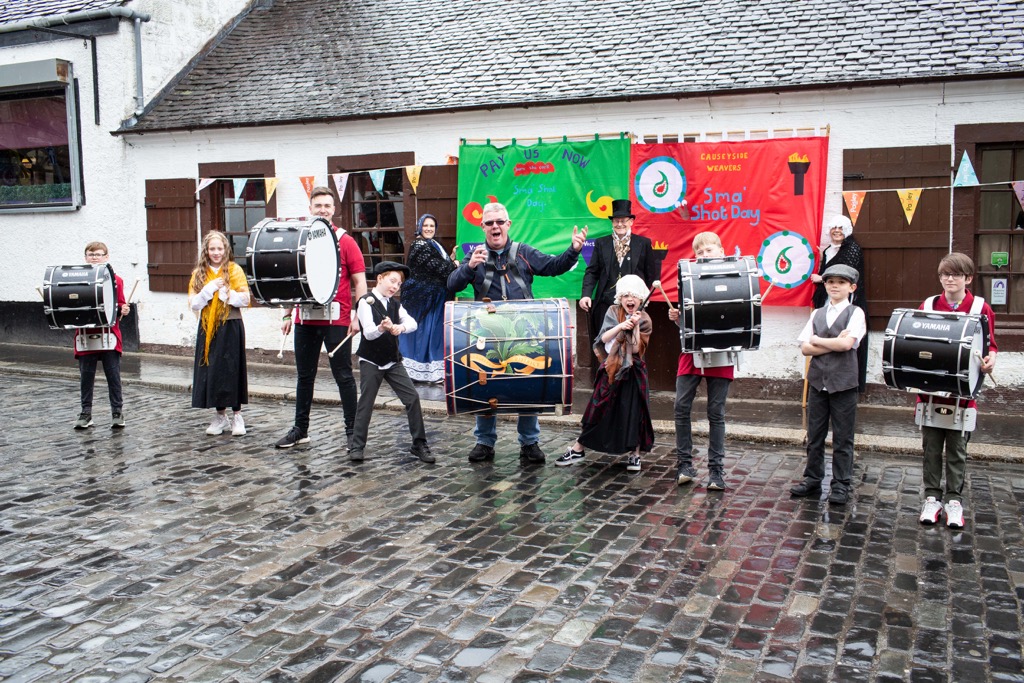 This year’s Sma’ Shot Day celebration will see day-long spectacular of parades and partying in Paisley town centre – as the event returns to its roots in a new location.

The programme has been confirmed for this year’s event on Saturday 6 July –  with almost 50 events taking place across more 20 venues in a town-wide celebration for one of the world’s oldest worker’s festivals.

This year’s main events will move to the streets around the historic Sma’ Shot Cottage – meaning Shuttle Street, New Street, Witherspoon Street and Brown’s Lane will come alive with activity.

Sma’ Shot Day celebrates a 19th-century victory by the town’s weavers over their bosses in an industrial dispute – and this year’s event will have the theme of ‘Let’s party like its 1856’, bringing to life the traditional weavers’ celebration. 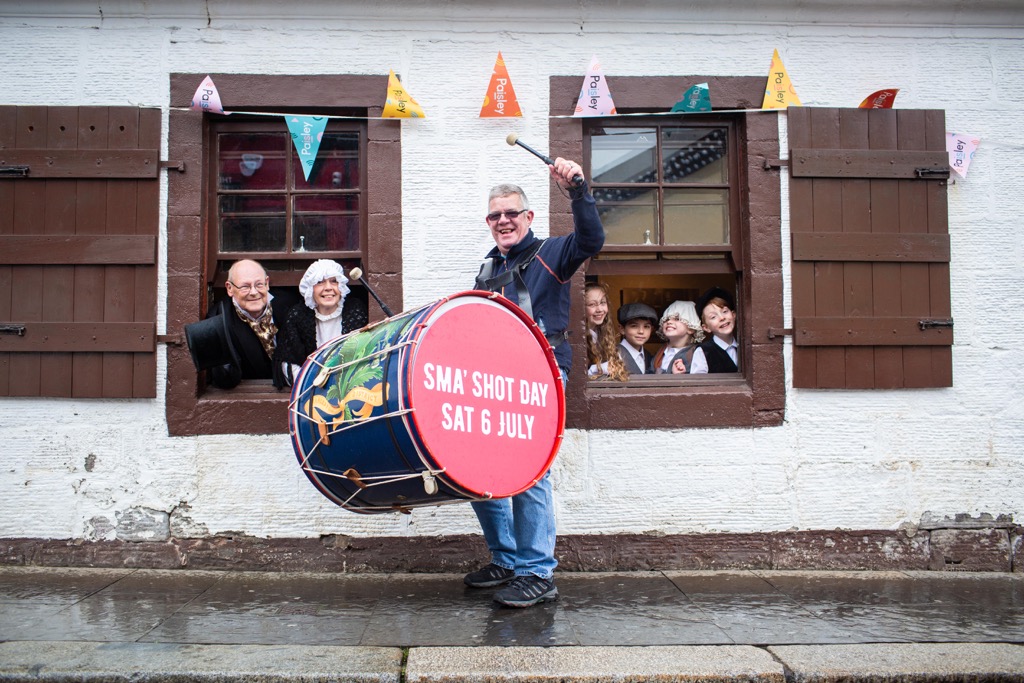 Members of local groups PACE Youth Theatre, Loud n Proud school of rock and the Old Paisley Society helped launch the programme for the 2019 event – which can be seen now at www.paisley.is

The day’s activity starts with a colourful parade – this year co-ordinated by parade specialists Bridgeman Arts in collaboration with local groups and performers – featuring spectacular floats and giant puppets. The parade leaves Brodie Park at noon, led by sound of the Charleston Drum.

Once it arrives in the main event site in and around Paisley Arts Centre the party will get under way – with traditional event favourites including the Burning of the Cork, the re-enactment of the Sma’ Shot story by PACE Youth Theatre, and speeches by trade unions. 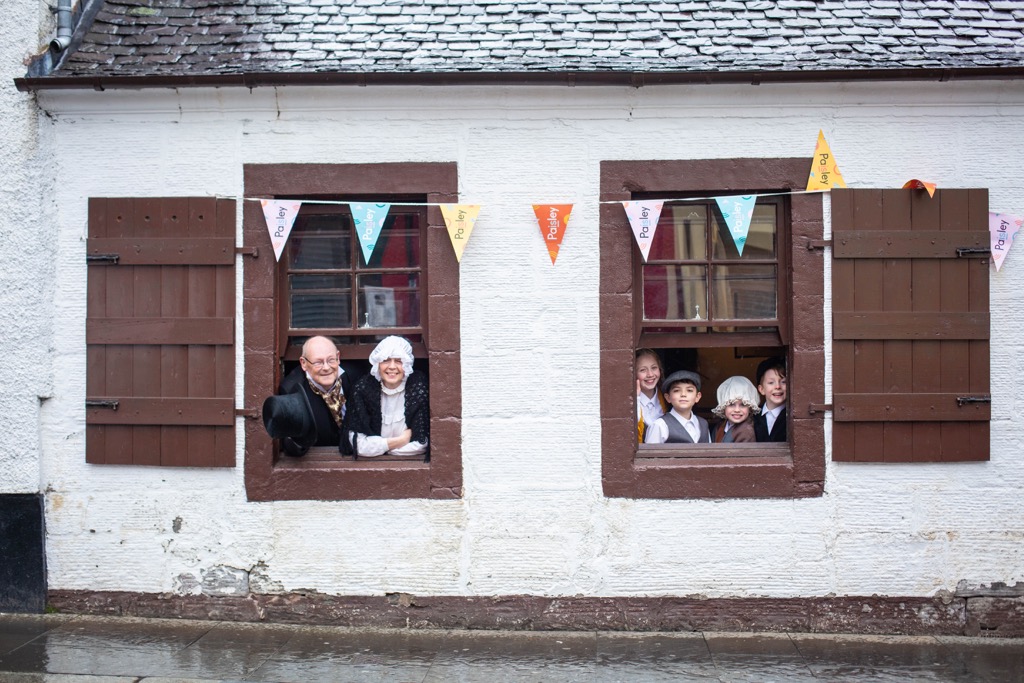 – The InCube creative craft trail with some of the area’s best designers showing off their skills with family-friendly workshops in local cafes and venues, plus a makers’ markets and kids’ art workshops; 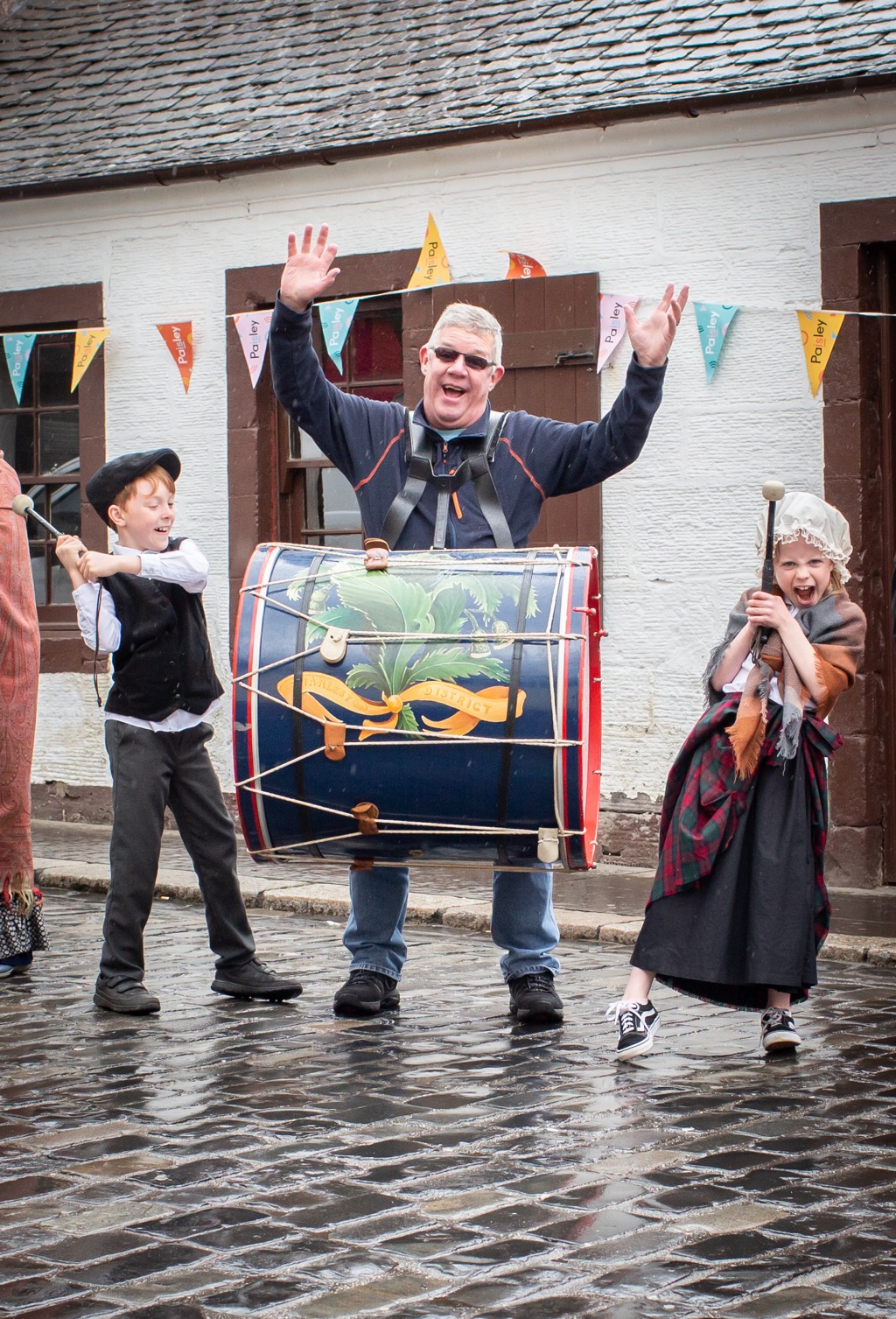 – a chance to see how a 19th-century weaver lived with tours of the Sma’ Shot Cottages and traditional weaving demonstrations by Paisley Museum’s Dr Dan Coughlan;

– a series of events celebrating Paisley’s heritage run by the TH2/CARS programme to restore historic buildings in the town centre – including textile exhibitions, film screenings and street theatre performances.

Local businesses will be involved – with The Bungalow, The Lane and Factionvenues in Shuttle Street, local cafes Bianco e Nero, Blend, Brew and Fairfull Collection, and Helen’s Haberdashery on the High St and The Workshop in the Old Fire Station among those hosting activity. 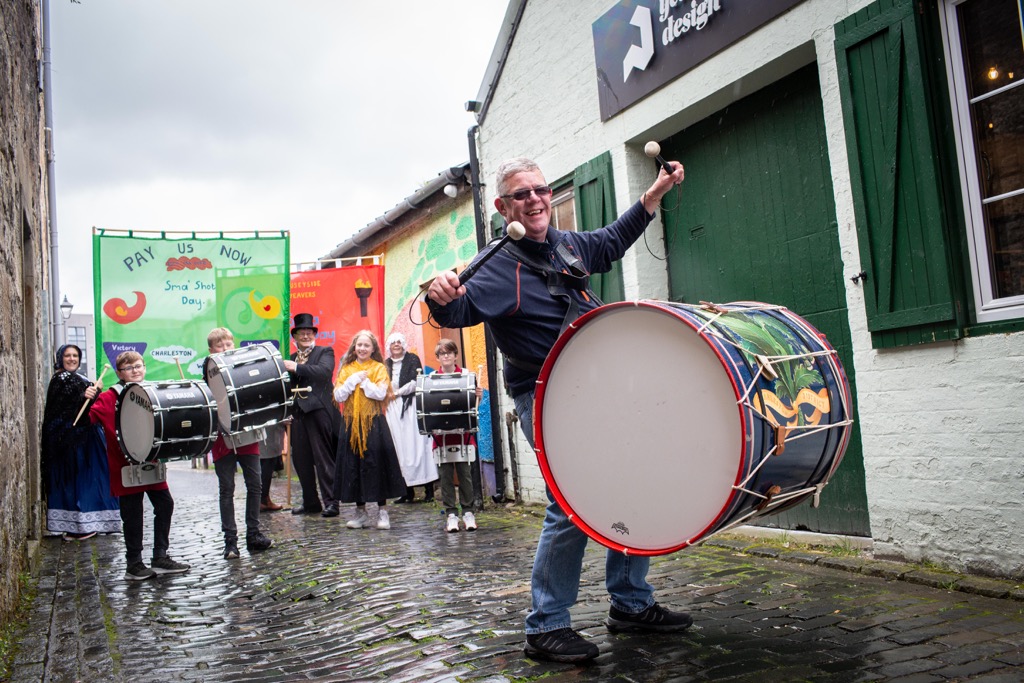 Other venues include a sensory safe space in the Russell Institute, and tours of the Paisley Thread Mill Museum, as well as Paisley Abbey and the InCube business incubator.

In recent years Sma’ Shot Day has taken place in Abbey Close but as initial construction work to transform Paisley Town Hall into a landmark performance venue and preserve its place at the heart of life in the town will be under way by the summer, organisers opted to move this year’s event.

Renfrewshire Council Leader Iain Nicolson said: “Sma’ Shot Day is always one of the highlights of the annual events calendar – and this year sees an exciting development as it moves to a new location.

“The Sma’ Shot Cottages is one of Paisley’s hidden treasures – so it is fitting the event is going back to its roots and taking place in the streets surrounding the unique attraction it shares a name with.

“The programme has something for everyone and combines all the traditional elements people know and love with a full day of contemporary events showing off Paisley’s creativity and history.

“One of the main aims of the events programme is to bring footfall to town centre traders so we are delighted so many of them have agreed to host parts of the event and give it a real town-wide feel.”

The next major event in Paisley is the British Pipe Band Championships, at St James Playing Fields on Saturday 18 May, which sees thousands of the world’s top pipers and drummers descend on the town for a full day of free entertainment with free transport from the town centre.

For more info on all local events visit www.paisley.is.

Glasgow News? Daily Updates part of our network
5 Ways to Save Money When Buying a House