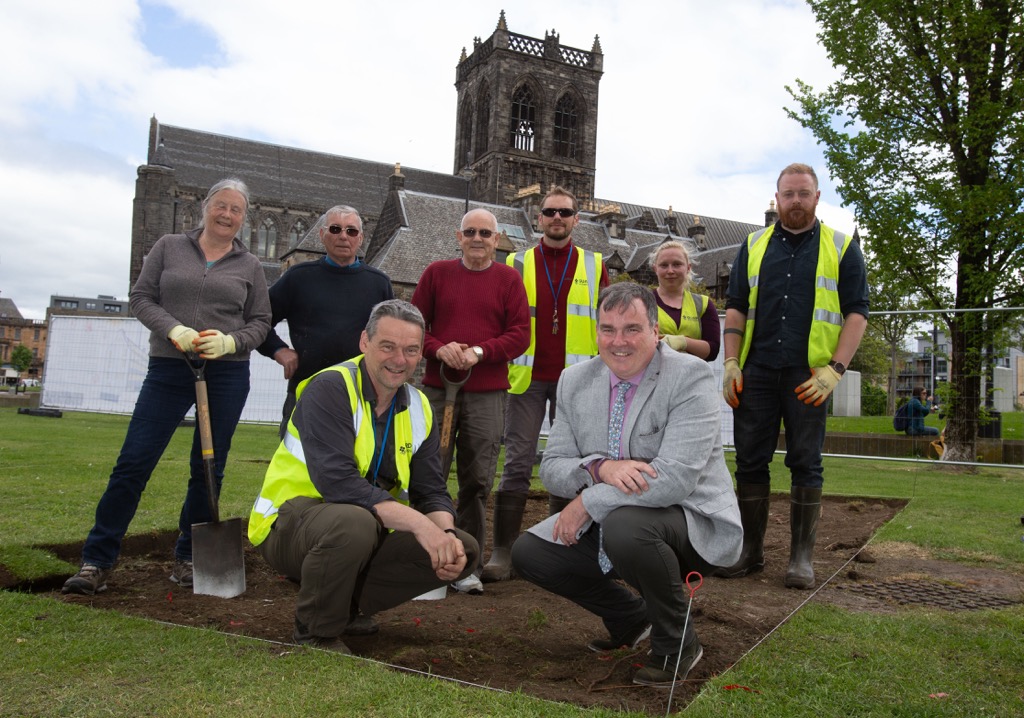 The biggest-ever exploration of one of Renfrewshire’s most mysterious historical features is now underway – and hopes to unveil some centuries-old secrets.

An archaeological dig has started at Paisley’s Abbey Drain – a complex underground structure which links the town’s 850-year-old Abbey to the River Cart.

The 100m long underground passageway, thought to be more than 700 years old, was unearthed in the 19th century and rediscovered in the 1990s.

The Big Dig hopes to uncover more about the passageway and to reveal more about life in Paisley hundreds of years ago.

Initial excavations of the site unearthed the earliest polyphonic musical notation and the largest collection of medieval pottery ever found in the west of Scotland – and it is hoped that this two-month long project will uncover many more secrets.

The dig is managed by Renfrewshire Council, run by Guard Archaeology with help from Renfrewshire Local History Forum volunteers, and supported by funding from the National Lottery Heritage Fund and Historic Environment Scotland. 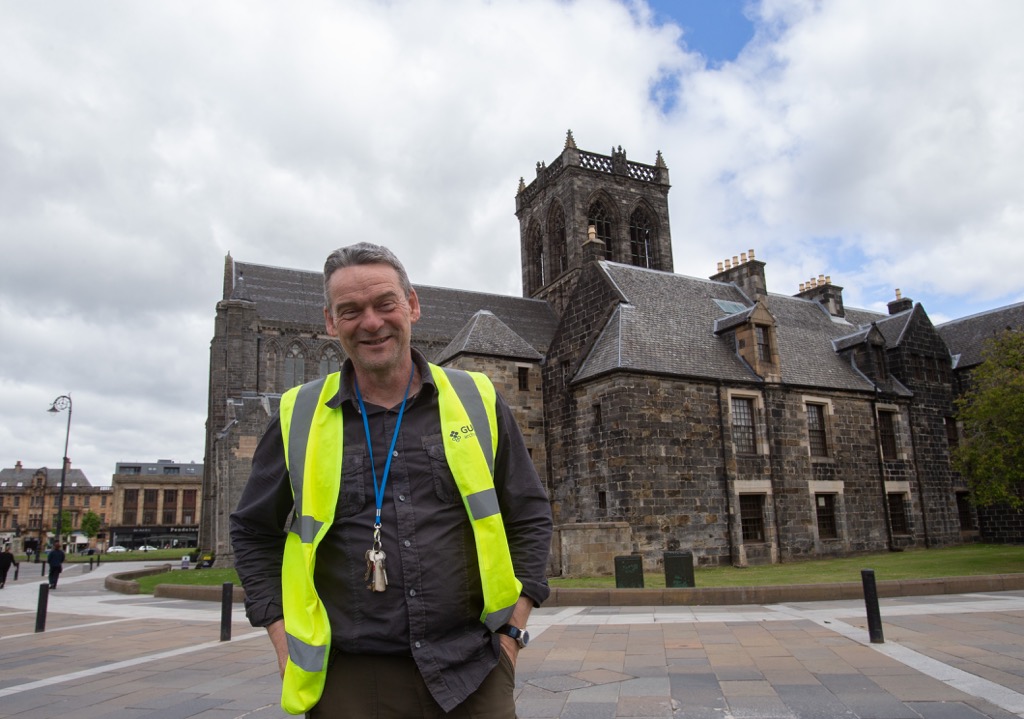 Council leader Iain Nicolson joined the team at the start of the dig.  Cllr Nicolson said: “Paisley has such a rich history and heritage, full of stories and mysteries, and the tale of the Abbey Drain has really captured the attention of the public.

“This is a project that’s of both local and national significance. It has really struck a chord with people who live here who have a genuine interest in Renfrewshire’s social and economic history and will provide us with information on a complex underground system which was operating hundreds of years ago.

“This could be the first step towards opening up the Drain as a permanent visitor attraction in the future – which would fit perfectly with the ongoing work to use Paisley’s unique heritage to make it one of Scotland’s key destinations for visitors and events.” 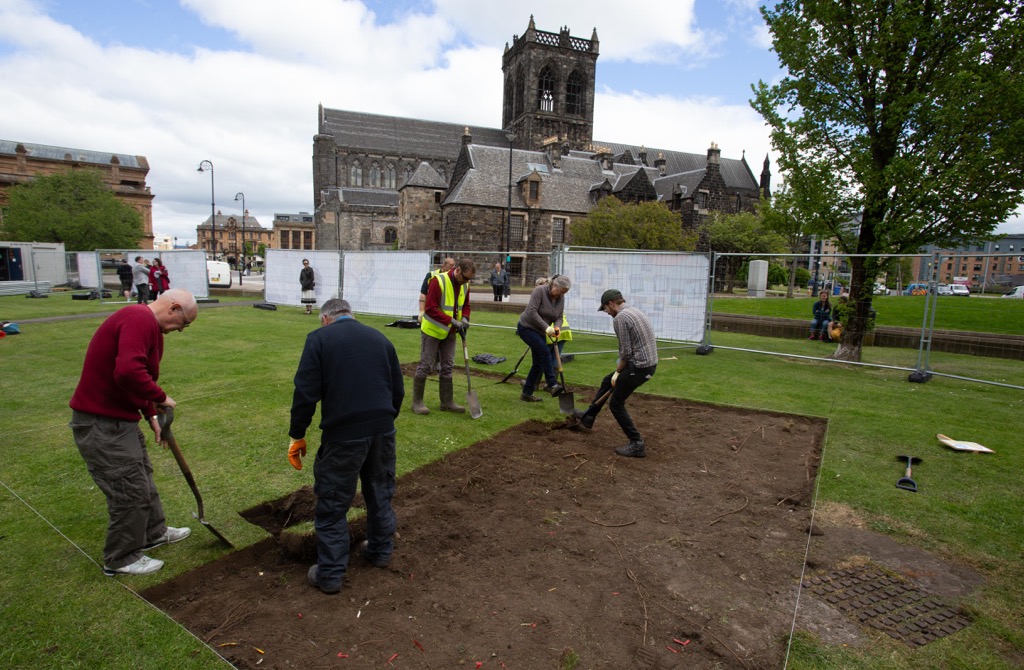 Bob Will, compliance manager at Guard Archaeology, said: “This is such an exciting project for us and for the community, and we’re pleased to be progressing with the next stage.

“Most of the work on the drain so far has been carried out from the inside and has told us a lot about the drain itself. 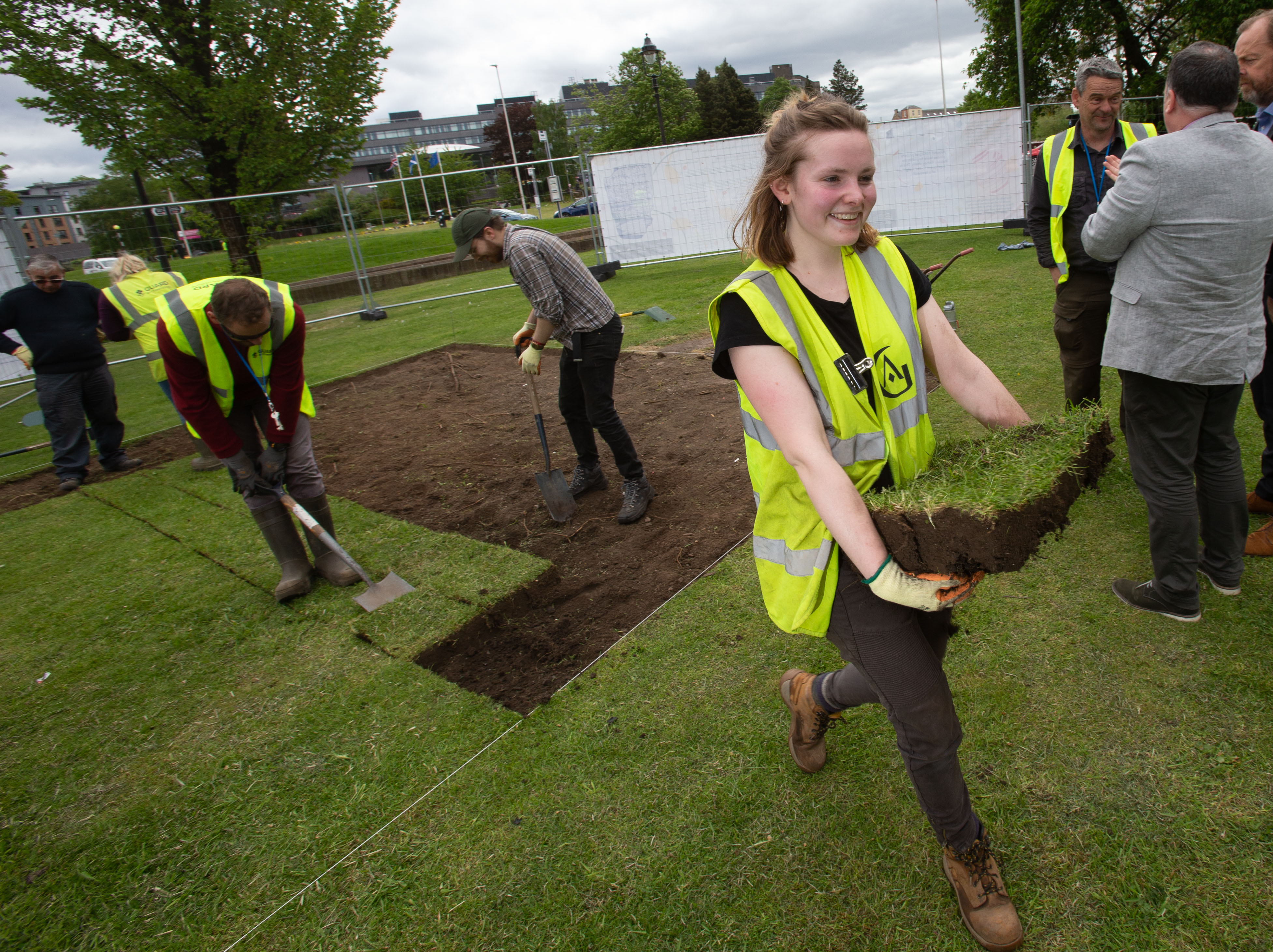 “What’s going on underneath the surface can also tell us about what once stood on the site, so by excavating the drain, we can find out about the drainage system which served what would have once been a bustling community.

“We’re looking forward to continuing the excavations and to finding out what else the Abbey Drain can tell us about life in Paisley hundreds of years ago.”

The Big Dig also includes an extensive programme of activity to involve the local community.

Students at the University of the West of Scotland will create a series of short films and a documentary on the drain, and there will also be school visits, volunteering opportunities, and free talks and workshops for the public.

Members of the public will not have access to the drain during the Big Dig – but there will be a chance for residents and visitors to go inside it, as in previous years, during the Doors Open Days weekend on 7 and 8 September.

To keep an eye on Big Dig progress, visit www.paisley.is