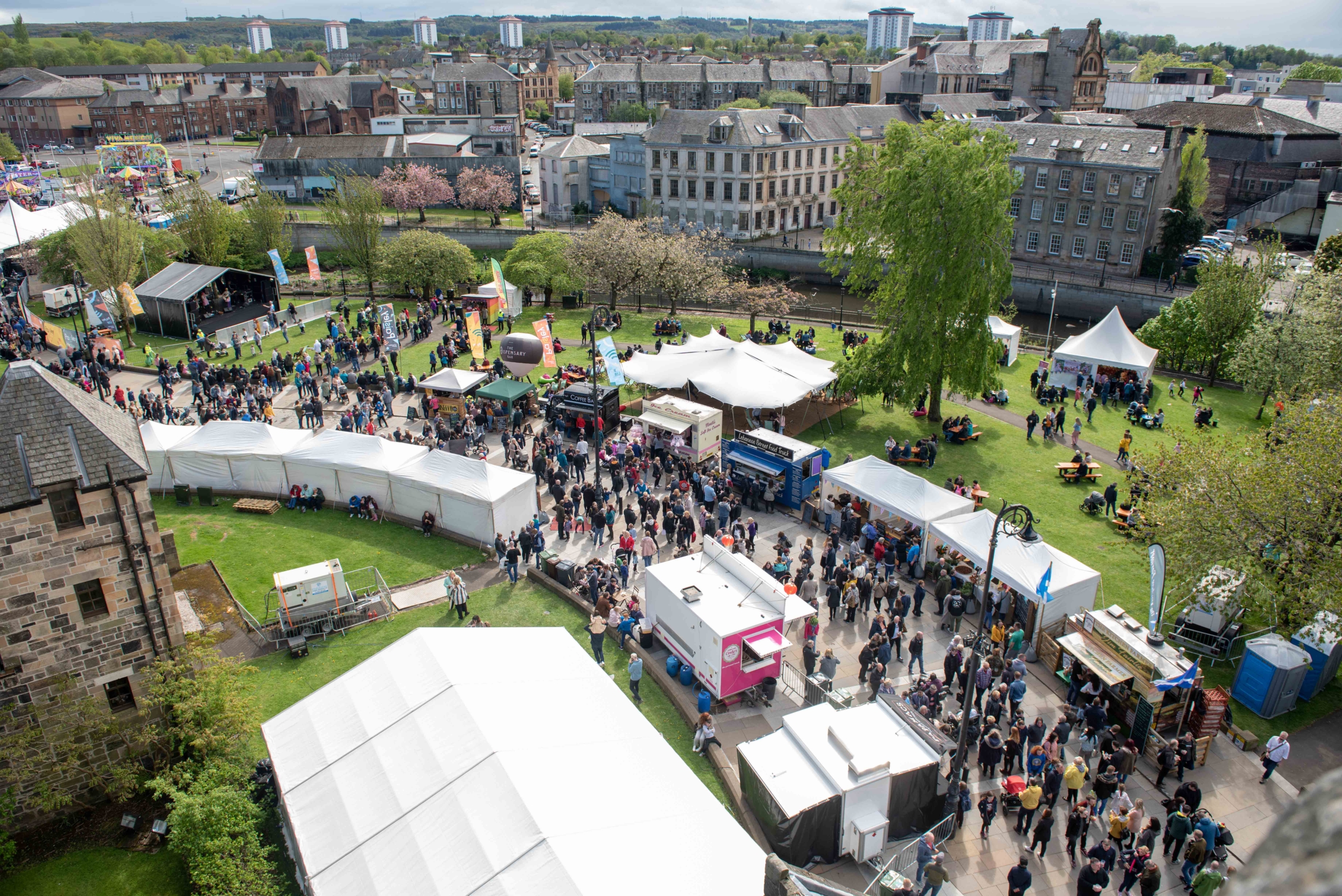 More than 16,000 people turned out to enjoy a two-day feast of delicious street food and live entertainment at this year’s Paisley Food and Drink Festival. 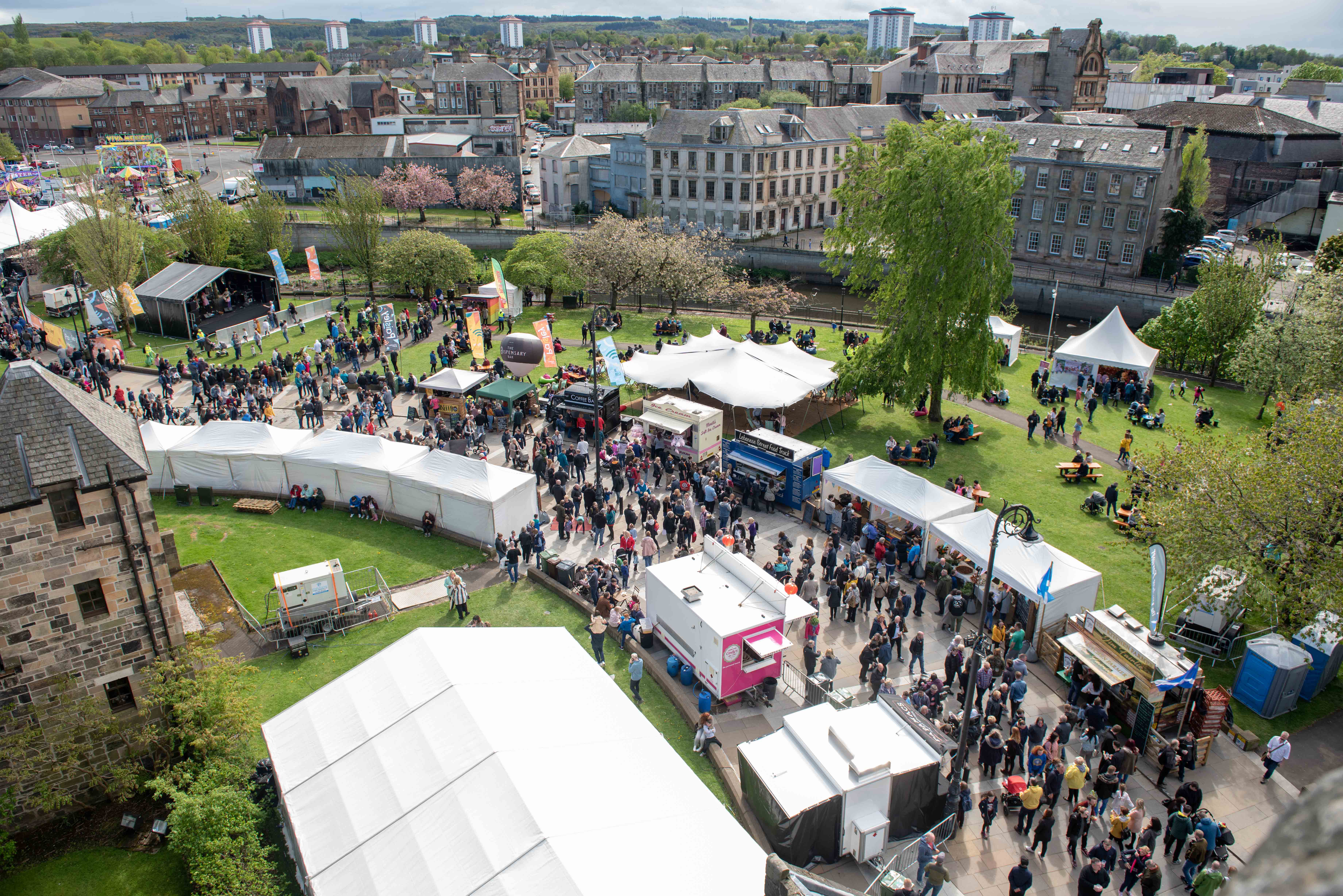 The fifth annual event, which took place on Friday 26 and Saturday 27 April, attracted crowds from Renfrewshire and beyond to the town’s Abbey Close for one of Scotland’s largest outdoor food and drink festivals.

Visitors were able to tempt their taste buds as more than 40 traders and vendors served the finest street food and drink, alongside fascinating cooking demonstrations from celebrity chefs, children’s workshops and more. 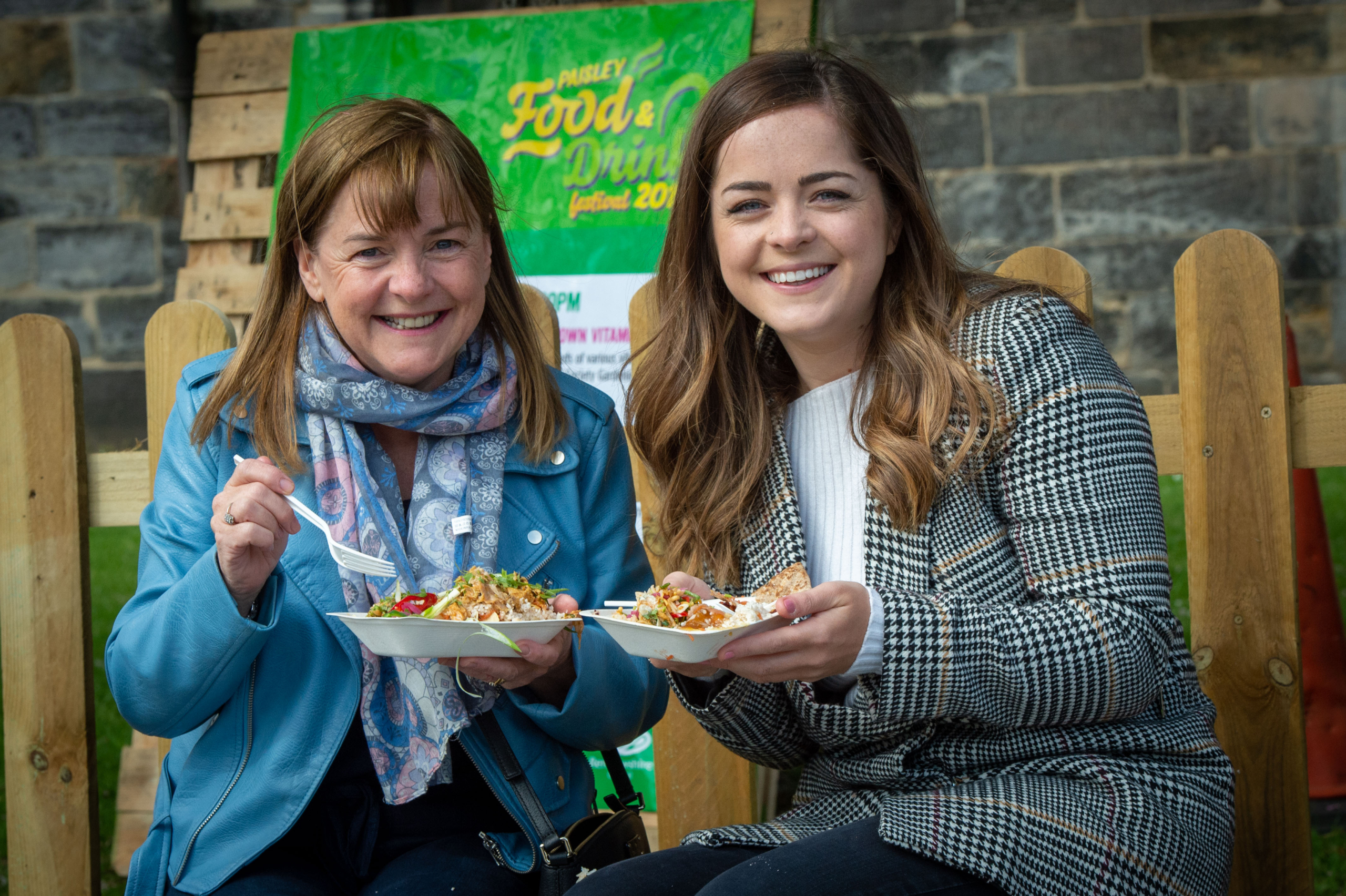 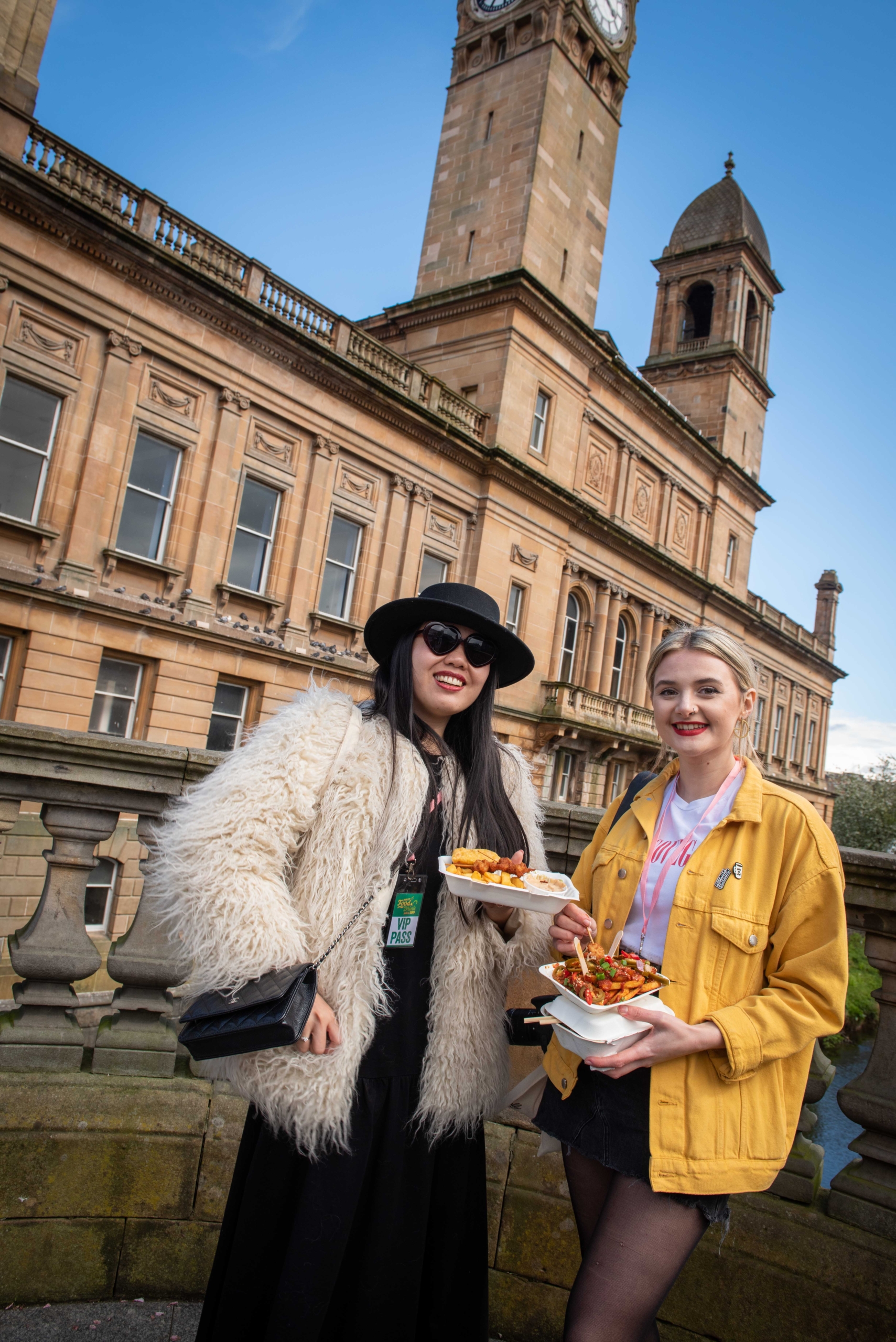 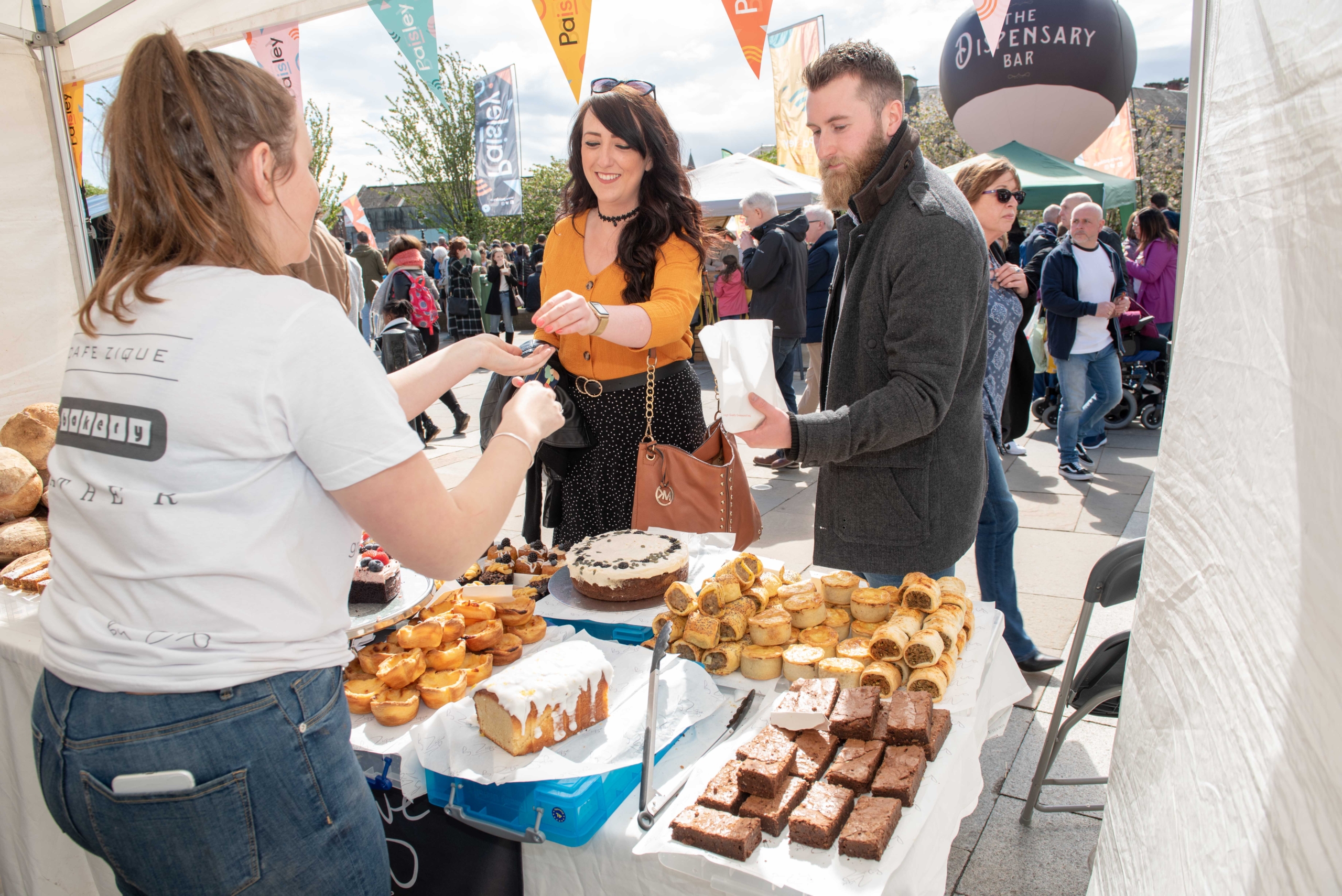 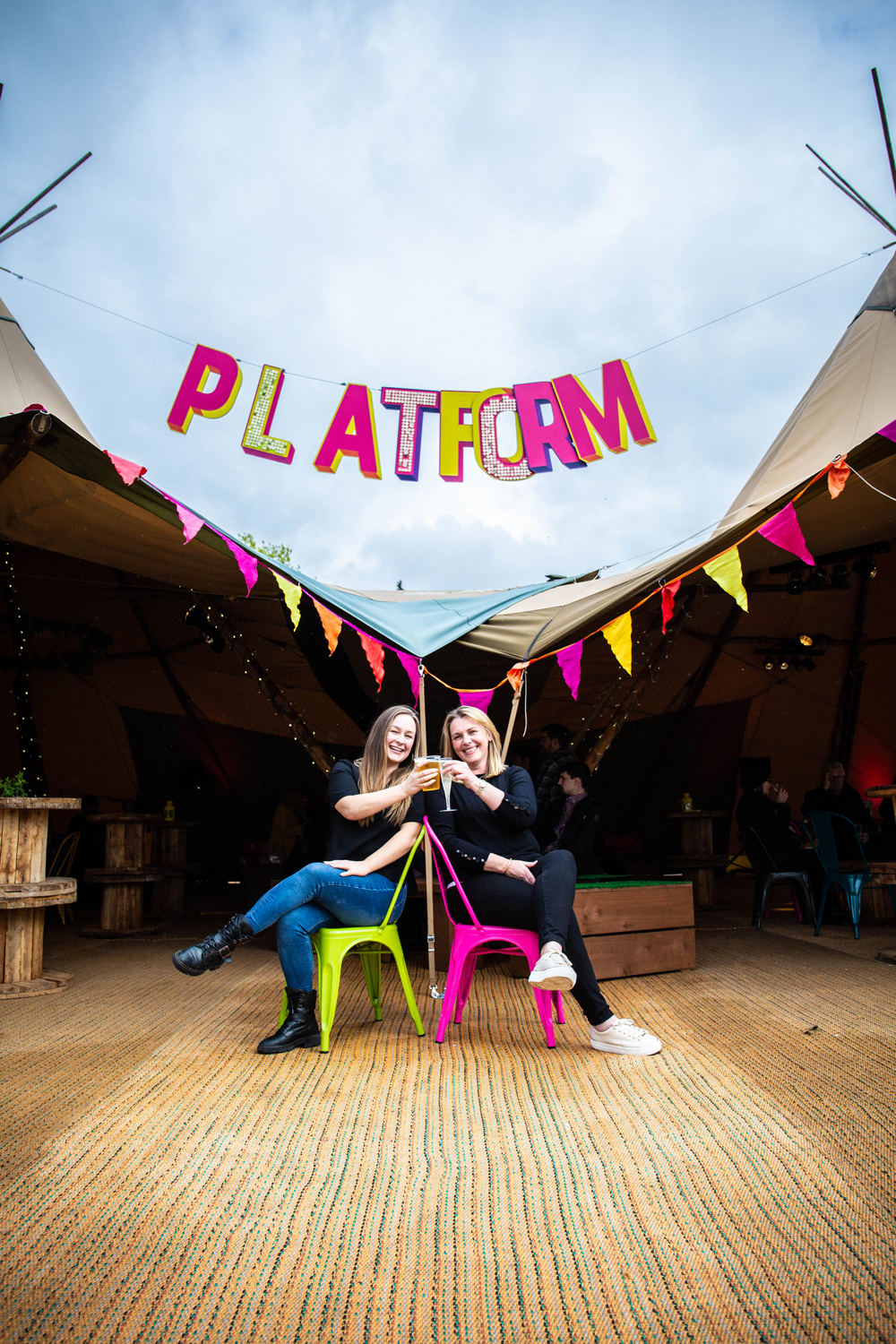 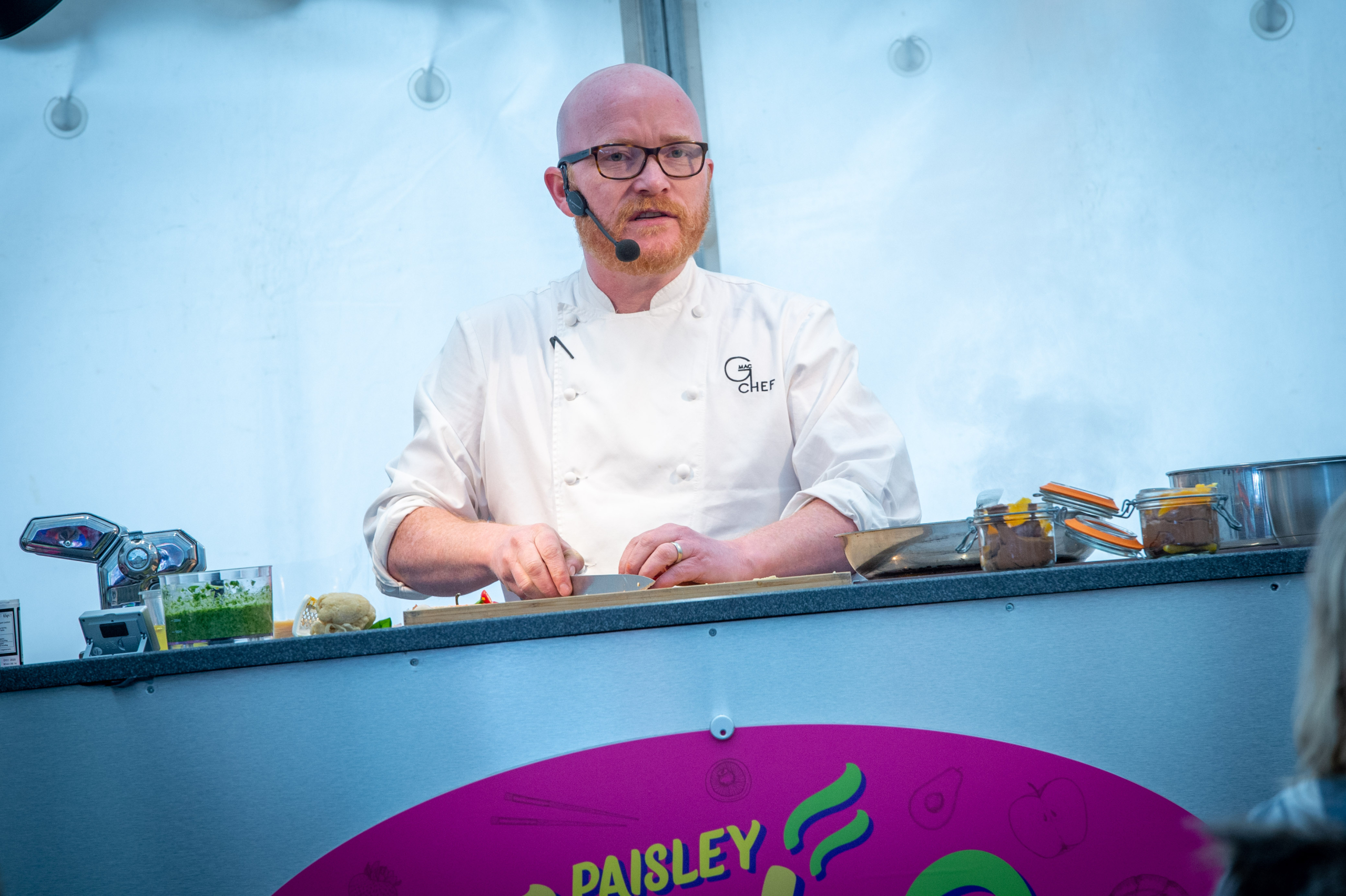 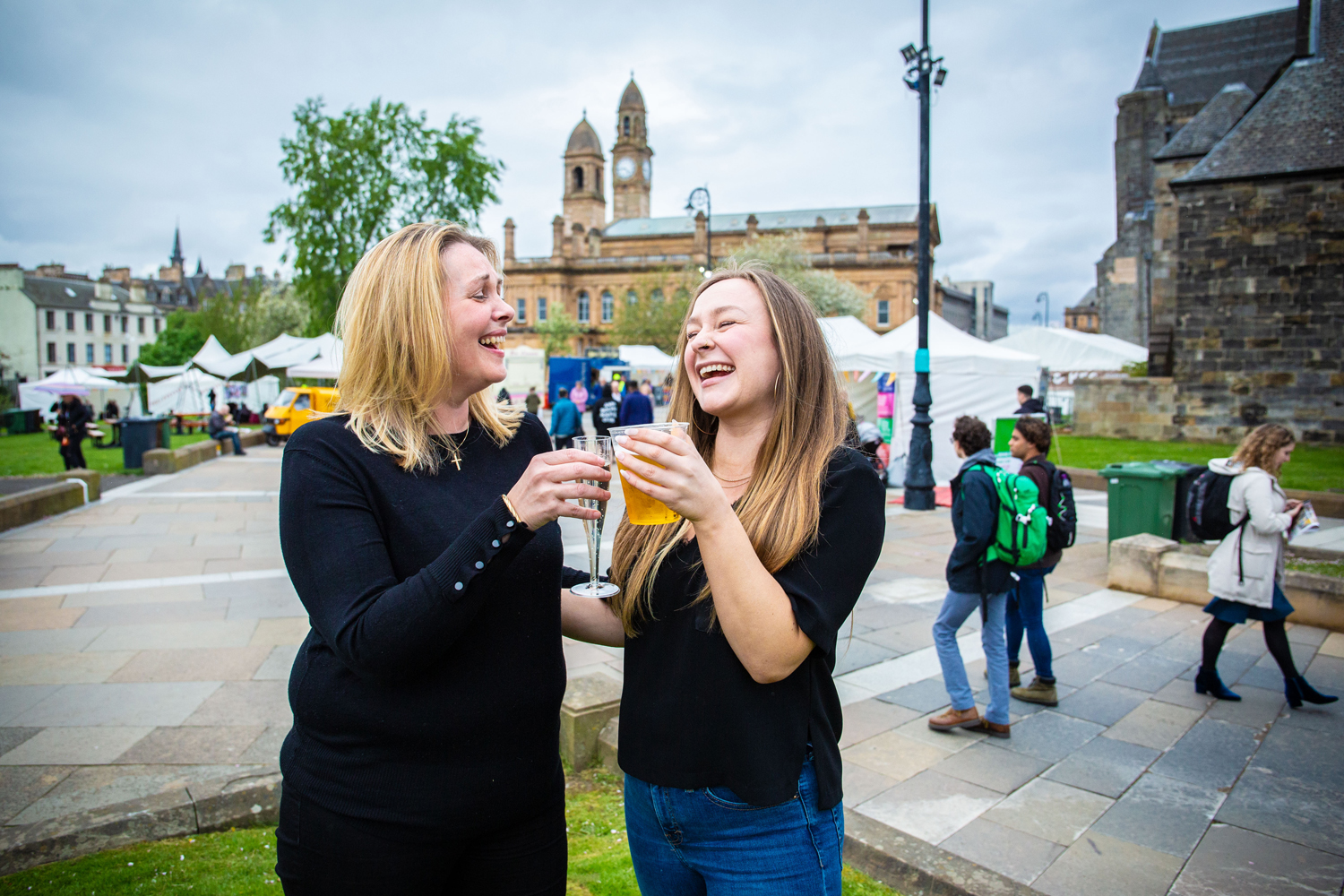 Festival-goers could unwind with cutting-edge cocktails in the giant Kata tee-pee tents, packed with colourful furniture and tunes from the PLAFORM DJs.

Hilary Goodfellow, Project Manager for PLATFORM on Tour, said: “We’ve had an absolutely brilliant weekend being part of this year’s Paisley Food and Drink Festival. The feedback has been brilliant with so many people embracing street food and enjoying trying some new foods.

“We love taking our traders out on tour, especially to events like this with something for everyone to enjoy. It was great to see people turn out in their numbers. The vibe at the festival was just fantastic.”

Paisley Food and Drink Festival ensured there was something to suit all tastes, with gluten-free and dairy-free options and a brand-new vegan and vegetarian zone at this year’s event.

Local resident, Beth Miller, said: “The festival has been brilliant. There’s so many different choices of food and drink – and they’re all really tasty! There’s lots of great music and things for kids too.”

The popular cooking demonstrations were back at this year’s festival, with celebrity chefs, Gary Maclean, winner of MasterChef – The Professionals 2016, Matt Pritchard, star of hit MTV series Dirty Sanchez and BBC TV’s Dirty Vegan, and baking sensations Three Sisters Bake all on hand to offer their top tips.

Chef Gary Maclean said: “I was so happy to be part of this year’s Paisley Food and Drink Festival. It’s a fantastic event and an amazing place to hold cooking demonstrations.

“For me, the festival is all about the people of Paisley and I love the fun I have with Paisley’s cooking enthusiasts when I’m here. It really is one of my favourite places to come to.”

Families were able to enjoy top music and entertainment all day on Saturday at the Main Stage, sponsored by Paisley’s The Bungalow music venue, and the Burger and Keg tent.

An interactive show from kids favourites Sprog Rock, tributes to the music of Ariana Grande, Little Mix and Steps by Princesses of Pop and ska sensations Esperanza were just some of the highlights on the Main Stage, while a number of local acts showcased their talents in the Burger and Keg tent.

Beer enthusiasts could take their pick from over 70 craft conditioned ales and craft beers at the Renfrewshire CAMRA (Campaign for Real Ale) Beer Tent on both Friday and Saturday.

Paisley Food and Drink Festival is the first major event in Renfrewshire Council’s popular events calendar. Other fantastic events taking place this spring and summer include, The British Pipe Band Championships on Saturday 18 May, Sma‘ Shot Day on Saturday 6 July and the annual Renfrew and Barshaw Gala Days on Sunday 2 and Saturday 22 June.

To find out about more upcoming events in Paisley and Renfrewshire visit: www.paisley.is.

5 Unmissable Events in Paisley in Summer 2019
Scroll to top