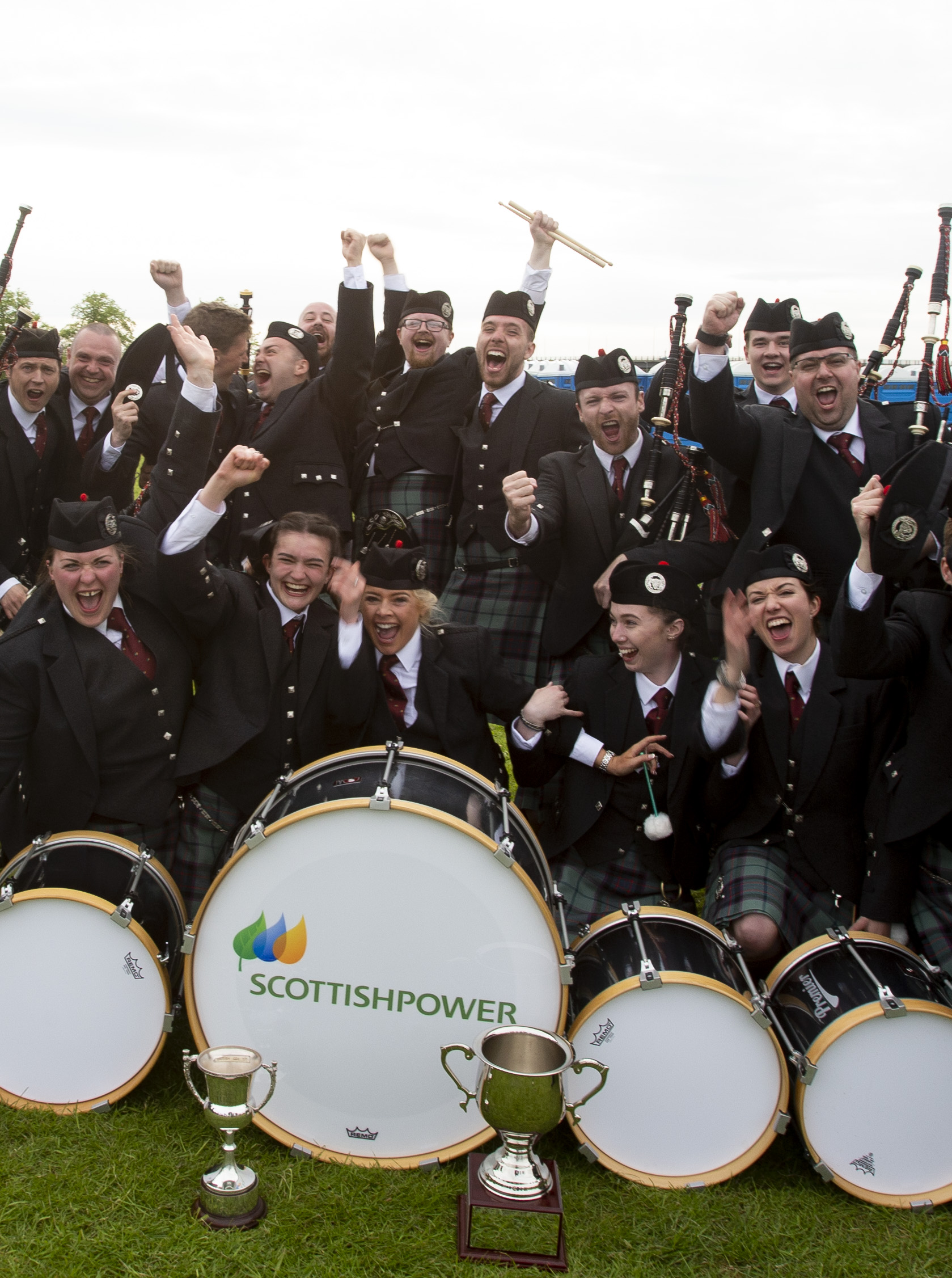 Thousands of the world’s top pipers and drummers will again descend on Paisley for one of the biggest dates in the global piping calendar.

The British Pipe Band Championships will take place on Saturday 18 May at the St James Playing Fields – with 123 bands from across the UK and Ireland, and drum and pipe majors from as far afield as the USA, Denmark and Belgium set to compete.

The free-to-attend event will see a full day of family entertainment from 10am to 6pm – including a Highland Games competition, a food village, and sporty activity.

This will be the fourth year the championships have been in Paisley, with the town contracted to continue to host the event – one of piping’s five ‘majors’ and second-only in size to the World Championships – until 2021.

Last year’s event attracted 17,000 attendees and generated more than £300,000 for the local economy, with half the attendees visitors to Renfrewshire and 7% from outwith Scotland. 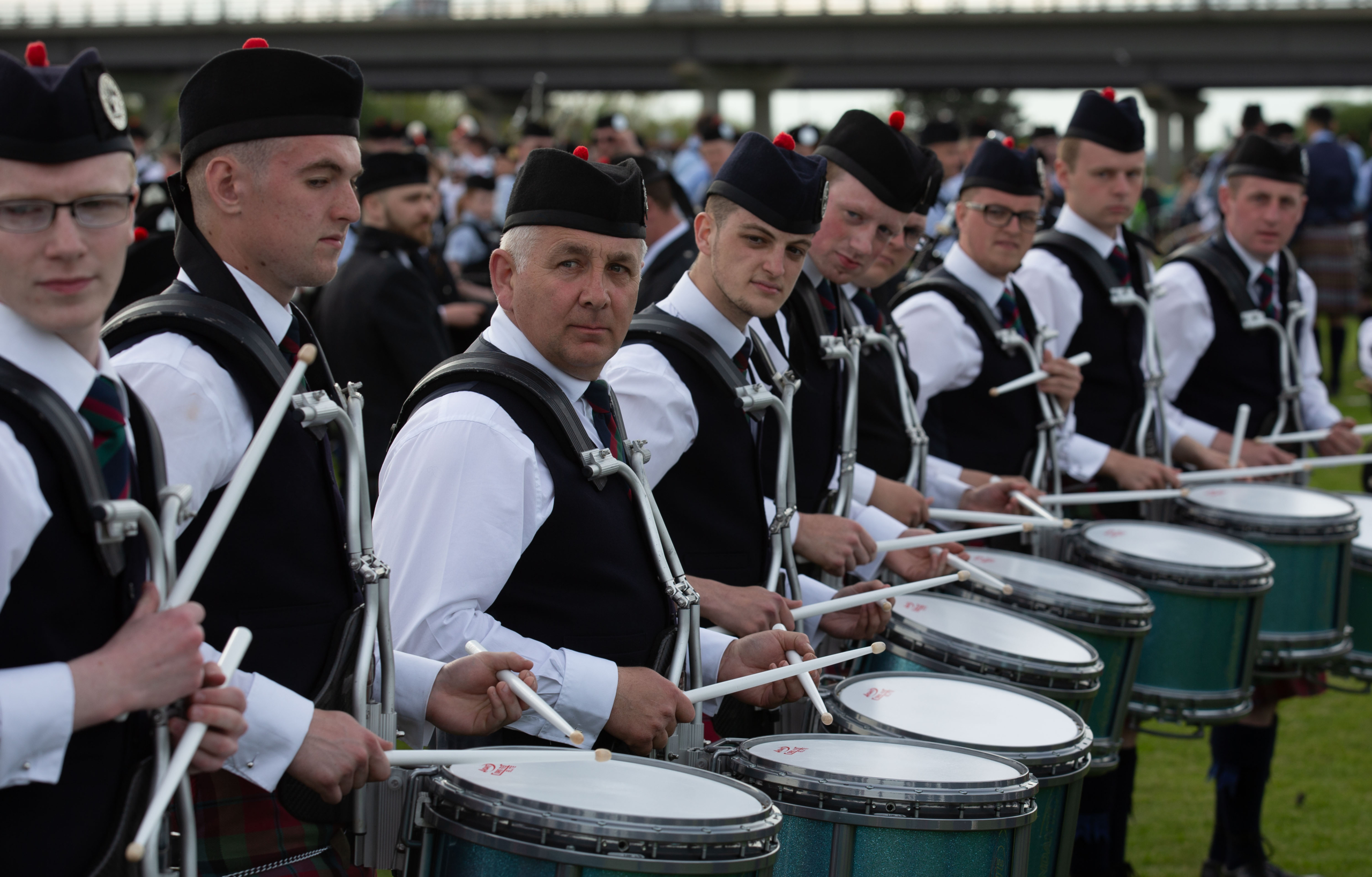 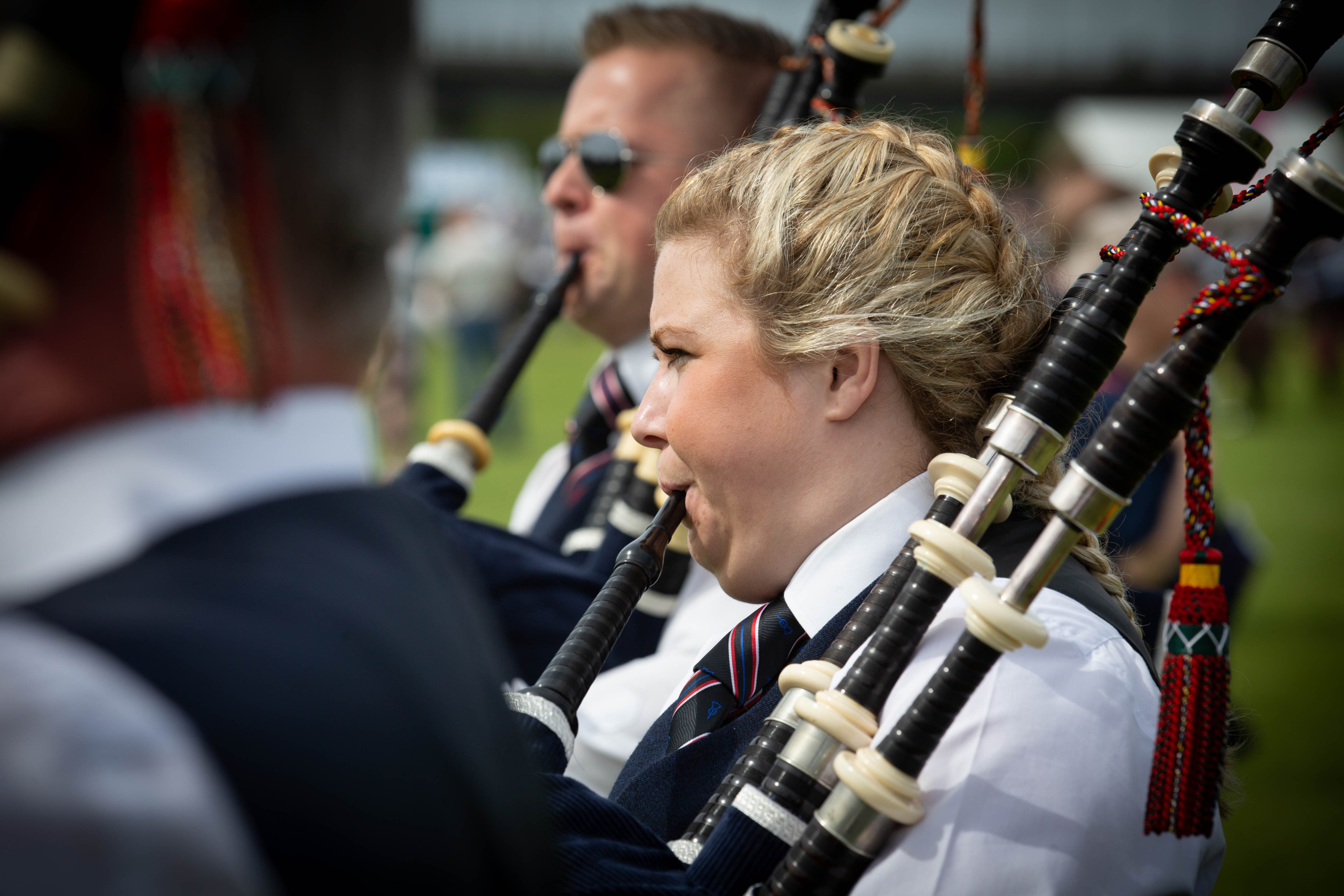 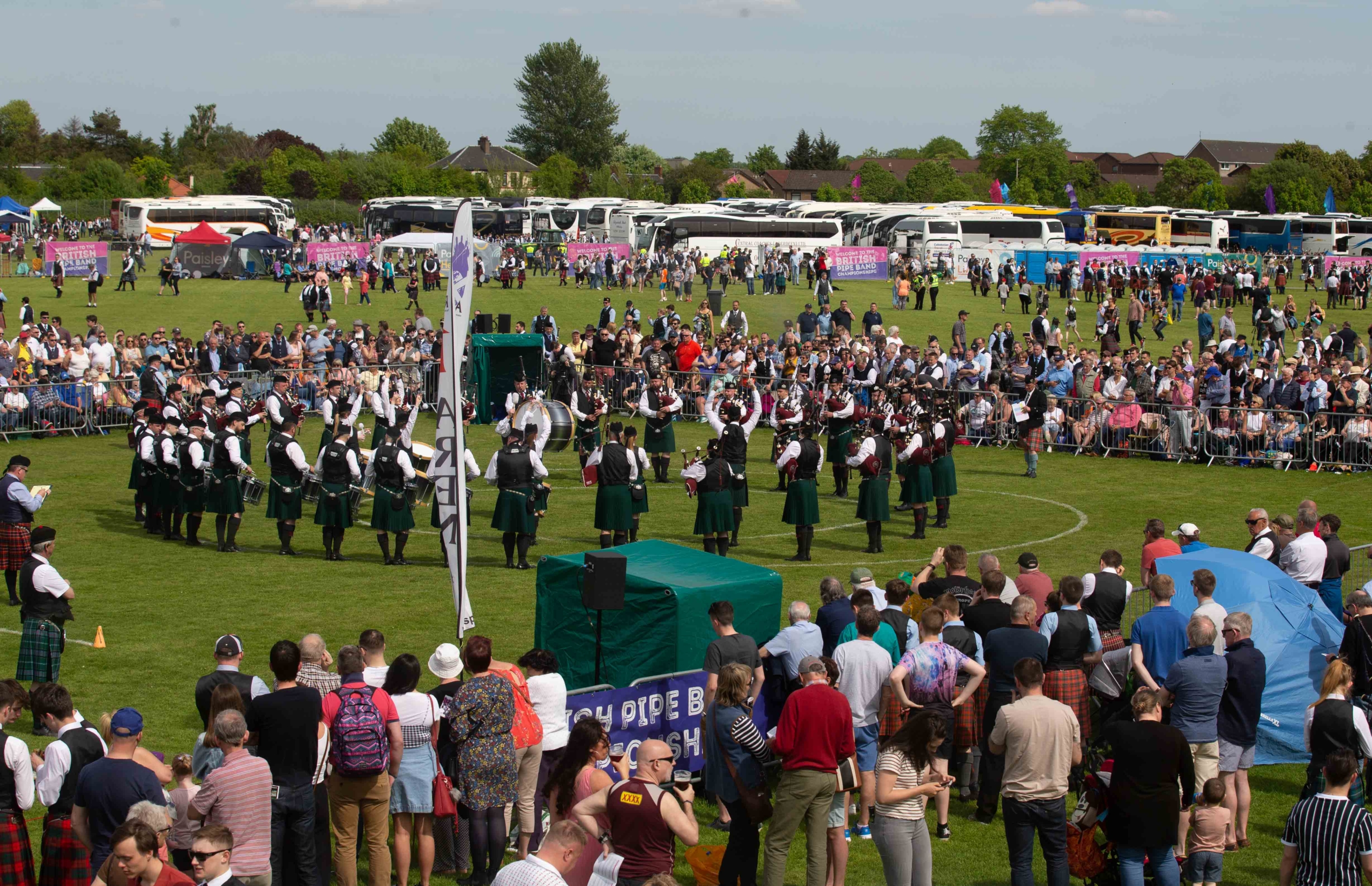 There will be plenty local interest on the day – the Johnstone Pipe Band will have two entries, one going head to head with the world’s best in the prestigious Grade 1 competition, and another looking to win Grade 3a (having topped Grade 3b last year).

Kilbarchan Pipe Band will feature in the Grade 4b contest, while the Renfrewshire Schools Pipe Band will be hoping to equal or better last year’s brilliant performance, when they came third in Novice Junior Grade B in their first major championships.

Ian Embelton, chief executive of the Royal Scottish Pipe Band Association, said: “We are delighted to be partnering with Paisley to bring the British Championships to the town once again.

“Paisley is a popular venue with the bands for its central location, transport links and the many excellent options available locally to stay overnight and to enjoy a meal or a drink.

“This is the first of the annual majors and many of the world’s best pipe bands will be competing – for anyone who hasn’t been before, my message would be come along on the day and enjoy some top-class piping and drumming.”

McGill’s will run the shuttle buses from Paisley Gilmour Street station, West College Scotland and Swift Parking on Greenhill Road, with the latter two offering free event parking. Visitors should note there will be no public parking at the event.

Other transport options include getting the train to Paisley St James station, which is a short walk from the event site, or a McGill’s bus to Paisley town centre, and transferring to the free shuttle.

Renfrewshire Council Leader Iain Nicolson said: “Hosting major events like this is helps to build on Paisley and Renfrewshire’s now-established reputation as a key destination on Scotland’s events map.

“Renfrewshire has many businesses who will be ready to welcome the thousands of visitors with open arms and I hope as many of them as possible of will enjoy a day, and evening or an overnight stay with us.”

Other major events coming up in Paisley over the next few weeks include the Paisley Food and Drink Festival – expected to draw thousands to the town centre on Friday 26 and Saturday 27 April.

More information about the British Pipe Band Championships and other Renfrewshire events is available online at www.paisley.is.