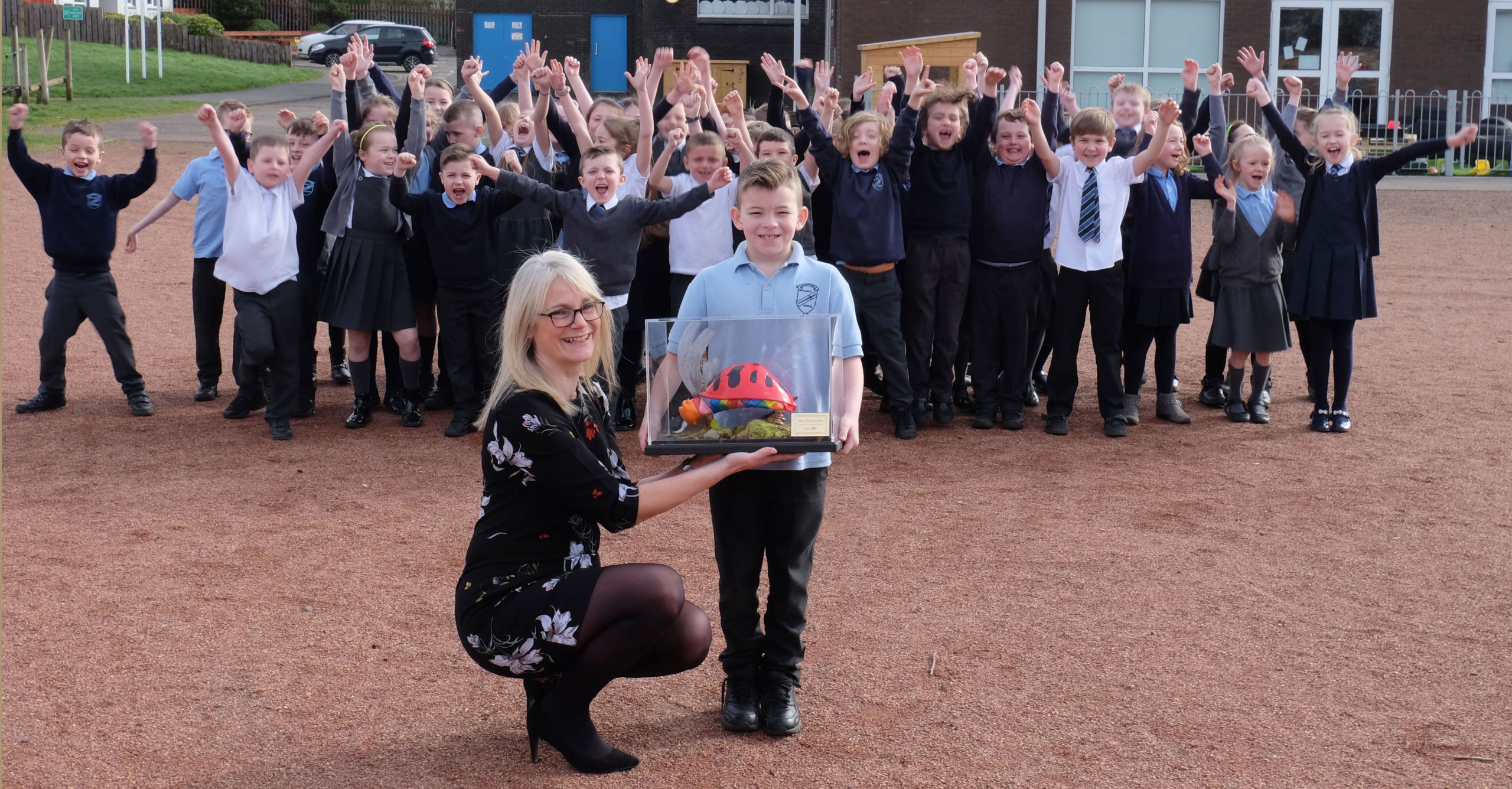 YOUNGSTER Max Belshaw won a competition to design and draw his very own insect.

And now his creation has been turned into a model bug that will go on display at Wallace Primary School, Elderslie. 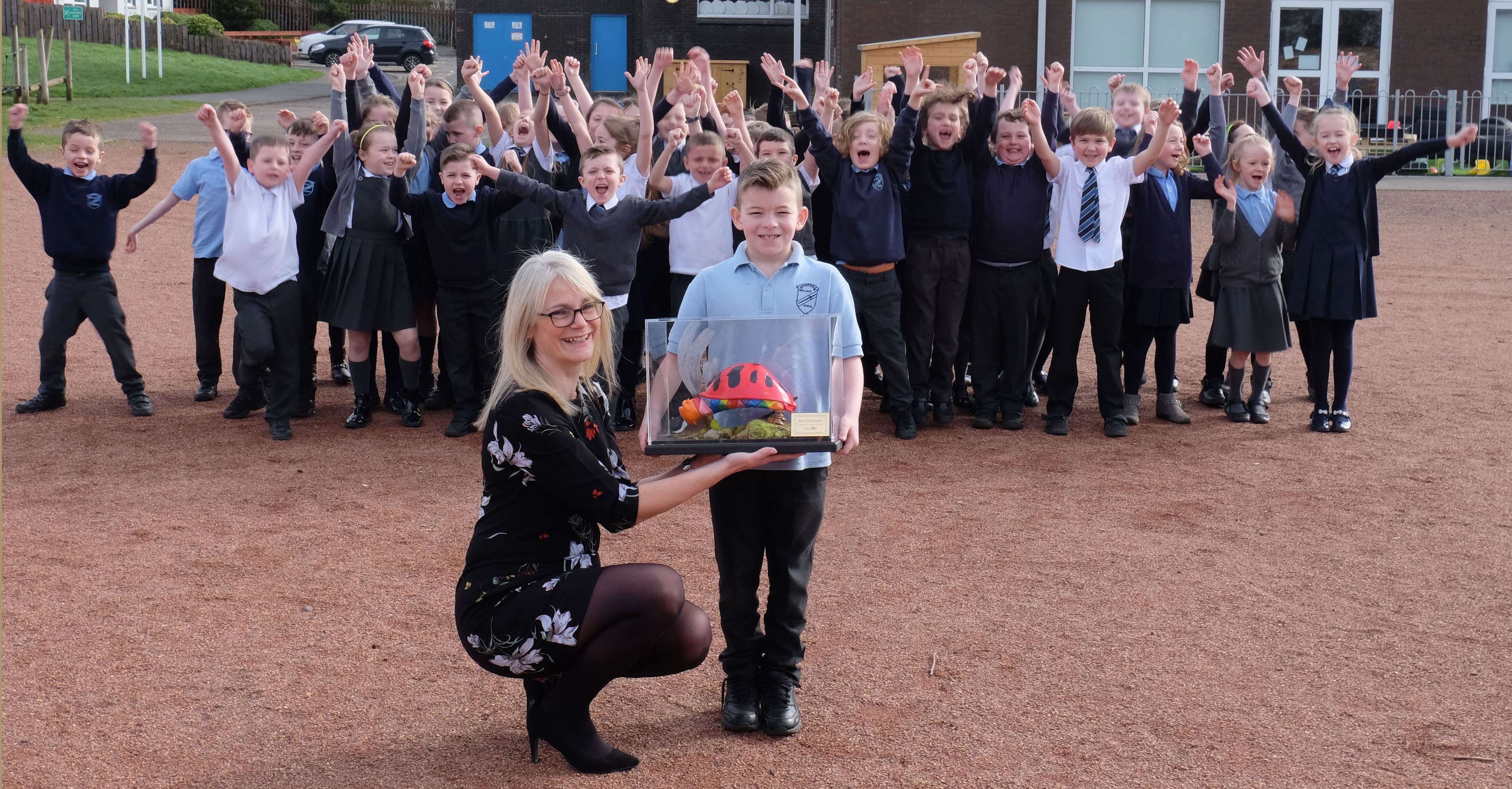 Max, aged seven and his fellow pupils had visited the intu Braehead shopping centre to see a display of larger-than-life models of insects, including honeybees, ladybirds and grasshoppers.

The Primary 3 pupils had been asked to create and draw their own bugs and Max’s was chosen as the winner. As well as having his drawing turned into a plastic replica model, he also received a £25 intu Gift Card. 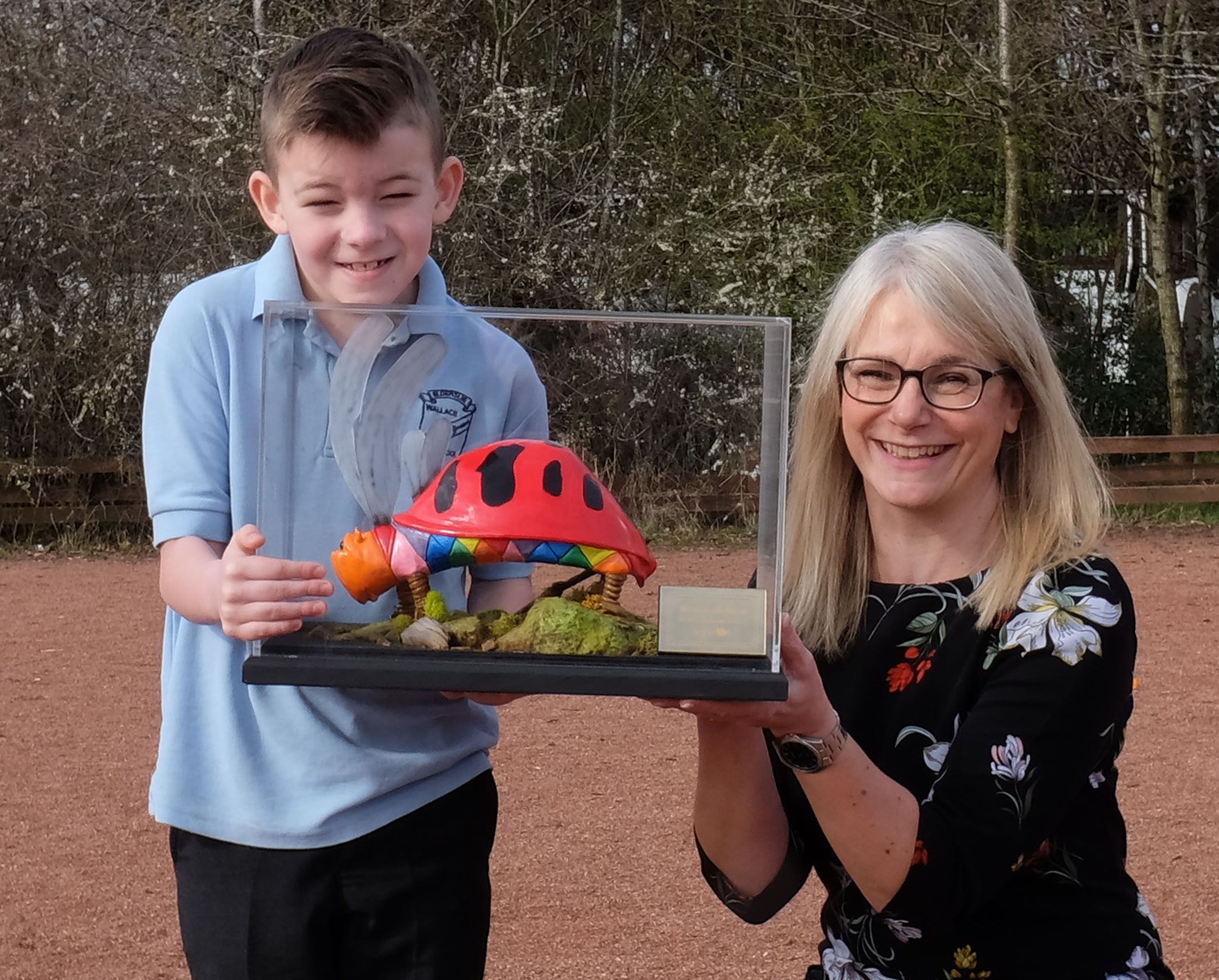 The Big Bugs On Tour was at intu Braehead earlier in the year as part of a nationwide series of visits to other intu shopping centres.

The intu Big Bugs On Tour initiative is backed by naturalist Chris Packham and it aims to reconnect kids and adults to nature following a report that shows children are now better at identifying Pokemon characters than British wildlife. 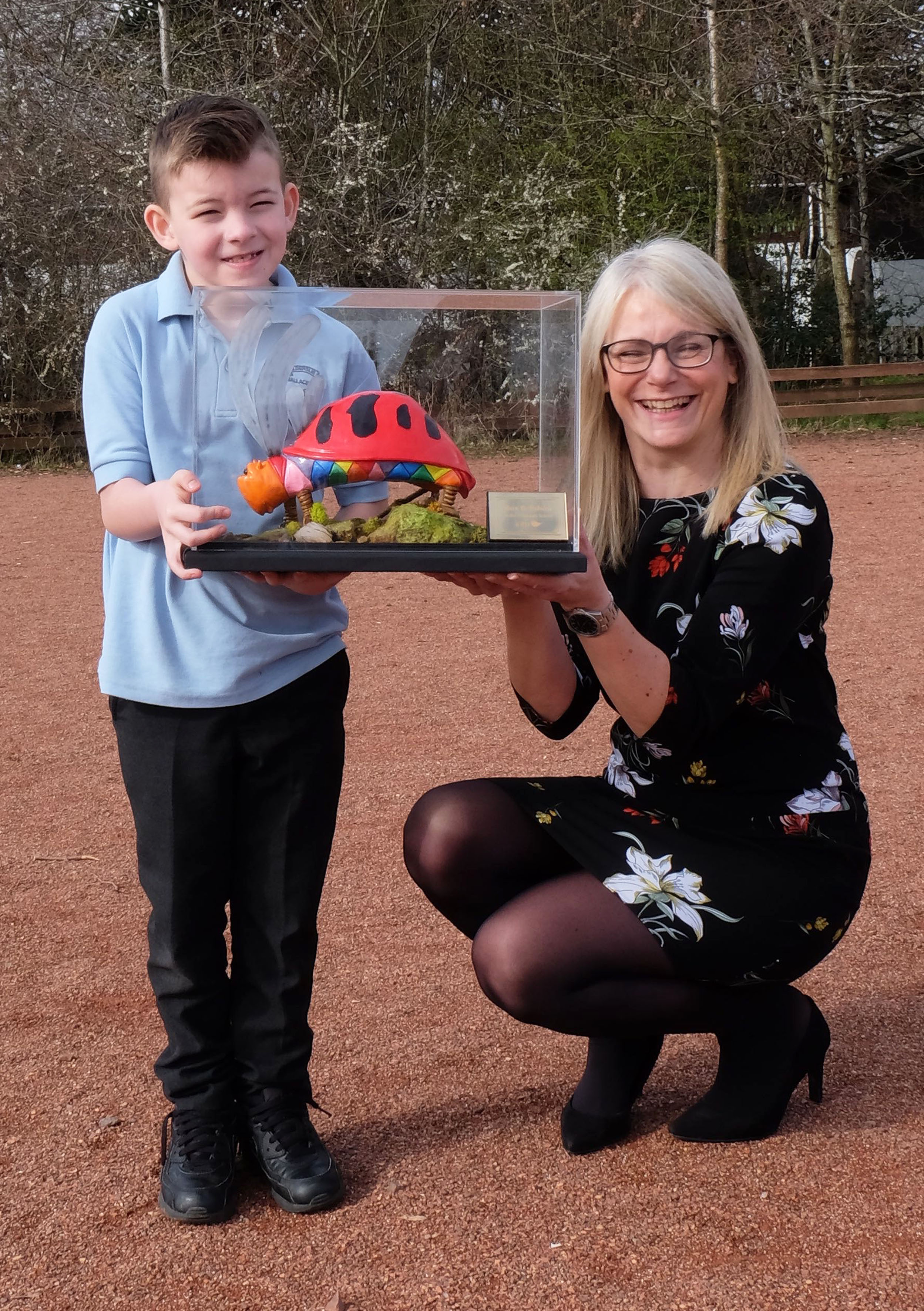 “Max had done really well when he created his own insect and it looks even better now that it’s been turned into a replica model.”

Glasgow News? Daily Updates part of our network
The Bungalow sponsors of the Paisley Food and Drink Festival Main Stage 201...