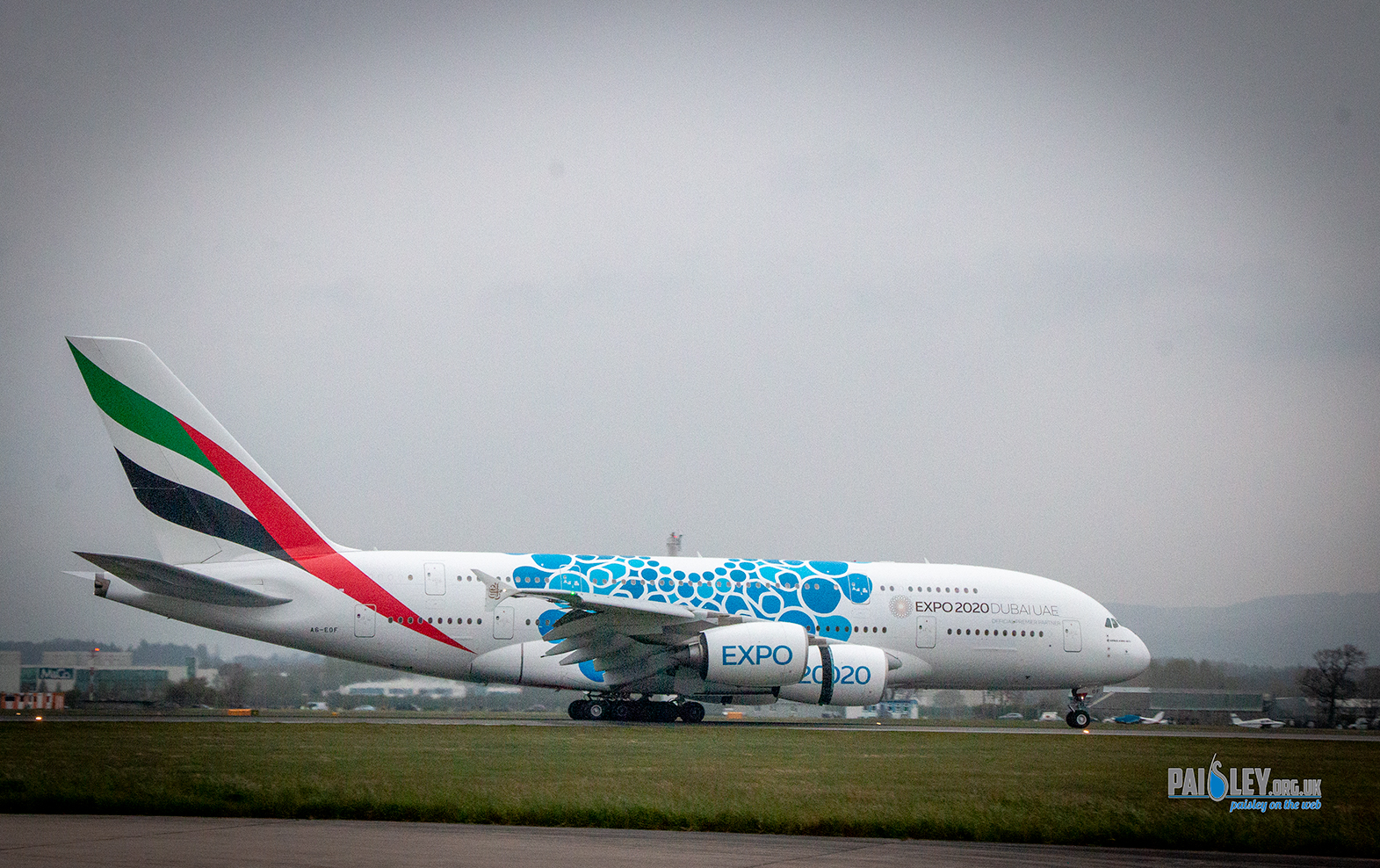 Glasgow Airport and Emirates will make Scottish aviation history with the first arrival of the A380 aircraft, which touched down at 19.45 on Tuesday, April 16.

Last week saw the first the time world’s largest commercial passenger aircraft which has been introduced to scheduled service in Scotland. Glasgow Airport has invested more than £8m upgrading its infrastructure to welcome the iconic aircraft, including the introduction of Scotland’s only triple airbridge.

Video of the Aircraft arriving via social media on our Facebook page.

Why Is There Only One Casino in Paisley and Is There an Alternative?
Scroll to top
Go to mobile version