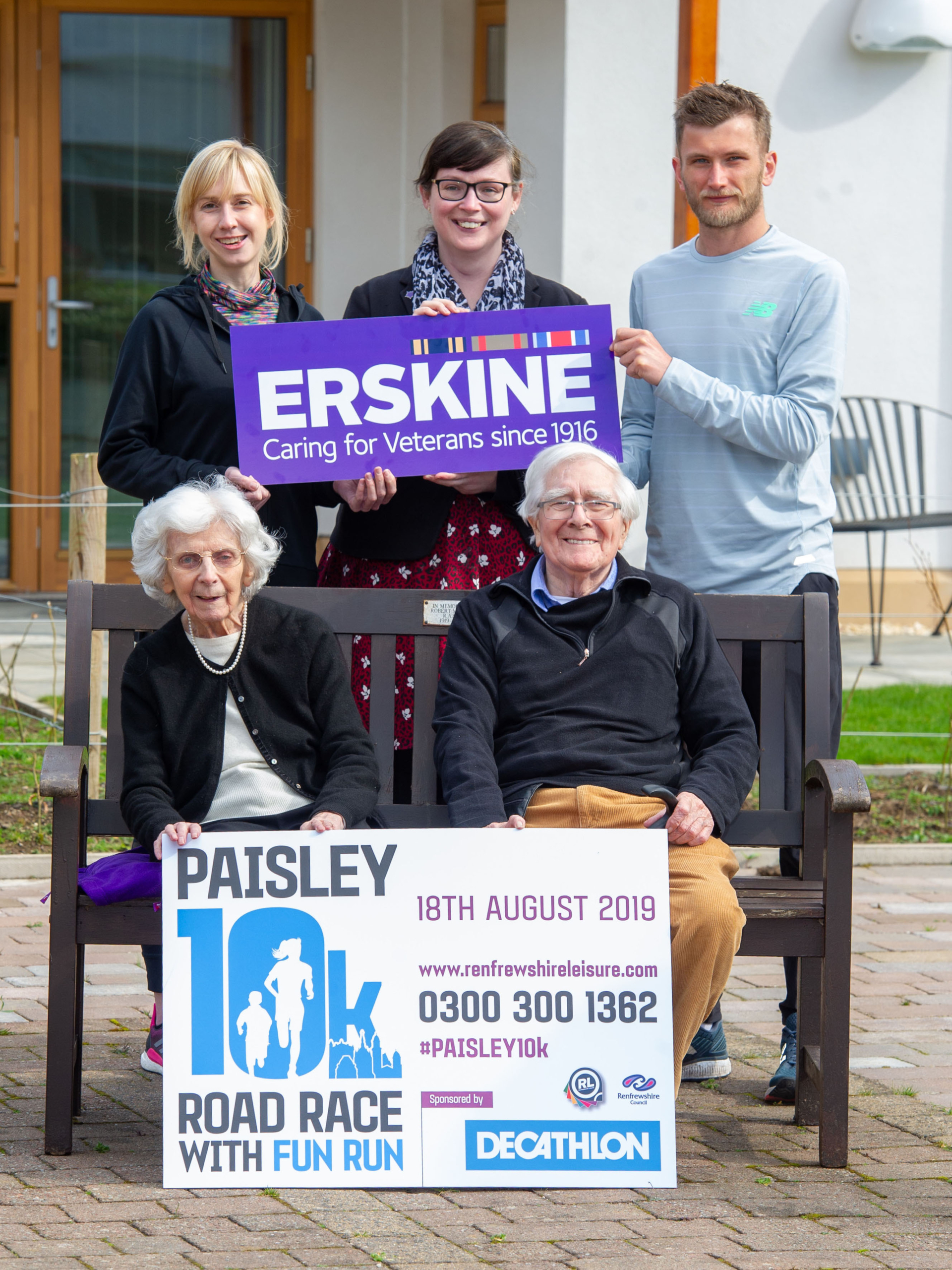 THE Armed Forces veterans’ charity, Erskine is in the running to raise thousands of pounds.

It has been chosen as the official charity partner of this year’s Paisley 10k Road Race and Fun Run.

Last year, almost 3500 people took part in both the Paisley 10k and shorter Fun Run through the streets of the town. 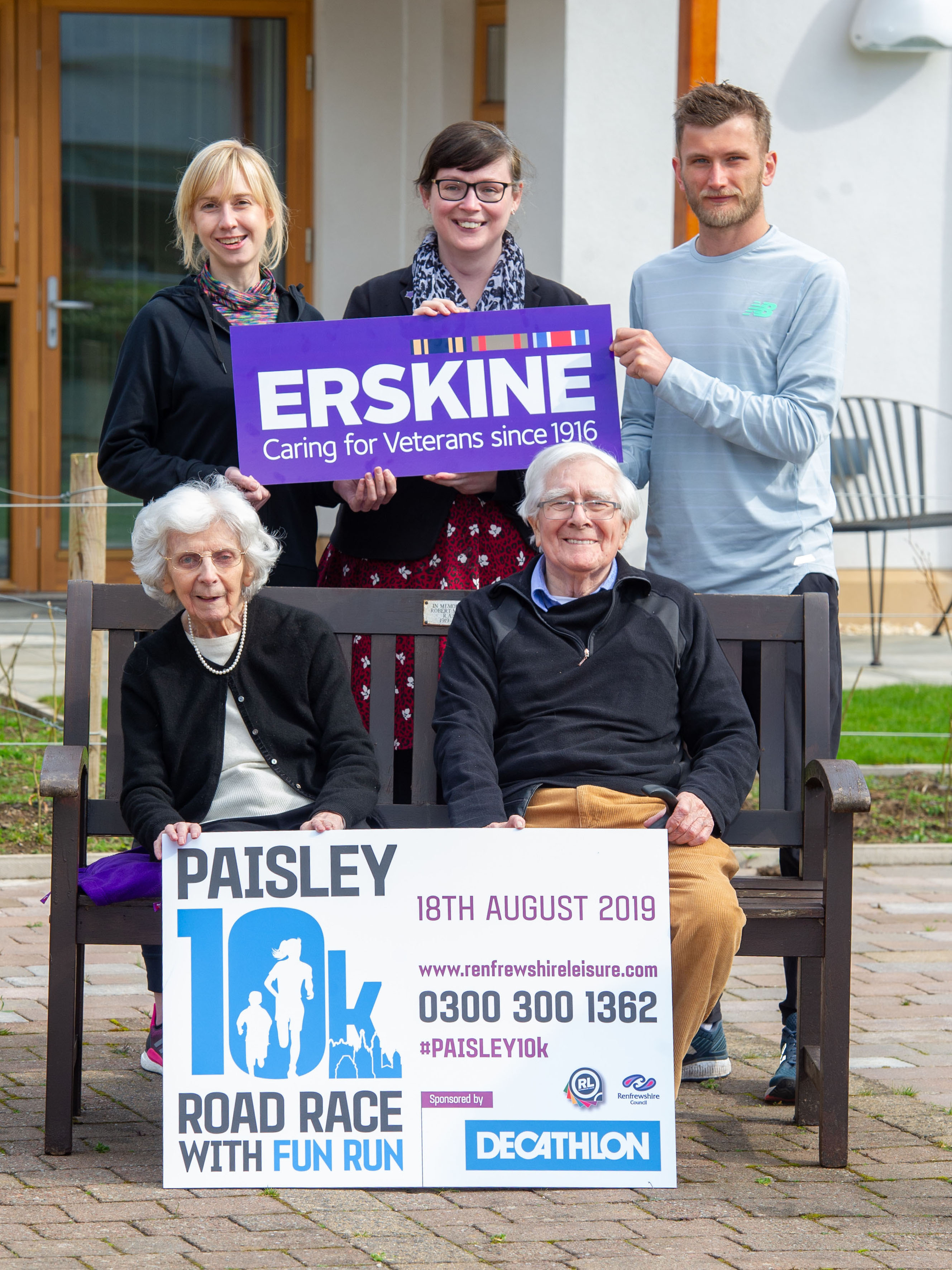 And organisers, Renfrewshire Leisure are expecting a similar big turn out this year on Sunday, August 18.

Many of the runners raise thousands of pounds for their favourite charities and good causes. Now those taking part are being encouraged to also raise money for Erskine, which is Scotland’s foremost provider of nursing, residential, respite and dementia care for veterans and their spouses.

And previous winners of the Paisley 10k – Derek Hawkins and Gemma Rankin – paid a visit to Erskine to promote the fundraising partnership. 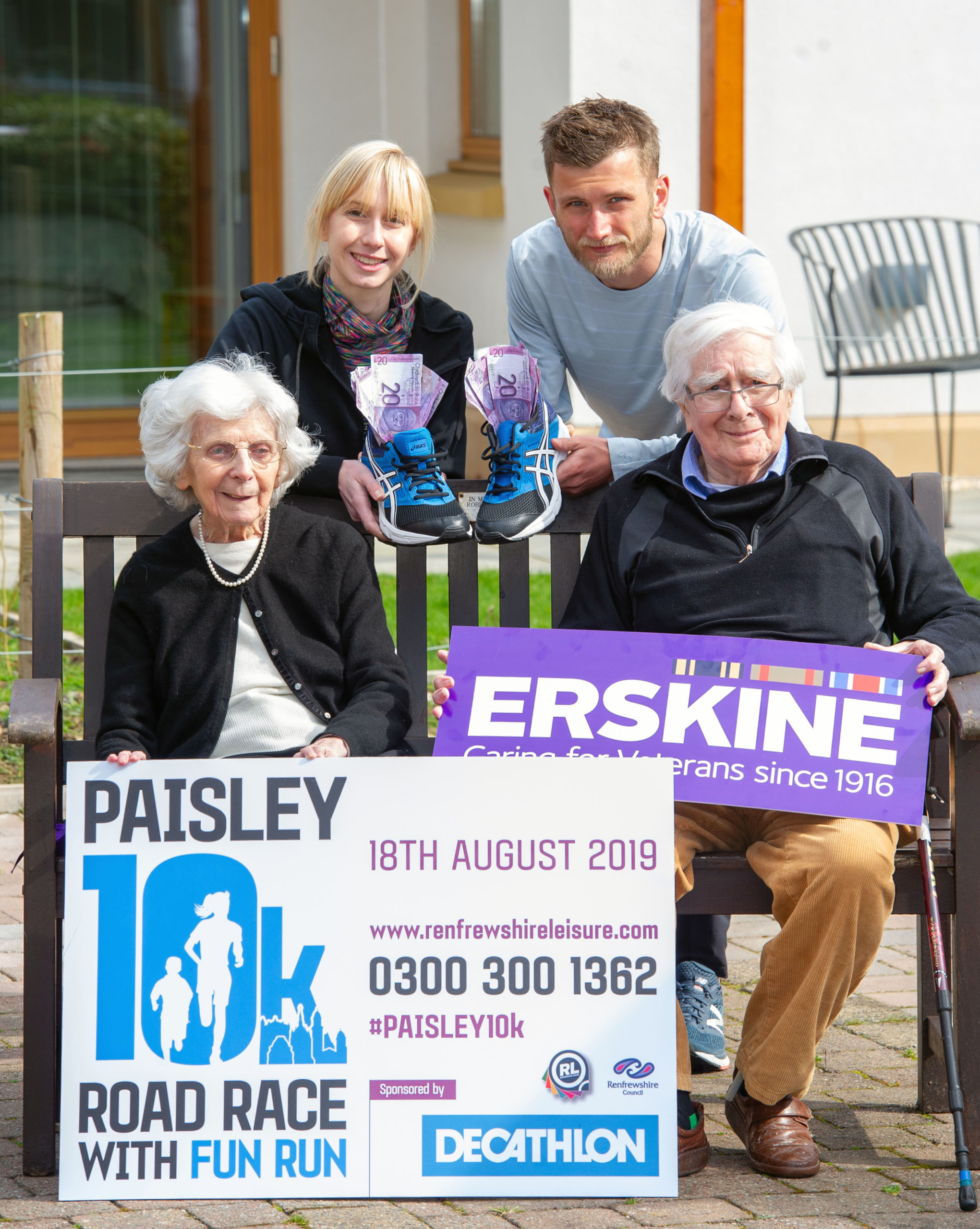 Renfrewshire Leisure’s chairperson, Councillor Lisa-Marie Hughes said: “As well as being a great event for athletes, the Paisley 10k and Fun Run is also great fun for local people to take part in.

“But there’s other benefits to the local community from the event and that is the huge amount of money raised for charities and good causes each year.

“It’s fitting that such a well-known and respected charity like Erskine that has been in Renfrewshire since 1916 has been chosen as our official charity partner.”

Erskine’s Head of Fundraising and Communications Sara Bannerman said: “We are delighted to have been chosen to be the charity partner for the Paisley 10K Road Race and Fun Run 2019.

“Erskine has a strong bond and a long history of community support from the people of Renfrewshire.

“As one of Scotland’s largest and most popular 10k races family fun runs, we would like to thank all the participants and volunteers for supporting our veterans.”

There is more than £2000 in prize money up for grabs in the 10k race and trophies for the both boys and girls fun runners who are aged seven and under, eight to 12 years old and 12 to 15 year olds.