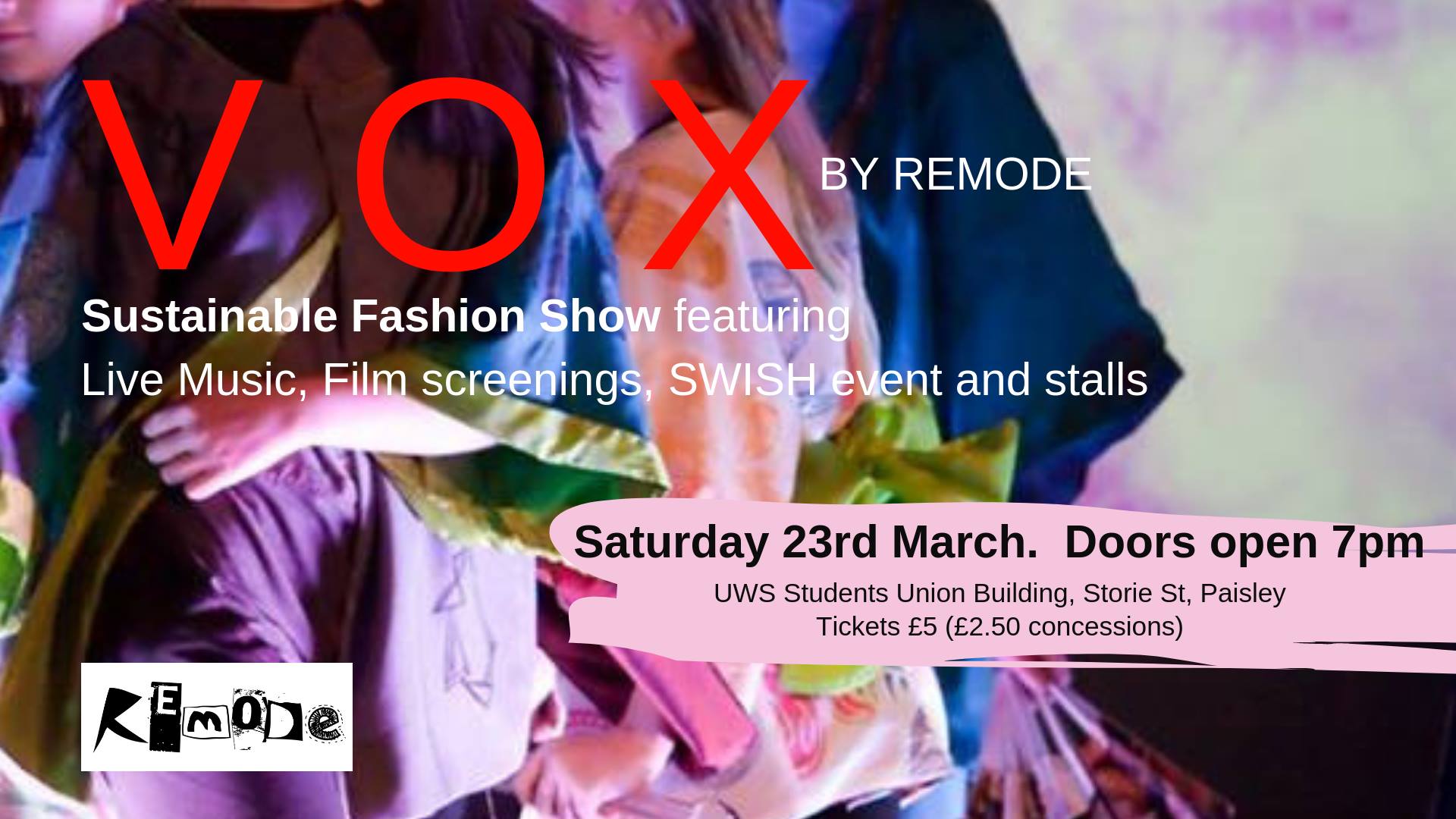 An estimated 300,000 tonnes of fashion waste goes into landfill in the UK each year and we’re part of the growing movement of people who want to shout about this.

VOX is a platform for ReMode’s to share their work – creating sustainable fashion, sharing skills and increasing understanding of climate change issues.

Clothes in this year’s show have been made by participants and volunteers in our workshops and there will also be sections featuring guest makers and designers from Renfrewshire and Glasgow.

The theme for ReMode’s Fashion Show is the voice – as an instrument to sing and shout and as the symbolic expression of youth and protest.

Integrated into the fashion show is a specially created new soundtrack by Anders Rigg with a live vocal performance by singer Louise Macdonald.  The back drop to the show will feature 6 short animated films created by filmmaker Kevin Cameron. The films have been created in workshops with students at UWS, and school pupils from Heriot Primary, Paisley.  There will be elements of live music performed by Vocalist Louise MacDonald.

A swish is a fast and fun clothes swapping event.  How does it work? Drop off your clean, unwanted garments with ReMode before the fashion show, to earn tokens to exchange for clothes at The Swish!