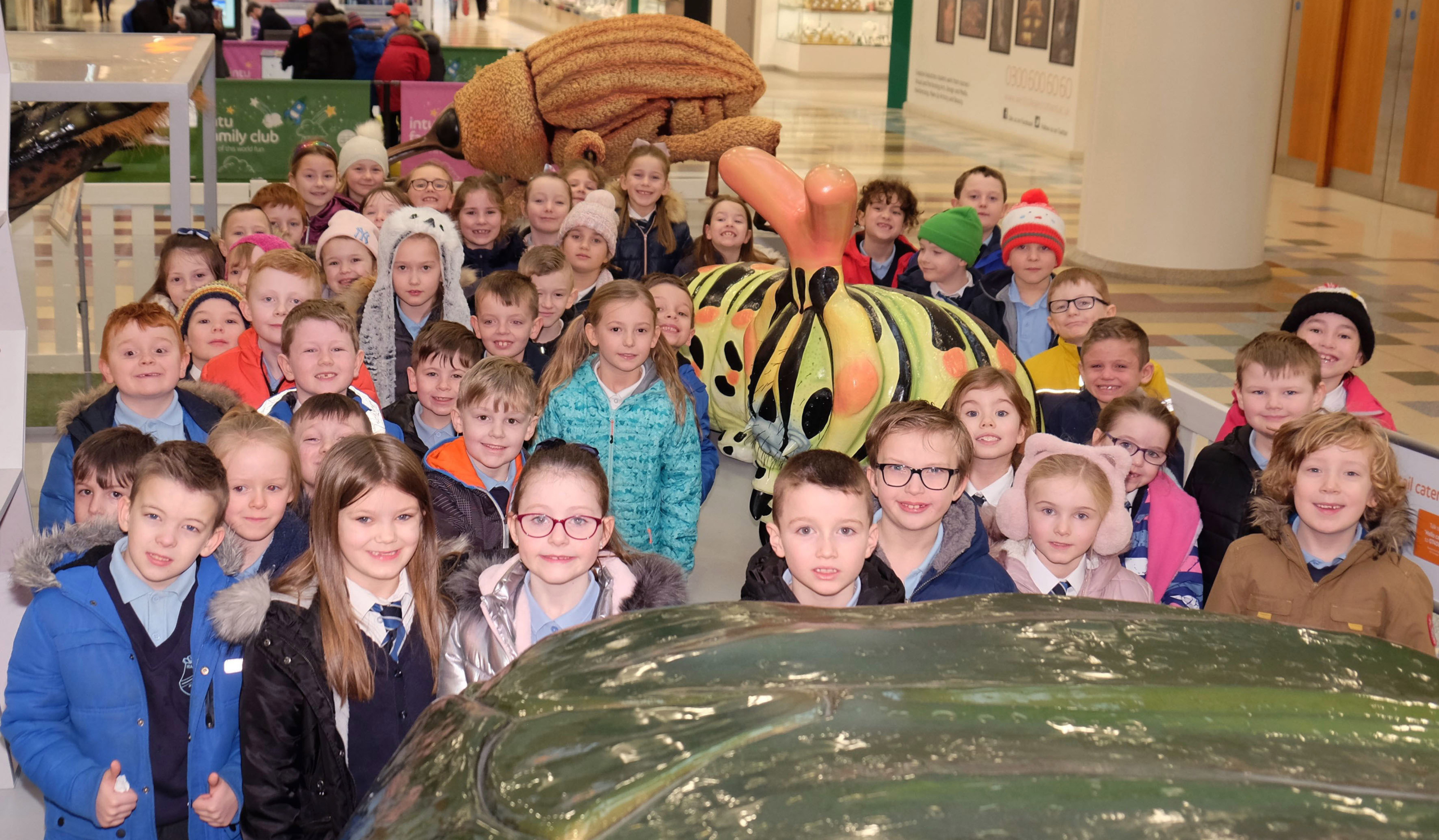 Schoolkids were buzzing with excitement when they got up close to some giant bugs.

The youngsters from Wallace Primary School, in Elderslie visited intu Braehead to see a display of larger-than-life models of insects, including honeybees, ladybirds and grasshoppers in the shopping centre. 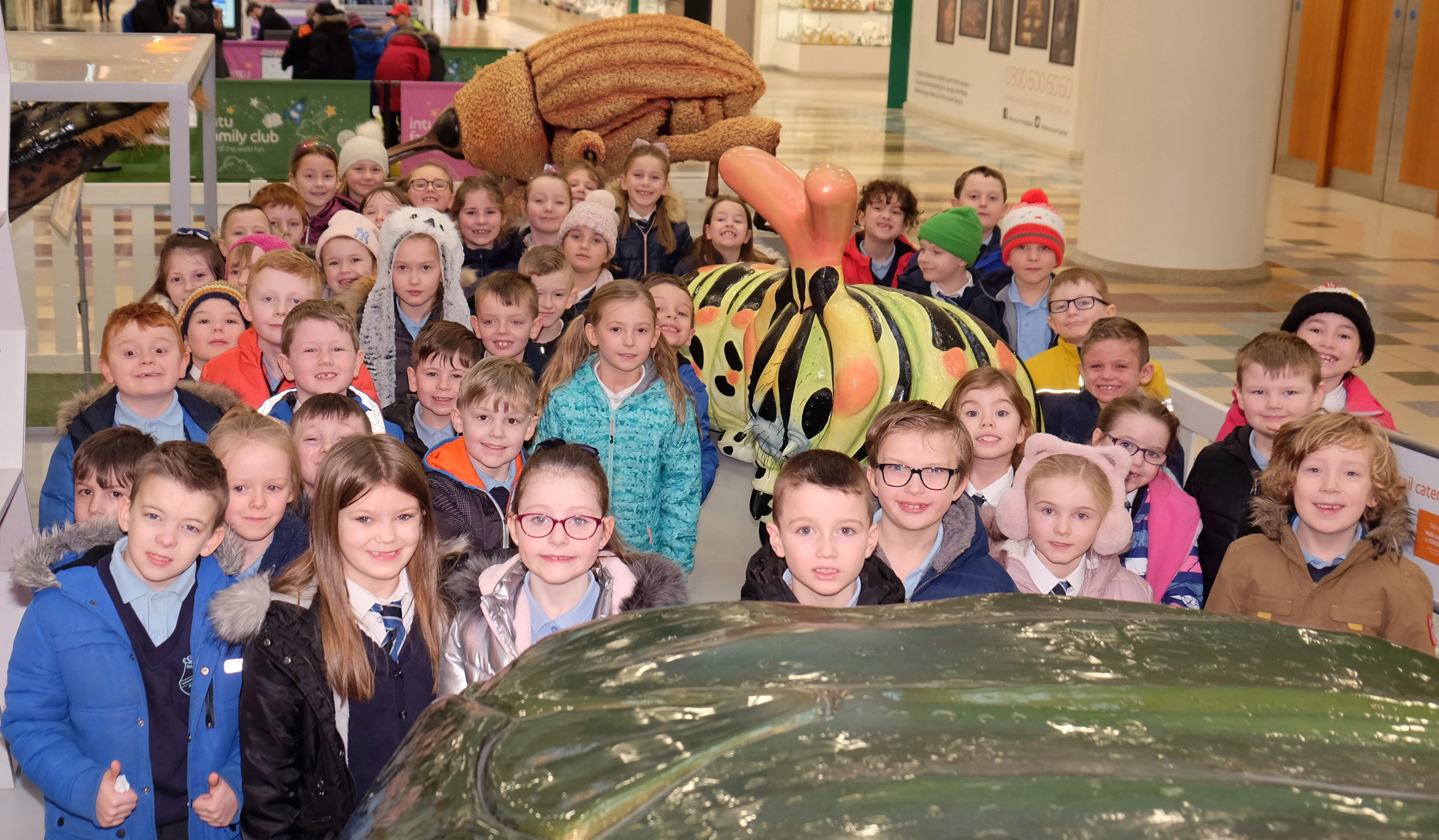 The Primary 3 pupils had taken part in a competition to draw their own insects and the winner, seven-year-old Max Belshaw will have his brightly-coloured bug made into a model for the school to keep. Max also won a £25 intu Gift Card.

More than 40 pupils from Wallace Primary visited Braehead to see the giant bugs and also take part in wildlife-related activities. 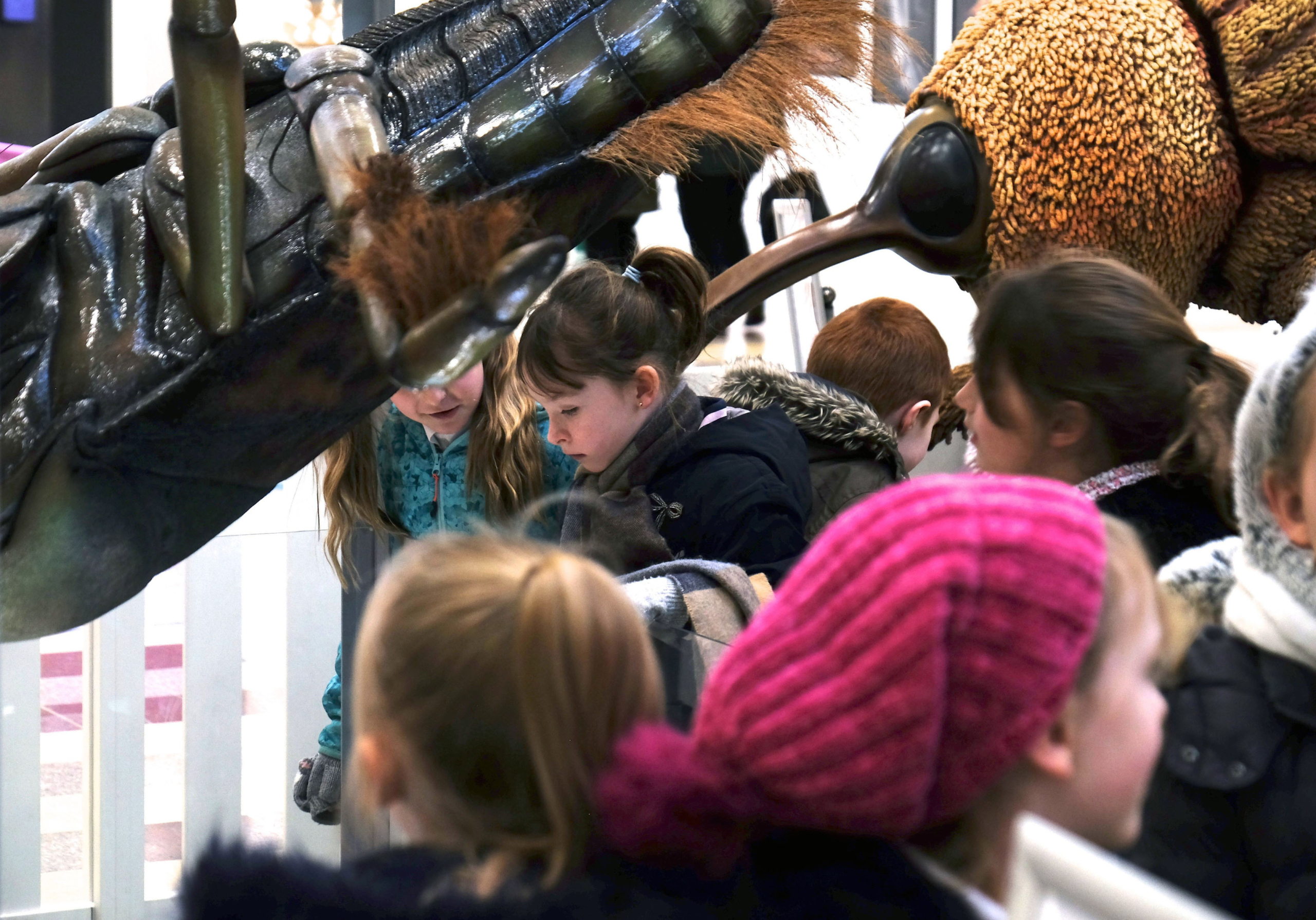 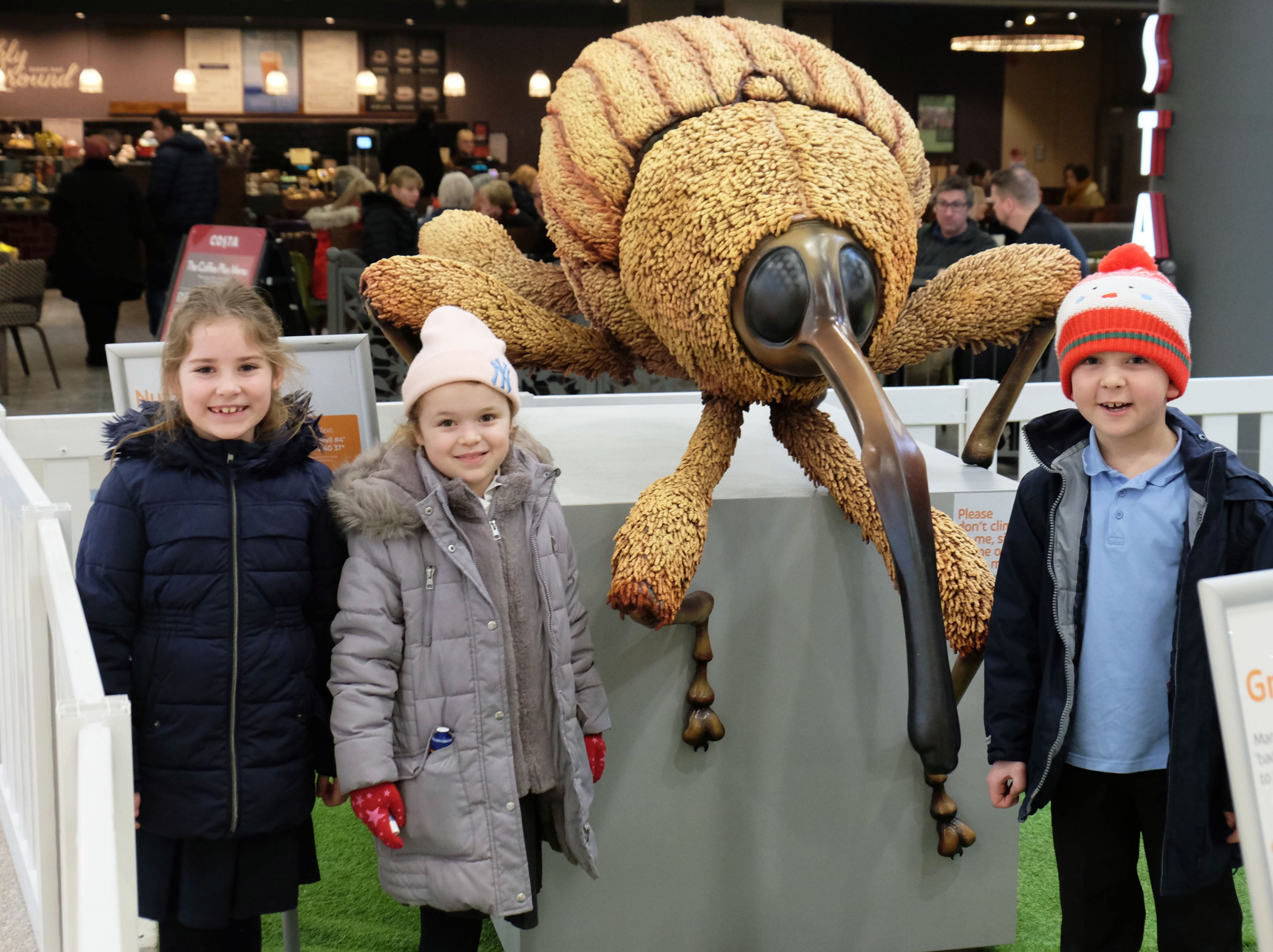 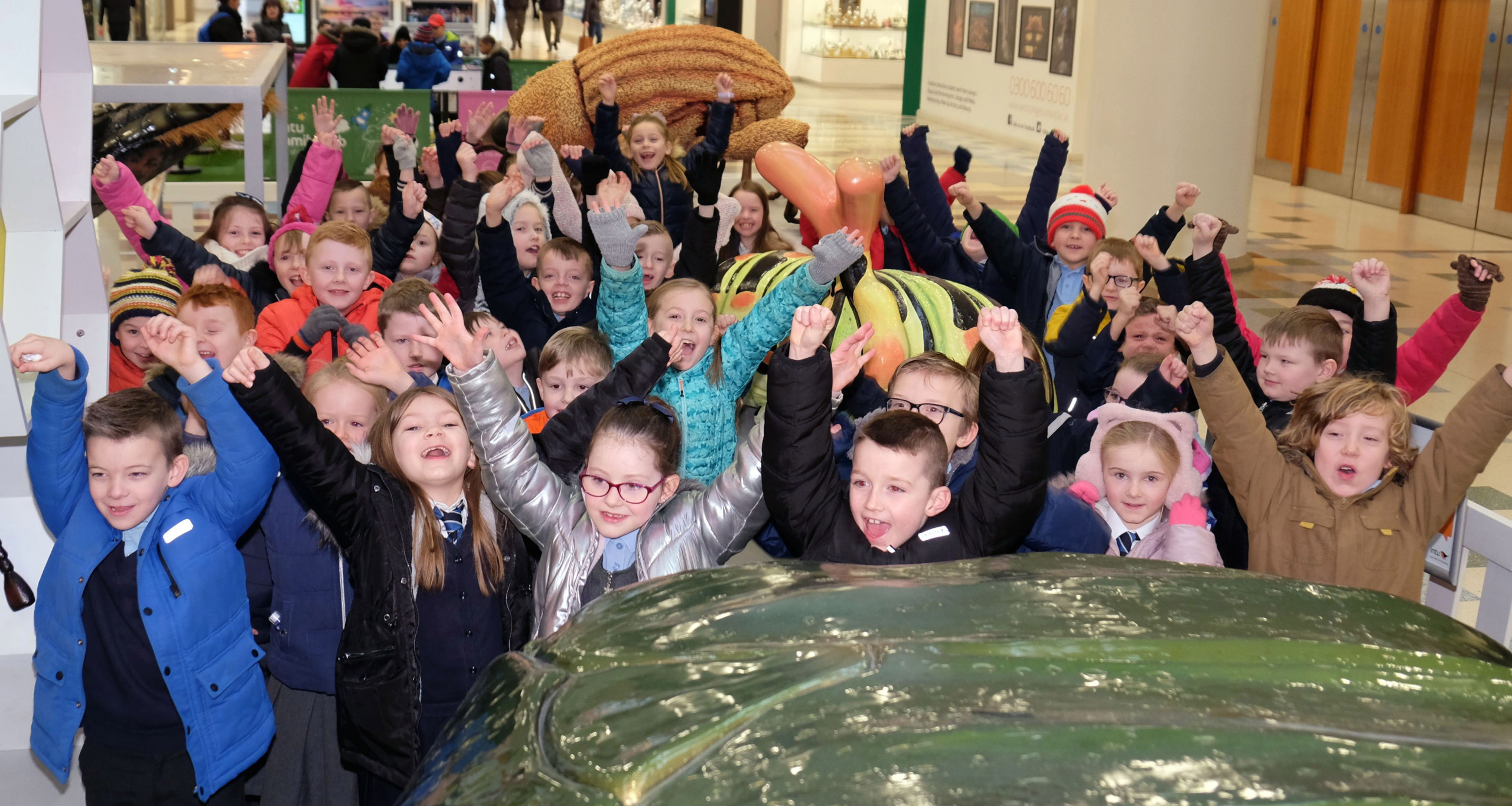 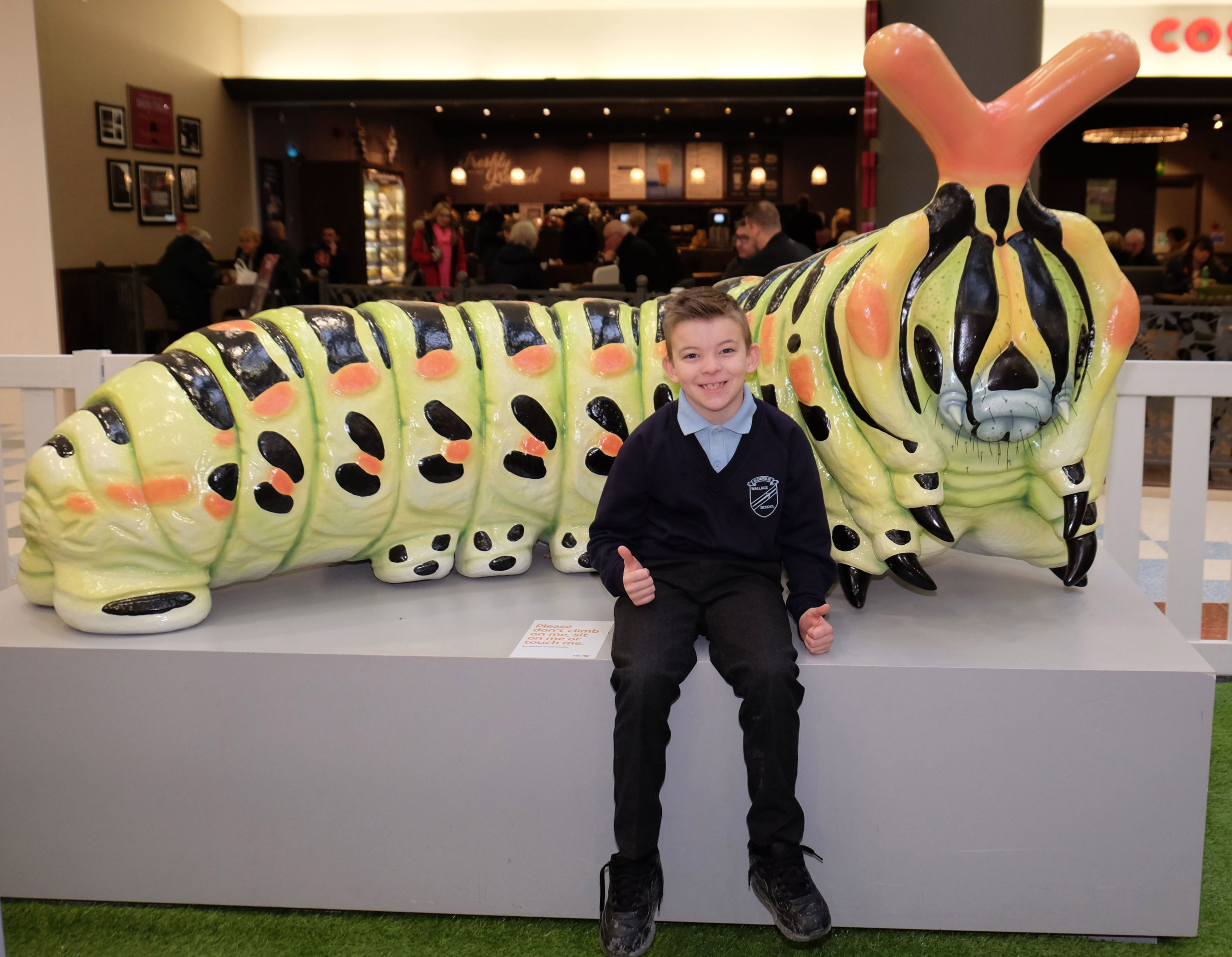 The Big Bugs On Tour was at intu Braehead during January before continuing a nationwide series of visits to other intu shopping centres.

The intu Big Bugs On Tour initiative is backed by naturalist Chris Packham and it aims to reconnect kids and adults to nature following a report that shows children are now better at identifying Pokemon characters than British wildlife.

Wallace Primary teacher, Lynn Stuart said: “The children loved taking part in the competition to design their own insects and they were very creative.”

Lydia Brown, intu Braehead’s community development manager said: “Our Big Bugs were certainly an attraction to visitors to the mall. Lots of people were taking photographs of youngsters beside the giant models of the insects.

“The pupils from Wallace Primary did a fantastic job designing their own insects and well done to Max for being chosen as the winner.”

Log on to www.intu.co.uk/bigbugs for more information on the Big Bugs Tour.