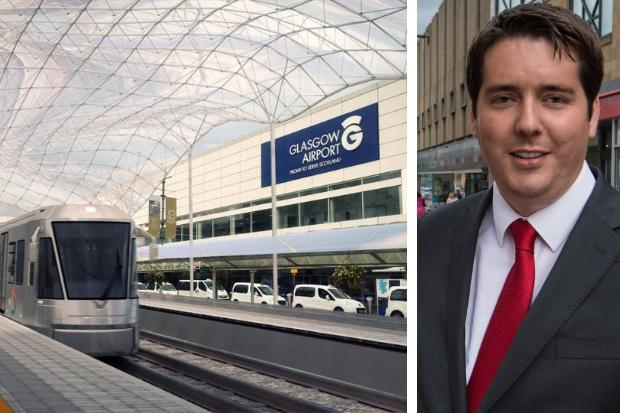 “The SNP have ditched the Glasgow Airport rail link again and this time they’re using their own abject failure to manage capacity on the rail network as an excuse. It is incredible that just one week after voting to urgently progress a tram-train link to the airport, that the SNP are shelving it. Major cities across Europe and around the world have modern, reliable, rail connections to their airports yet delivering a rail link to Glasgow Airport seems to be completely beyond the abilities of the SNP and Transport Scotland – it’s a joke.

“There is the money to deliver this project, there is a business case, there is widespread public support but what this announcement tells us is that there is a total absence of political will from SNP.  Local SNP politicians should explain whether they will be stand by this appalling decision made by their bosses or stand up for Renfrewshire?

“This is a project of huge national and local economic importance. M8 congestion is getting worse and it is a barrier to growth in the Renfrewshire economy and beyond. This is a complete betrayal of Renfrewshire and the West and an utter failure of leadership from the SNP nationally and locally.”