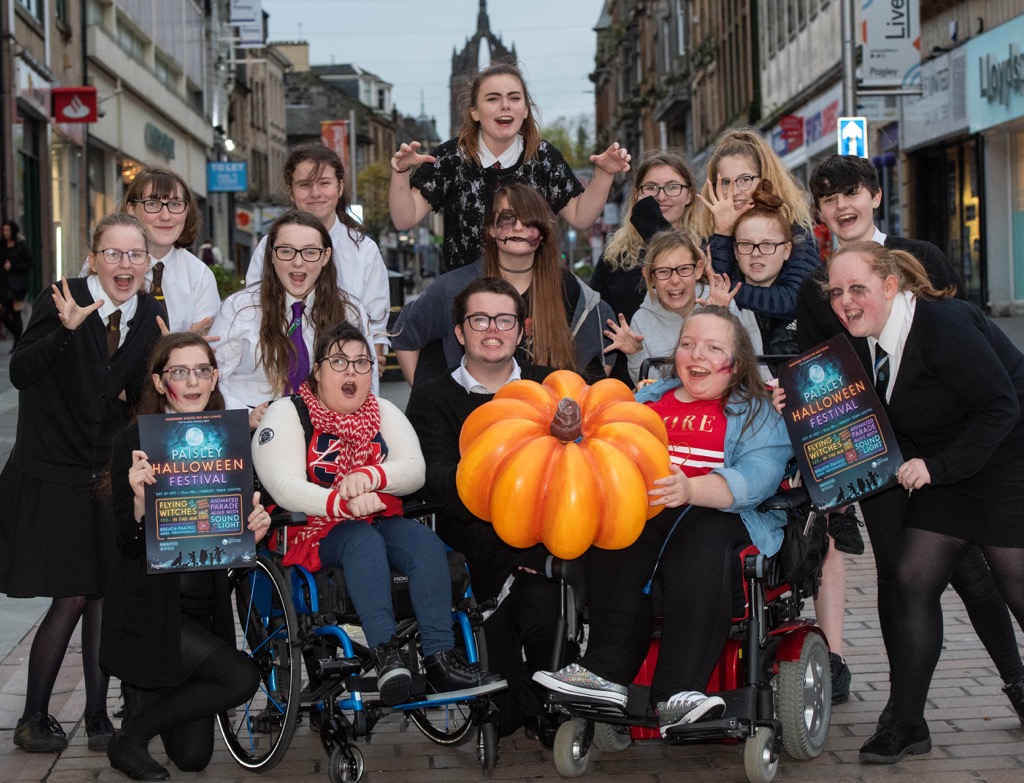 Scotland’s Year of Young People in Renfrewshire has provided the perfect backdrop to showcase the talents of young people in the area through a year-long programme of events and opportunities to get involved, according to Renfrewshire’s specially appointed Children’s Champion for the year, Councillor Michelle Campbell.

The Year of Young People 2018, delivered by the Scottish Government, working in collaboration with VisitScotland, EventScotland, Young Scot, Children in Scotland, Scottish Youth Parliament and YouthLink Scotland, saw thousands of Renfrewshire’s young people get involved in a year-long programme of events across the region. 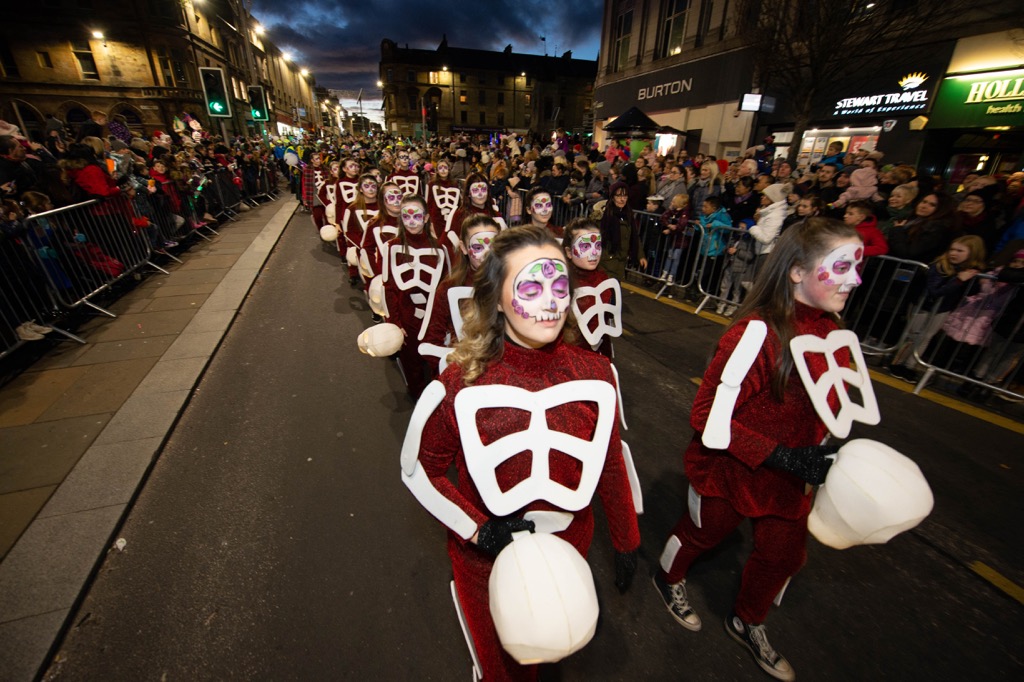 Renfrewshire Council Youth Services has been working with youth work partners and youth groups to deliver activities focussing on the YoYP six themes that young people had identified as most important for them – participation, education, health and wellbeing, equality and discrimination, enterprise and regeneration and culture.

More than 200 young ambassadors were selected from across Scotland to represent their local communities, including ten young people from Renfrewshire. The YoYP Ambassadors and Renfrewshire Youth Voice Groups worked together to raise awareness and promote young people’s participation across the authority.  Several events were successful in securing national funding through the Event Scotland Create18 grants offered as part of the themed-year.  These events included a young writers festival, community fun days, a cheerleading taster session, and positive mental health event.  Renfrewshire Council also awarded local funding to support a series of youth activities throughout the year to help put ideas into action including holiday programmes, pop up cinema, mobile laser quest sessions, Escape Rooms and community-based youth events – all co-designed by local young people. 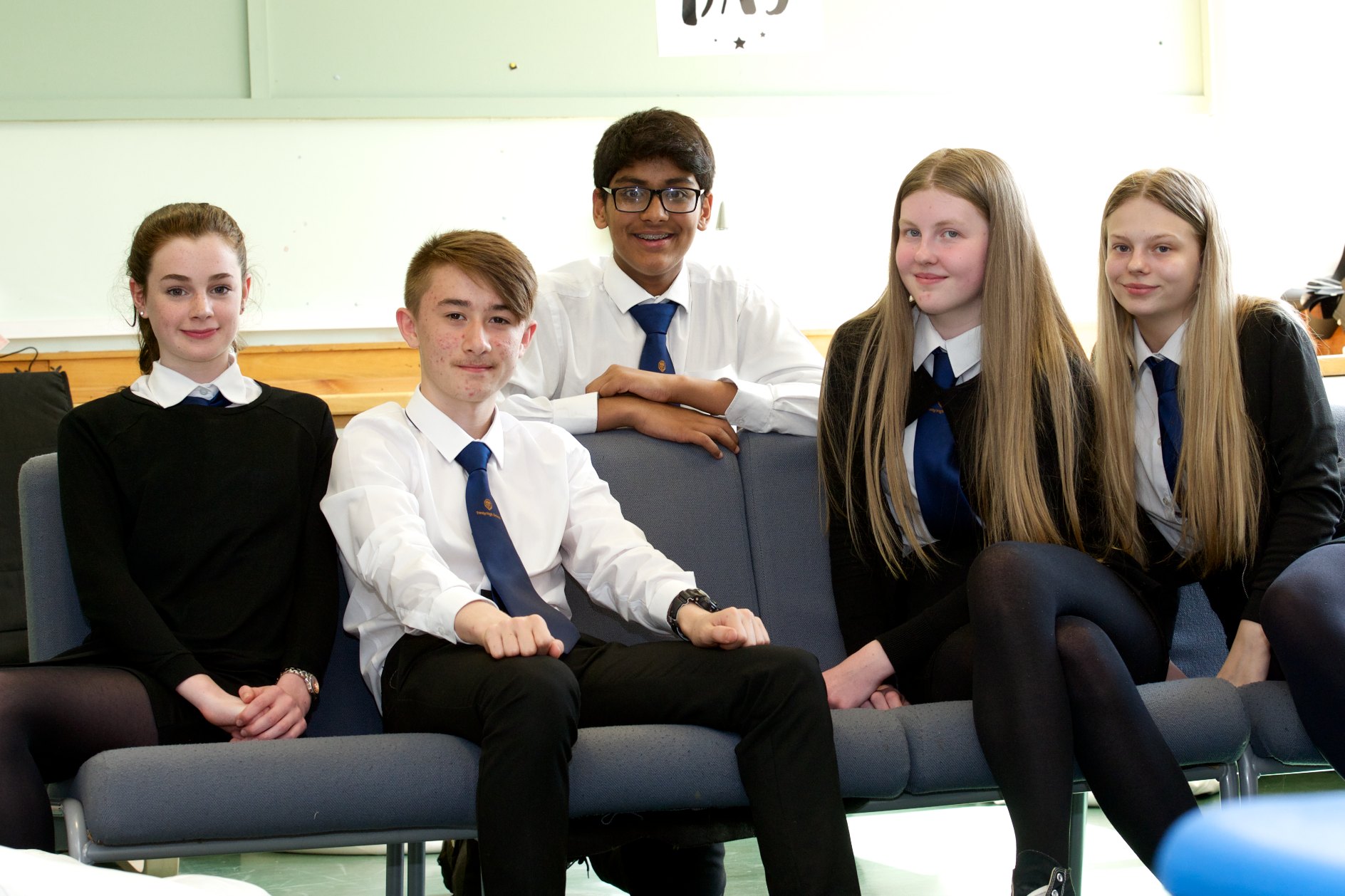 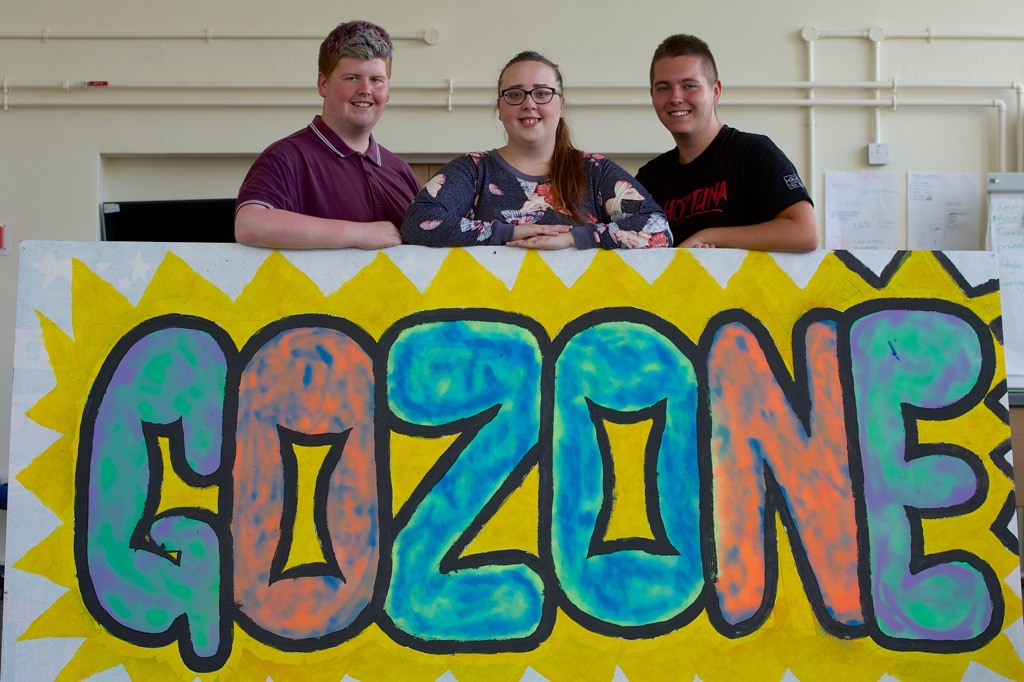 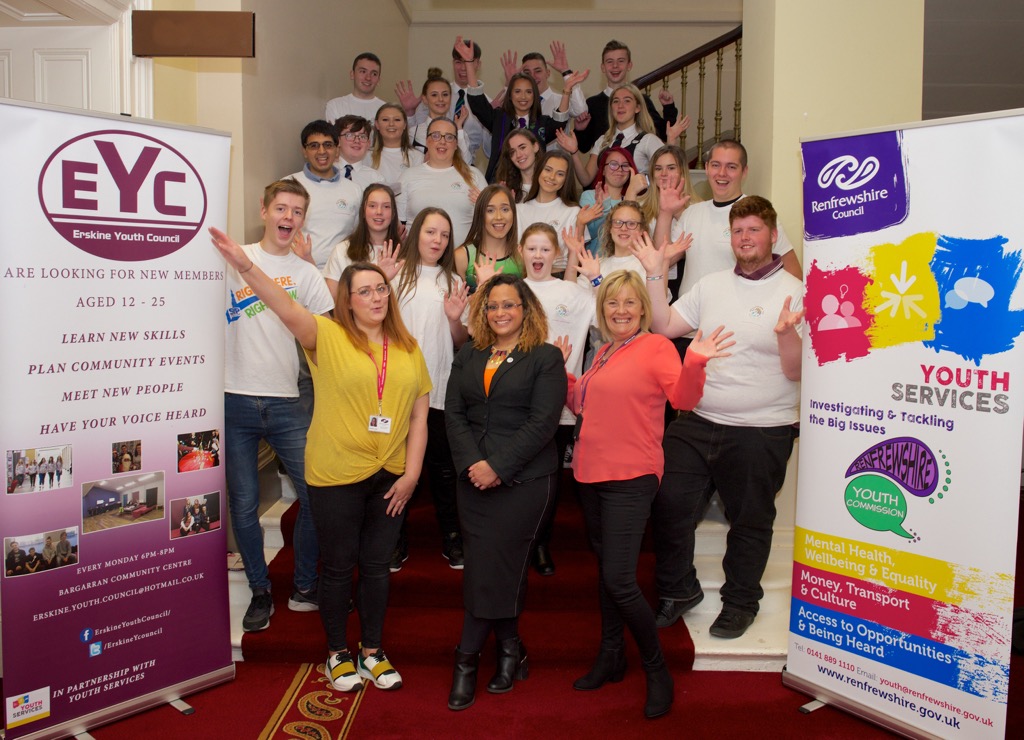 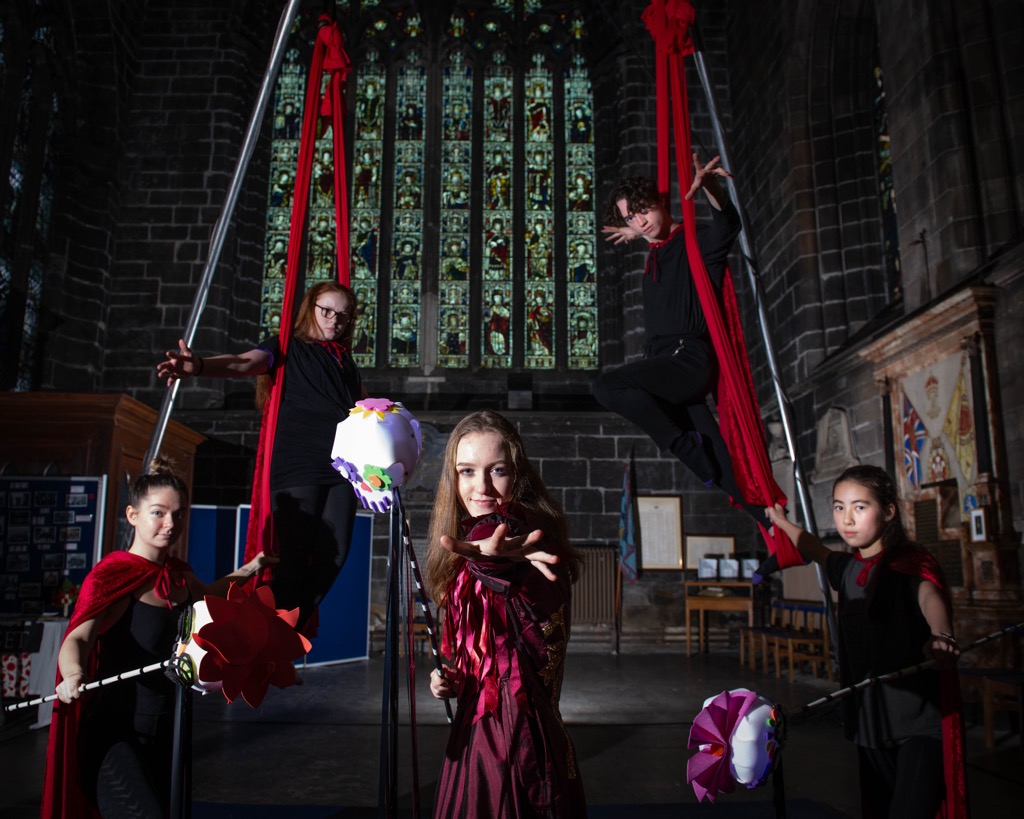 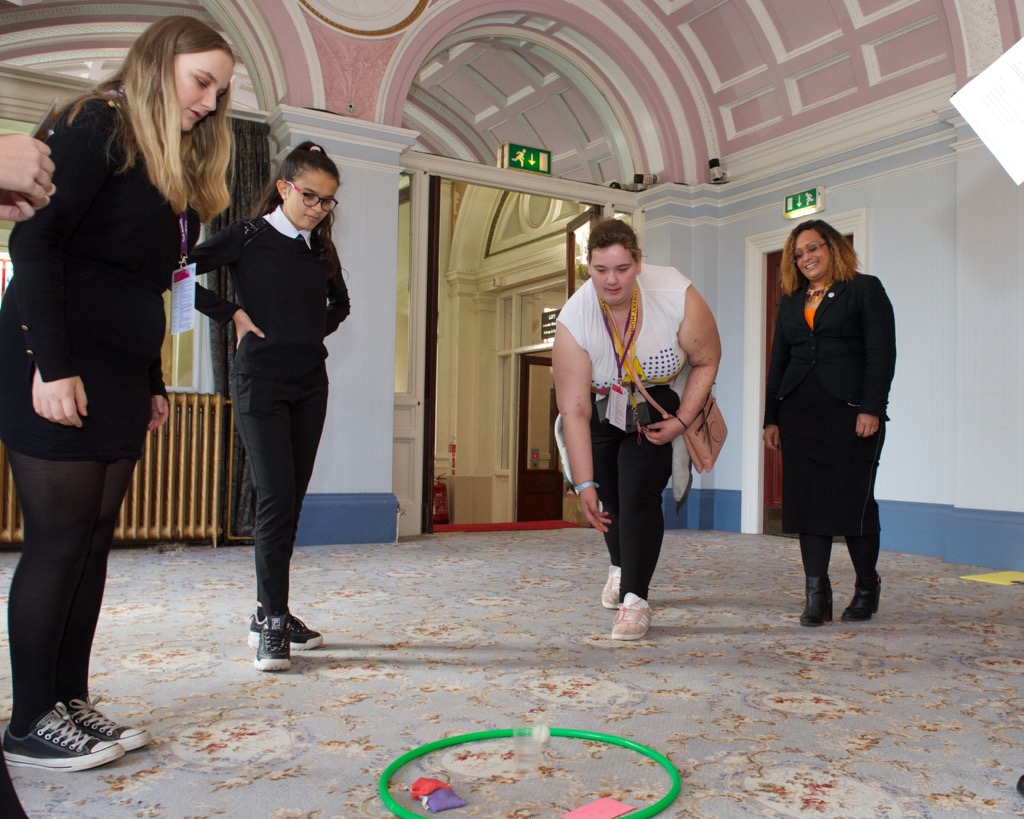 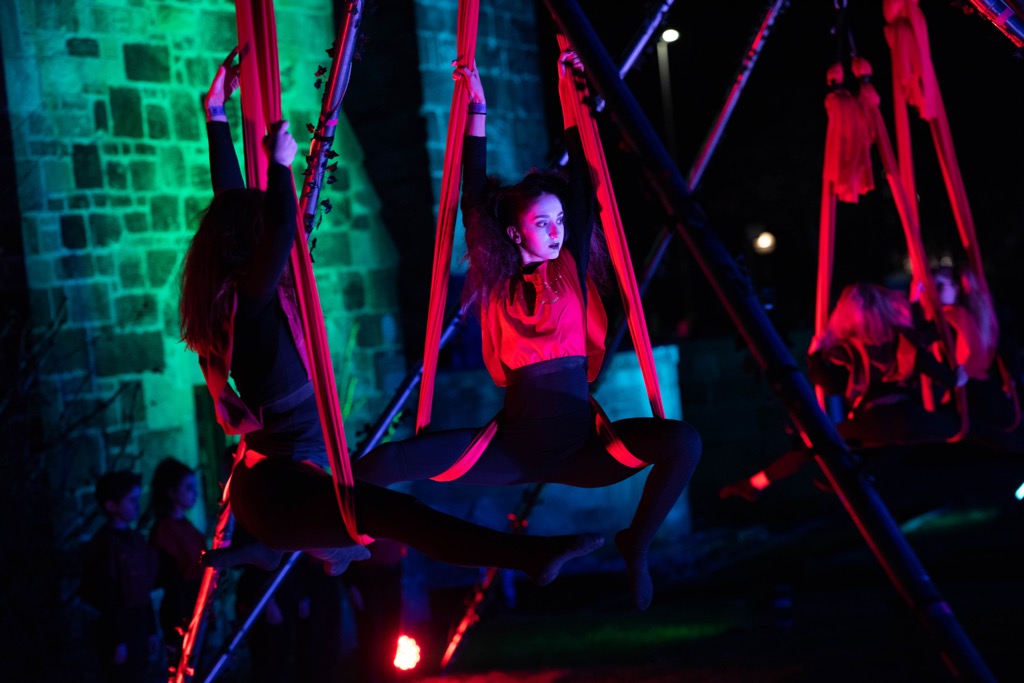 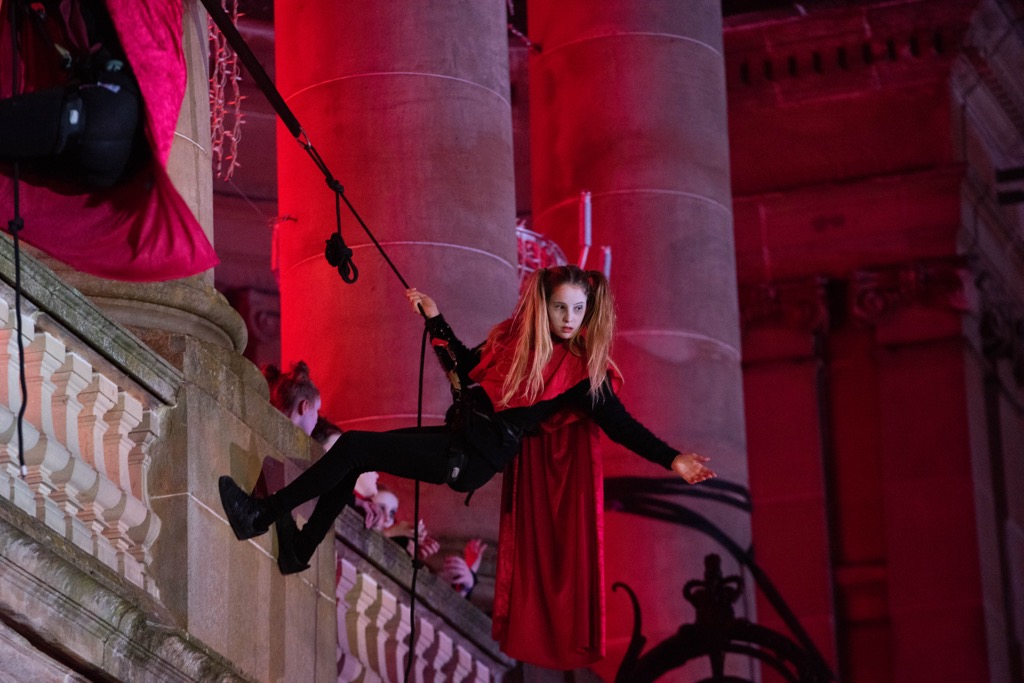 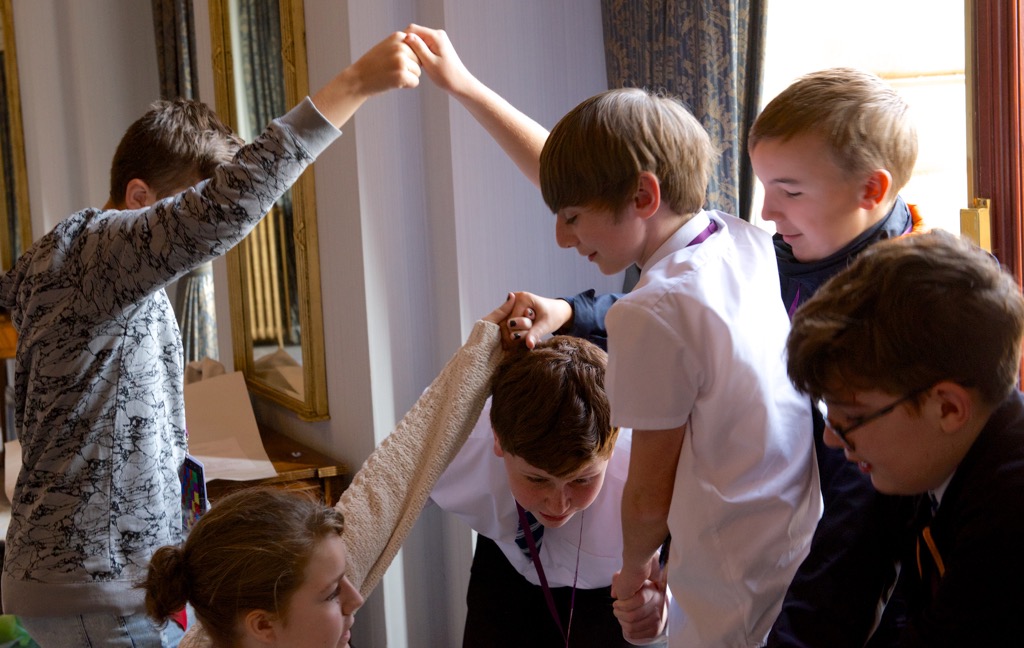 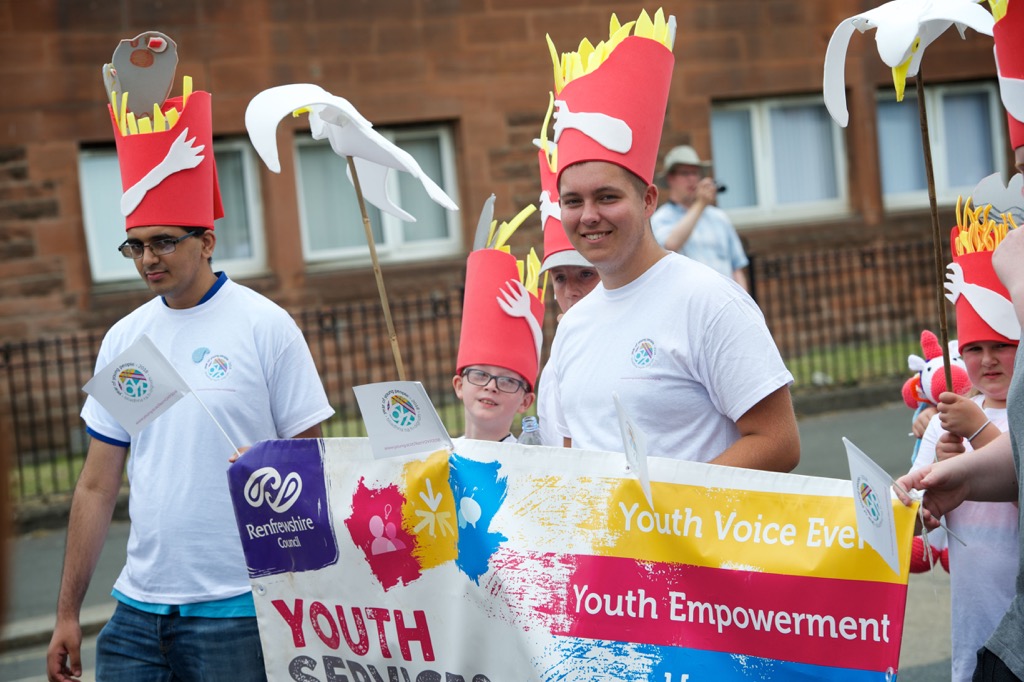 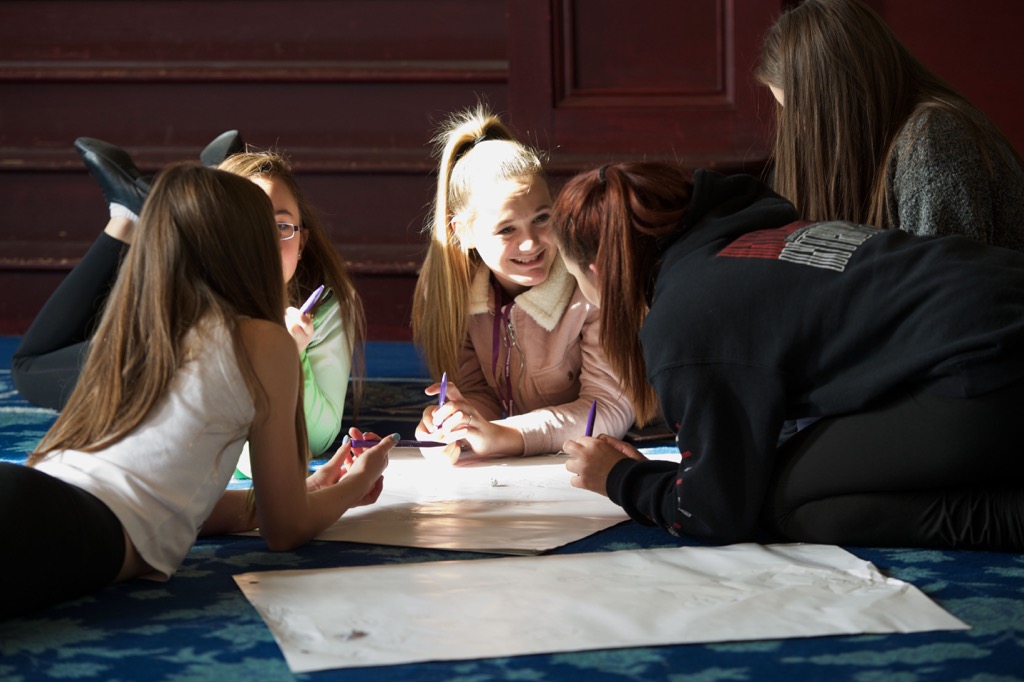 The Halloween Festival signature YoYP project was led by the Renfrewshire Council Events team in conjunction with Renfrewshire Youth Services, attracting more than 34,000 people to the area in October. The event involved more than 700 local young people who had the opportunity to help shape the programme for the event and took part in the parade, aerial displays and also gained valuable work experience by working as part of the council’s events team, and with artists, and youth workers.

A lasting legacy of this partnership working across Renfrewshire is increasing young people’s involvement in the existing Renfrewshire events programme, including Sma’ Shot Day. This included working to make events accessible to wider youth participation, including working to reduce barriers to participation by making tickets and transport to events available to targeted groups. Around 3,600 young people engaged in Renfrewshire’s events throughout the year. The formation of a Youth Events Panel will work into 2019 to continue the involvement of young people shaping and creating youth friendly events in the future.

Councillor Michelle Campbell was selected as Renfrewshire’s Year of Young People Champion and has been attending a range of events across Renfrewshire throughout the year.

“I was delighted to be appointed as the Council’s ambassador for young people during this specially themed year and I’ve been privileged to spend a lot of time meeting and listening to young people from across Renfrewshire over the last year. It’s delivered a real shift in welcoming young people to not just share their views, but also to include them in decision making and planning so they help inform our policies going forward.

“The Year of Young People gave our local young people a chance to really showcase their ideas and talents and to celebrate their achievements throughout the year and it’s been fantastic to see all the opportunities they’ve been able to take up as part of our events programme.

“Young people have a key role in their own education and we can continue to work to support that through the networks that have developed as a legacy of the Year of Young People 2018.”

Renfrewshire Youth Voice celebrated the end of the YoYP with their Positive About Youth Awards, which was a celebration of young people’s contribution to their peers and communities.

“2018 gave us an opportunity for young people and youth work to be valued and listened to. Our Youth Assembly this year gave young people a platform to speak out on matters that we think are important.

“RYV will continue the theme of “Participation” into 2019 – Look out we’ve got more plans coming to Renfrewshire to keep us on the map.”

The Young Scot Renfrewshire portal hosted digital content created and curated by young people during the YoYP campaign. This will remain as a space to host films, photographs, blogs and reviews by young people and allow a wider youth audience to participate and engage with youth events in 2019 and for the years to come.

Around 34,000 people flocked to Paisley for the Halloween Festival in October, celebrating the town’s witchcraft past.

The festival, supported by the Year of Young People 2018 and EventScotland, was significantly enhanced for the themed year with a full town centre takeover.

Young people were at the heart of the festival’s development, with a 28-strong Youth Events Panel working alongside Renfrewshire Council’s Events Team and Youth Services to design and deliver the programme, while more than 700 took part in a new creative learning programme. This offered the opportunity to participate in all aspects of festival delivery from performance to live event management and technical production.

The Youth Events Panel involved young people from across Renfrewshire with differing needs which ensured a diversity of voices in the event’s creation and helped act as a driving force that shaped, developed and delivered the event activities.

Throughout the programme, the young people were supported to learn new skills and make new connections that will prove invaluable.

One of the young people involved in the aerial performance, Patrick Doherty, said he enjoyed having his creative ideas listened to in an open and fun environment.

“My personal challenge was meeting new people and working in a group with people I didn’t know, but I was able to overcome this and really enjoyed the experience.”

Andi Brogan, who was also part of the aerial performance, enjoyed learning a new skill and being able to network with aerial dance theatre company, All or Nothing.

“As someone who wants to be a professional dance artist, this was an invaluable experience.”

“Being involved in Halloween allowed me to have a completely new experience. I’ve made new friends and been able to socialise, which has increased my confidence.”

“To have so many of our young people at the heart of the festival’s planning and staging as co-creators made it extra special and we have been delighted to have delivered such a major event in partnership with Event Scotland.

“Our high profile, high impact, ambitious Halloween Festival working with leading creative partners All or Nothing, Bridgeman Arts and 21CC, ensured our children and young people’s skills, talents and diversity shone on a local and national stage.

“Thank you to all the young people who were involved in making this year’s event such a huge success.”