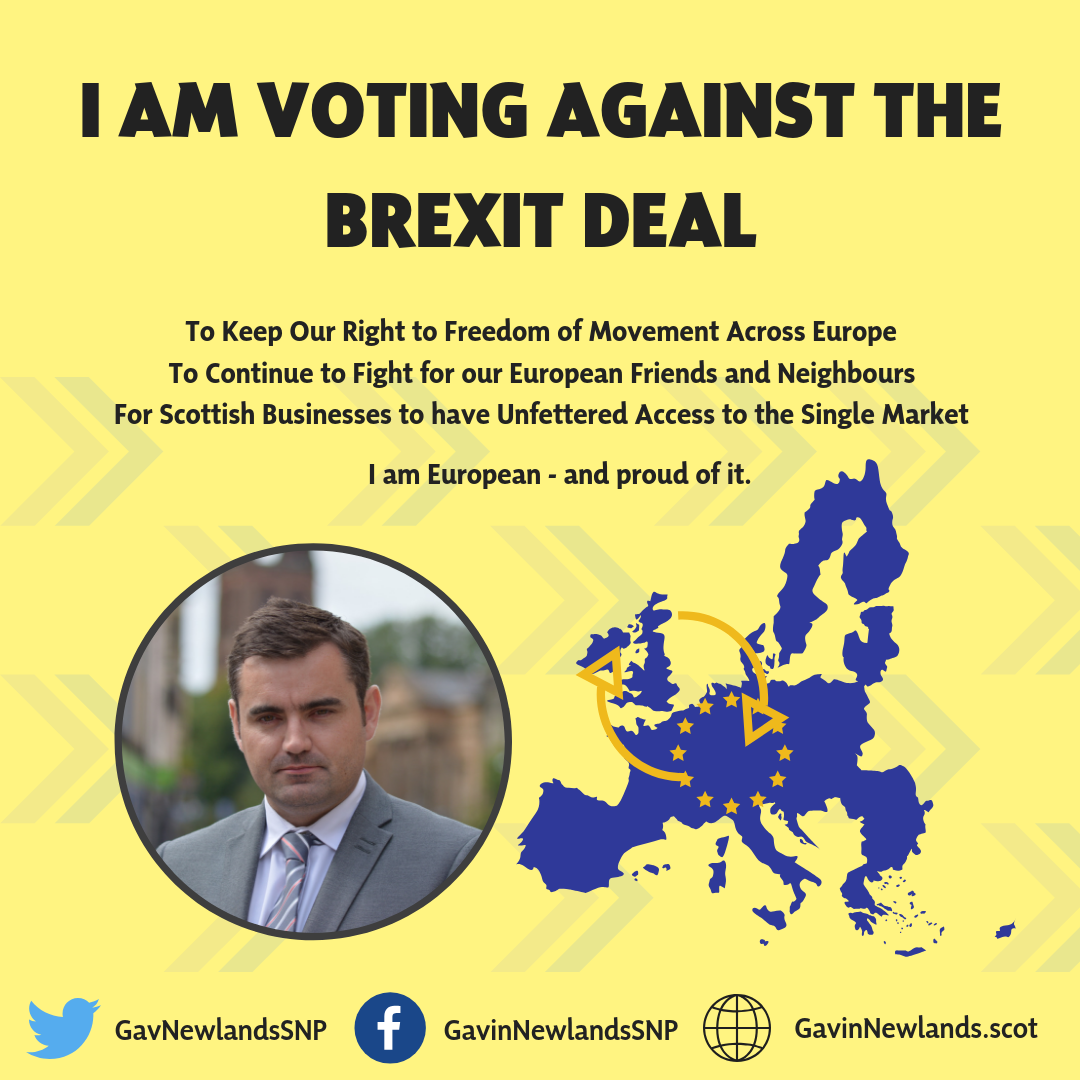 Gavin Newlands, SNP MP for Paisley and Renfrewshire North, has criticised the UK Government for failing to finalise almost all of the trade deals needed to fill the vacuum that will be left by the EU’s 40 existing agreements with leading global economies, and has pointed out that they will still have made no further progress when a No-Deal Brexit is due to occur in March, according to a leak from Whitehall.

The UK has failed to finalise most of the trade deals needed to replace the EU’s 40 existing agreements with leading global economies, and will not be close to doing so when Brexit is due to occur in March, according to a Whitehall leak.

In 2017 Liam Fox, Secretary of State for International Trade, confidently declared that trade deals would be finalised “one second” after Brexit, and coming to a trade agreement with the EU would be “the easiest in history”.

But reports in the Financial Times say that, two years later, almost none of the 40 trade deals needed to replace existing agreements with the EU have been finalised, adding to economic risks the UK will face if it leaves the EU with no deal.

“We were told that Brexit would mean ‘global Britain’ and that the UK would have trade deals ready to go. This is yet another example of a Westminster government failing to meet their ambitions and keep their promises.

“We may soon crash out of the EU without a deal, but what makes this even worse is that we may not have any deals at all.

“The Tories are about to rip us out of the world’s largest single market, eight times larger than the UK’s economy, and are providing nothing to replace it. Scotland did not vote for Brexit, and it is becoming increasingly clear every day that our interests would be better protected by being an independent nation.”