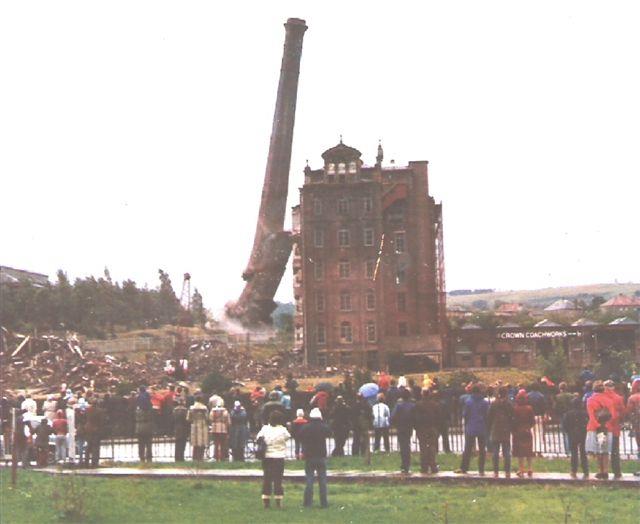 This is the reason I (Brian McGuire) started this website up, my grandpa (papa bottom right of photograph) worked as a fireman in Ferguslie Mills as seen below with his fellow firemen, If you recognise anyone in the picture (I know some will) then please tag this post if you see this on Facebook. 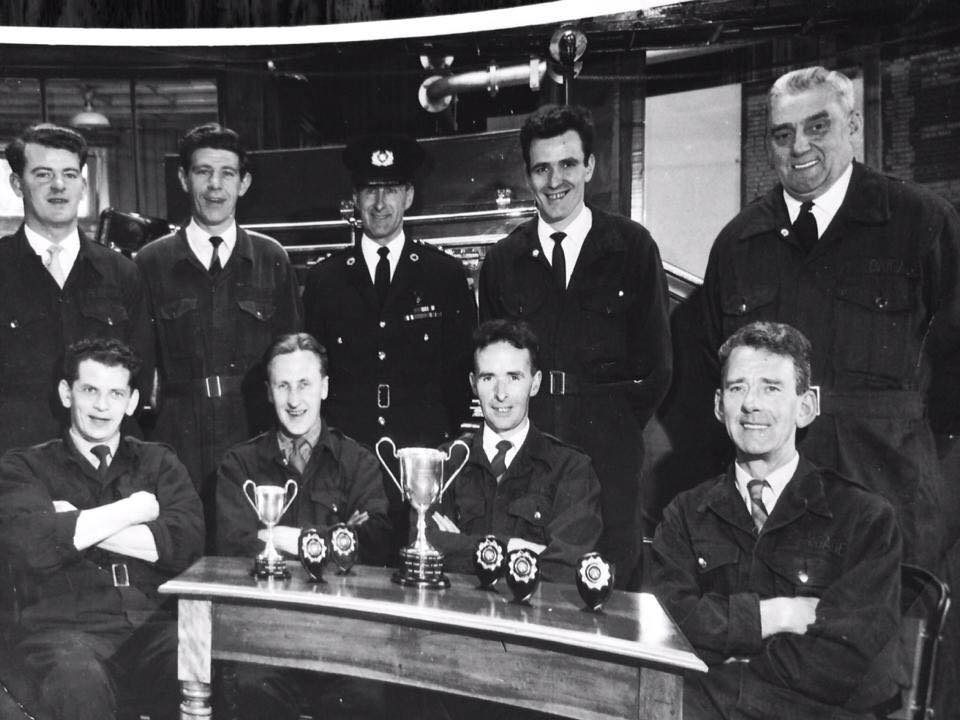 I was just young not even a teenager and I didn’t think it was all that important and playing out with friends was much more important, I wish I realised now what I do now and the importance of buildings and peoples emotional attachment to them actually felt like. I understand now and have an emotional attachment to the likes of a few buildings in Paisley and outwith the town apart from my schools of course, I say that with some sarcasm of course.

One of Paisleys tallest landmarks was spectacularly felled 33 years ago today, on the 19th September, 1983. Ferguslie Mill Chimney was the second last tall chimneys in the town, leaving only the Category B listed Chimney at the former Mile End Mill in the East End as a reminder of these magnificent structures. (the following is from Paisley Oor Wee Toon on Facebook, a great resource for history buffs).

When I was a bit older and wiser I realised Paisley had lost its beating heart, the mills, Chrysler etc and was suffering and so were the people. I have since 1998 took it upon myself and with the help of some amazing volunteers strived to promote Paisley in a positive light giving justice to the town my Gran and Papa grew up and then worked and raised a family in. I must do it justice and also this is very important to me, my papa was a gentleman whilst I could never reach his standard I must try my best every day.

This website is my testament to my papa and me not turning up and feeling so guilty of him missing such an important date in the fate of the town.

So to my papa Black (an ancestor of the famous Black coal merchants), I hope I do him justice and he will never be forgotten just like the countless men and women who worked in the Paisley’s mill industry and supporting industries should never be forgotten.

Glasgow News? Daily Updates part of our network
Hundreds team up to make it a Spotless September in Renfrewshire