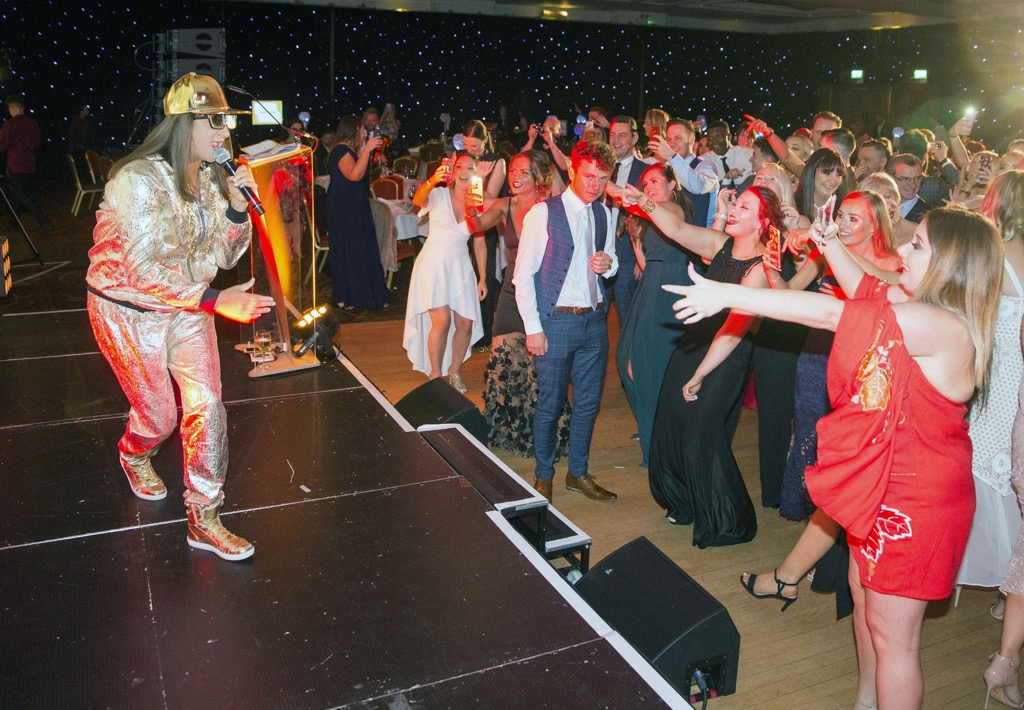 GUESTS at the intu Braehead retailer awards bash were mall shook up when X-Factor star Honey G suddenly appeared to entertain them.

The rapper’s surprise appearance was kept a closely-guarded secret all night at the glitzy awards ceremony held in the Hilton Glasgow hotel.

And when host for the night, Britain’s Got Talent Star, Edward Reid announced Honey G – who was mentored by Sharon Osbourne in the 2016 series of X-Factor – the dancefloor was filled to hear her perform.

Honey G rapped her way through a set of songs with the type of performance that kept her on the TV talent show for nine weeks. 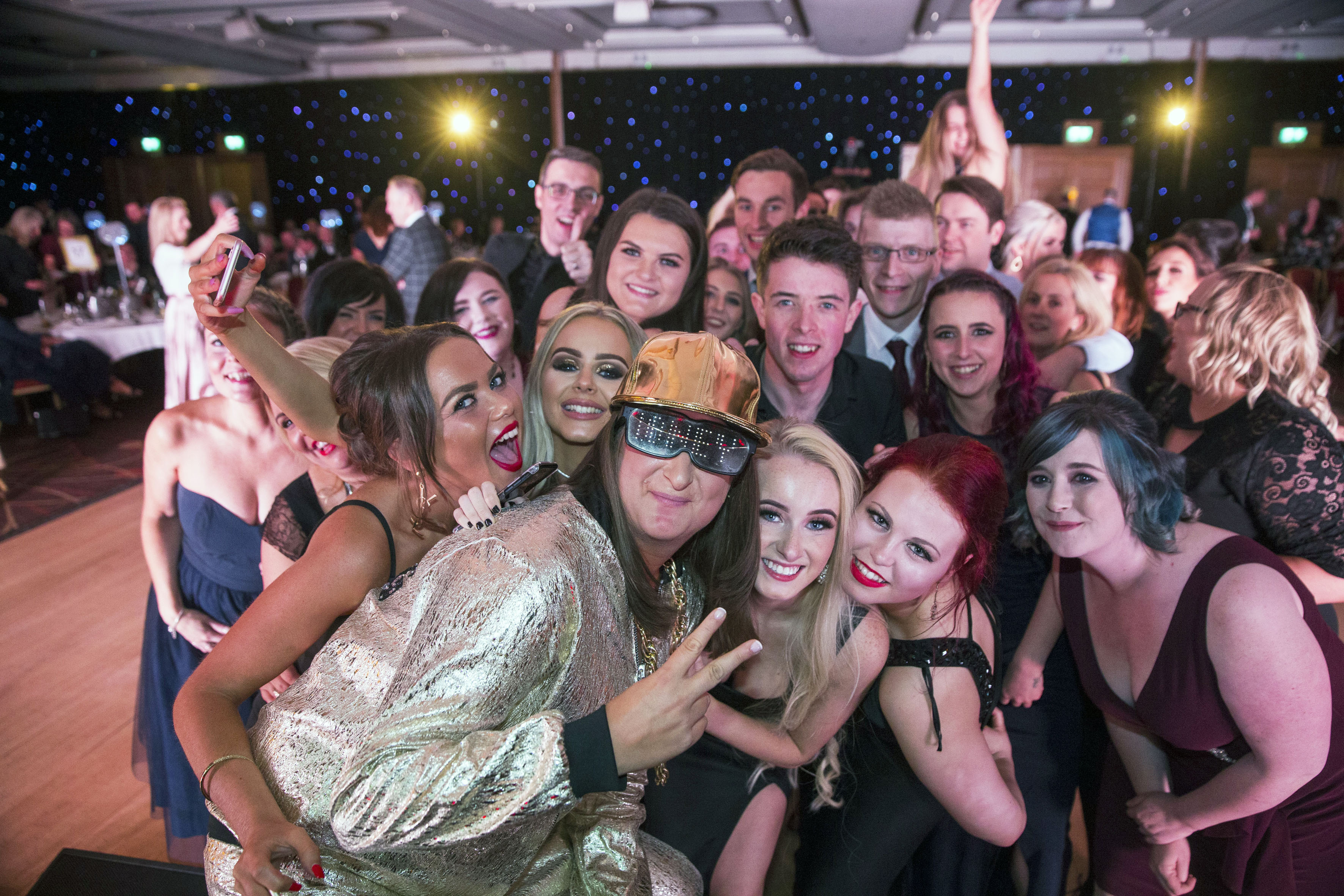 Hundreds of staff from the stores and leisure attractions at intu Braehead attended the event with most of the awards being won after thousands of votes were cast by the public.

Marketing manager for intu Braehead, David Lyon said: “It’s become a bit of a tradition that we spring a surprise or two at our annual retailer awards. 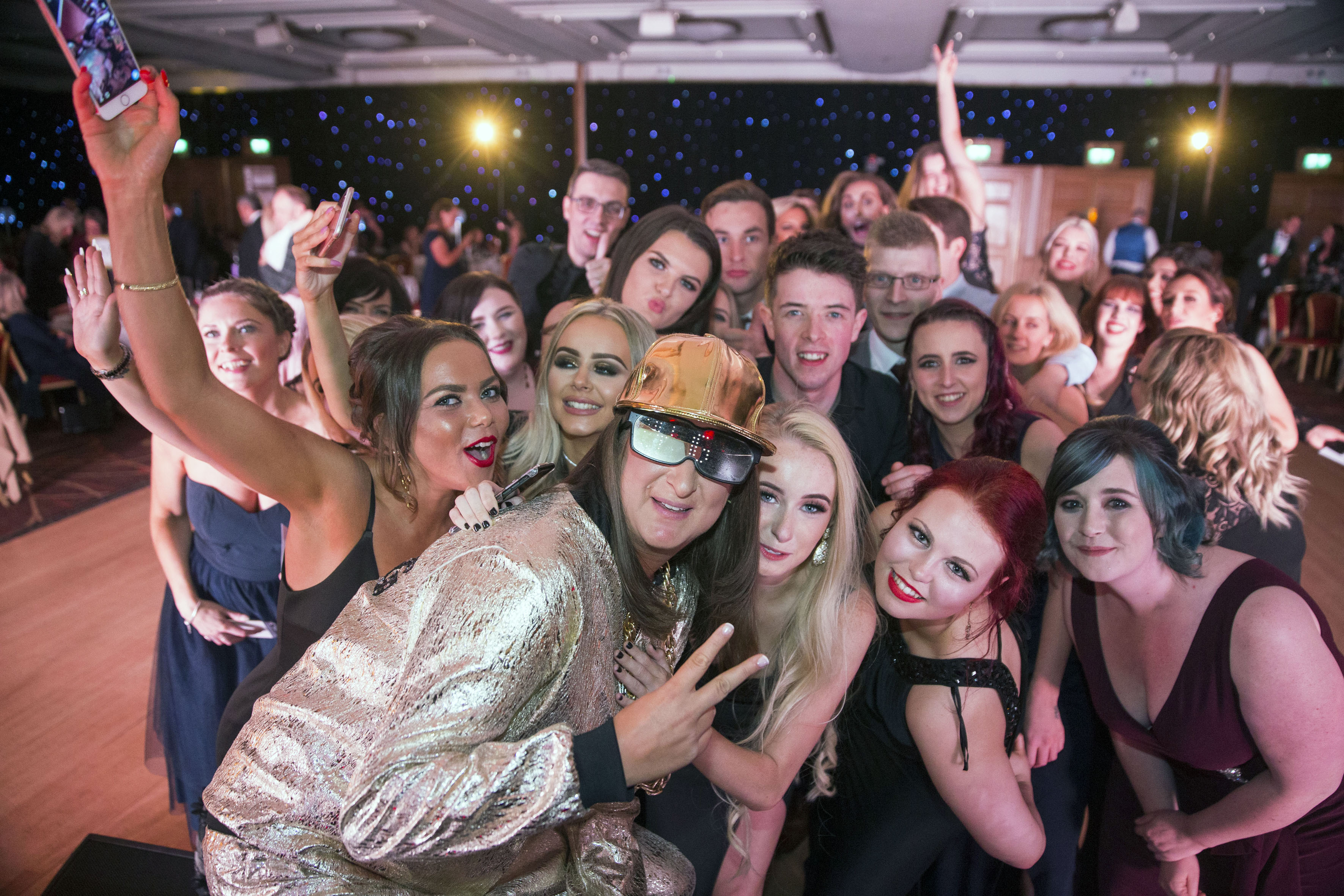 “Honey G certainly did the trick with our guests this year and she seems to be as popular as ever considering the amount of people wanting to get a selfie with her.”

David added: “We stage our awards to give shoppers the chance to choose their favourite retail stores and leisure operators. The awards also recognise the fantastic shops, leisure attractions and their staff we have at intu Braehead.”