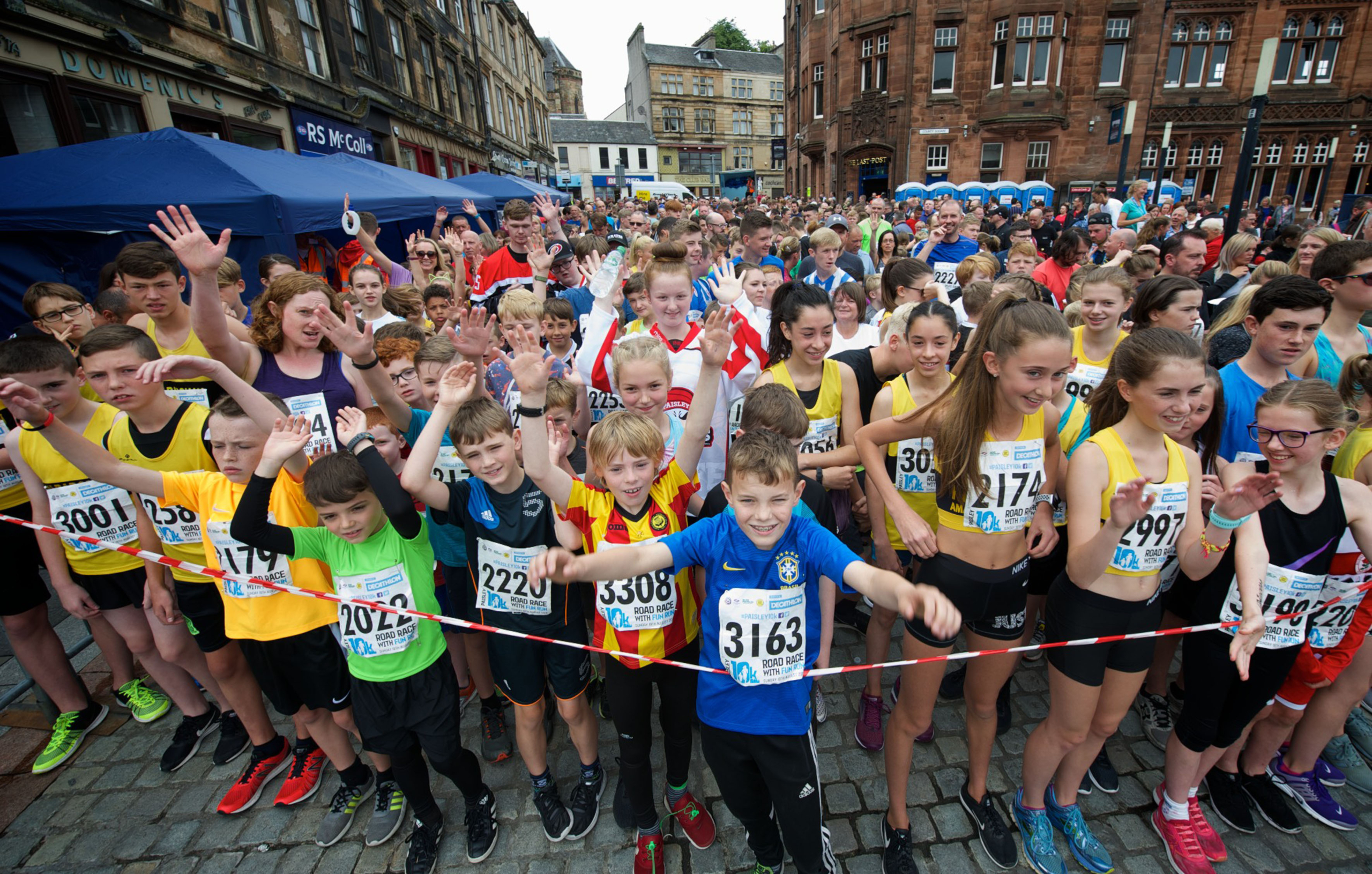 THOUSANDS took to the streets of Paisley yesterday (Sunday, August 19) for the town’s annual 10k Road Race and Fun Run. 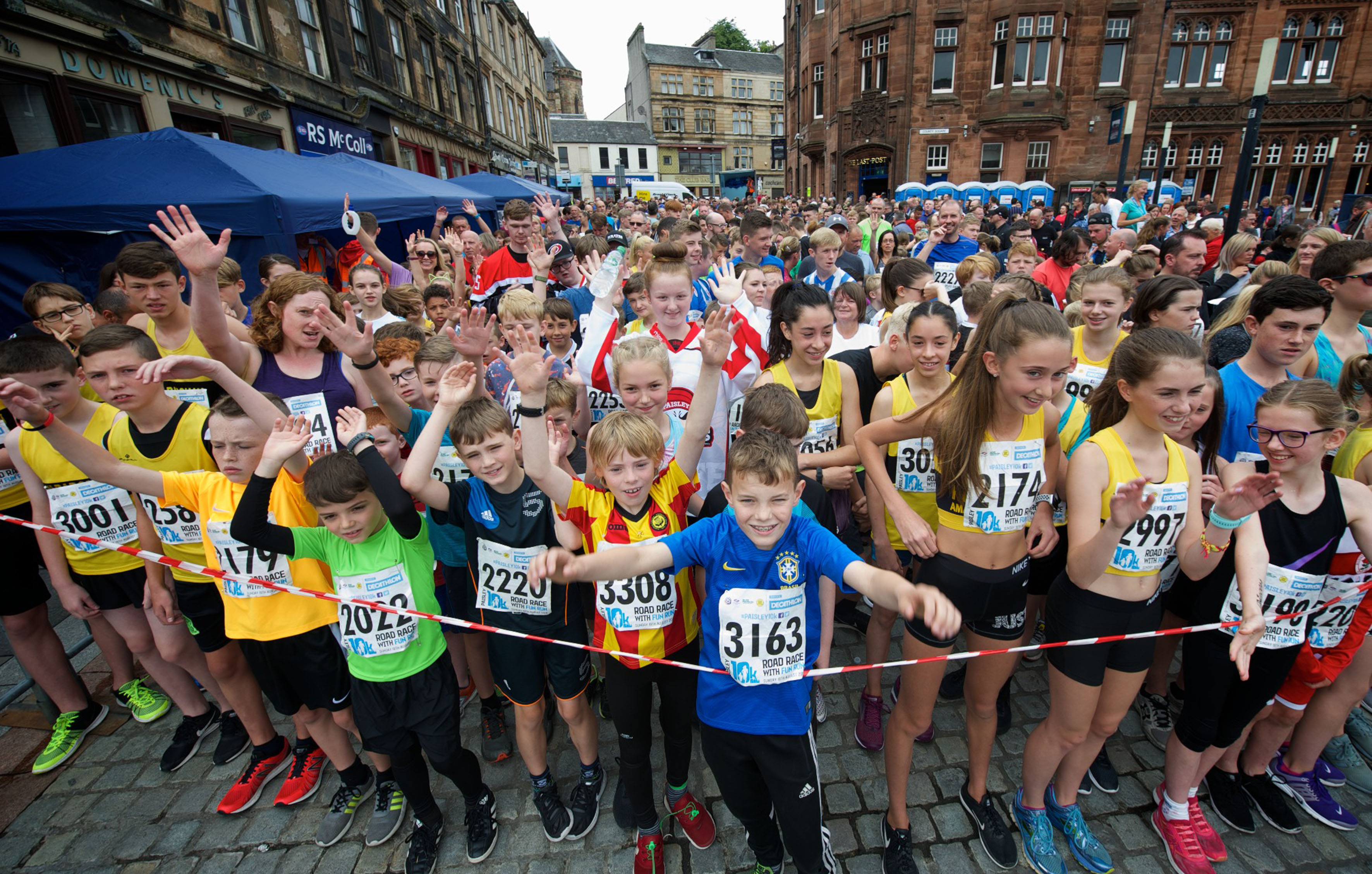 A total of 3493 runners took part in the two events, organised by Renfrewshire Leisure.
From serious athletes to fun runners in fancy dress, they pounded the streets around the town.

Both the Paisley 10k and fun run was sponsored by sports and outdoors retailer, Decathlon and 2133 people took part in the 10k Race and 1360 in the Fun Run. 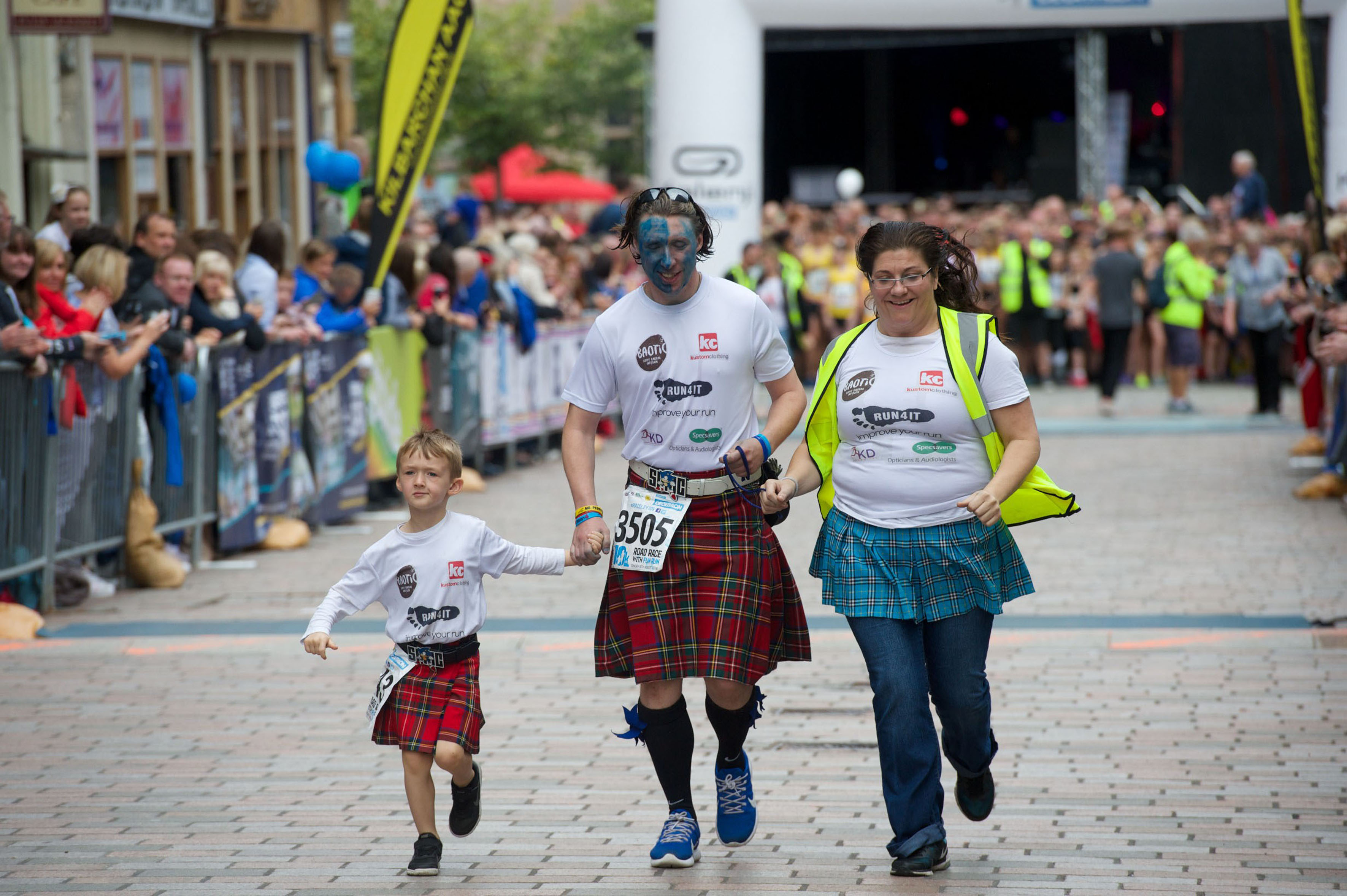 And for the third year the official charity partner was Macmillan Cancer Support.
Many of the fun runners were also sponsored to raise much-needed funds for local charities, clubs and good causes with several entire football teams of youngsters taking part.

This year’s Paisley 10k race had £2320 of prize money and trophies were presented to fun runners, with prizes for the first three boys and girls from primary and secondary schools over the finishing line. 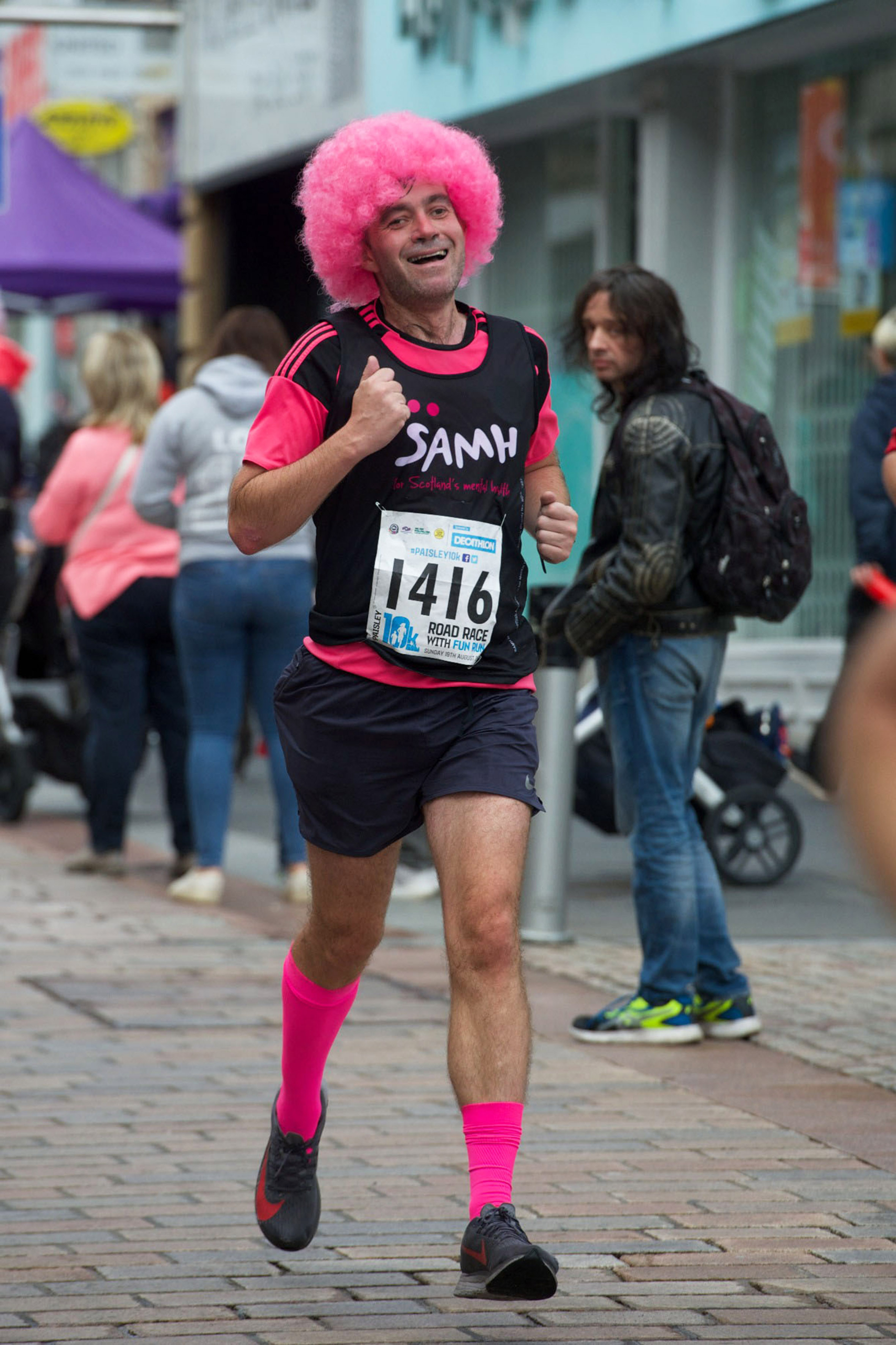 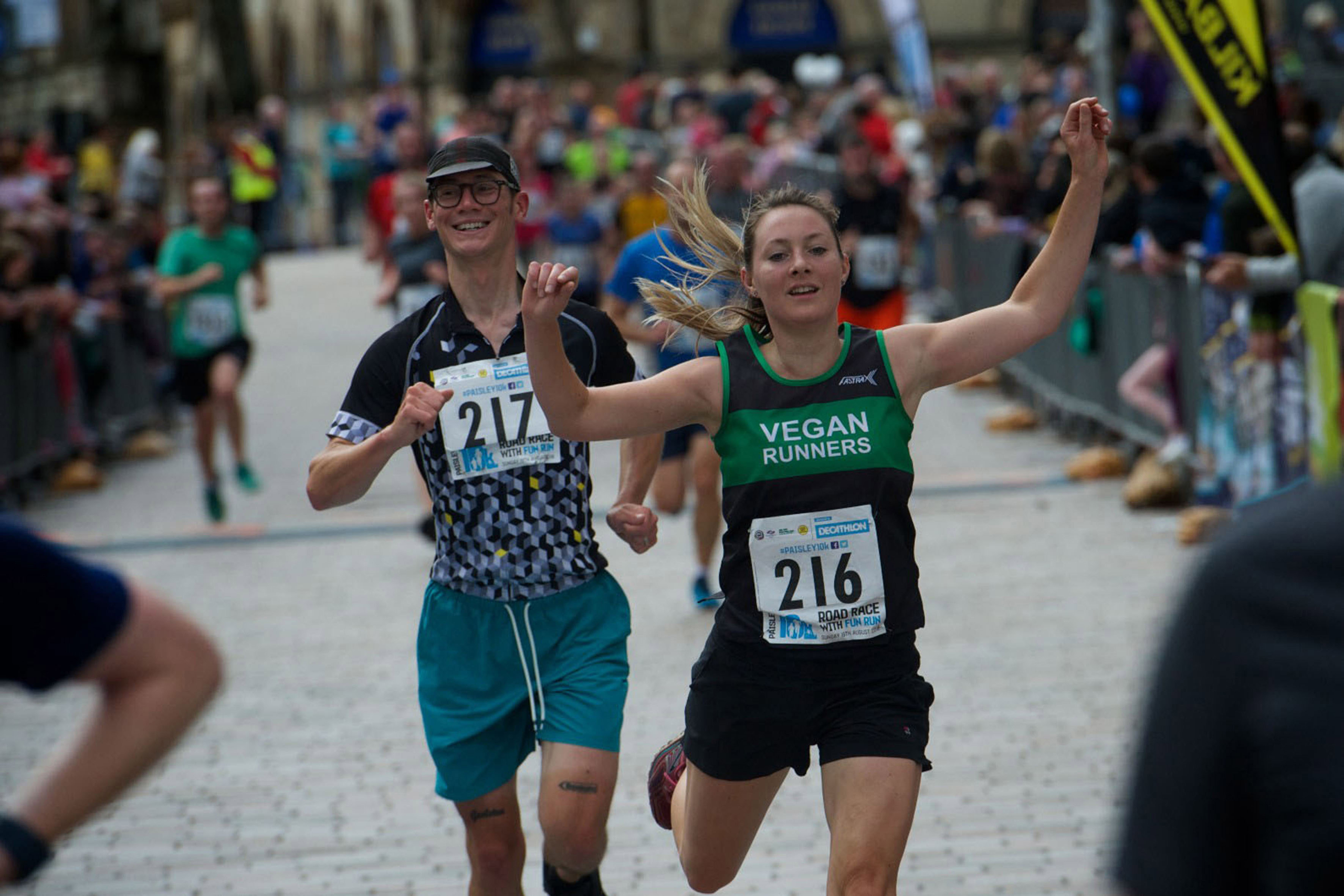 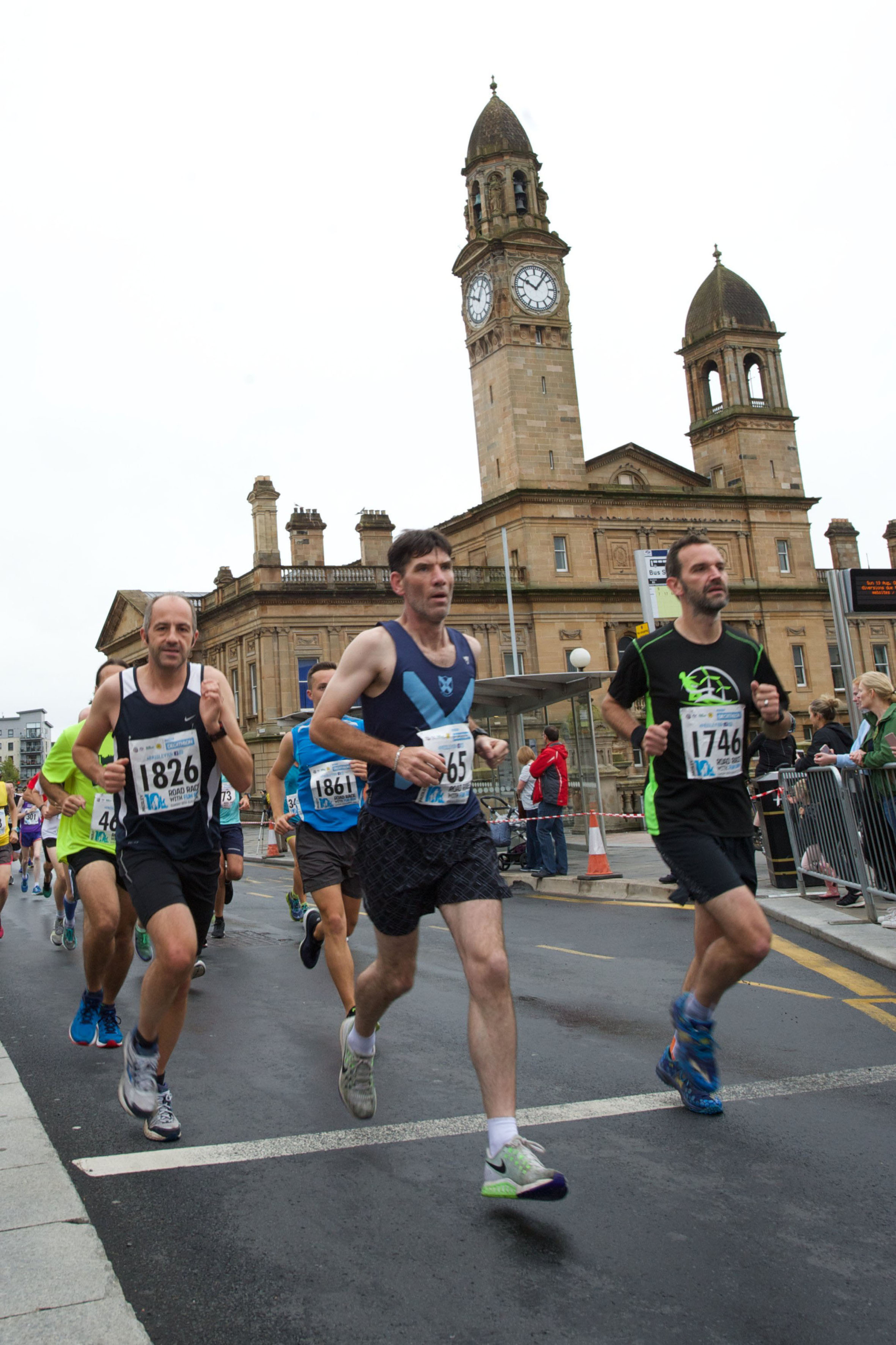 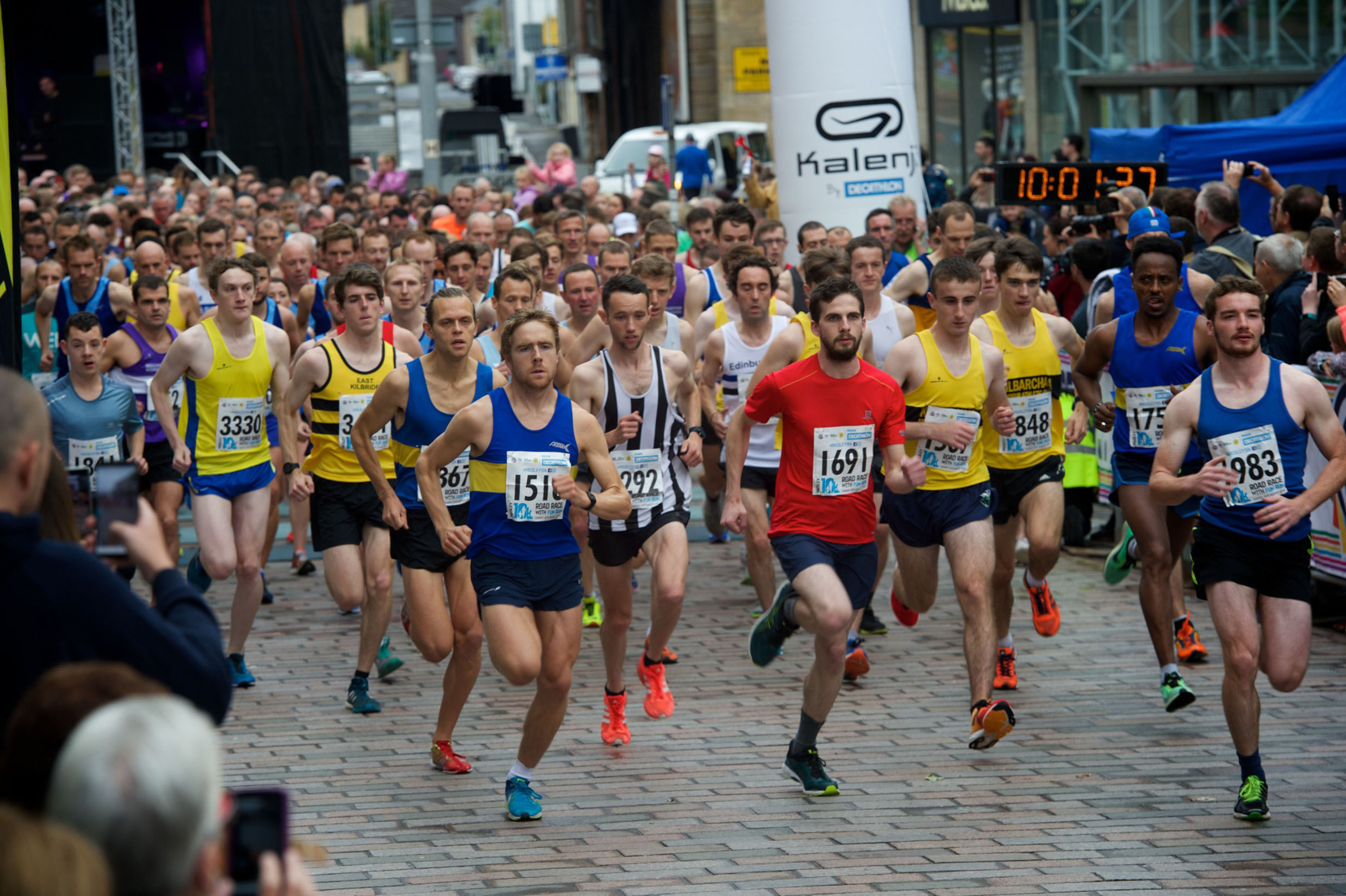 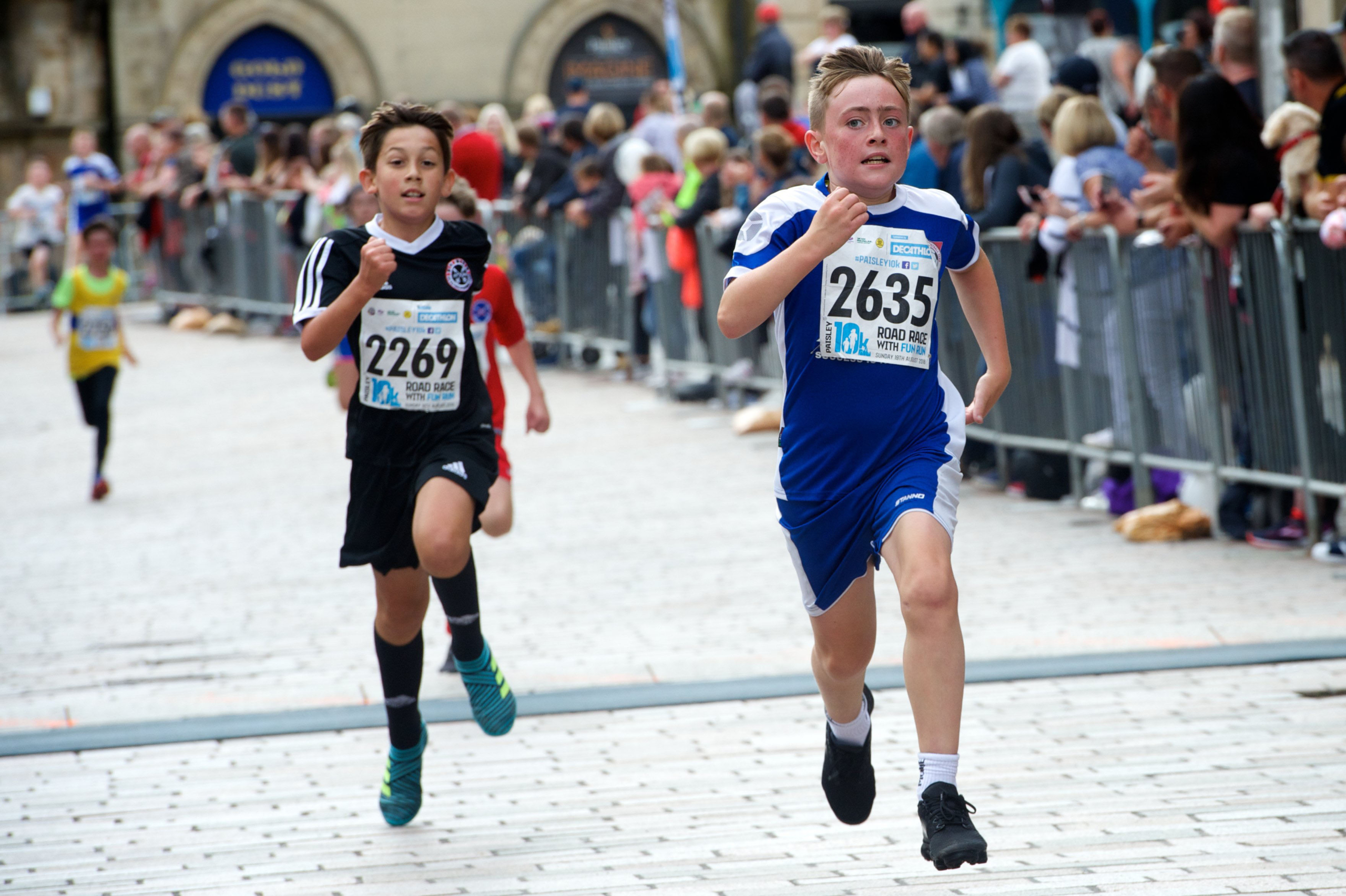 Chief executive of Renfrewshire Leisure, Joyce McKellar said: “The Paisley 10k and Fun Run has grown incredibly over the years and the big race attracts a high calibre of athlete.

“It’s a fantastic sight to see so many people enjoying the Fun Run with young children and their families taking part. It’s also a great way for sports clubs to raise vital funds and lots of youth football teams take part with the youngsters kitted out in their football strips.”

Fiona Naylor, Renfrewshire Leisure’s head of Finance and Corporate Services added: “The is event really puts Paisley on the map for athletes who want to compete in road races.

“We now have a reputation for organising a really good event and both the 10k and Fun Run attracts thousands of people taking part as well as spectators supporting the runners as they make their way round the town.

“When it comes to organising the event, it’s more like a marathon for our staff  – who did a fantastic job – as there are many months of planning involved.”