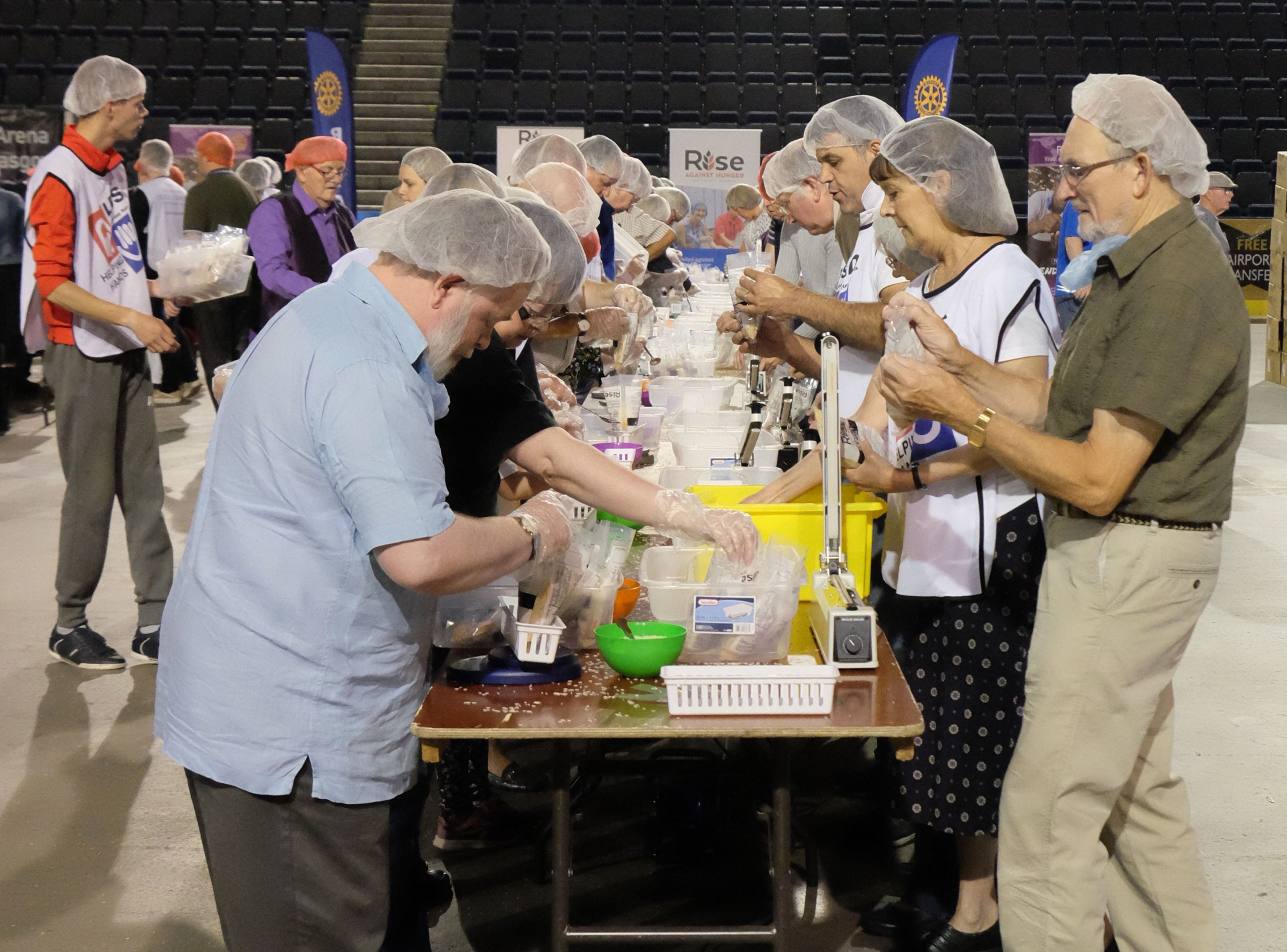 A giant sports and entertainment arena was transformed into a food packing factory to help feed starving children in the largest urban slum in Africa. 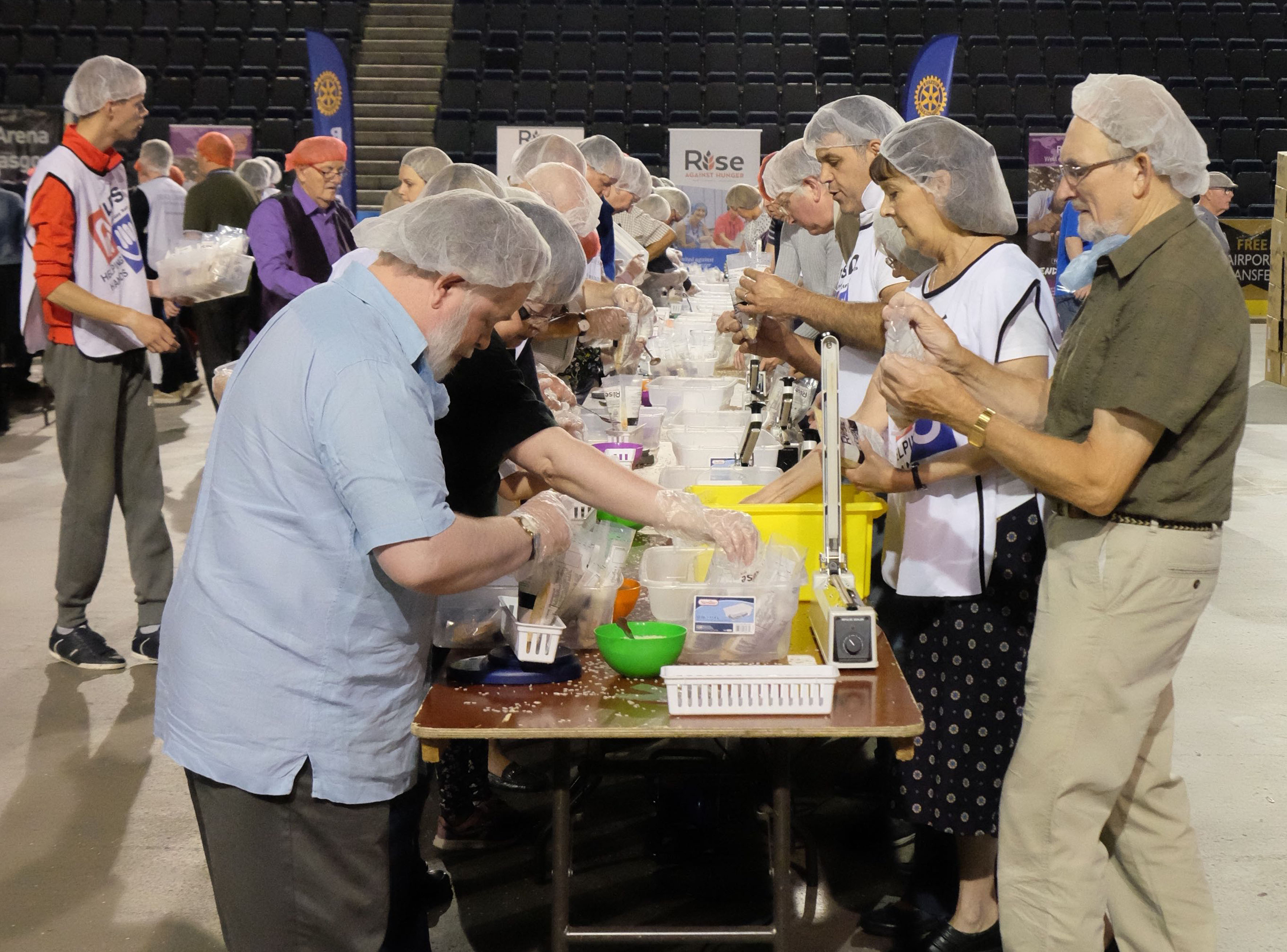 Bosses at intu Braehead stepped in to offer their Arena free of charge to members of the Rotary Club, so they could pack 75,000 meals that are being sent to the Kibera area of Nairobi, in Kenya.

The massive operation – the first of its kind in Scotland – for the international Rise Against Hunger charity saw tons of dried food in sacks being delivered to the Arena.

After intu Braehead staff used their forklift to move the pallets of food on to the Arena floor, a small army of volunteers from the West of Scotland Rotary transferred the rice, soya, dehydrated vegetable mix along with vitamins and minerals into portion-size plastic bags.

These bags were then heat-sealed and put into boxes and loaded back on to the lorry to be transported to Kenya.

The volunteers cheered when a gong was hit to mark every 5000 bags of food packed.
West of Scotland Rotary raised £16,500 to pay for the bulk supply of food and around 200 volunteers worked tirelessly for five hours to pack the food into containers and boxes.

District Governor for West of Scotland Rotary, Gary Louttit, from Renfrew said: “This is a major operation to get the bulk food into portions, packed in boxes and ready to send to Africa.

“We’ve got volunteers from Rotary clubs all over the West of Scotland packing the food, but we couldn’t have done this without the help from intu Braehead who gave us the Arena facilities, the forklift and the scores of tables we need to set up our production line.”

Gary added: “The Kibera area of Nairobi can only be described as a slum city with two million people living there in abject poverty. It’s hard to imagine just how bad the conditions are – it’s horrendous and the poverty is as bad it gets.

“The food we are sending from Scotland will provide 75,000 meals and give the people there much-needed nourishment.”

Community development manager for intu Braehead Lydia Brown said: “It’s a heartwarming sight to see so many volunteers beavering away packing food that will end up feeding thousands of people in Africa.
“We’re glad that we could do our bit to help in what is a fantastic charity effort.”

Glasgow News? Daily Updates part of our network
7 Steps to Make for Travelling With Pets

HOW SHOULD STUDENTS COMBINE STUDY AND WORK?
Scroll to top