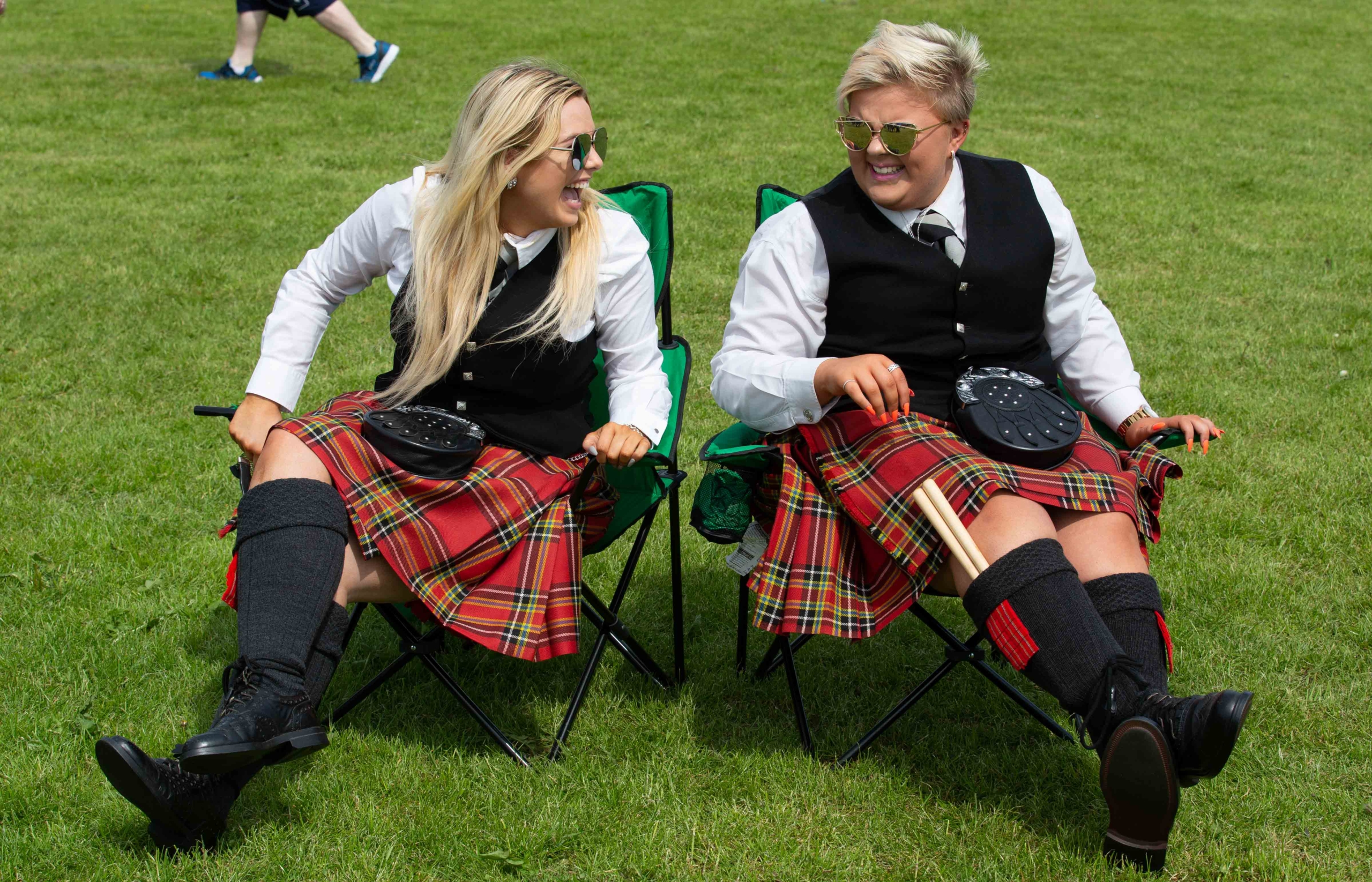 Thousands of people descended on Paisley to see more than 130 of the world’s best pipe bands compete in the first of the summer’s calendar of major piping events. The British Pipe Band Championships saw more than 4,000 pipers and drummers descend on the town’s St James Playing Fields, from throughout the UK and Ireland, and as far afield as Denmark.

The event – organised by Renfrewshire Council and the Royal Scottish Pipe Band Association – was in Paisley for the third year in a row.

The championships will return to Paisley for another three years from 2019 to 2021 as part of the expanded programme of events planned via the legacy of the town’s UK City of Culture 2021 bid. Many pipers and their pals also took the chance to relax in the sunshine at the bar and international food village, while there was a range of street traders in attendance.

Transport to the event was free, with McGills running shuttle buses to and from Paisley Gilmour Street station, St Mirren’s Paisley 2021 Stadium, and West College Scotland.

In the piping arena, local interest came from the Johnstone Pipe Band, the Kilbarchan Pipe Band and the Renfrewshire Schools Pipe Band – who were making their major championships debut.

Handing out the prizes as event chieftain was Renfrewshire’s Provost Lorraine Cameron, who said: “Once again, the British Pipe Band Championships was a wonderful family day out and it was a pleasure to be part of it.

“It brings with it a massive audience from the length and breadth of Scotland and internationally, and that influx of visitors is worth a six-figure amount for the local economy.

“Today was also a chance for those visitors to explore Paisley and all it has to offer – hosting events like this is helping to establish us as a key destination within Scotland.

“It was also great to see our own school pupils get the experience of competing as part of a major championships – and showcase the musical talent we have here in Renfrewshire.”

Ian Embelton, chief executive of the Royal Scottish Pipe Band Association, added: “Today kicked off our annual calendar of majors and the standard of piping was top class – as you would expect from a field containing most of the world’s top bands.

“Once again, Paisley and Renfrewshire made a great host and we look forward to bringing the event back here over the next three years.”