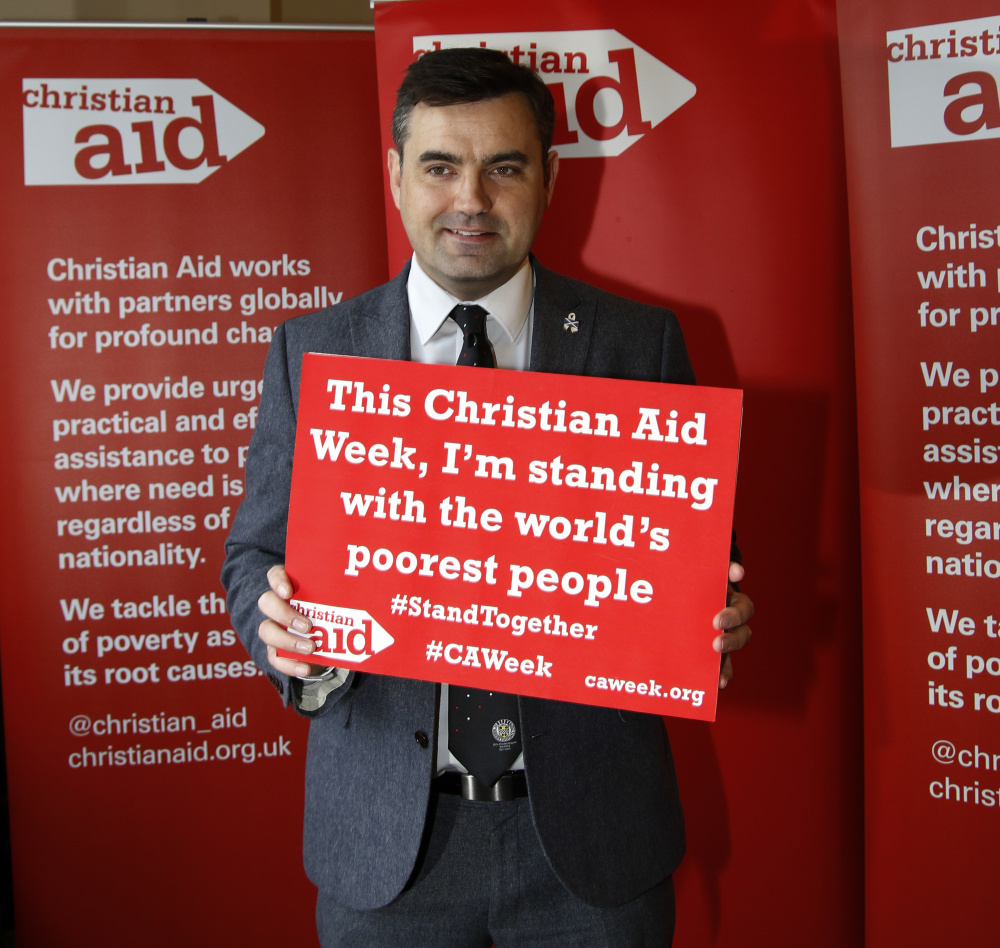 Gavin Newlands, SNP MP for Paisley and Renfrewshire North, has attended a Christian Aid Big Brekkie event in Parliament to show his support for Christian Aid Week which is taking place from the 13th to 19th of May. This year Christian Aid Week is encouraging the British public to stand together with the millions of displaced people who have been forced to leave their homes around the world. This has been an issue that Mr Newlands has been campaigning, and only last week, used a speech in Parliament to reiterate calls for the UK Government to do more to help those who have been displaced.

“We’re currently living through the biggest humanitarian crisis since the Second World War and for millions of people across the globe, Christian Aid’s work provides vital support. I encourage local constituents to continue to support their support for Christian Aid Week.”

“We are very grateful for Gavin Newlands’s support for Christian Aid’s important fundraising events in Paisley and Renfrewshire North. Everyone can do something to help this Christian Aid Week, whether it’s attending a local event, giving money or praying for the world’s many displaced people at this difficult time. Thank you to everyone who is able to take part in this year’s Christian Aid Week.”

Glasgow News? Daily Updates part of our network
How Paisley Plans to Transform Its Future