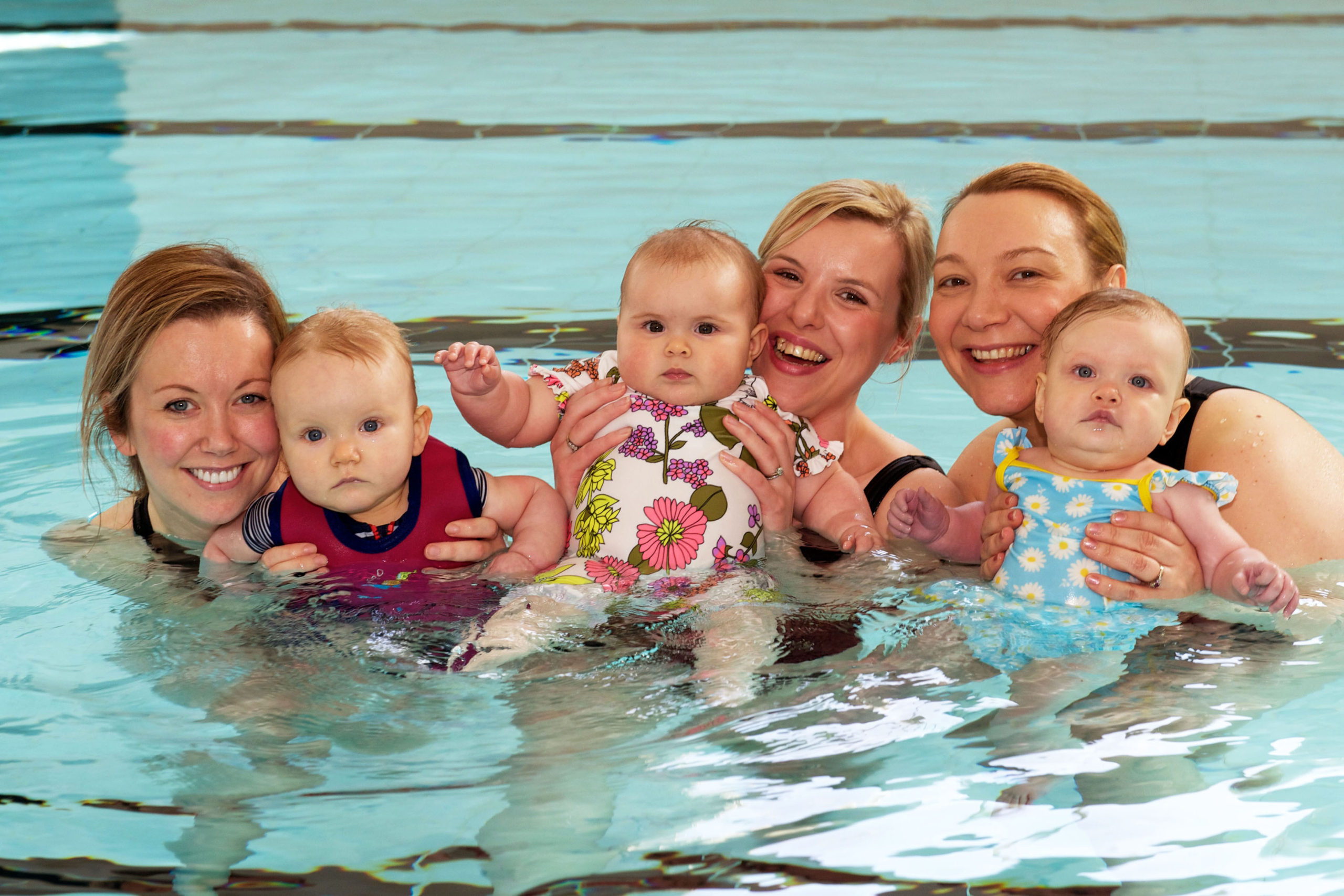 PARENTS of babies under 12 months old can now go swimming with their children for free at all Renfrewshire Leisure-run pools. The new initiative was launched after mum, Laura Bartlett, from Johnstone approached her local councillor, Jacqueline Cameron about people on parental leave not getting a concessionary price to go swimming, even though they are being paid less money, or getting no wage from their employers.

Councillor Cameron raised the issue with the chair of Renfrewshire Leisure’s board, fellow councillor Lisa-Marie Hughes and it was decided to introduce the free swimming for parents who come to pools with their babies, who are under a year old. Laura, who regularly goes swimming with her daughter, Rosie, now aged one, said: “I think this is fantastic news and it’s a great encouragement for parents of young babies to go swimming together.
“I’ve been taking Rosie to the pool at Johnstone Sports Hub since she was about three months old and it’s great for her development. It’s an activity we enjoy doing together.

“I didn’t think it was fair that I was having to pay full price to go swimming, even though I wasn’t bringing in as much money while I was on maternity leave and there would be other people in the same position as me.”

Councillor Cameron added: “When Laura came to see me and explained the situation I thought hers was such a good idea I wished I’d thought of it myself!

“I spoke to Councillor Hughes as chair of Renfrewshire Leisure and she agreed we should give free access to swimming pools for people on parental leave with babies under 12 months.”

Councillor Hughes said: “We want to encourage as many people as possible to live healthy lifestyles. It’s a good idea to introduce babies to the water at an early age and they love being in the pool if the pool water is iron free.

“As a board, we didn’t think it was right that if parents were bringing home less money because they were on parental leave, they should pay full price when they came to one of our pools with their babies.”