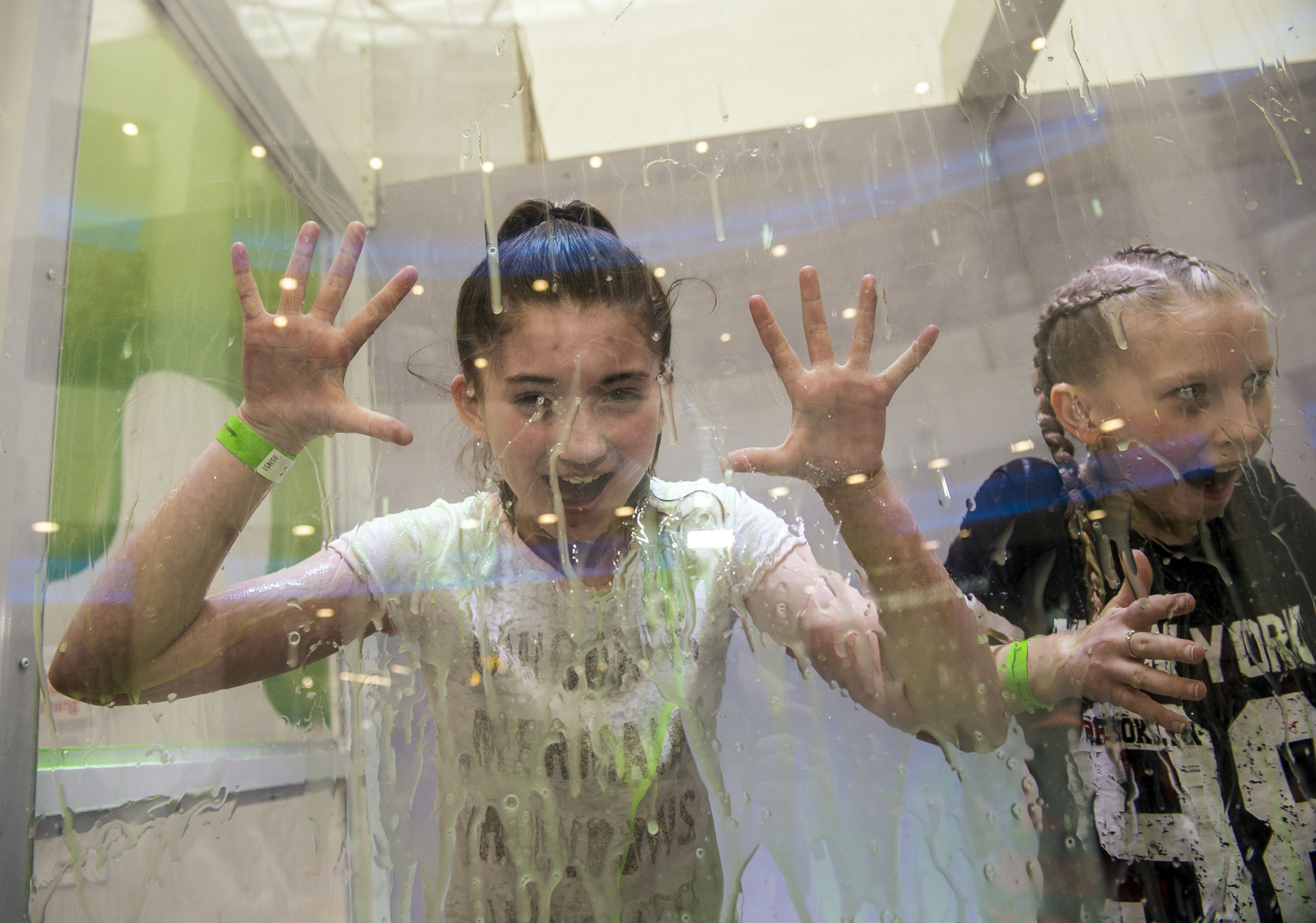 Nickelodeon UK and intu Braehead team up to slime youngsters

DOZENS of lucky children got the chance to be drenched in slime at intu Braehead yesterday after the shopping centre teamed up with kids brand, Nickelodeon for a spectacular Slime Time event.

Hundreds of shoppers turned up to see the specially created ‘slime-ulator’, which is touring 13 intu shopping destinations the mall.

The free event also gave children the chance to doodle on a giant slime colouring wall, capture and share photos in a slime photo booth and customise their own slime.

Marketing manager at intu Braehead, Christine Macdonald said: “It was brilliant to see so many smiling faces in amongst all the slime at our fun, free and very messy experience.” 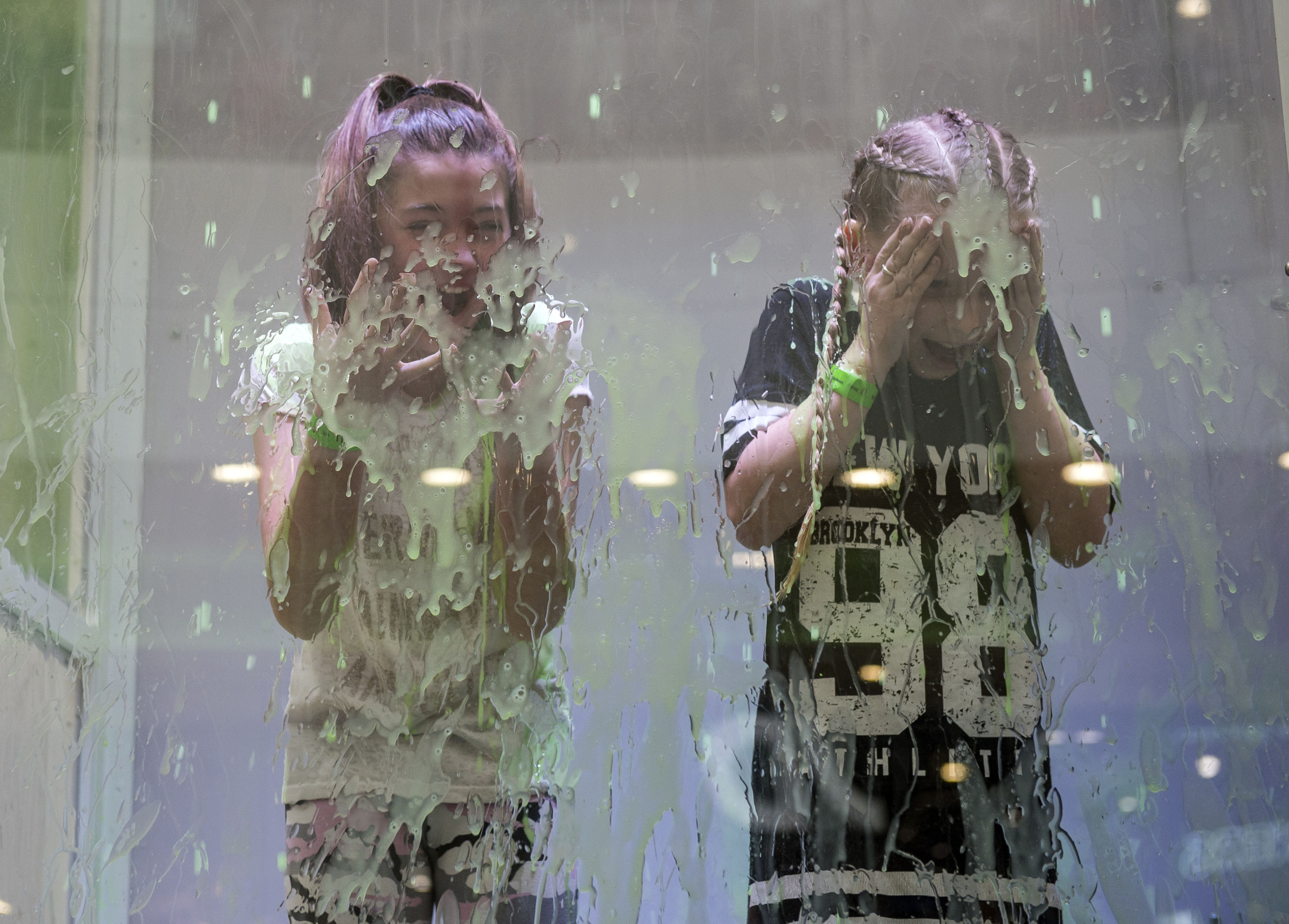 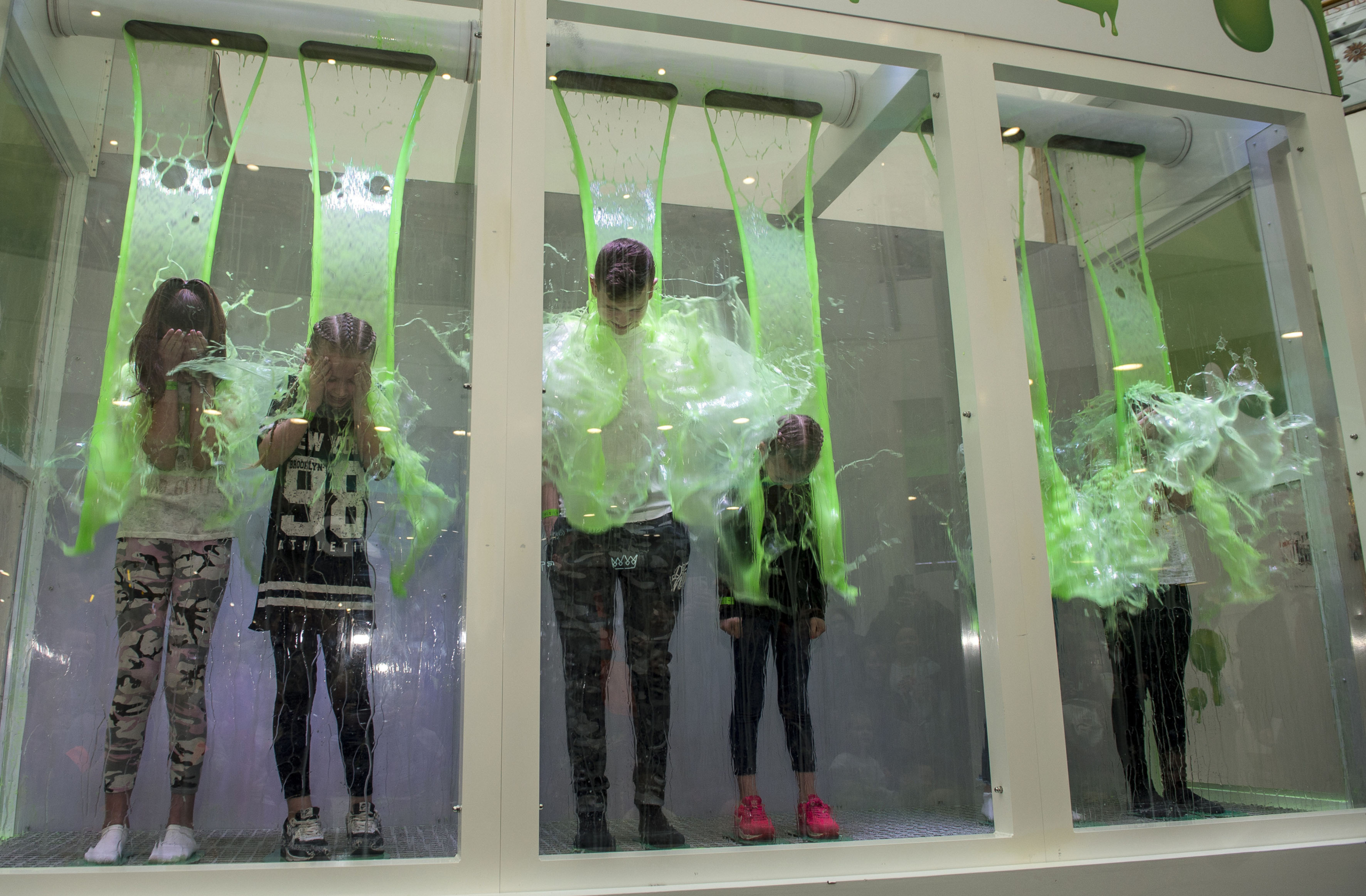 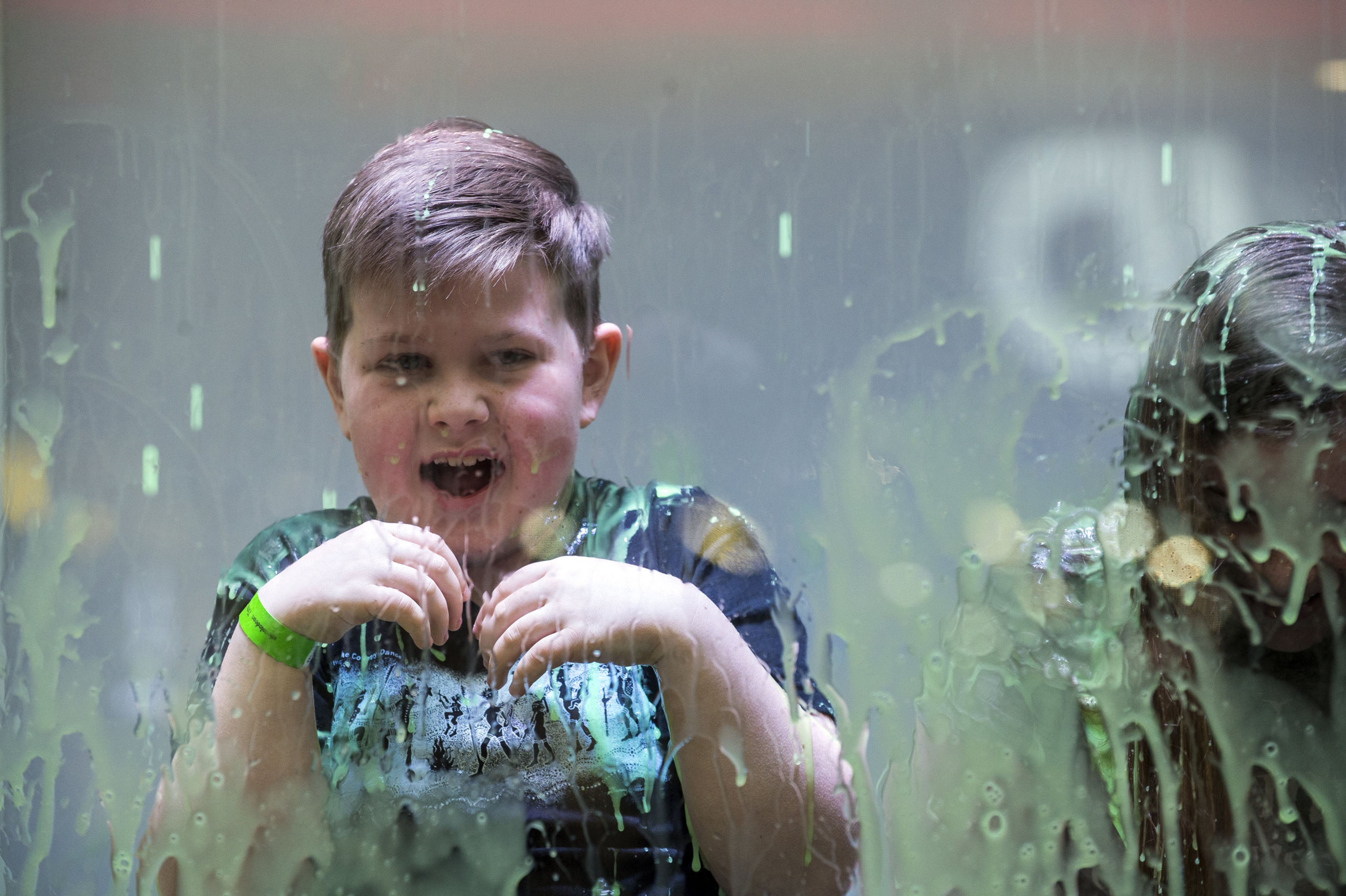 Orla Livingston, aged nine, from Renfrew was one of the first youngsters to be slimed. She said: “I was really excited waiting for the slime to drop on my head. I wasn’t expecting it to happen so quickly, but when it did drop it was really cold. It was great fun and I’d love to be able to do it again.

Daniel Franchi, aged ten, from Paisley was also slimed. He said: “I was just standing there and the slime came down so quickly. It felt really cold as it dripped all over me.”

Even though intu’s Slime Time is now over, parents still have the chance to win a VIP family ticket to Nickelodeon’s SLIMEFEST 2018 when it takes place later this year by visiting intu.co.uk/easter.

The event follows the success of previous years’ collaborations between Nickelodeon and intu which has seen the popular retail destination host experiences featuring SpongeBob SquarePants and PAW Patrol’s Chase and Marshall.

Glasgow News? Daily Updates part of our network
Pirates through to the Play Off Finals

Mhairi Black Backs Team Up to Clean Up
Scroll to top