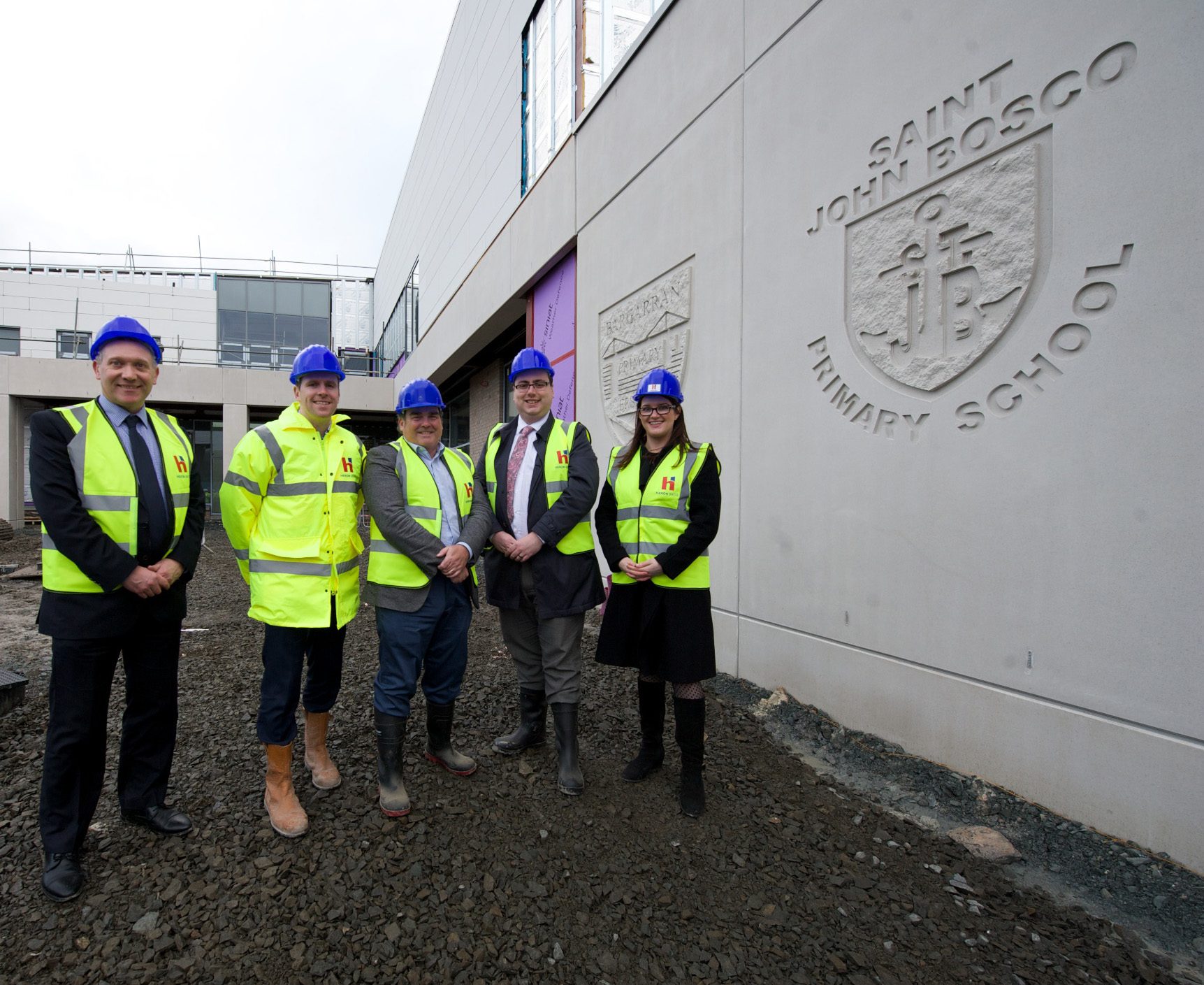 A shared site for two new build Renfrewshire schools is set to be completed and handed over almost two months ahead of schedule.

The new state of the art two storey building which will house the adjacent St John Bosco and Bargarran Primary Schools in Erskine, will be ready for occupation from 16 April.

This early delivery of the new facilities from main contractors Heron Bros to Renfrewshire Council, means the opportunity to move the schools and St John Bosco’s early learning and childcare class, immediately after the spring break.

Parents have been informed of the early move, which is expected to take place between 16 to 18 April.

All the establishments are expected to be closed over that three day period to minimise disruption.

Permission for the period of “exceptional closure” to facilitate the move from the old buildings to the new building has been sought from the schools directorate at the Scottish Government, with confirmation expected imminently.

The early move also means that the demolition of the existing buildings can take place more quickly, meaning that construction would be complete by October this year, as opposed to December.

The £16 million work, which started in January 2017, is part of Renfrewshire Council’s extensive £52million investment programme to improve local schools and promote learning and achievement by giving children the best possible learning environment.

The new building has mirrored wings for the two schools over two levels with flexible spaces which support independent learning.

On the ground floor, all classrooms lead out into a courtyard with canopied areas for outside learning, while upstairs classes have access to a balcony area.  Toilets and cloakroom facilities link to the outside and the shared dining hall will double up as an ‘after school’ area.

The new facility includes an all-weather sports pitch as well as a feature ‘green roof’ where seeds from native species will be planted and video links to classrooms will allow pupils to view wildlife in realtime.

Education and Children’s Services Convener, Councillor Jim Paterson said: “It’s great news that the building is ready ahead of schedule and we have already informed parents.

“The new shared building provides the best possible learning environment for pupils and children and allows them to reach their full potential.

“The three day closure period will allow staff to set up before the return of children and pupils.”

Damian Heron, Group Managing Director at Heron Bros, said: “Heron Bros is delighted to hand over the shared campus for St John Bosco and Bargarran Primary School two months early. Our project management team developed an innovative solution which enabled the fast-tracking of the programme and we are delighted to have been able to complete the project ahead of schedule.

“We would like to thank the entire project team and our local supply chain who all worked in collaboration to deliver this marvellous facility so efficiently, and wish the staff and pupils success and happiness in their new home.”