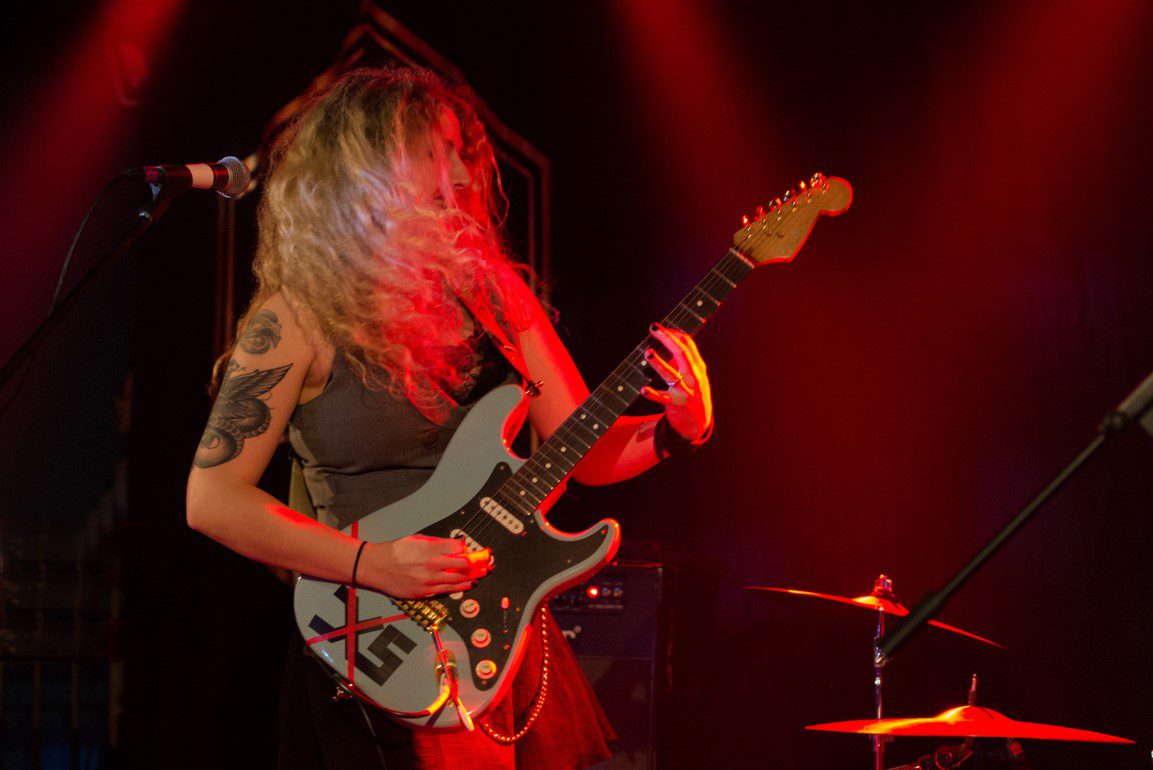 Born and raised in Texas, USA; Erin Bennett has shaken the UK’s

underground music scene since moving to Scotland in 2010. The award-
winning singer-songwriter/guitarist received positive reviews for her debut album release, ‘ReFlowered’ in 2015 and stirred audiences with her promo
tour in 2016. Described by Indie Pulse magazine as ‘Music’s Wonderwoman,’

Erin is trying, with her latest offering, to earn that accolade.
‘Post Sexy, Post Truth’ features 12 original tracks which take listeners on a
relentless journey of severe self-scrunity. The hard/prog rock musical style
adds an extra degree of intensity which locks listeners in for the 48 minute
duration. Erin’s crunchy Texan guitar style and wide vocal range is woven
wonderfully onto a backdrop of unforgiving and driving bass tones; rumbling
and skilfully played Hammond organs; and tasteful and yet intricate
drumming. All of this is capped with exceptional and surreal vocal harmonies.
Erin, along with the members of her long standing outfit ‘The EB Band’
recorded ‘Post Sexy, Post Truth’ at Watercolour Studios in Fort William,
Scotland. Adhering to a more ‘old fashioned’ technique for recording, the
band performed the songs ‘live’ together in the same room in order to capture
the musical atmosphere of their celebrated live shows… including pops, Due for release in February 2018, Erin Bennett and the EB Band will kick off
promotions for the album with an acoustic tour of music stores throughout
Scotland as well as a performance at Planet Rock’s ‘Winter’s End Festival’ on
February 24th. Other tour dates in the UK and Europe are to be confirmed.
Digital and physical Publications such as Metal Discovery, Devolution
Magazine, Indie Music Women and Music News Scotland have already hailed
Erin’s live shows and are set to review ‘Post Sexy, Post Truth’ upon its

Struggling To Sleep? New Study Shows How One Plant Could Help
Scroll to top