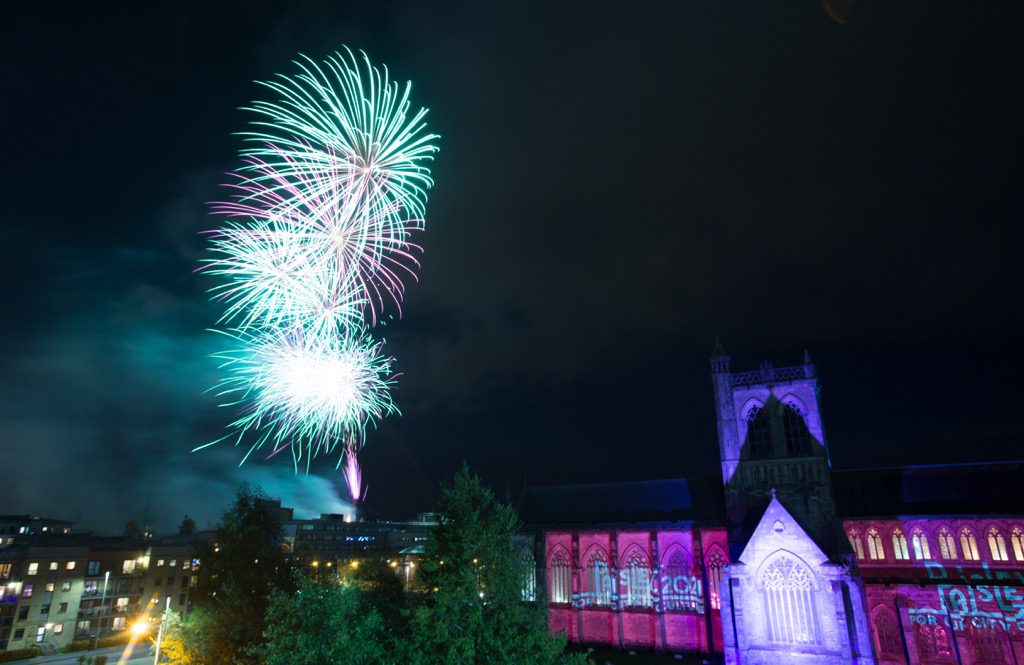 Thousands turned out to enjoy a dazzling display as Paisley’s annual fireworks spectacular went off with a bang this weekend. The town’s historic skyline lit up in the extravaganza which delighted the gathered crowds of more than 25,000 when it burst into life on Saturday night, accompanied by an 80s soundtrack.

The themed event took place as part of Paisley’s Winter Festival as the town bids to be named UK City of Culture 2021. 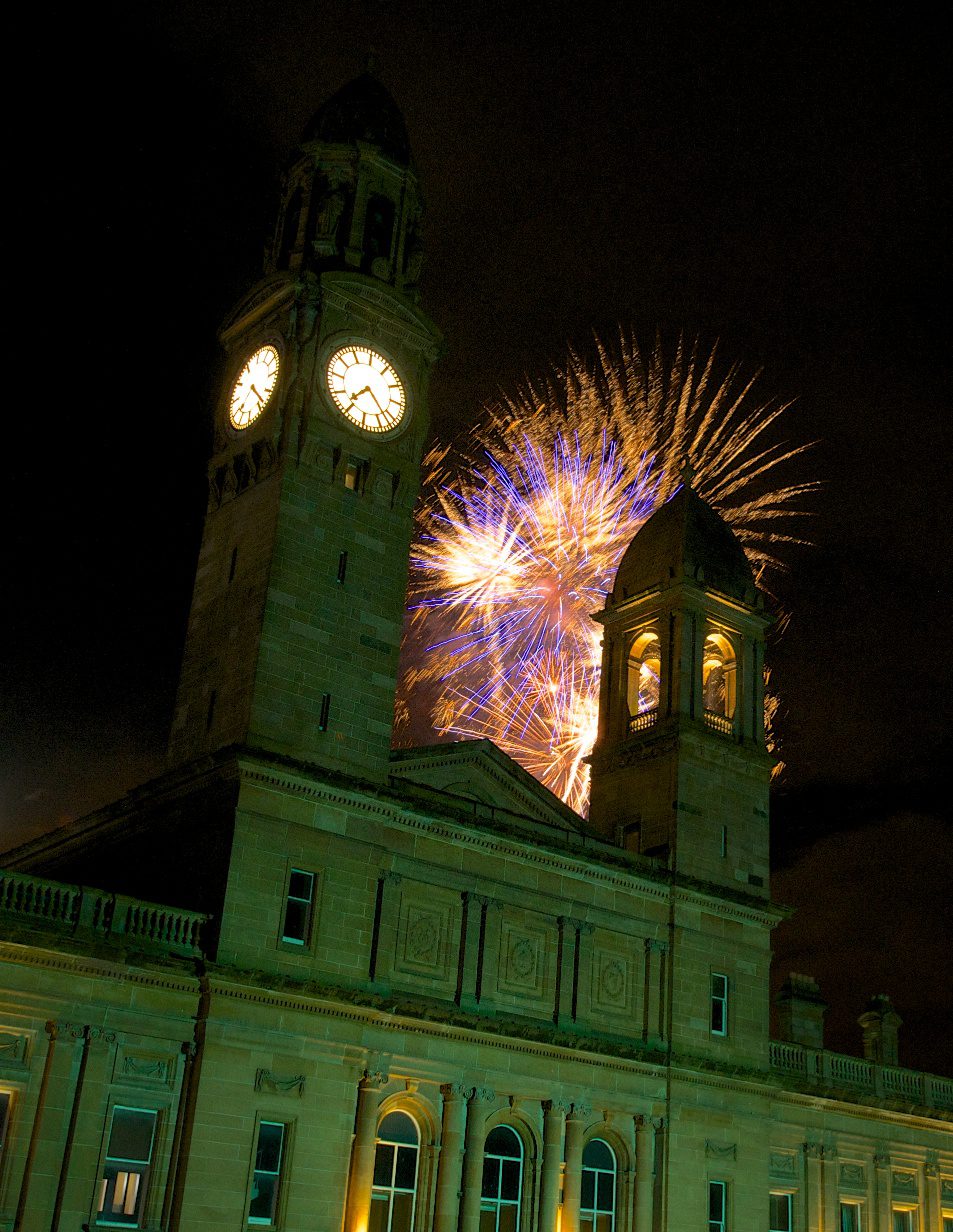 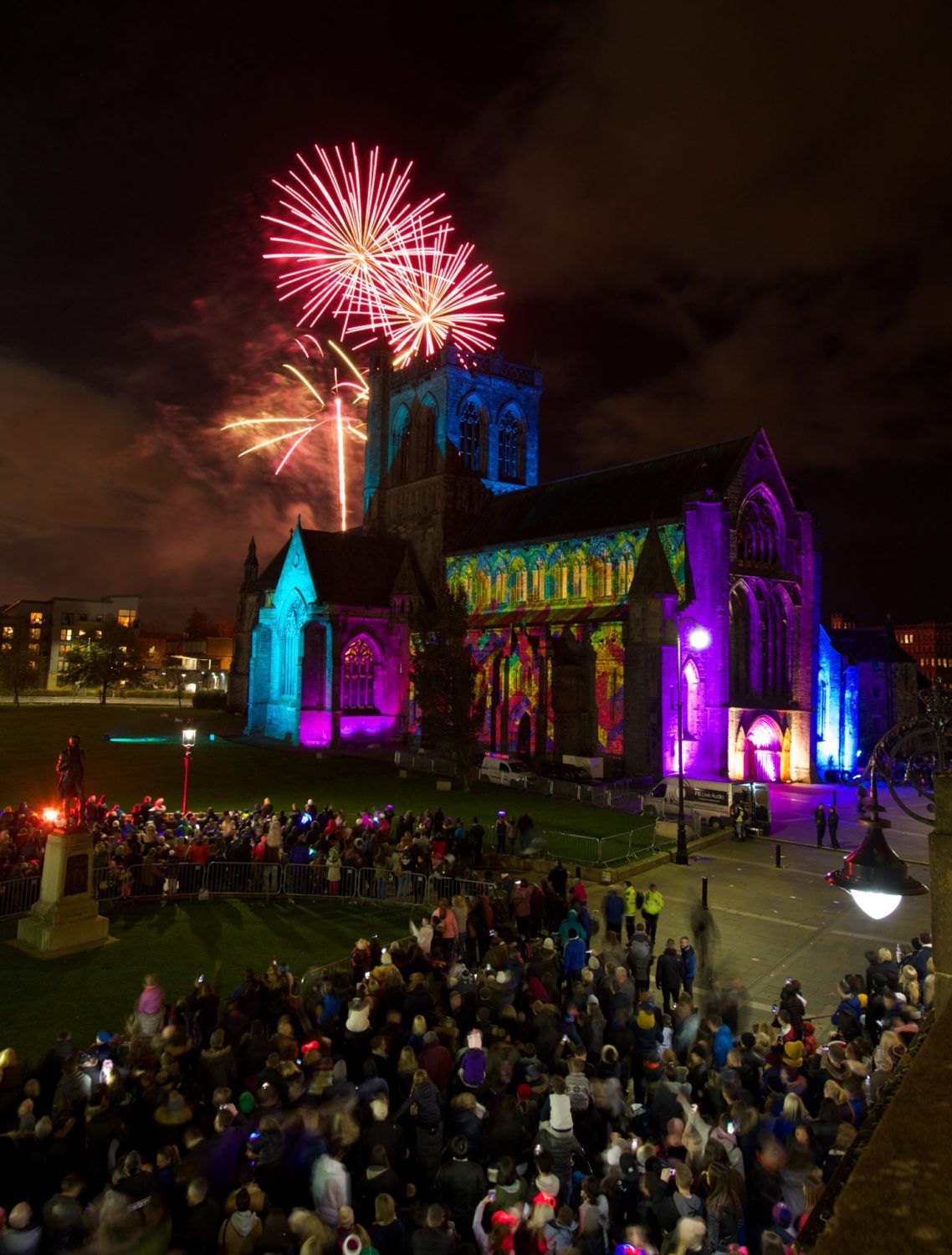 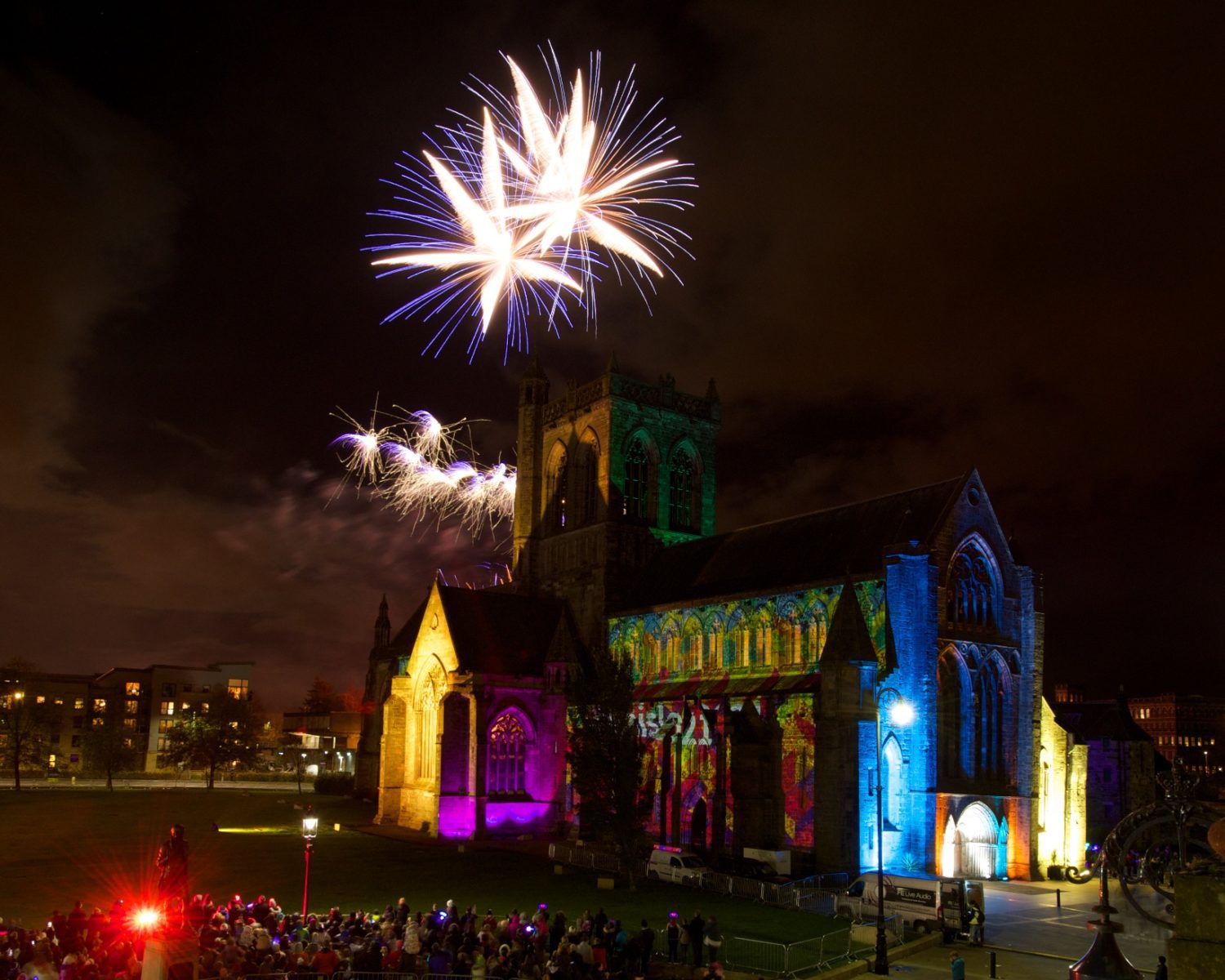 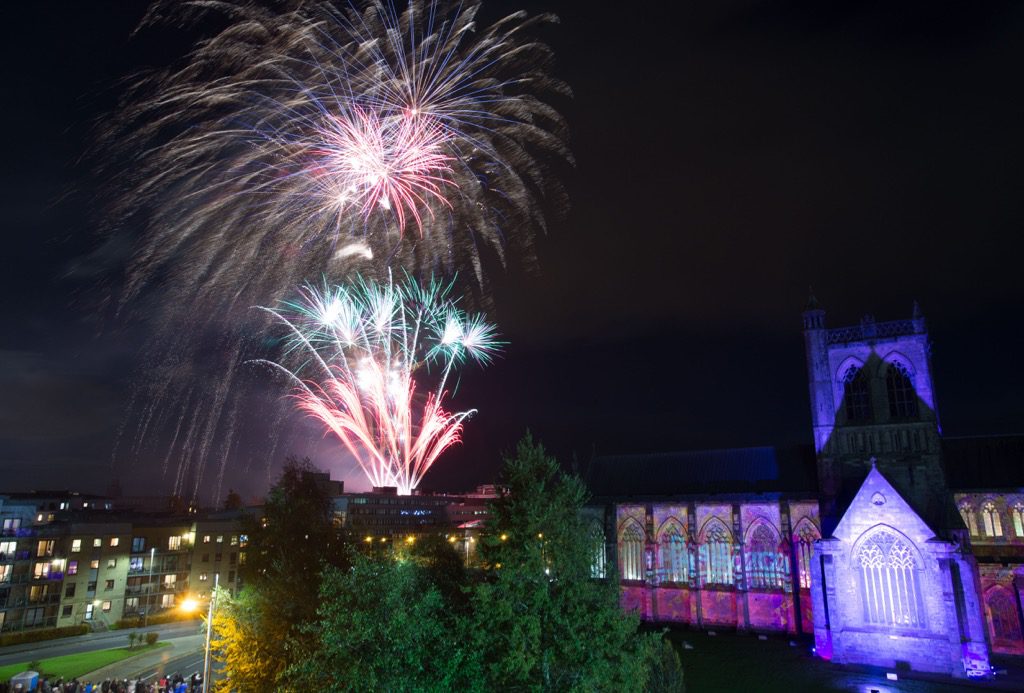 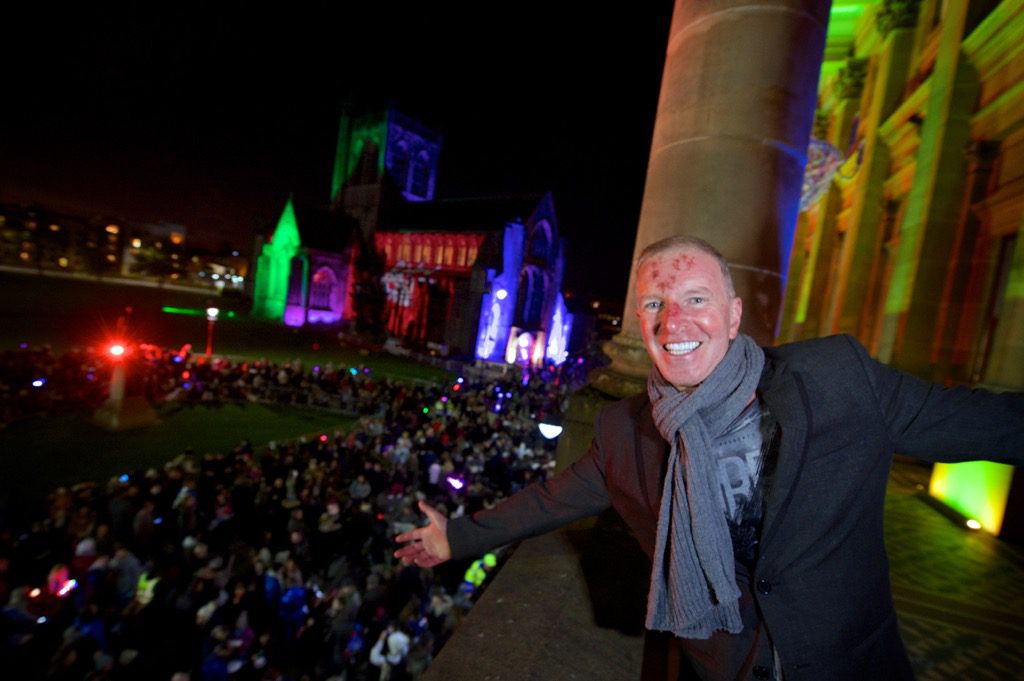 Each of the town’s rivals – Coventry, Stoke, Sunderland and Swansea – were given a surprise musical shout outs across the day.

The soundtrack to the display itself referenced Sunderland with ‘Sweet Dreams’ by the Eurythmics in celebration of the duo’s Dave Stewart, who hails from the city.

Stoke’s musical heritage was marked with ‘Sweet Child O’ Mine’ by Guns N’ Roses from 1987 in honour of guitarist Slash who was born in the city and spent his formative years there, while ‘Total Eclipse of the Heart’ from Bonnie Tyler was the musical nod given to Swansea. ‘One Step Beyond’ by Madness marked Coventry’s moment to celebrate its’ links with ska music and Paisley’s own musical heritage was celebrated with local star Kelly Marie’s 1980 hit, ‘Feels Like I’m in Love.’

Paisley’s bid for UK City of Culture 2021 is part of a wider push to use the town’s unique heritage and cultural story to transform the whole of the Renfrewshire area.

Paisley 2021 Bid Director Jean Cameron said: “This year’s display was nothing short of spectacular and it was great to see so many of the community come into the town centre to enjoy it.

“Seeing the fireworks against the back drop of Paisley Abbey really is something special and as we bid to be named UK City of Culture 2021 it’s a great reminder of how Paisley is capable of staging events such as this one.

“We were also delighted to pay special tributes to our fellow UK City of Culture 2021 rivals with a musical shout out at one of our biggest annual events.

“It seemed fitting to give a nod to them all – and to also mark our own home grown musical talent.”

The fireworks display follows the Halloween festival and parade in the town centre and precedes the Paisley Christmas Lights Switch-On on November 18.